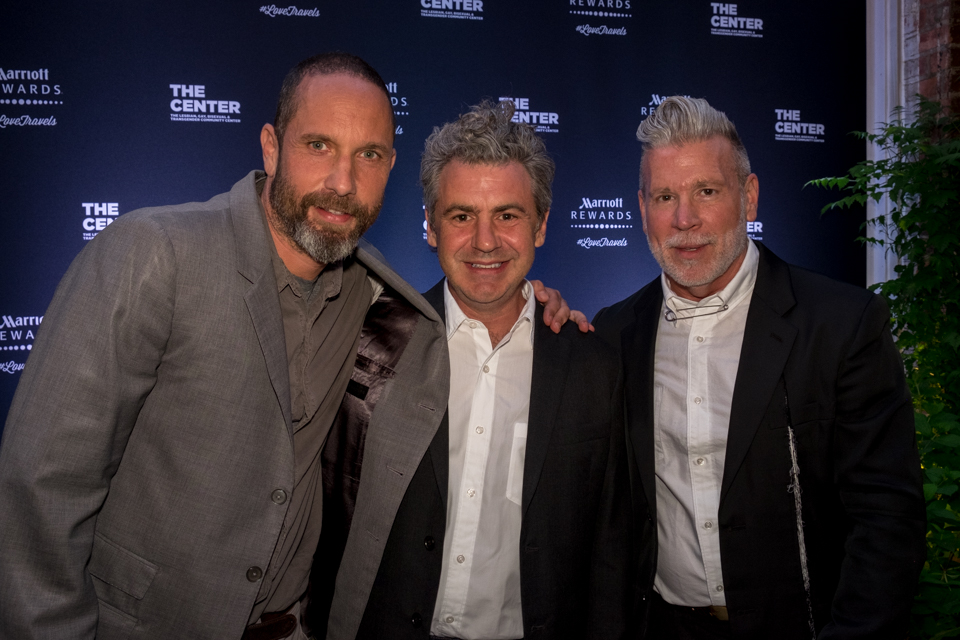 “This event has become so special to all of us here,” said Speliopoulos. “It’s rare that our community is able to come together in a community space like this and support the organization and special things The Center does here in New York.” Fashion Centered emphasizes The Center’s work to support the transgender and gender nonconforming communities, from counseling and groups to programs that focus on economic stability. Testone reminded guests that although media exposure may give the impression of progress, transgender and gender nonconforming people still face serious issues on a daily basis.

The evening, which was sponsored by Marriott Rewards, featured a three-course family-style dinner, starting with tuna, chicken breast, a medley of greens, salad, (addictive) thin bread sticks, and a to-die-for dessert of frozen berries in white chocolate sauce plus a chocolate shortbread cookie. We sat with DJ Mia Moretti (who rocked an adorable pink embellished Gucci dress and is getting ready to give a speech at a school in San Francisco), and John Derian and Steven Johnson. Nearby were Prabal Gurung, Eddie Borgo, Anthony Thomas Mellilo, Andreja Pejić, Victor Alfaro, Narciso Rodriguez, LadyFag, and Alexis Bittar. Post-dinner, the crowd participated in the live auction, which raised over $300,000, topping last year’s fundraising goal.