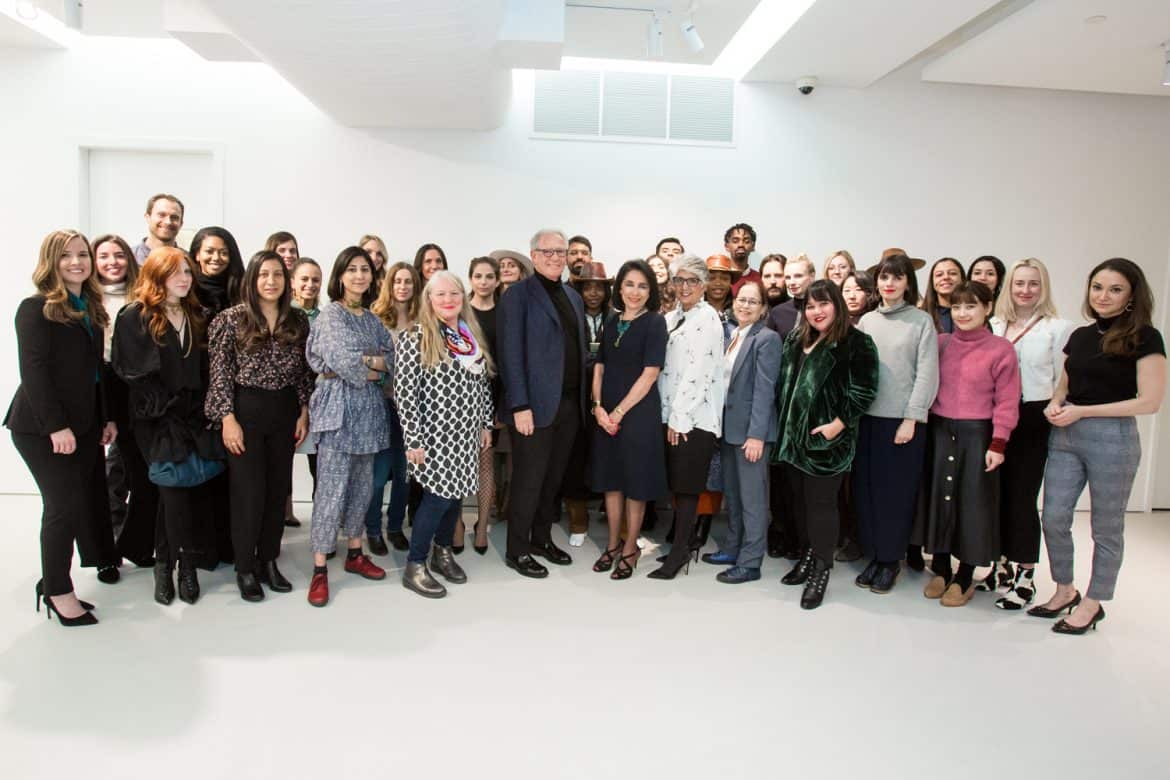 The Design Entrepreneurs class of 2020 (Courtesy)

No one has ever said working in fashion was easy. It’s a notoriously difficult industry, being both fickle and competitive. But when trying to launch one’s own business or brand, things become exponentially harder. But for the past eight years, the Fashion Institute of Technology has been trying to level the playing field with it’s Design Entrepreneurs program — a mini-MBA that culminates in a $100,000 grand prize, and a runner-up prize of $50,000. The program officially kicked off last week with a mixer at founding sponsor G-III Apparel Group’s New York showroom. Participants got the chance to mingle with each other and past winners over wine and cheese, knowing that in just a few days they would be embarking on a six-month intensive course, featuring a series of workshops and networking salons.

In the past decade grant competitions like the LVMH Prize and the CFDA/Vogue Fashion Fund — which include mentorship opportunities as part of their prize — have become major stepping stones for young designers in need of help. But what sets DE apart is that participants are given career advice and education throughout the program, rather than as an added bonus for the ultimate winner. This means that even those who don’t walk away with the grant money have still acquired a valuable business education.

“It’s a particularly difficult time to be in the womenswear business made in New York City at the price point we’re at. I felt it was important for me to put myself in an environment where I could get some good feedback,” said Victoria Hayes, one of this year’s candidates. Hayes, who didn’t receive any business advice in fashion school, earned a masters degree in design management. But even then, she found her education lacking. “What I learned wasn’t specific to the garment industry or the fashion industry, or anything related to a creative, artistic product. I feel like we got an overview of how to just be in business, not this kind of business. And [DE] is specific to what I do.”

Despite being a young competition (this is only the eighth iteration of the program), DE has amassed some impressive alumni, including Chromat and Eckhaus Latta. And this year’s program promises to yield more promising names. In addition to Hayes, the 2020 cohort includes Jameel Mohammed, who’s jewelry brand, KHIRY, has been worn by the likes of Solange and Yara Shahidi. But Mohammed is quick to clarify that celebrity clients do not necessarily mean success.

It is a big deal, but that doesn’t mean you’ve made it,” he told The Daily. “It is an accomplishment, and you are able to monetize those appearances at times, but that doesn’t mean that you have a business that is growing at a sustainable and hopefully execrating rate. And those things can be very piecemeal as well… You really need a robust set of systems to capitalize on that attention.”

Building those systems — and ultimately KHIRY’s business — is one of his main goals for participating in DE. But like Hayes, he sees the specificity of the program, and the expertise of the people behind it, as its most invaluable feature.

“Fashion as an industry has not really been focused on as a major area of investment from private sector investors,” he comments. “There’s a value in fashion businesses and brands, but it takes longer. Typically, the people who are going to invest in promising entrepreneurs in this space are people who understand the actual ins and outs of this business… That’s why grants like this are important, they’re coming from a community of folks who really understand the intricacies of this business, and the ways in which it’s very specific. And they can guide you in the right direction and provide you, hopefully, with a little bit of the startup capital that you need to be able to execute that vision.”

Net-A-Porter Is Bringing Sustainable Beauty to the Forefront

Gigi Hadid Called For Jury Duty at Weinstein’s Trial, CEO Returns to Away