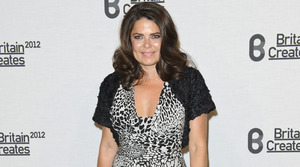 (NEW YORK) Daniella Helayel, founder and creative director of Issa London, will be exiting the company after over a dozen years at the label she launched. She will be succeeded by Blue Farrier, who’s done stints at fashion houses like Chloé, Stella McCartney, Sandro, and Anya Hindmarch.

Issa garnered fame when Kate Middleton began wearing its dresses and was snapped frequently in them at high profile press events. Rumors have suggested that Helayel has been unhappy for some time. News of her departure comes two years after Camilla Al Fayed of the Harrods fortune (through her father Mohammed Al Fayed) bought a 51 percent stake in the company. Al Fayed has been trying to position the brand globally. The brand recently opened its first freestanding store in Japan and has a 40-piece collection slated to debut August 6th with Banana Republic. What does life look like after Issa? Helayel plans to travel and focus on her art.