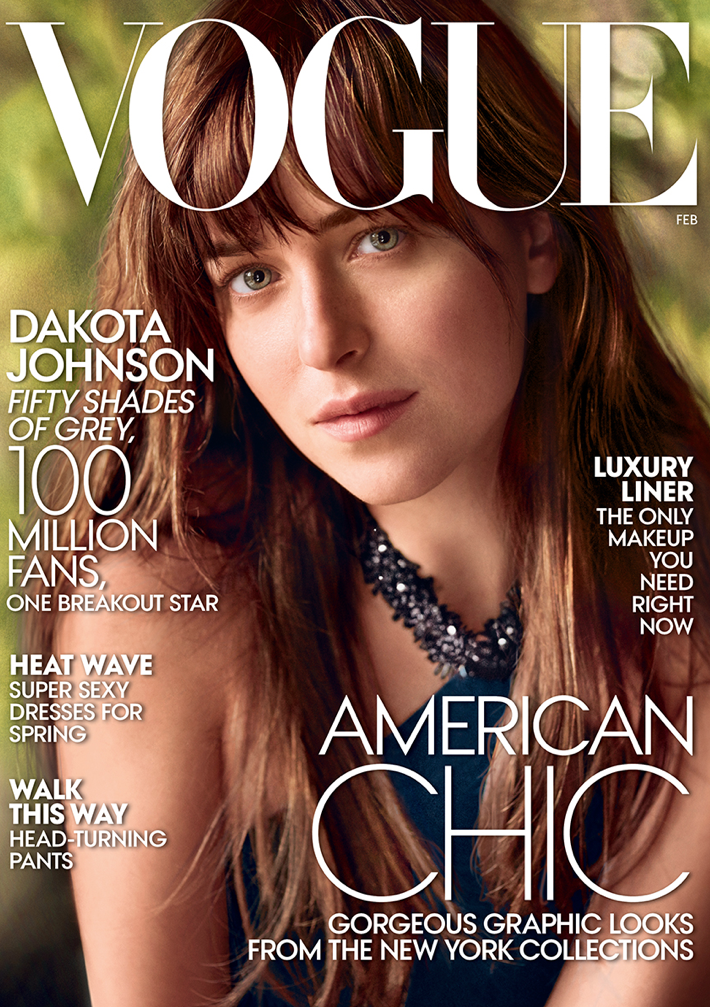 Vogue puts a fresh face on the cover of their February issue with Dakota Johnson, (daughter of Melanie Griffith and Don Johnson!!!) who is front and center on the PR trail to plug her upcoming film, Fifty Shades of Grey. In an interview with Hamish Bowles titled, “An Interview with a Woman on the Brink of Fame” she opens up about how her life is about to change in 3,2,1… “I think about my dwindling anonymity,” she says, “and that’s really scary because a very large part of me would be perfectly happy living on a ranch in Colorado and having babies and chickens and horses—which I will do anyway.” She also says that watching herself in Fifty Shades has proven to be difficult. “I’ve never seen anything like it. But it’s confusing to the brain—I still can’t look at it objectively or wrap my head around it. The parts of the movie that are difficult to watch were even more difficult—and emotionally taxing—to shoot.” Vogue hits stands tomorrow and the film adaption of Fifty Shades of Grey hits cinemas on February 13th.

When it comes out, I will get a few vodkas before going to a theater, so I can sit through it. This is not going to be a movie for a sober crowd.