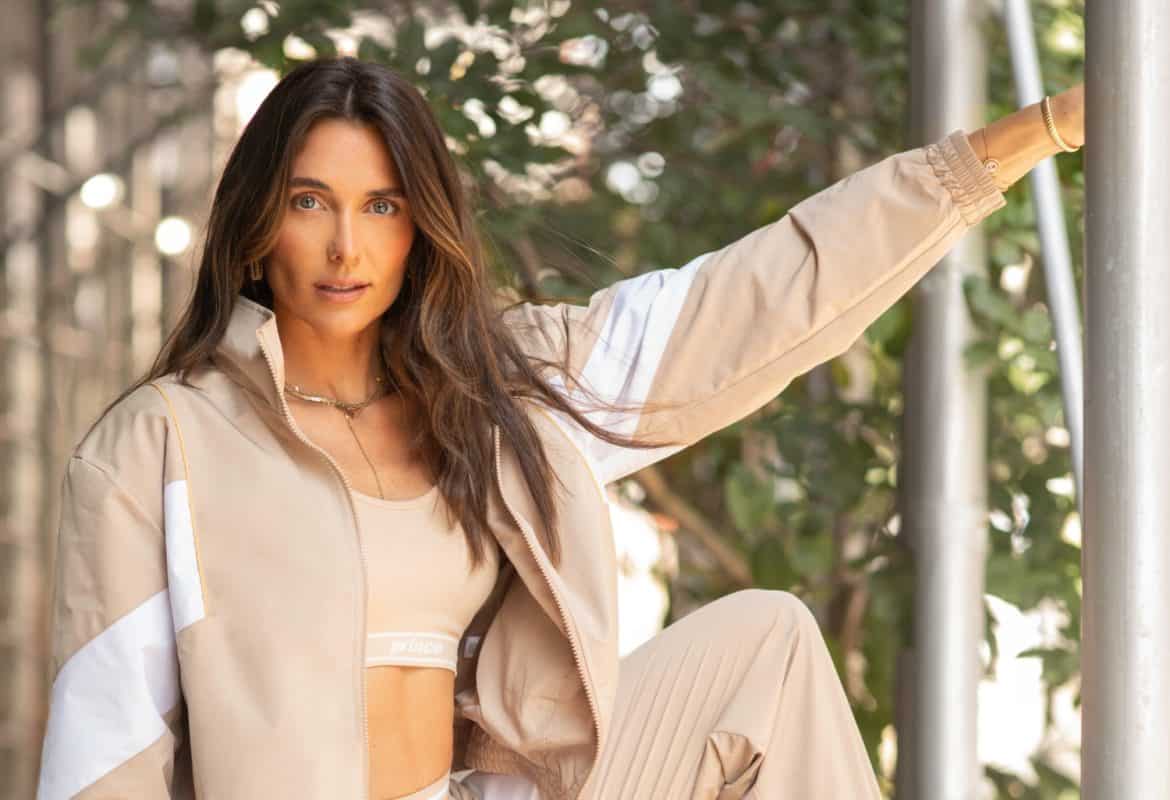 Melissa Wood Health, the fitness brand founded by New York City-based health and wellness entrepreneur Melissa Wood-Tepperberg, has amassed hundreds of thousands of followers for its low-impact, do-anywhere-anytime workouts. And now, fans can stock up on MWH-approved outfits that are as adaptable and versatile as the exercise premise itself. The mom-of-two has collaborated with Prince on performance-wear that moves, stretches, and flows in line with a busy lifestyle—from the mat to the street. The collection of bralettes, bodysuits, tracksuits, accessories, and more starts at $15 and runs in sizes XS-XL launches today at princeoffcourt.com, with select styles also available on Intermix and Shopbop. 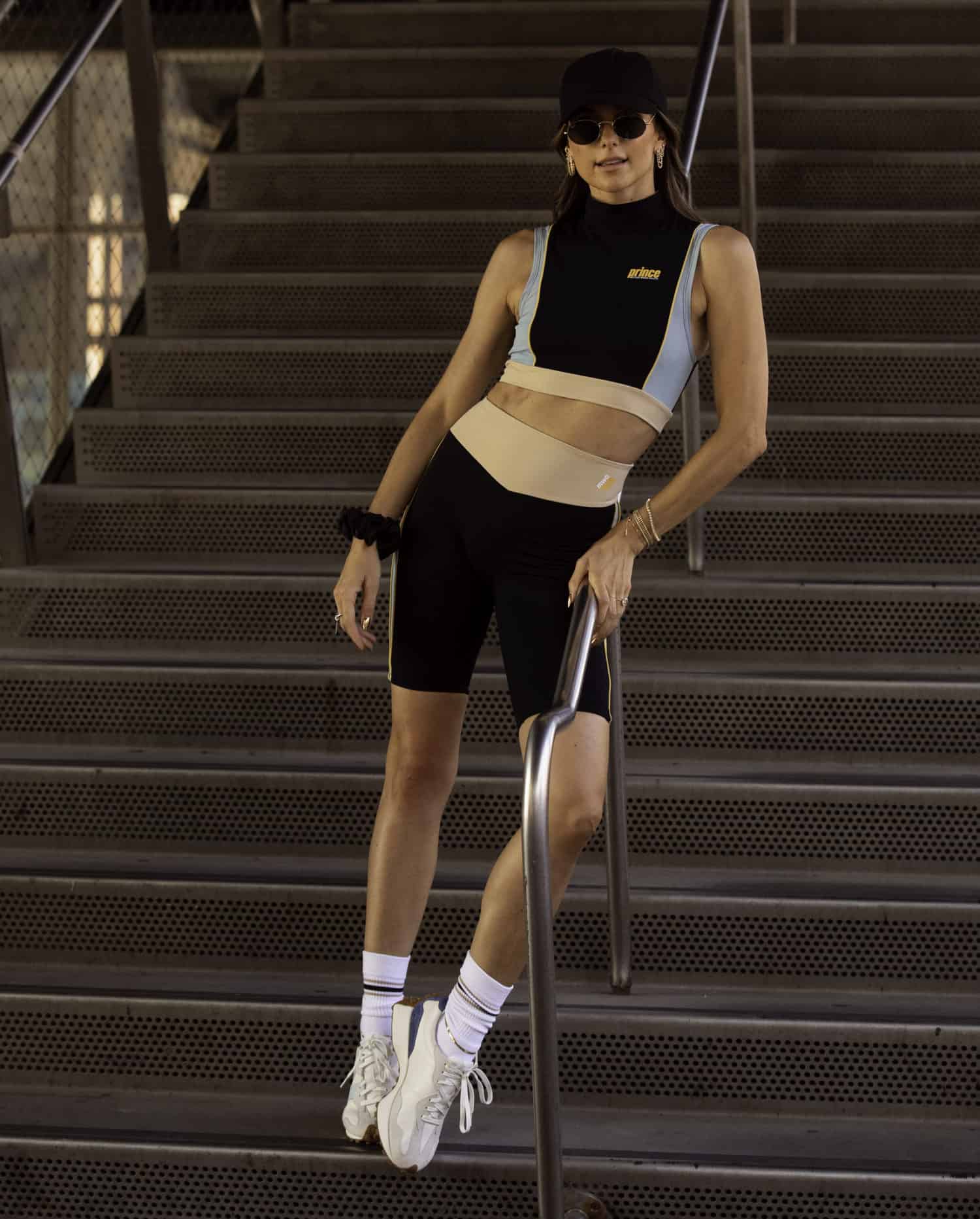 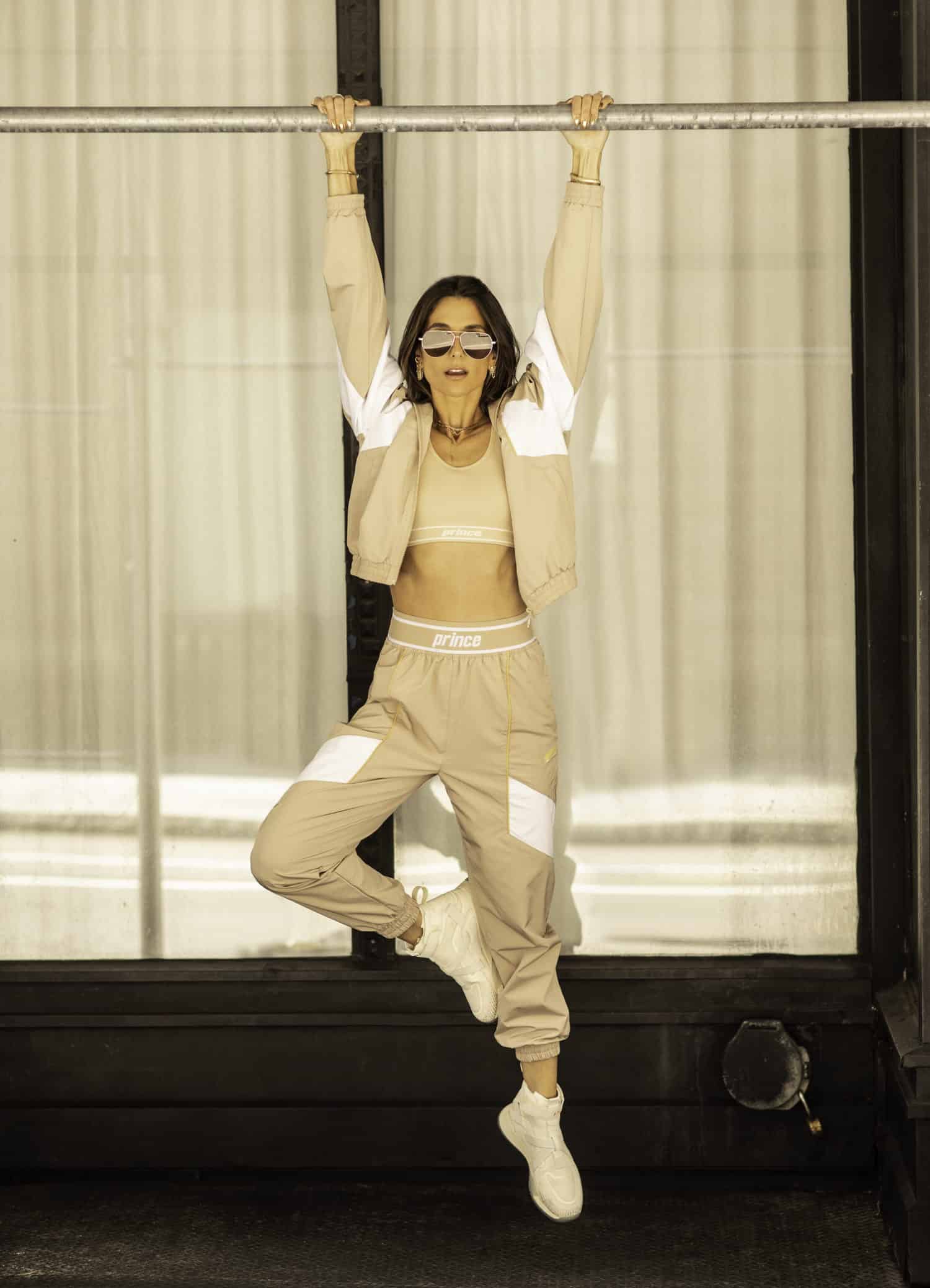 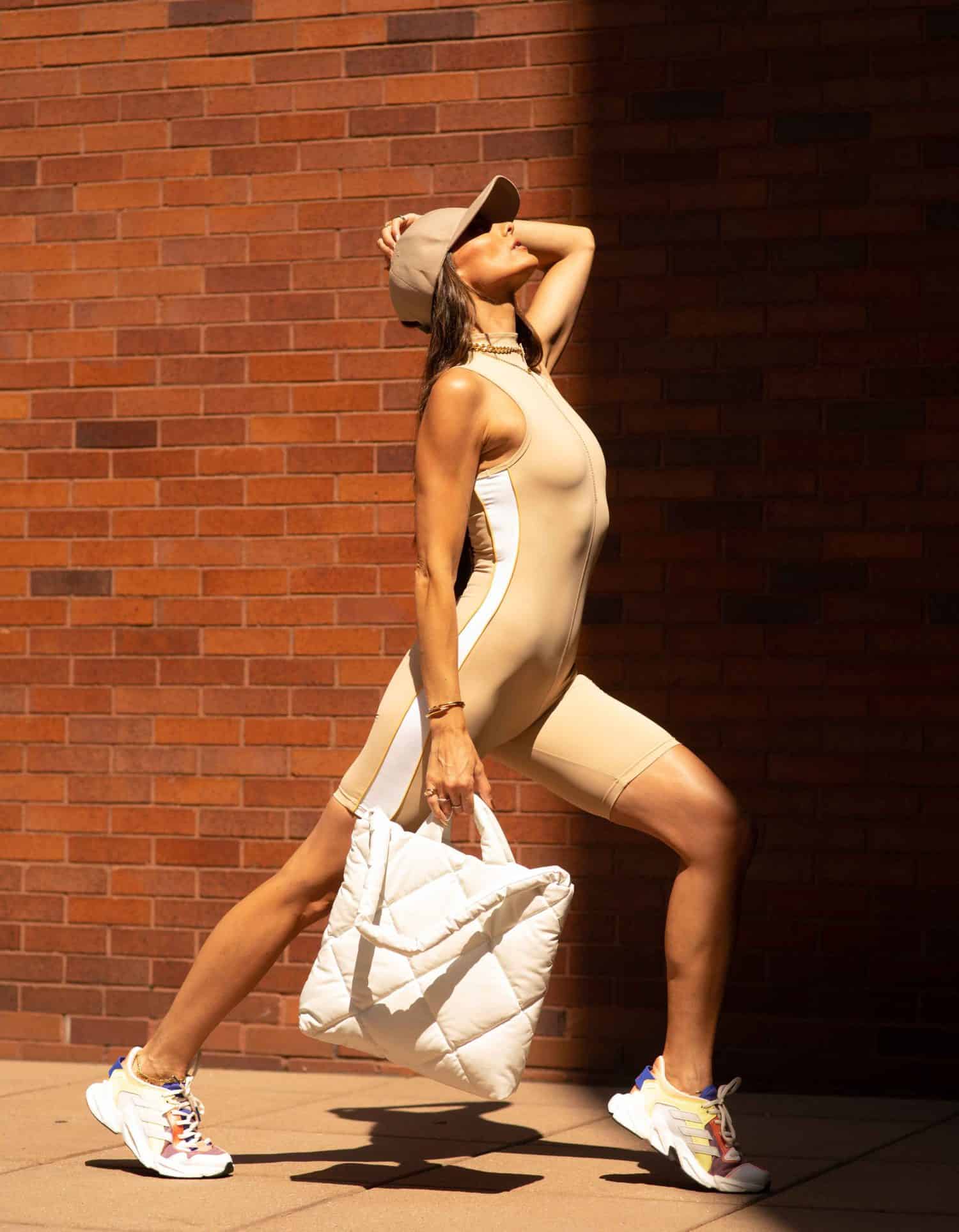 Available today exclusively on the Nasty Gal app, the Nasty Gal x Sports Illustrated capsule collection is the female-forward, athleisure capsule of dreams. Dedicated to celebrating women in sport, the collaboration tapped fitness enthusiast Josephine Skriver—who just starred in SI’s historic Swimsuit Issue!—to star front and center. Skriver, who also runs an Instagram fitness account with model BFF Jasmine Tookes, can be seen doing fitness things (whatever those are!) while donning ’80s-inspired sweatshirts, bike shorts, matching sets, and other off-duty street style staples. To make the garb even more enticing, inspiring messages like “Throw Like a Badass” and “Don’t Play Games, Play Sport” are splashed across select pieces. With sizes ranging from 0 to 20 and prices from $17-$111, there’s something for everyone. Get to it! 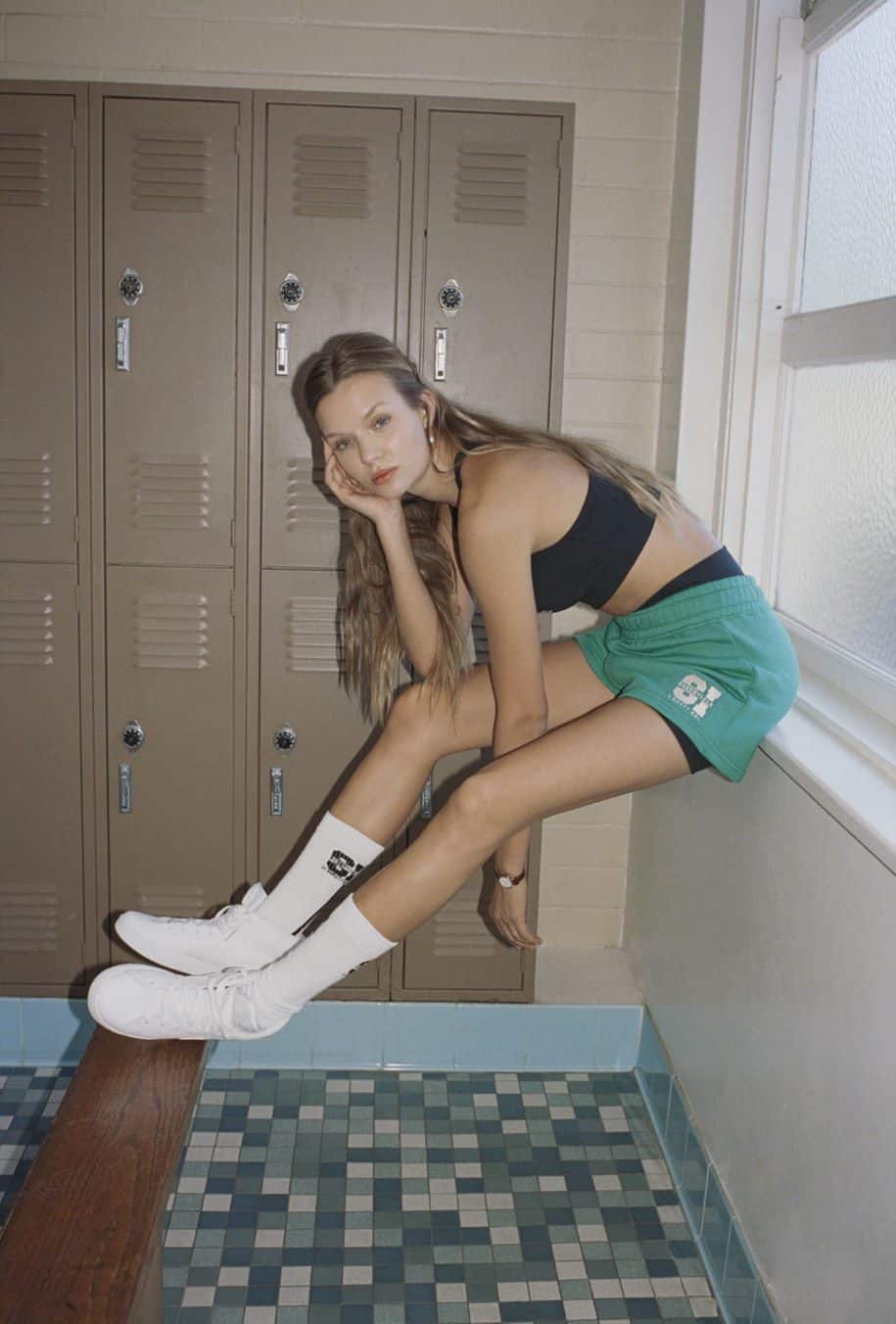 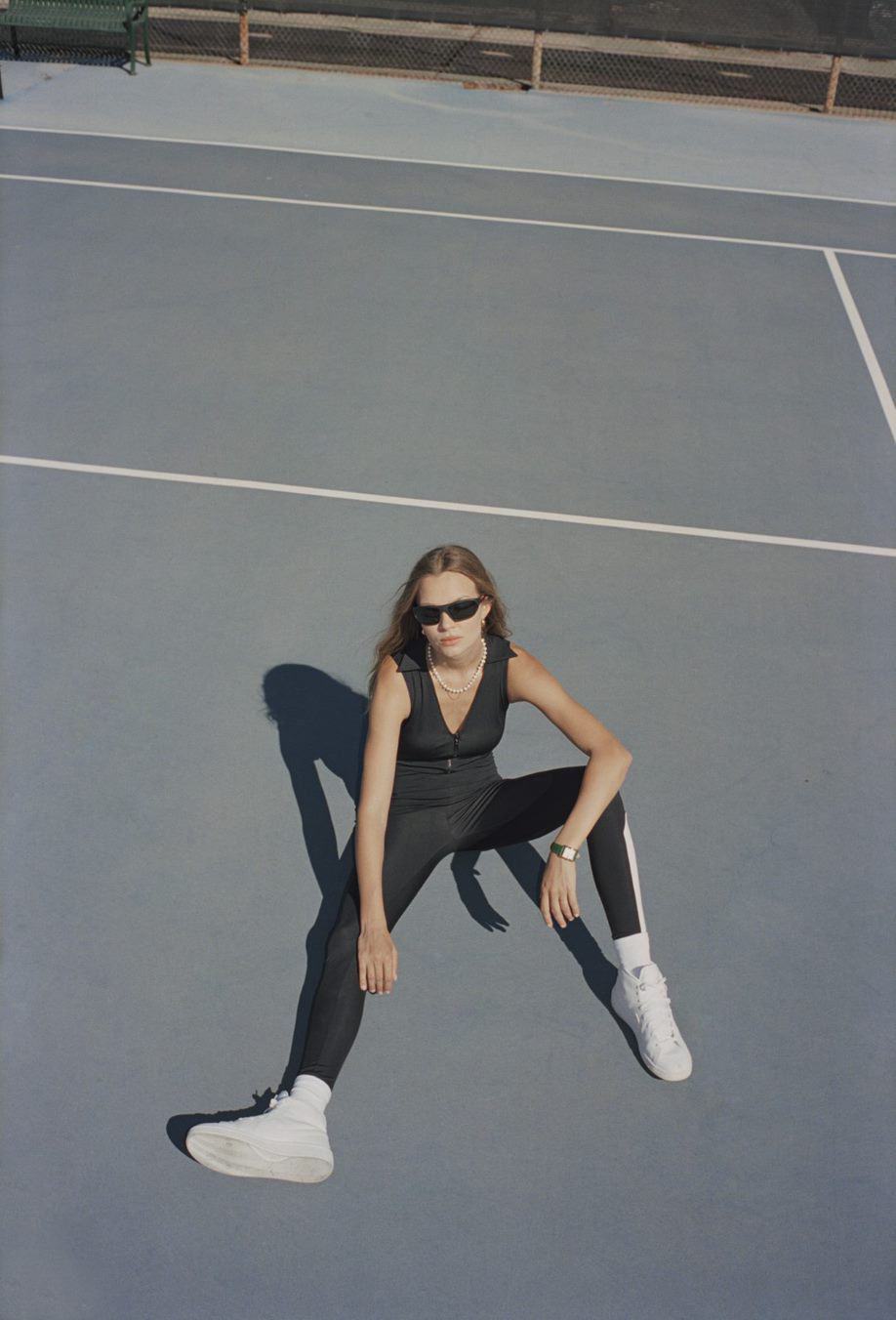 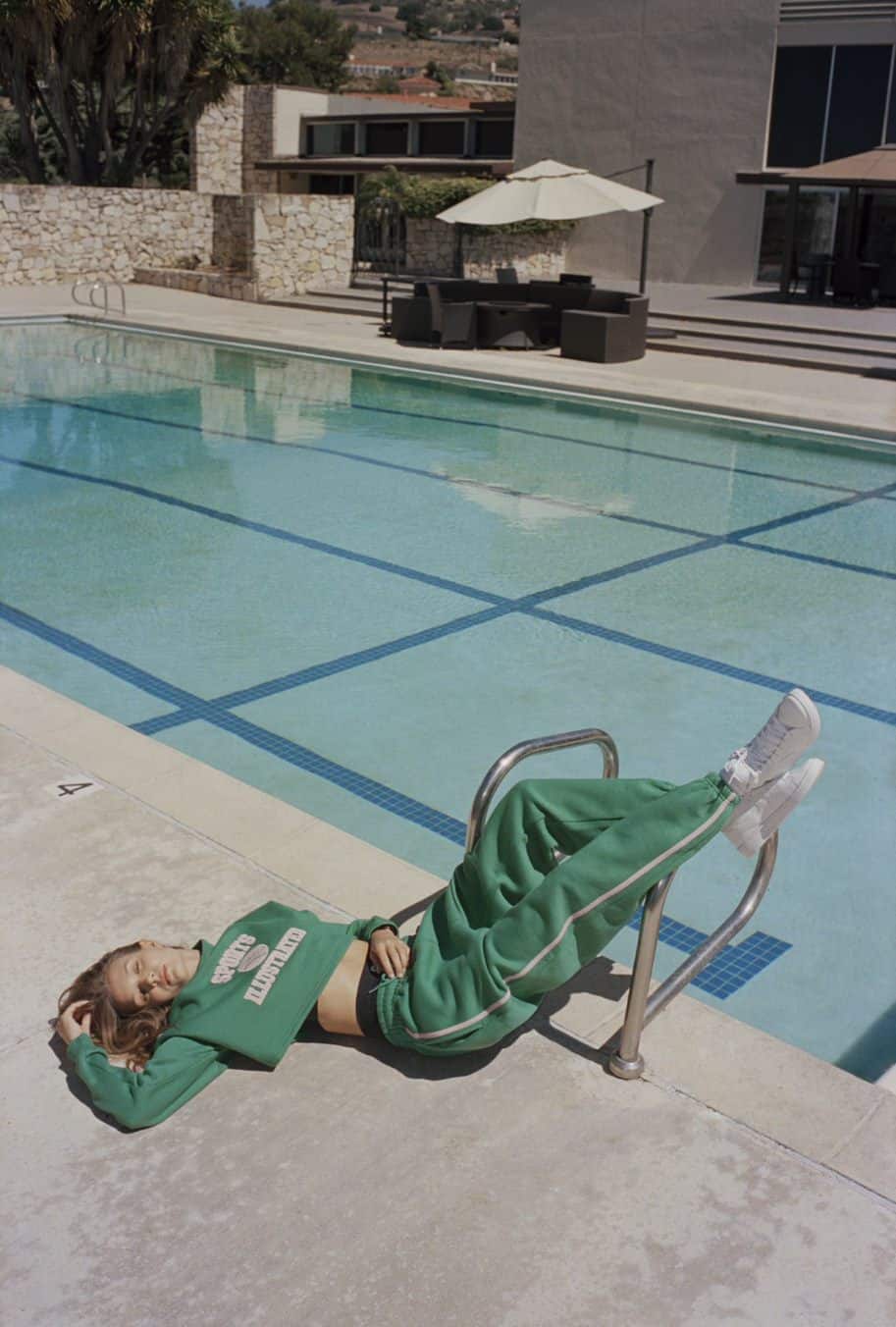 In celebration of its 25th anniversary, the CFDA Scholarship Program is offering up a record-breaking $500,000 in scholarship grants—to be awarded to 19 students. The program has previously issued 10 scholarships to the tune of $3,000 each. According to a media alert, the program has received 320 applications from 22 different American fashion universities and graduate programs. The first-ever Coach Dream It Real x CFDA Design Scholarship, which honors underrepresented students with financial aid, has awarded $25,000 per student to six students; while the Swarovski Foundation’s Re:Generation Innovation Scholar Award has given $30,000 to one recipient. Click through the carousel below to learn more:

In efforts to further support and counsel artists of color, as well as to help amplify their work, Prada has teamed with artist Theaster Gates to launch an experimental design lab. Located in Southside Chicago, the Dorchester Industries Experimental Design Lab—which was named after Theaster Gates Studio’s design and manufacturing branch—will serve as a platform for Black and brown artists over a three-year period. The mission of the collaboration is to expose underrepresented and formally-trained talent to big players in the industry—Prada is a perfect example. “This is about exposing the people who have great design abilities and ambition to a great design house,” Gates said. During the three-year program, designers will have the opportunity to refine their skills, create projects of their own, and mingle in a larger, more professional network. Though designers will have the chance to flaunt their names in the fashion industry, the program aims to extend beyond the boundaries of fashion design—training and exposure in furniture, industrial, and graphic design industries will also be included.

Announced today, MTV and New World New York are teaming up to celebrate the 2021 MTV VMAs with a first-of-its-kind VMA x New Generation Fashion Show. Given that the awards ceremony overlaps with NYFW, the duo decided that rounding up 35+ years of VMAs style moments into a fashion show was more than apropos. Slated for Tuesday, September 7 at NYC’s Webster Hall, the show will feature independent designers and their works—all of which will be inspired by previous VMA performances and memorable appearances. Among those on the tip sheet will be Collina Strada, BARRAGÁN, Gauntlett Cheng, No Sesso, and Vaquera. Talk about a fashion week special! 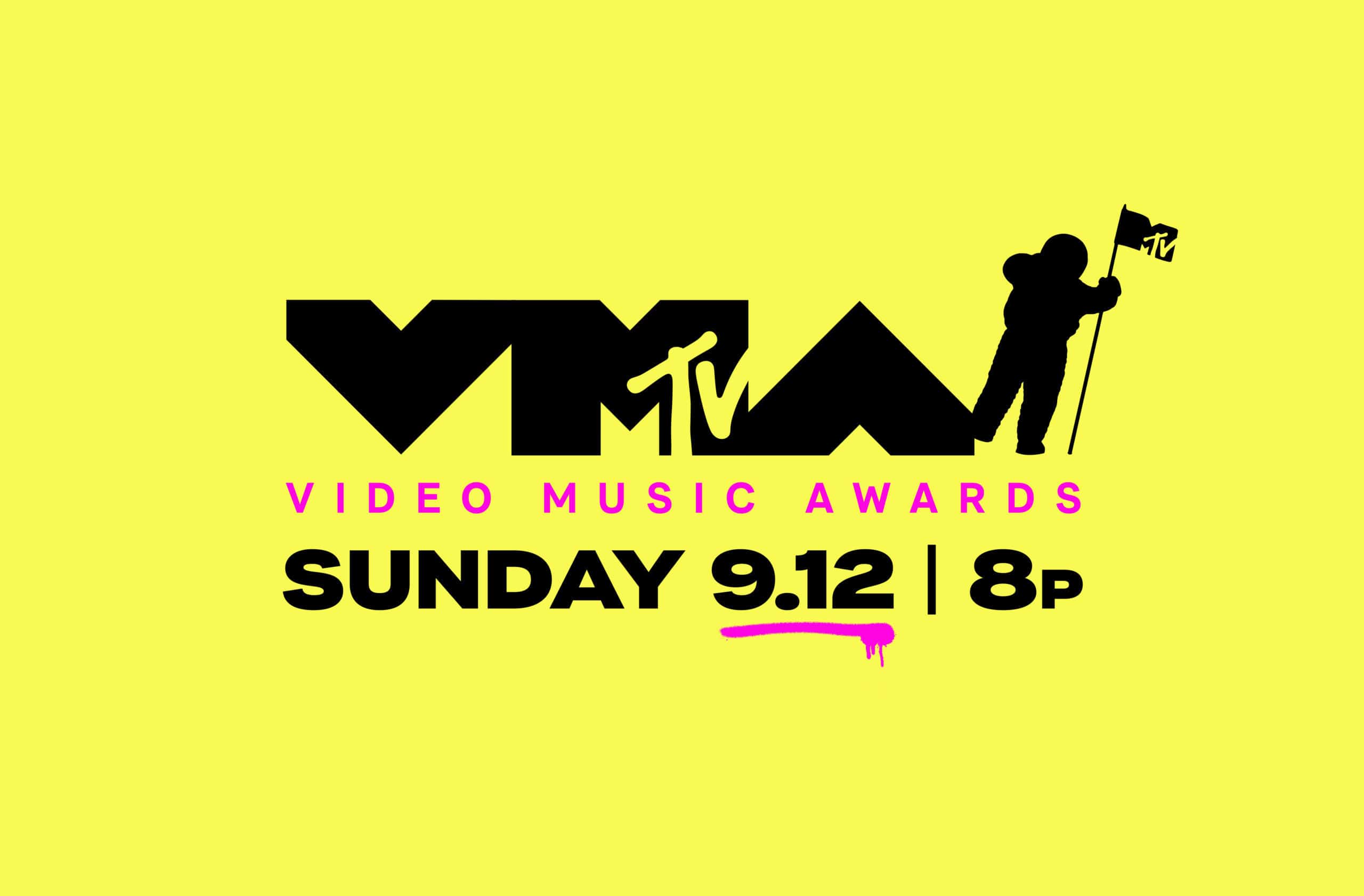 For its Fall Winter offering, cult favorite SoCal lifestyle brand UGG has unveiled its ‘The Perfect_____’ campaign, and tapped a few fashion-forward women to help show it off. Set to come to life on taxi cabs, random wallscapes, and billboards in New York, Los Angeles, Chicago, and Philadelphia, the campaign features Kim Petras, Parris Goebel, Maye Musk, Duckie Thot, and Fernanda Ly—each of whom show off exactly how they style their go-to staples. While Thot can be found in the brand’s Fayre coat—AKA, the ideal sheepskin coverup—Goebel enlisted the Mandy hoodie as her favorite faux fur staple. As for the rest of the collection, shoppers can expect a range of cozy UGG signatures in seasonally-appropriate hues and textures. How perfect! 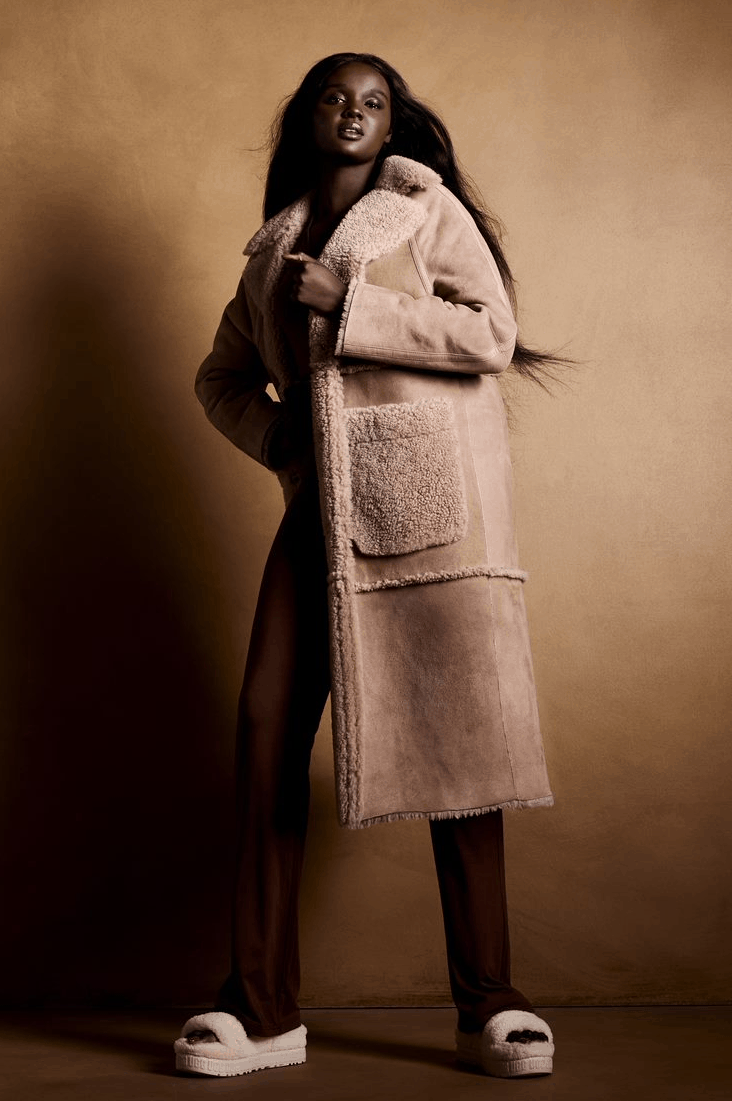 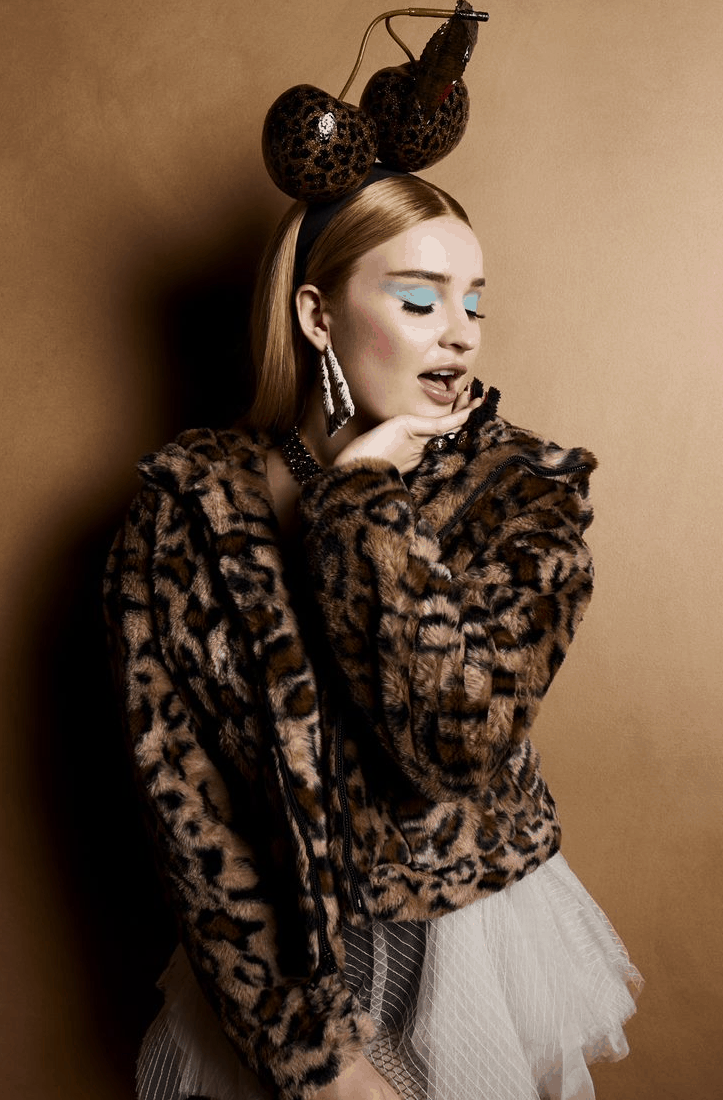 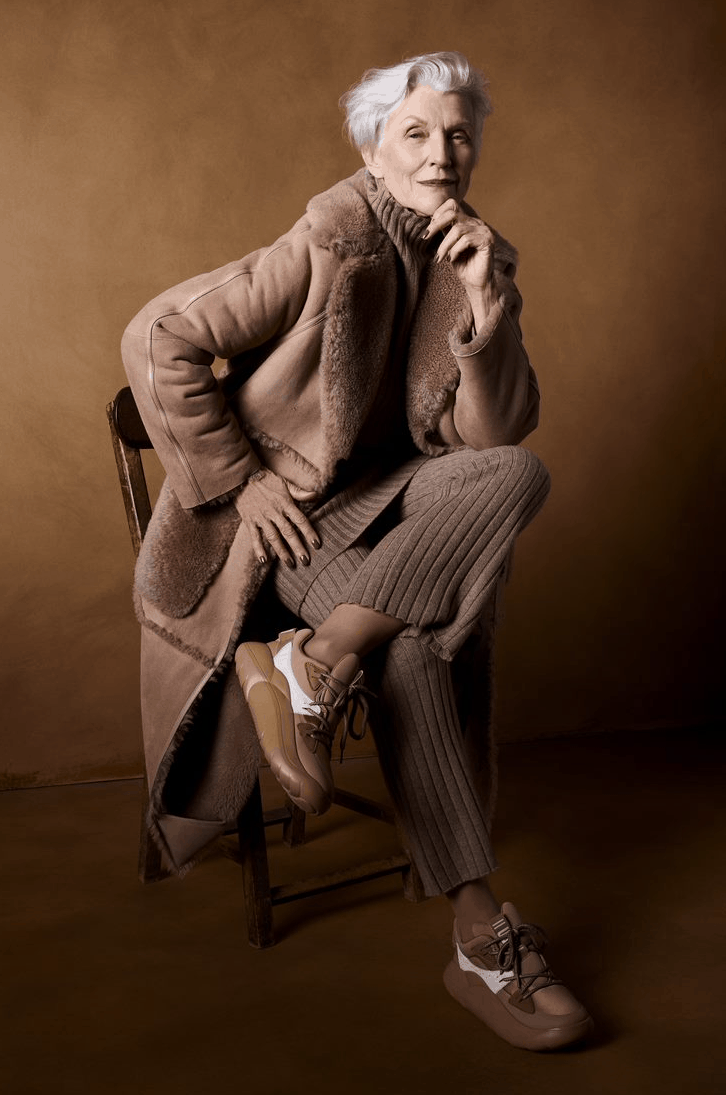 Announced yesterday at the 24th annual Men of the Year Awards, hosted by British GQ, Perugia-based ready to wear designer Brunello Cucinello was awarded the Designer of the Year accolade. Hosted at the Tate Modern in London, the event was attended by a long list of fashion A-listers and celebrities alike. Among those in attendance were Jonathan Bailey, Hugh Skinner, Idris Elba, Quentin Tarantino, Ellie Goulding, Paul Bettany, Rege-Jean Page, and Ed Sheeran, and more! Congrats! 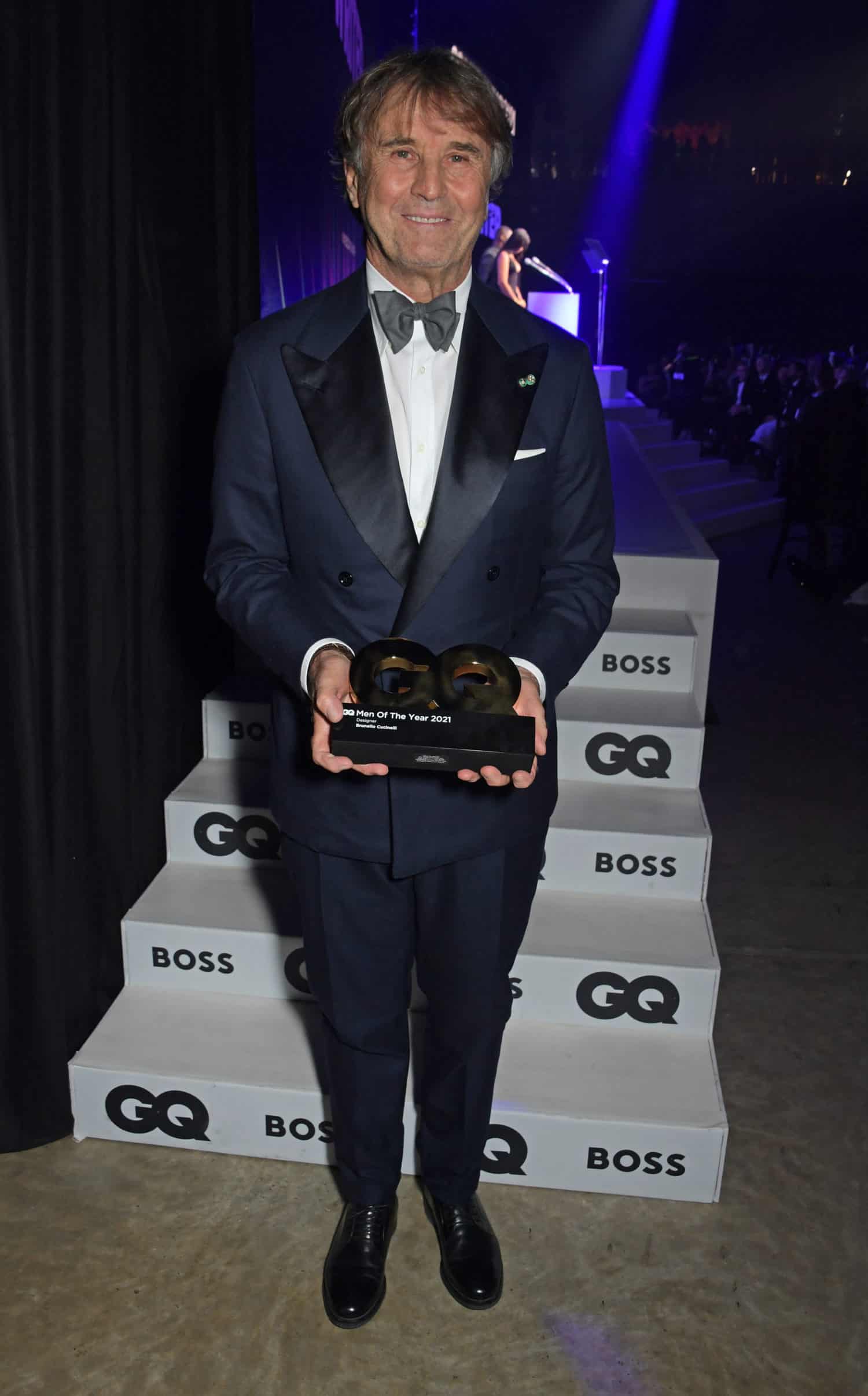