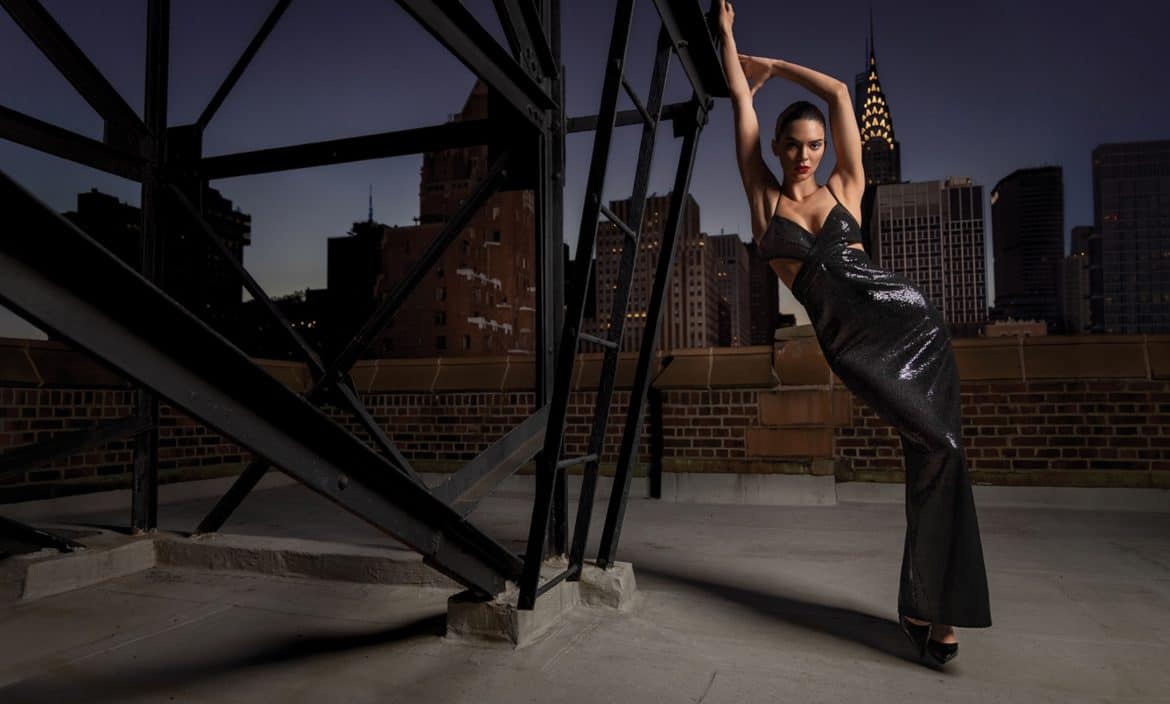 The Row designers and former child stars Mary-Kate and Ashley Olsen have paid tribute to their former Full House co-star, Bob Saget, who was found dead in a Florida hotel room on Sunday. “Bob was the most loving, compassionate, and generous man. We are deeply saddened that he is no longer with us but know that he will continue to be by our side to guide us as gracefully as he always has. We are thinking of his daughters, wife and family and are sending our condolences,” the duo said in a statement provided to Page Six. The 35-year-old stars played Saget’s youngest daughter, Michelle Tanner, on the show from 1987 to 1995. In the ensuing decades, the pair would regularly support the comedian, routinely turning out to his shows and charity events. While the cause of Saget’s shock death is unknown, authorities have confirmed there was no sign of drug use or foul play. 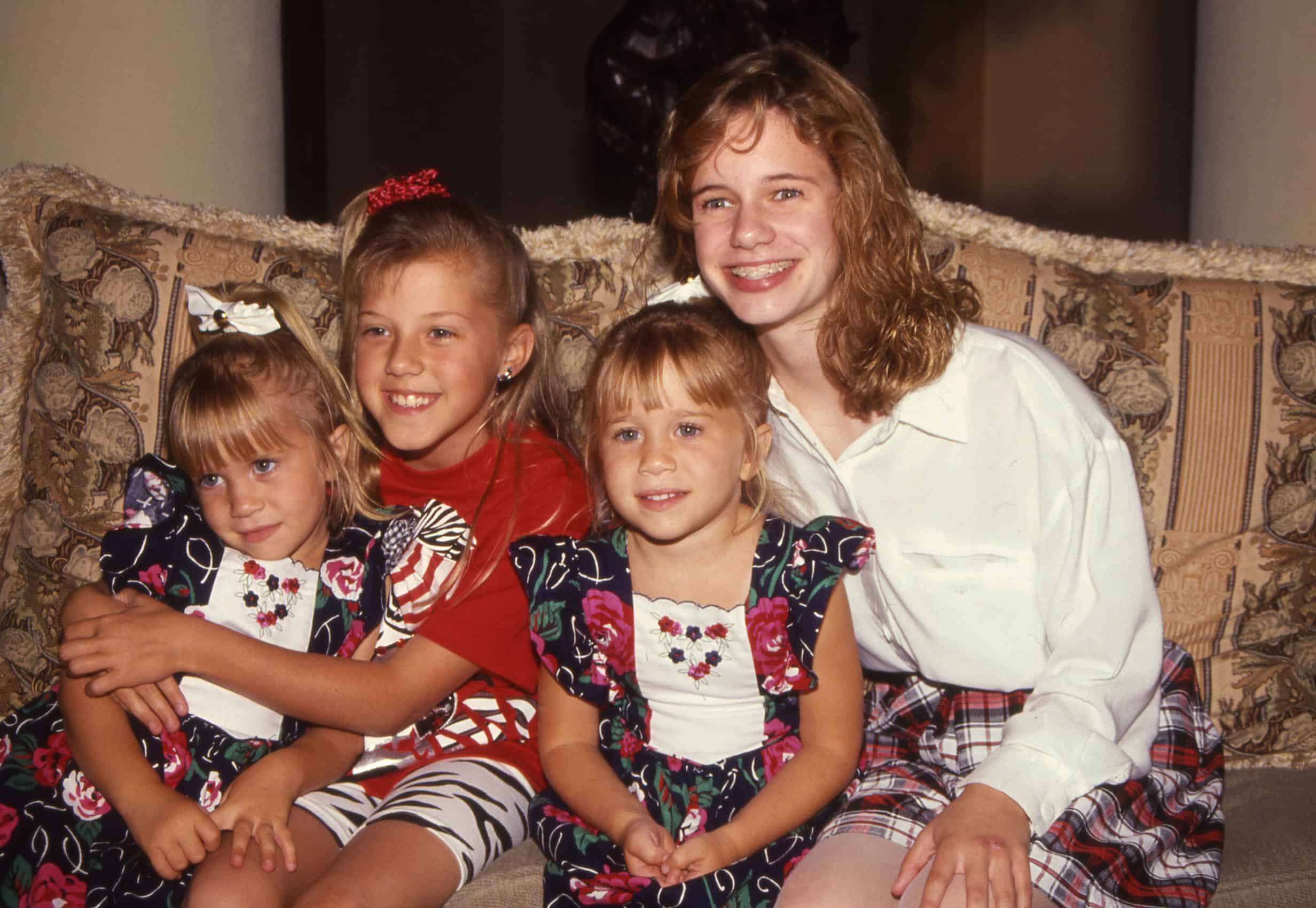 The Full House cast circa 1990 (Shutterstock) 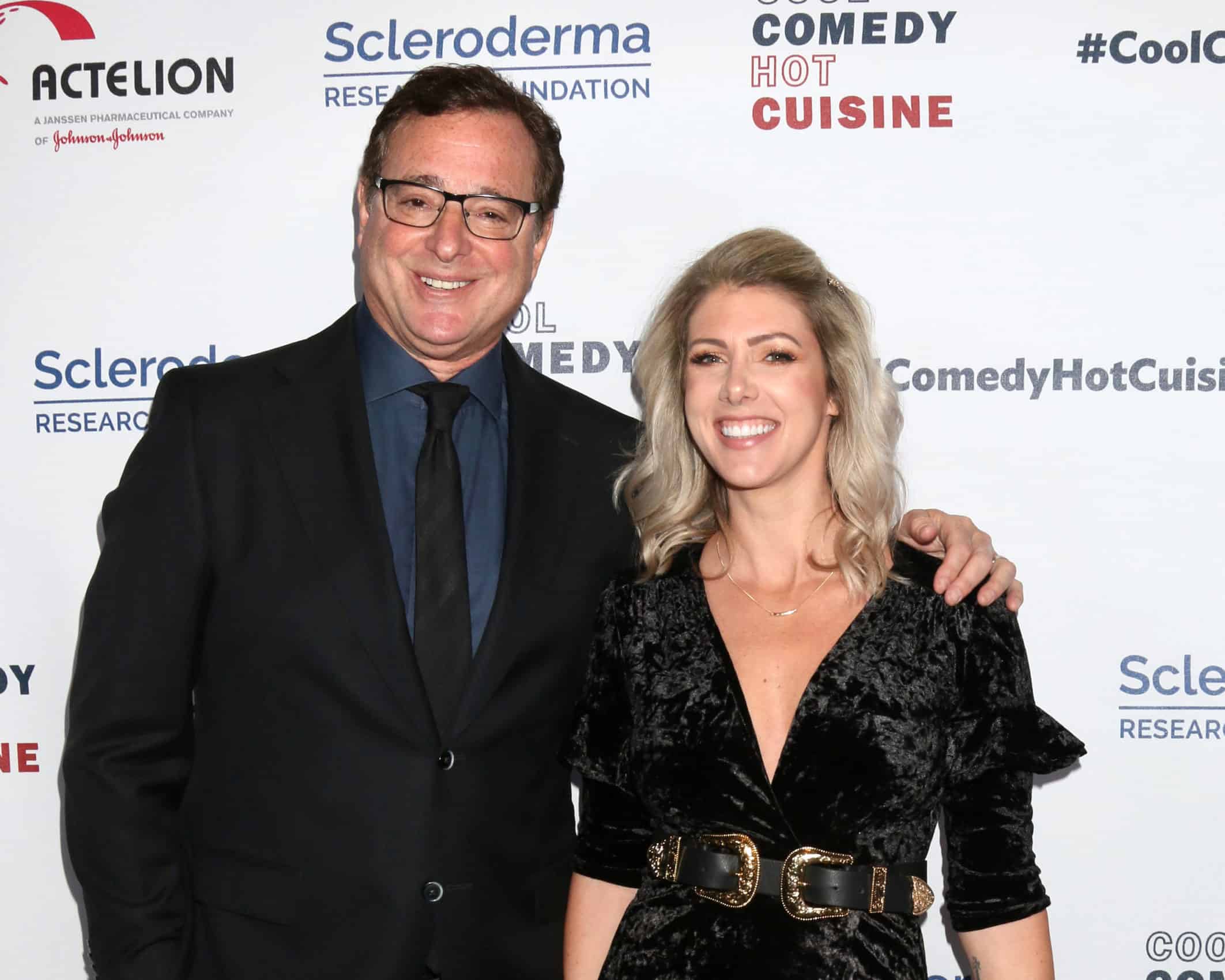 The latest name to announce they will show digitally during the upcoming Milan Fashion Week Men’s is Northern Irish designer Jonathan Anderson. Instead of presenting a runway show next weekend, the team will shoot the collection digitally in London and share via the Camera Della Moda platform on Sunday at 8PM CET. Giorgio Armani also recently announced that he will not host live shows for this two menswear brands, nor will he show his Privé offering during Haute Couture week. As it stands, Zegna, Prada, Fendi, Dolce & Gabbana, 1017 Alyx DSM, Philipp Plein, and DSquared2 are all planning on showing in-person. A release from JW Anderson concluded that the brand “remains committed to Milan and will return in June with a physical show to present their mens SS23 collection.” 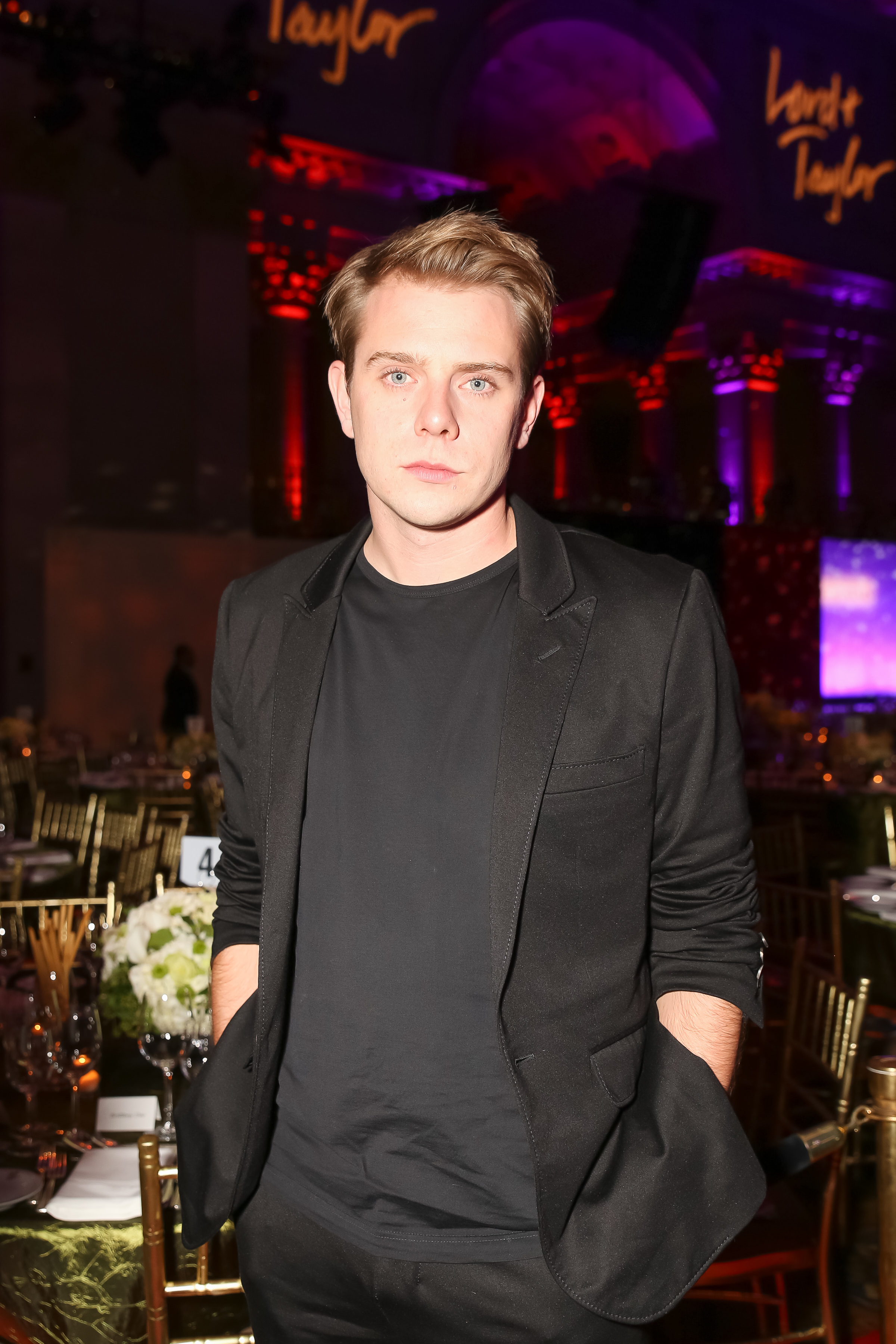 Kendall’s back in the spotlight! For Michael Kors Collection Spring Summer ’22 campaign, A NYC Love Affair, the supermodel was lensed by Inez van Lamsweerde and Vinoodh Matadin against the backdrop of the designer’s beloved Manhattan. According to the brand, the images, captured on the roof of Prospect Tower, signify the Big Apple’s endearing strength and ability to feel romantic no matter what. Which is particularly poignant these days! “When I think about what endures, it’s love—romantic love, but also love for your friends, your family and for your city,” the designer said in a release. “With this campaign, we wanted to bring to life urban romance and the unique juxtaposition of the strength and grit of New York City with the love that it inspires time and again.” 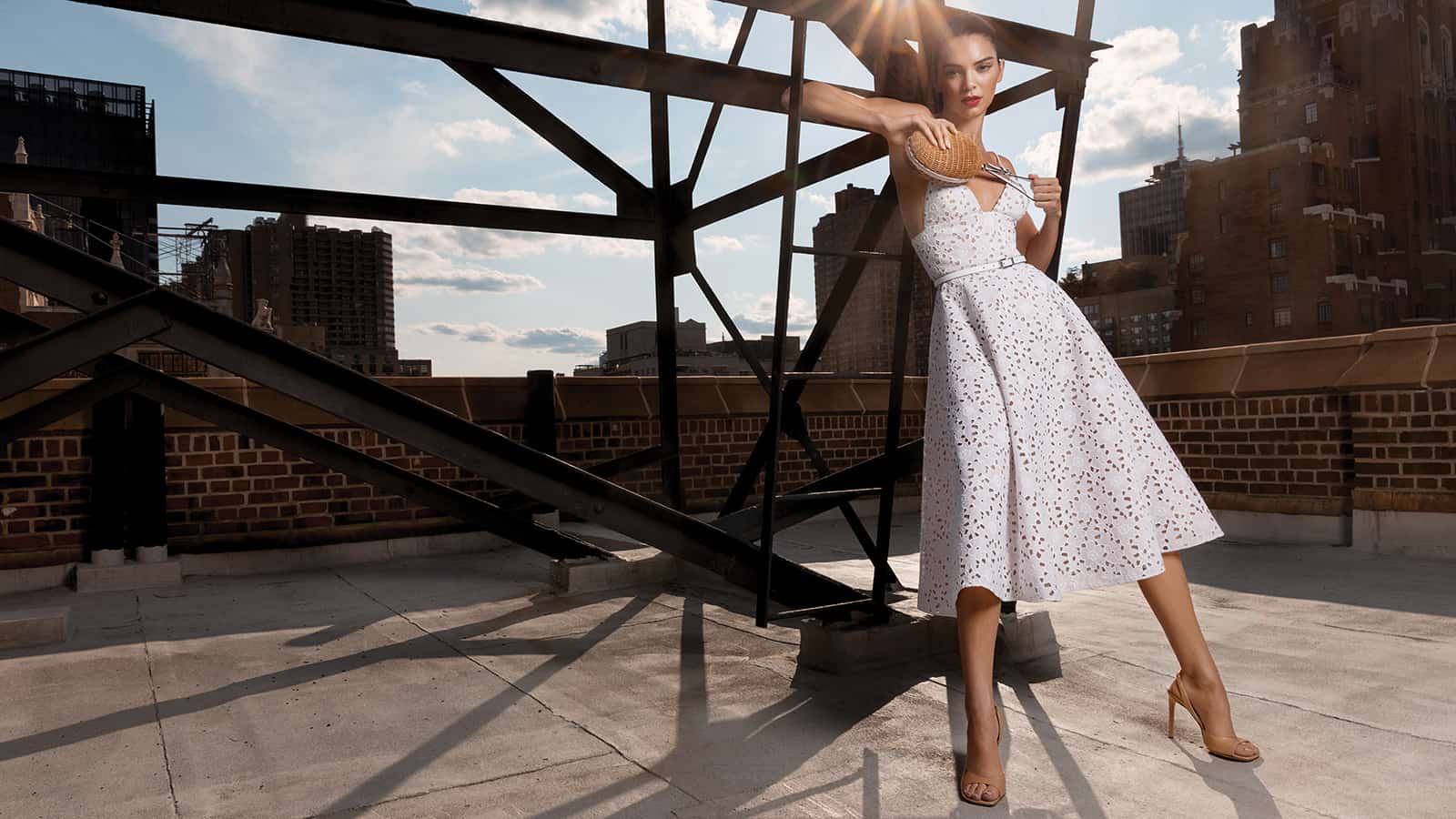 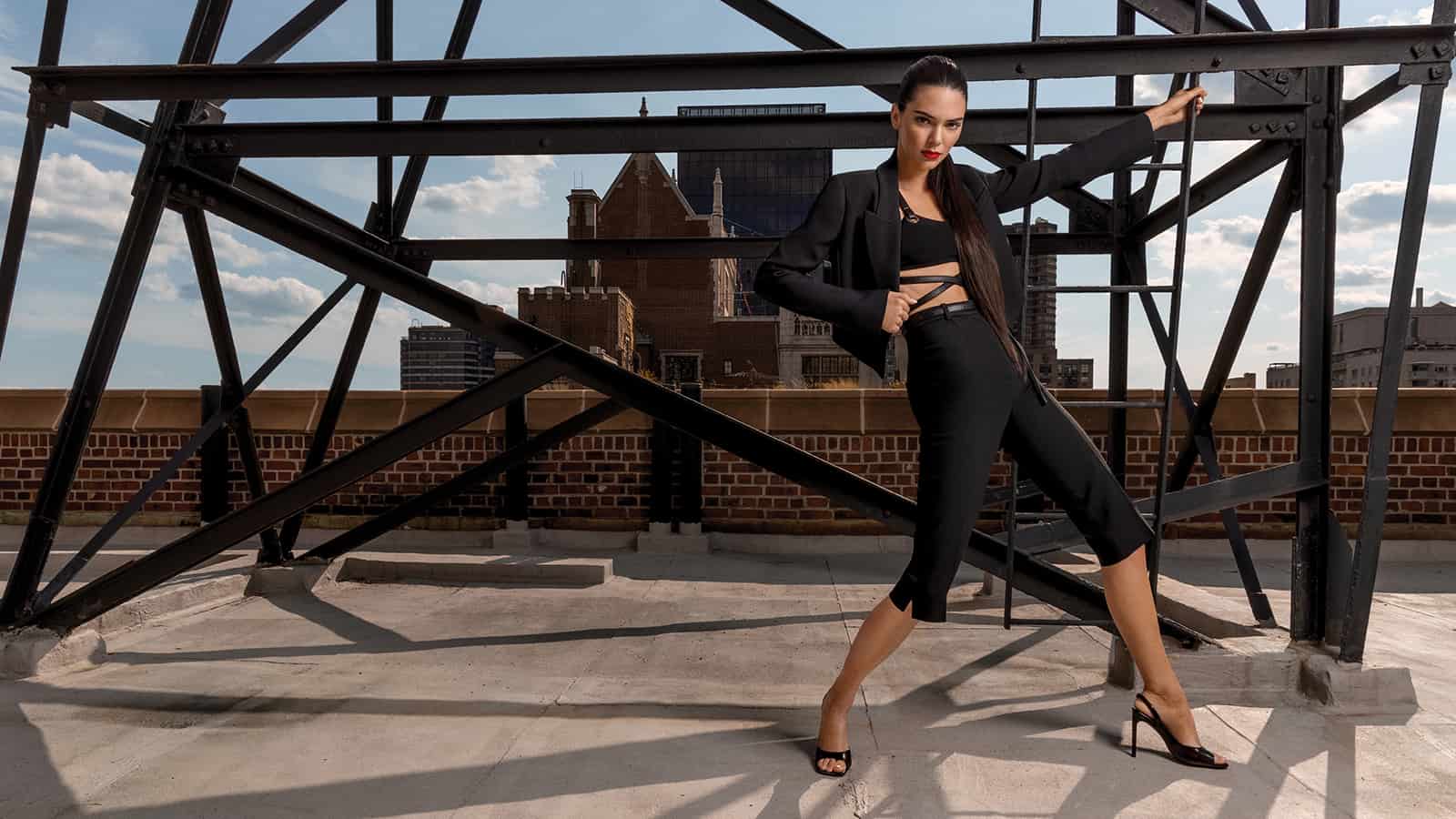 Marc Jacobs has launched the campaign for The Monogram collection, a bold and logo-centric offering for Spring 2022. First introduced at the designer’s Fall 2021 runway show last June at the New York Public Library, the latest iteration of streetwear pieces includes canvas jacquard jackets, bucket hats, oversized layering staples, sweats, tube skirts, tote bags, and even balaclavas (hey, the NYC weather RN certainly calls for a fashion forward approach to keeping toasty!). The styles are modeled by Iris Law (daughter of Jude Law and Sadie Frost), as well as hip hop phenomenon Lil Uzi Vert and model Georgia Palmer. The range, from $95-$495, is available now. Get ready to see a lot of these looks on the streets during NYFW. 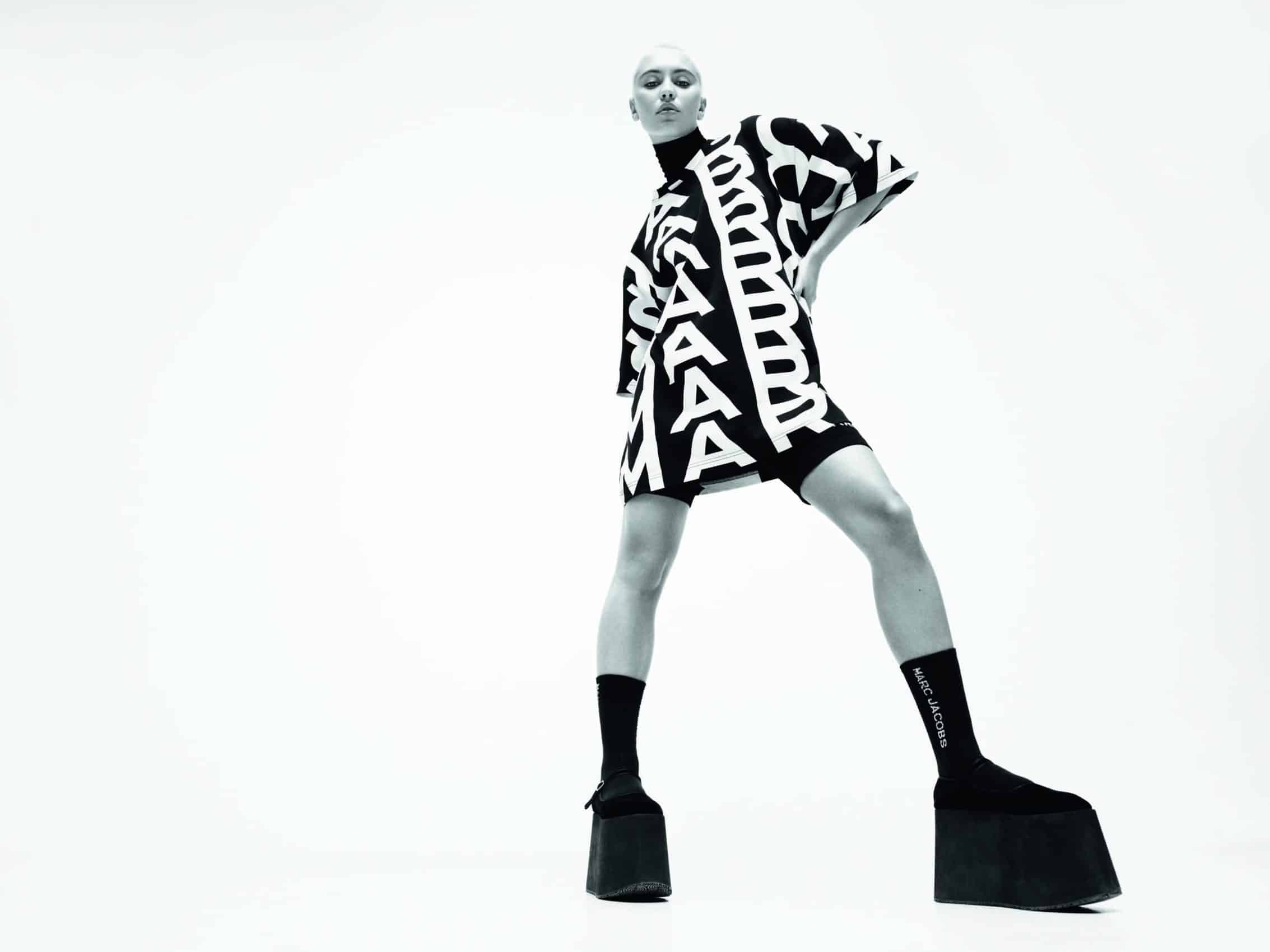 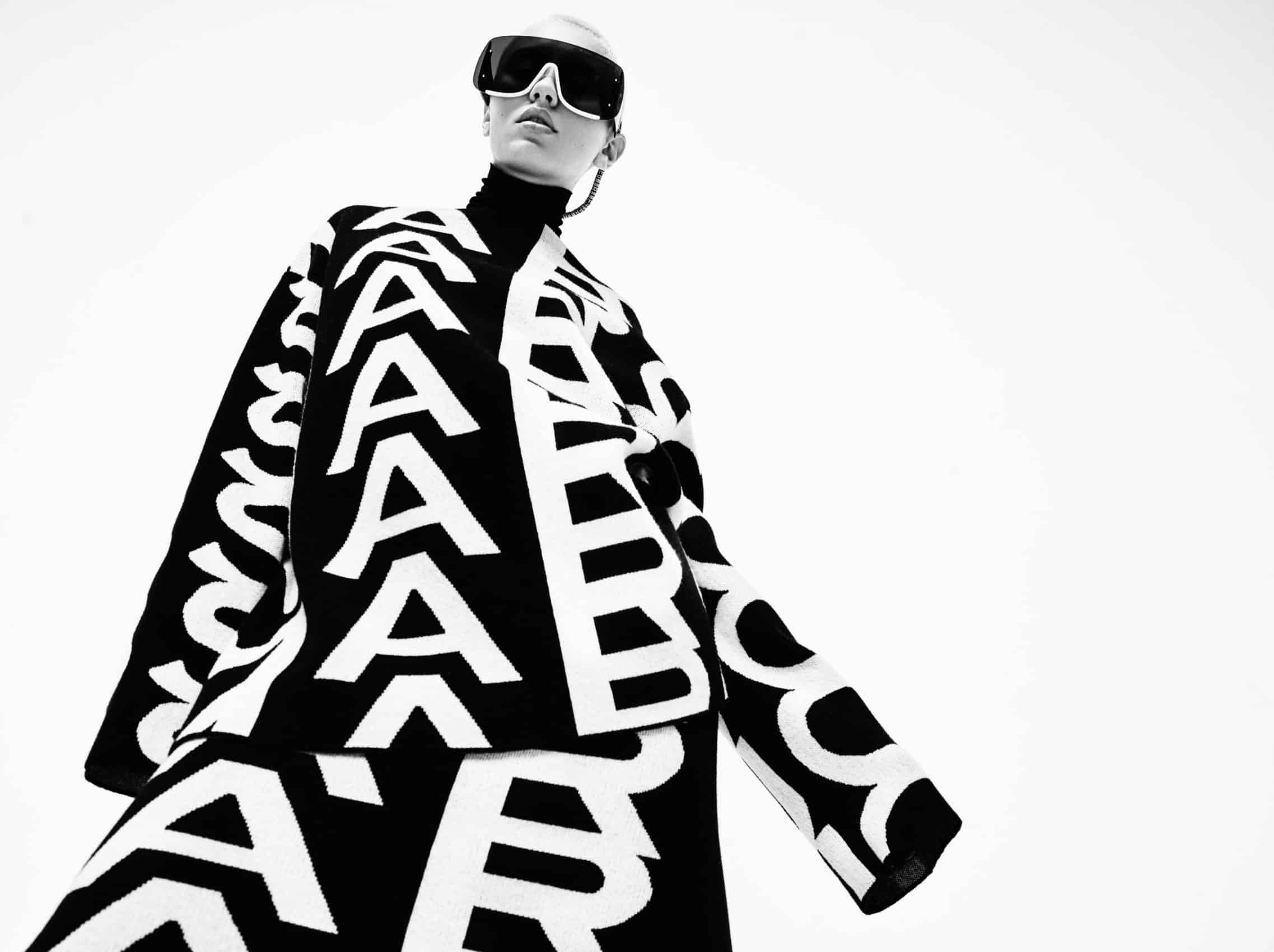 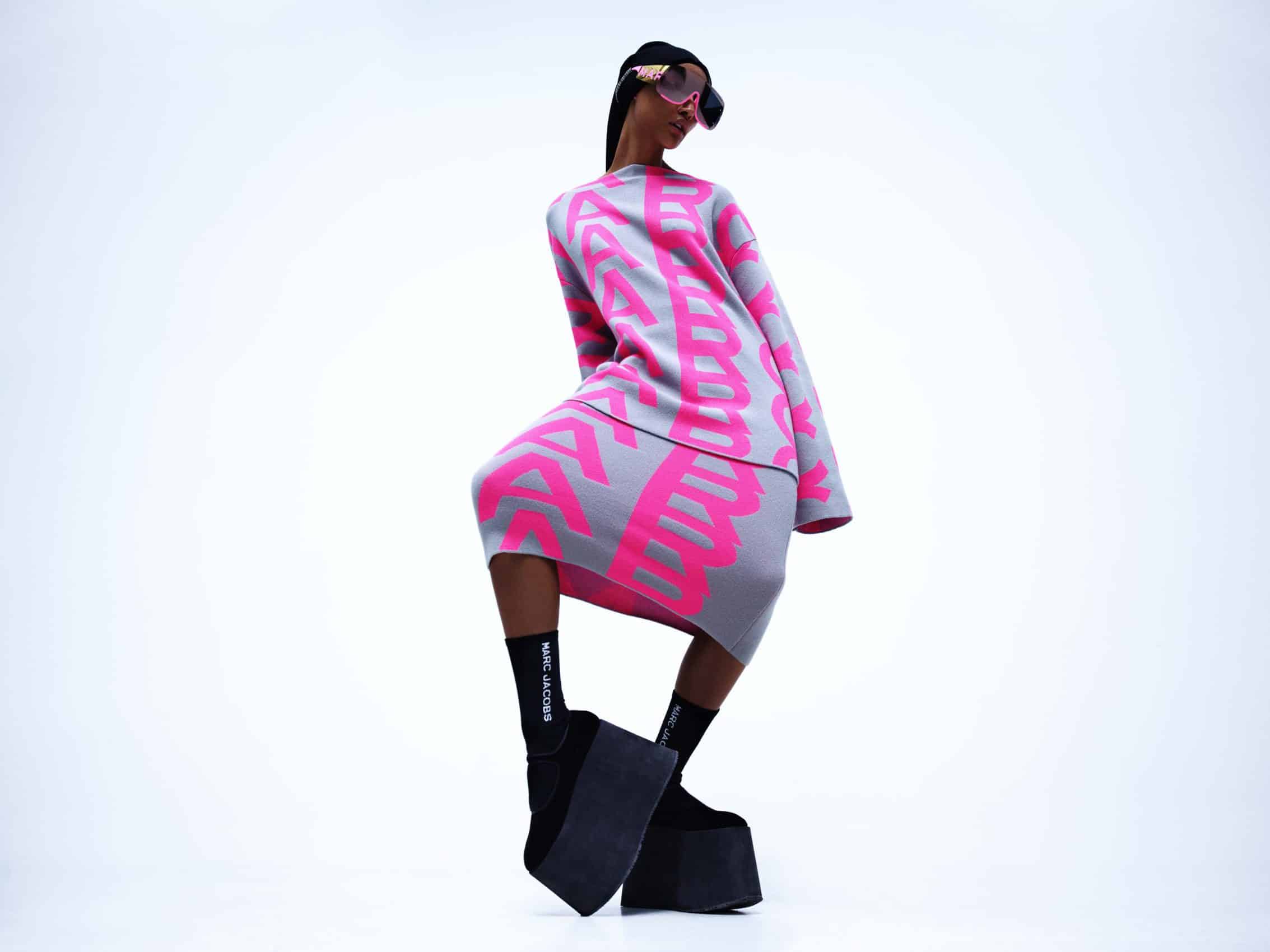 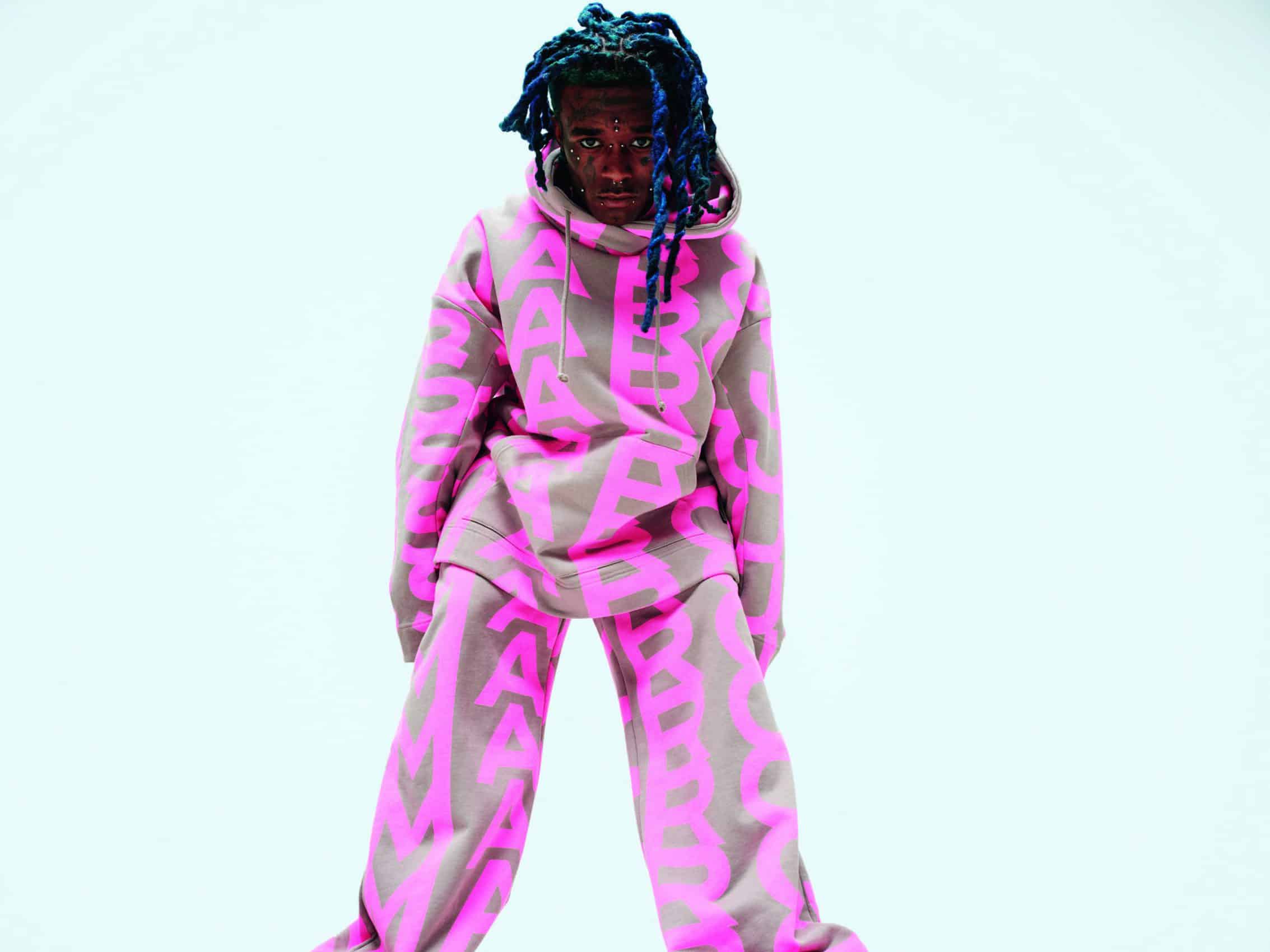 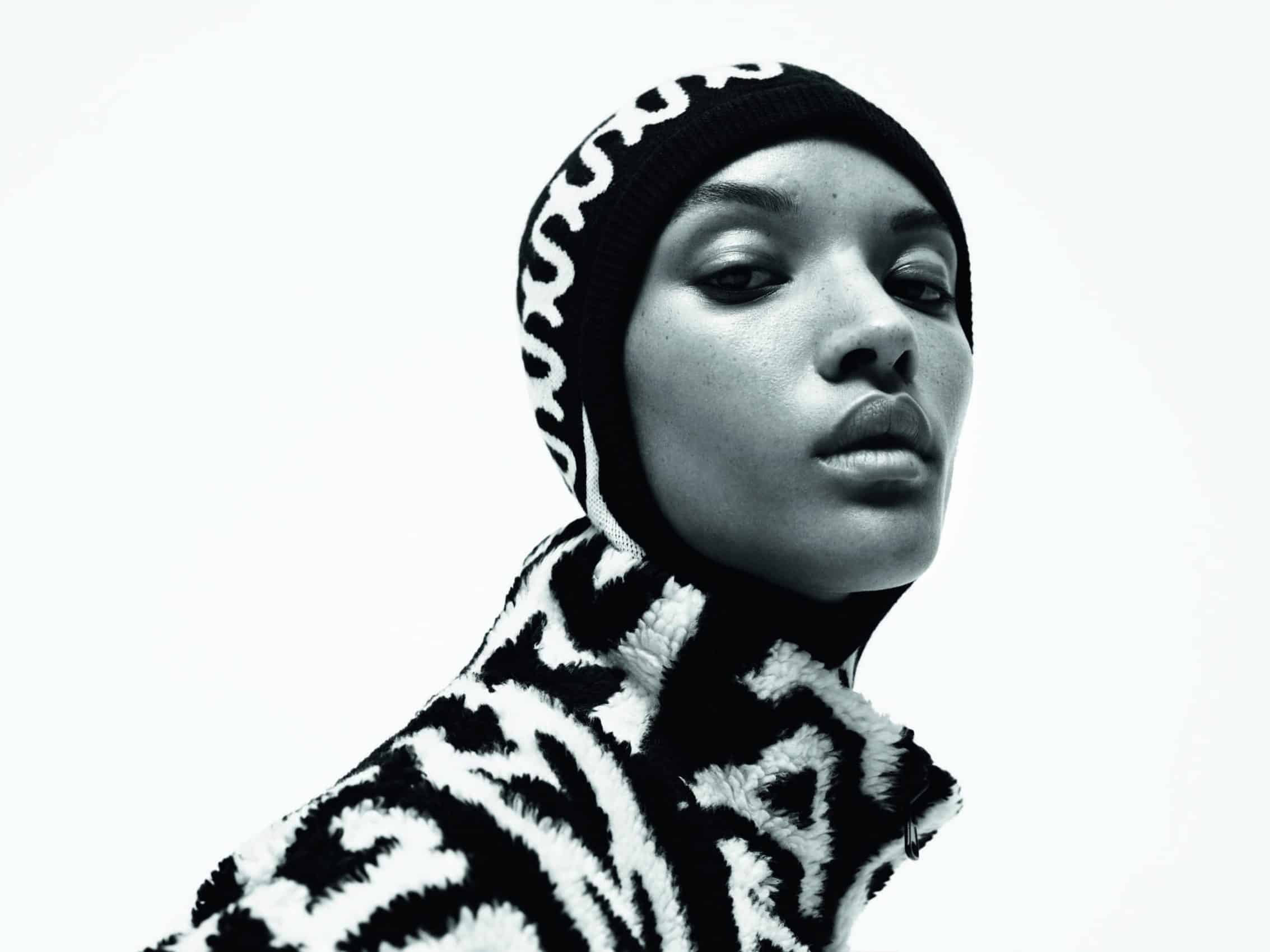 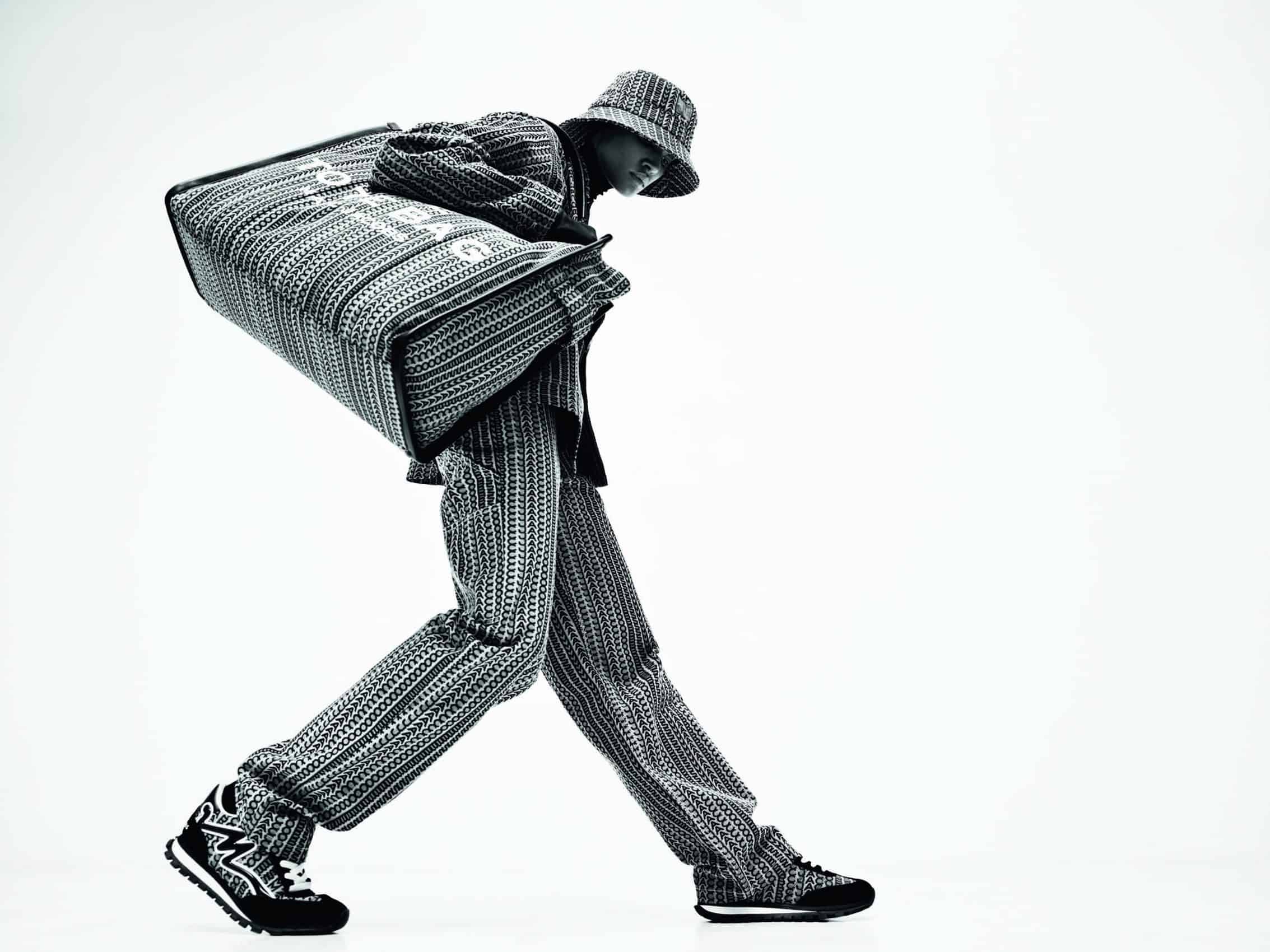 It’s the Euphoria cast’s world, and we’re just living it it. Fashion muse Hunter Schafer, who notably wore custom Prada to the premiere of the season two show last week, has been enlisted for Miuccia Prada and Raf Simons’ latest campaign. Alongside models Julia Nobis, Lina Zhang, and Selena Forrest, Schafer appears in the David Sims-lensed series which serves as an “exploration of desire and sensuality” as it captures the protagonists getting dressed and ready to take on the day. It’s not the first time Schafer has been tapped by the brand either, having also attended the Met Gala last September as their guest. A match made in heaven, if you ask us. 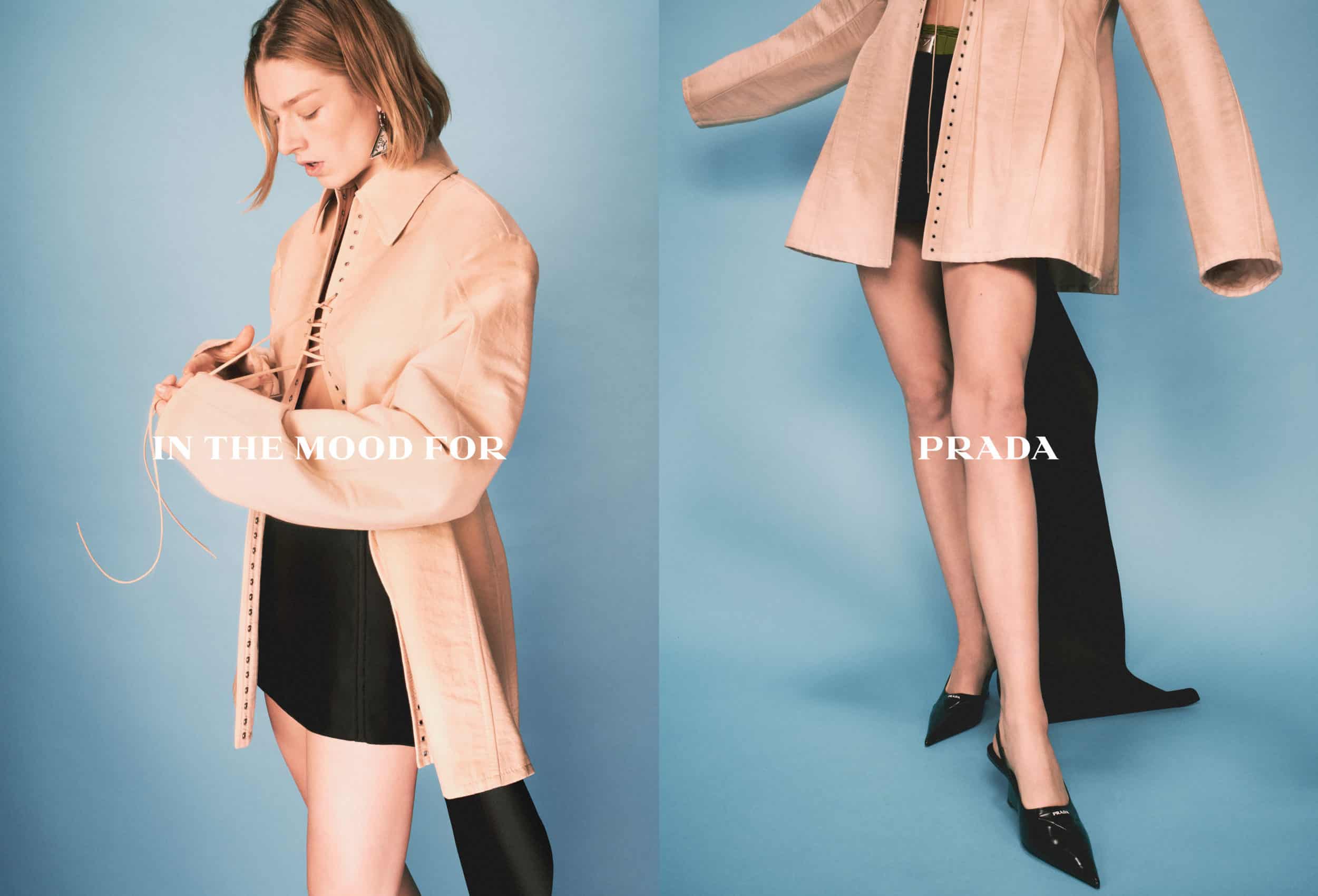 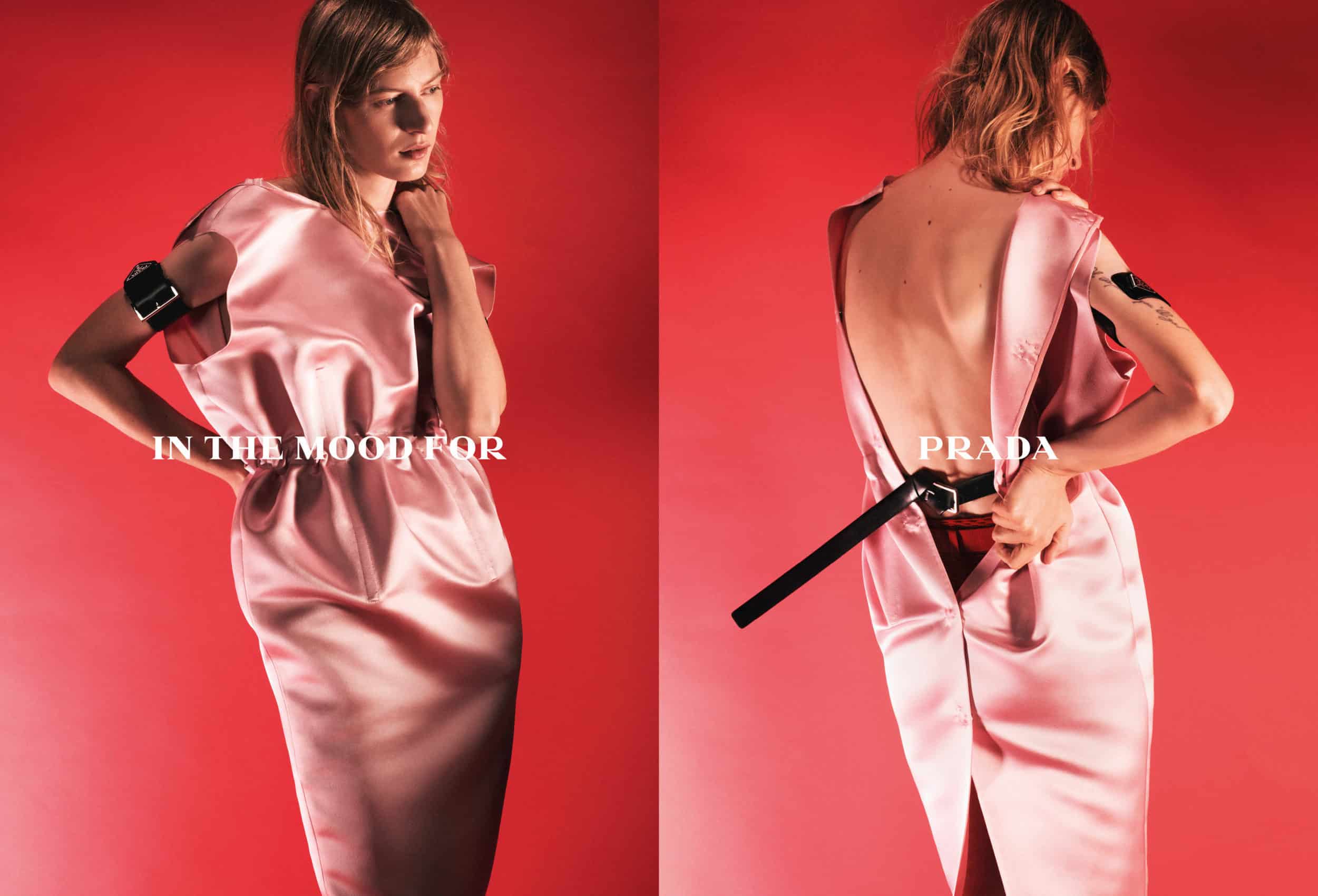 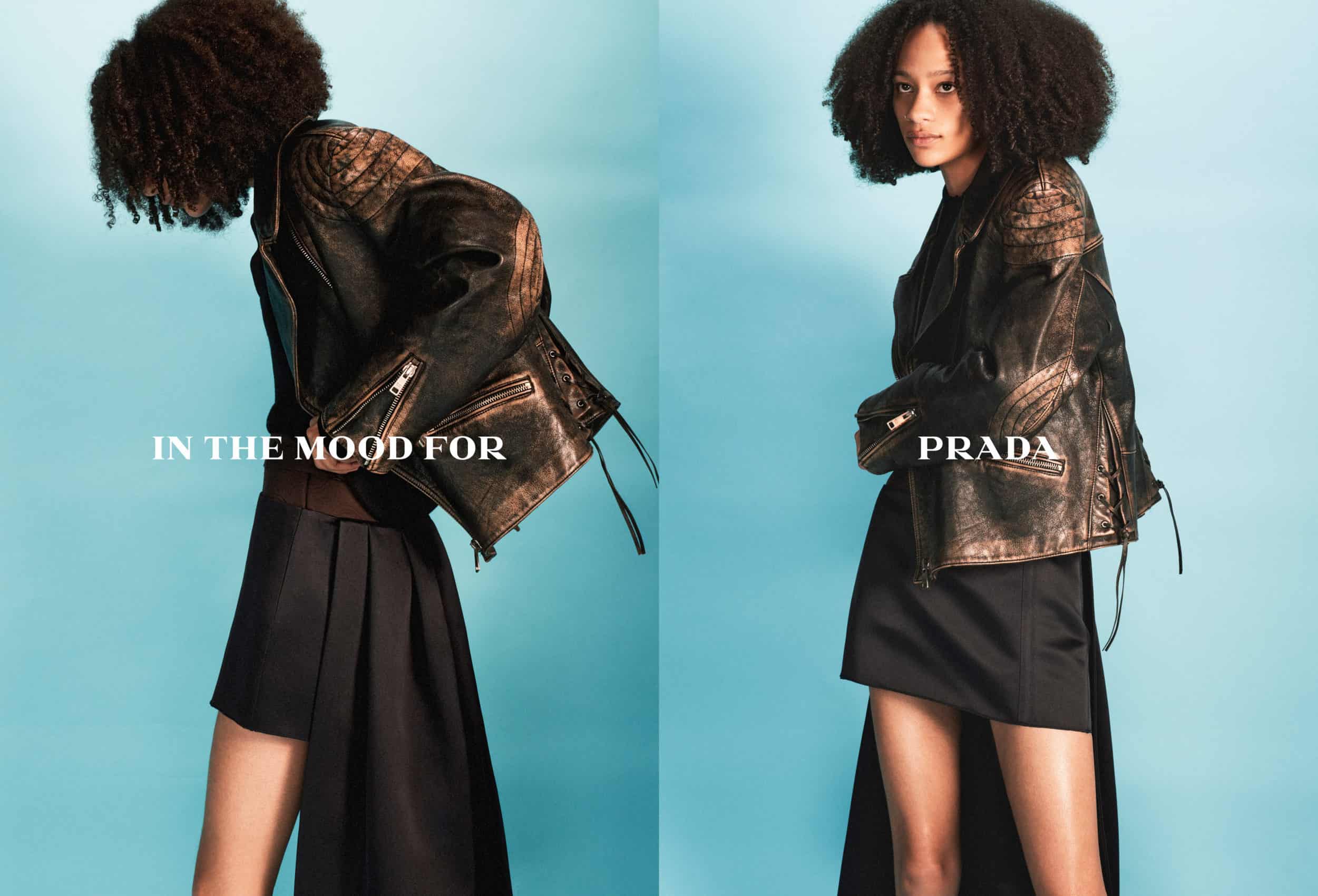 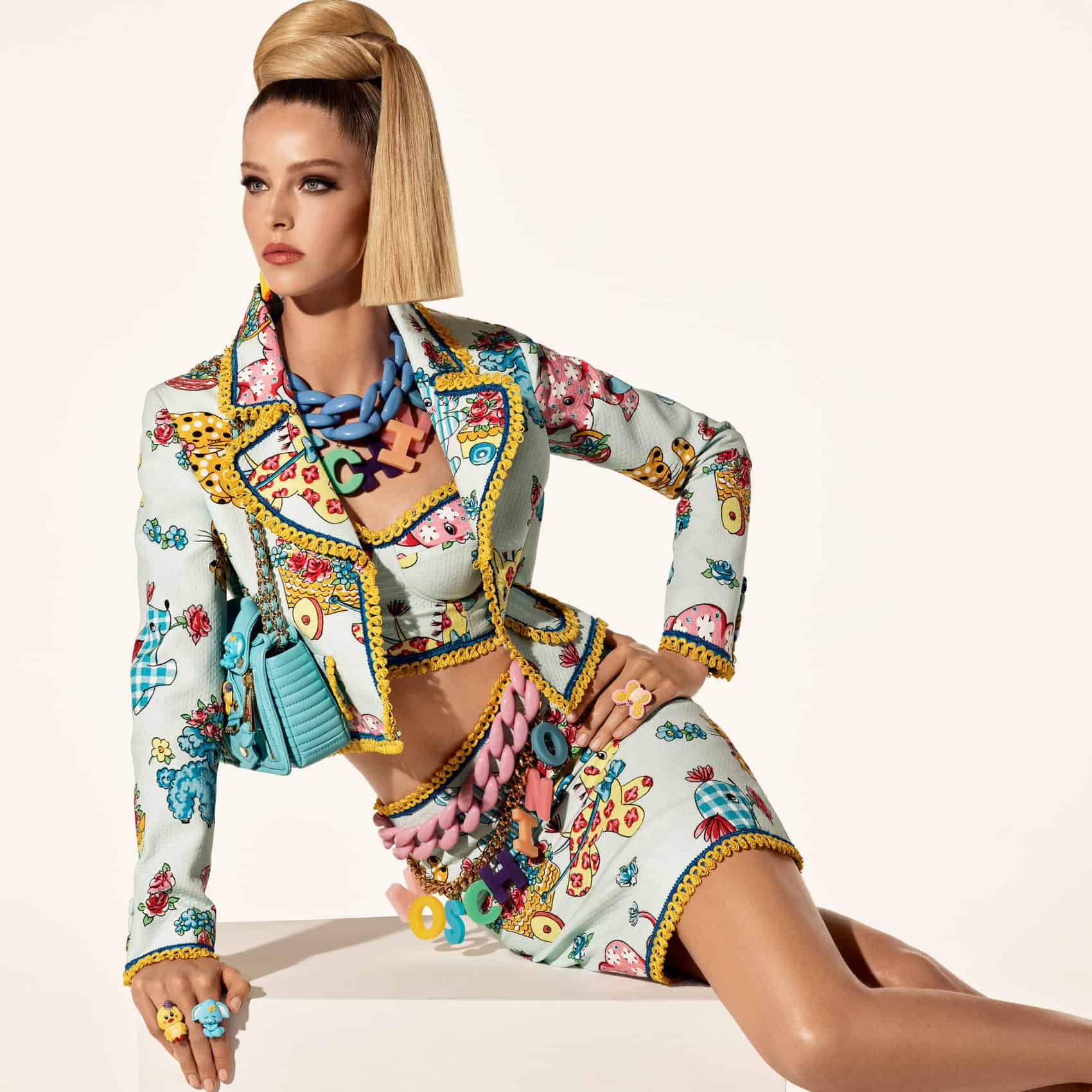 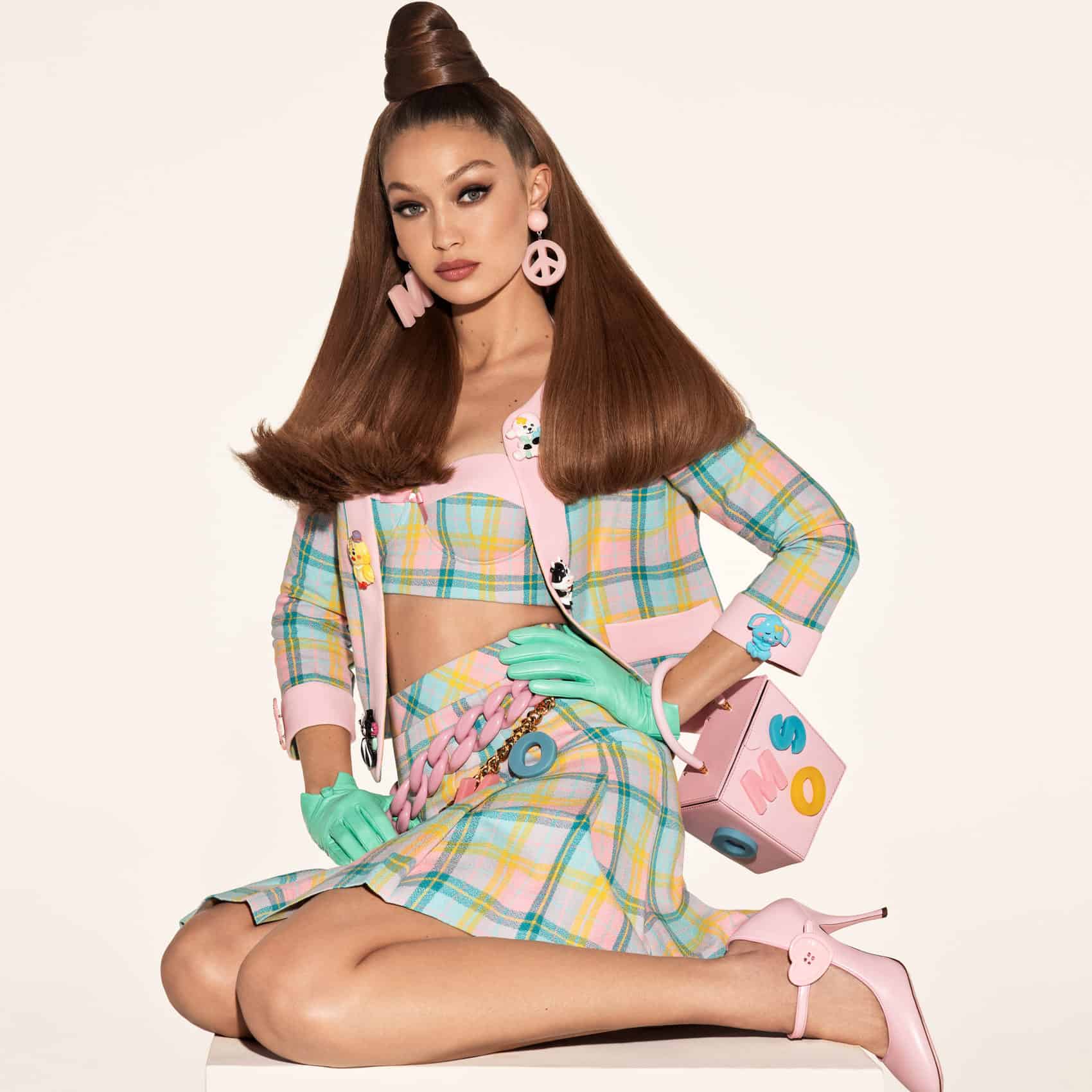 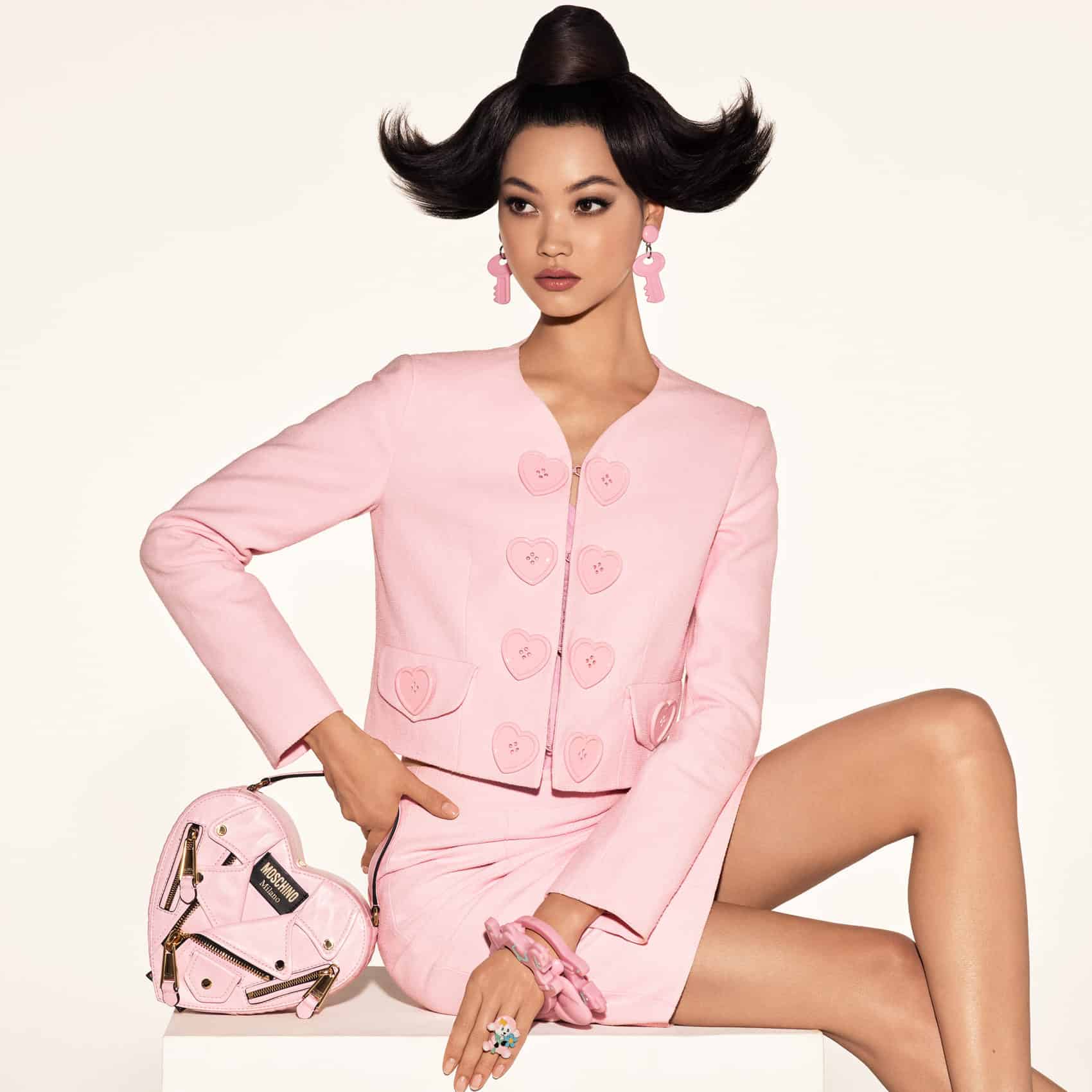 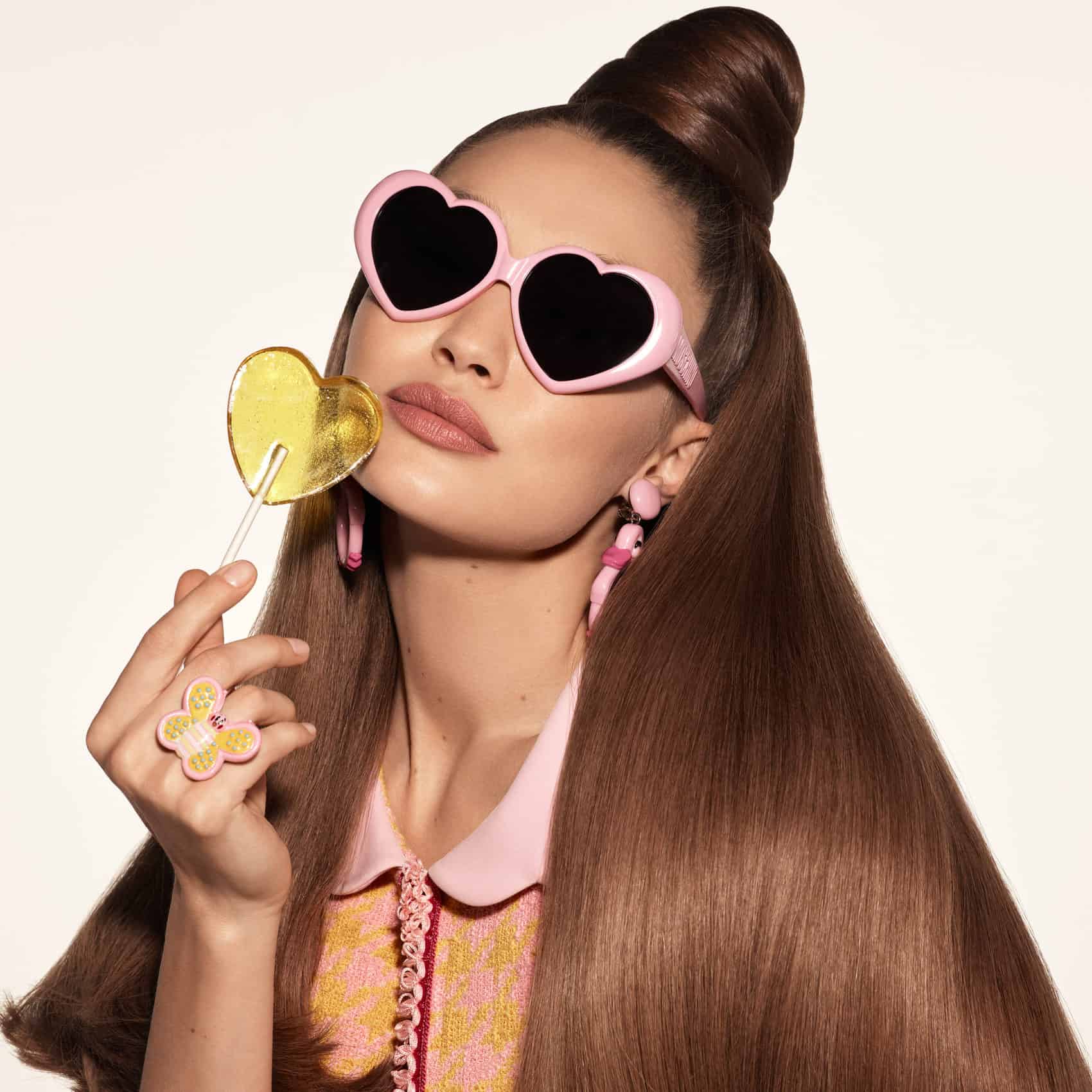 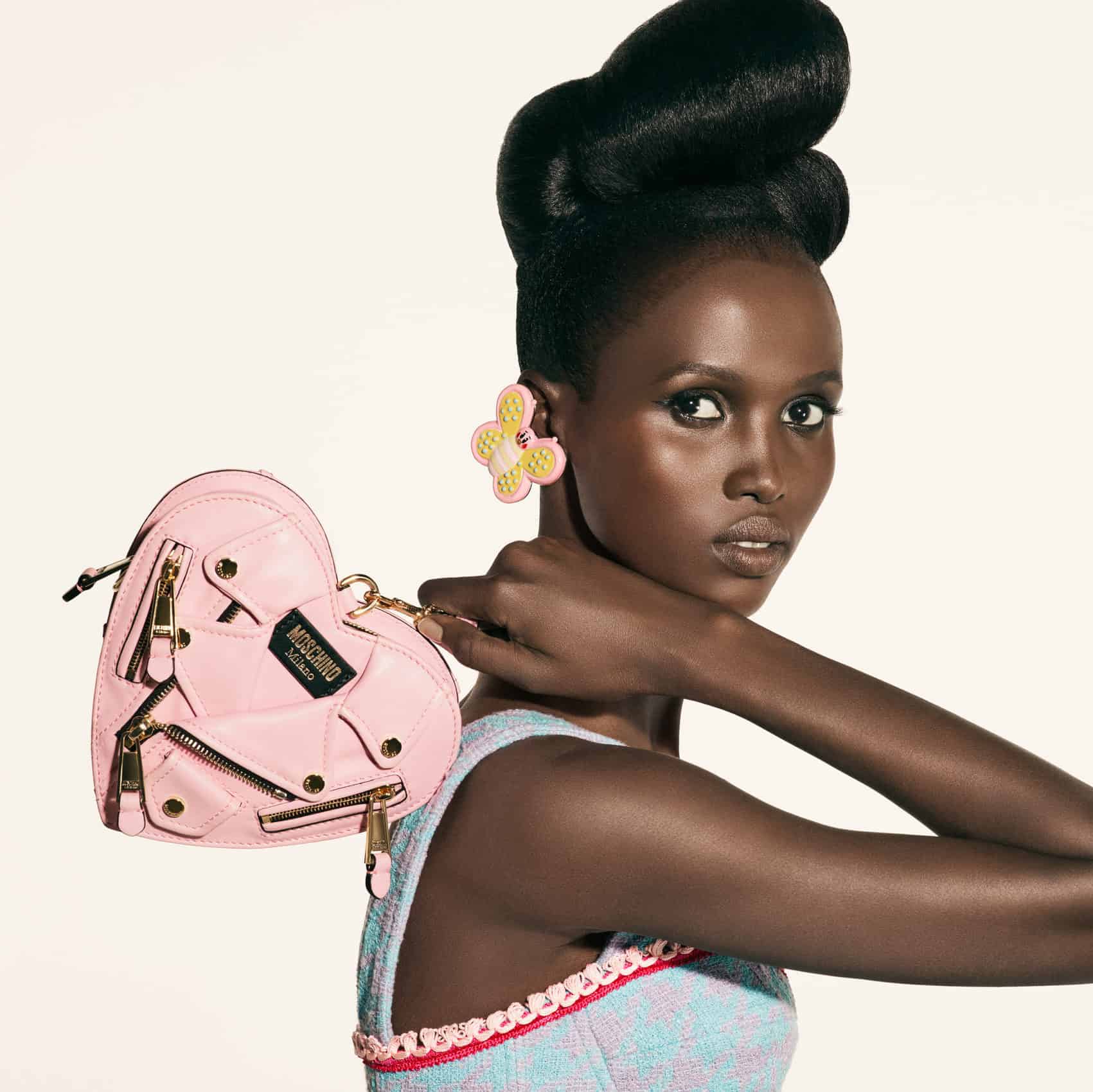 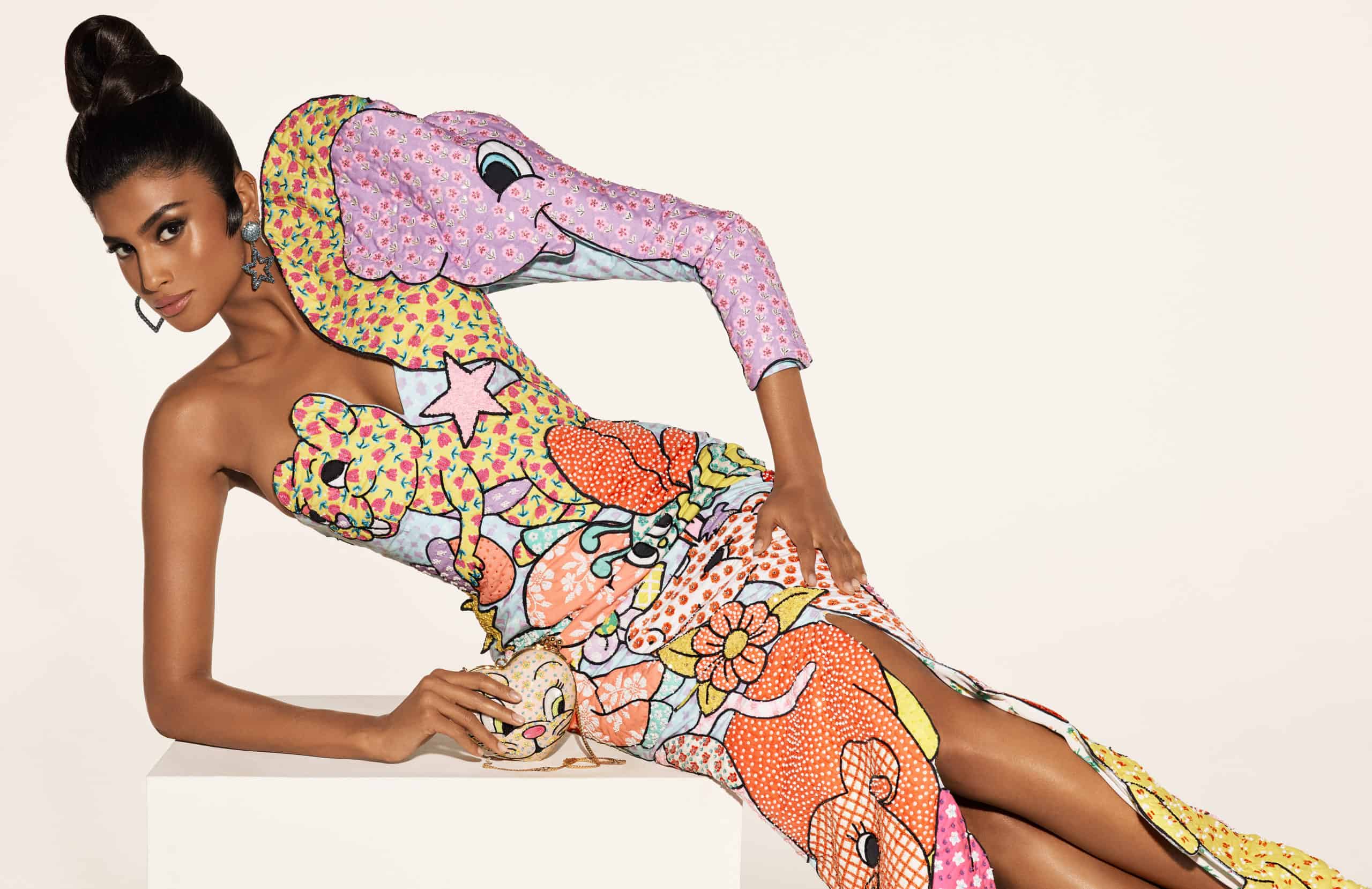 Brilliant Earth teams up with Tacori for inclusive and ethical collection

2022 is expected to be a record-breaking bonanza year for weddings (and judging by the save the dates in our inbox, we can co-sign that prediction). As such, Brilliant Earth’s new collection couldn’t be more perfectly timed. The ethically-sourced fine jewelry brand has linked up with Tacori for a premiere collection of six engagement rings and four wedding bands. The styles are all inspired by details typically found on a wedding dress—think: beaded bodices, delicate embroidery, feminine draping. Indeed, it’s a perfect union of Tacori’s meticulous attention to detail and craft alongside Brilliant Earth’s passionate commitment to ethical keepsakes. Each gem and precious metal is offered in 18K yellow gold, 18K white gold, platinum, and 18K rose gold, with personalization options available and prices range from $2,490-$5,340. Shop the collection online now. 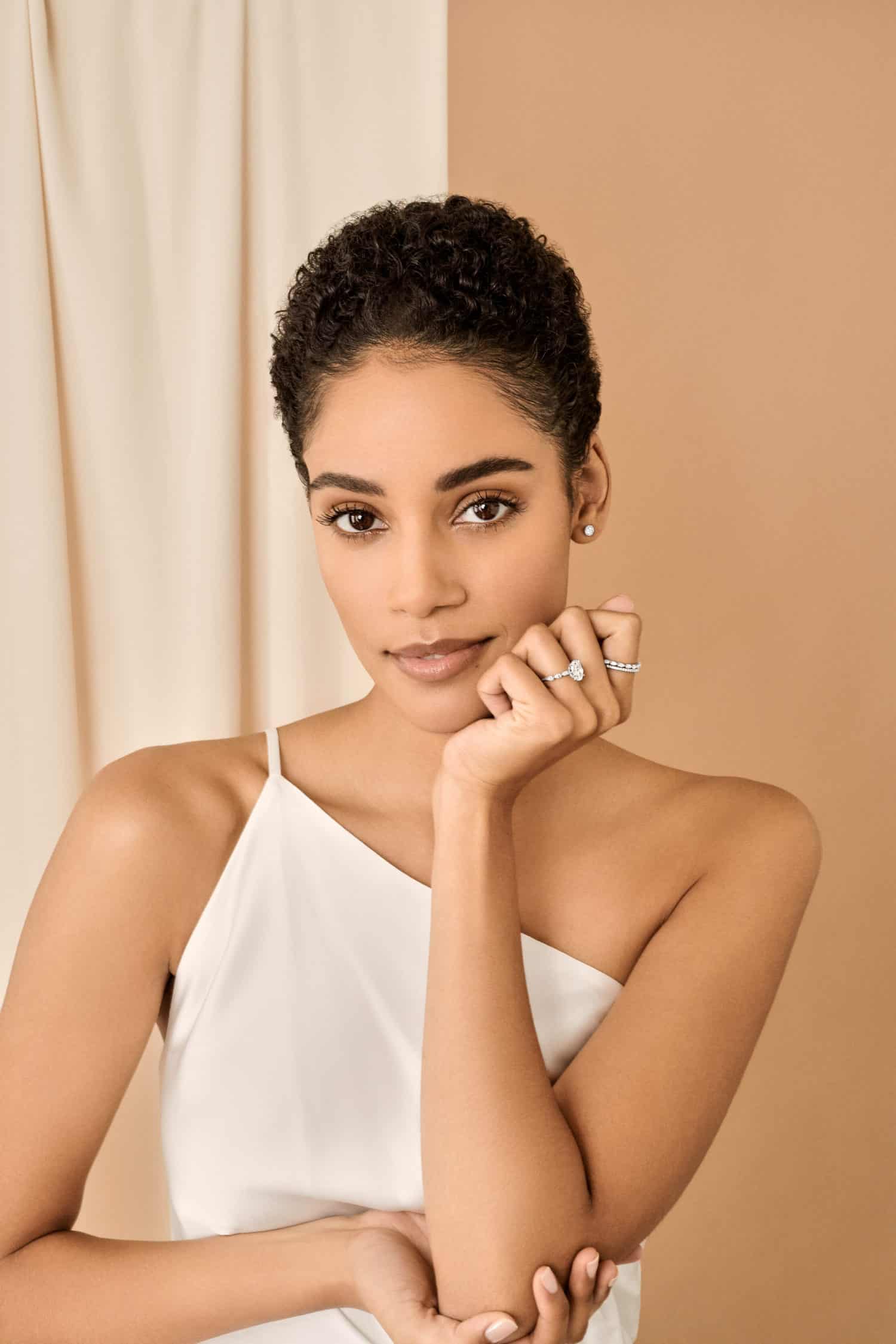