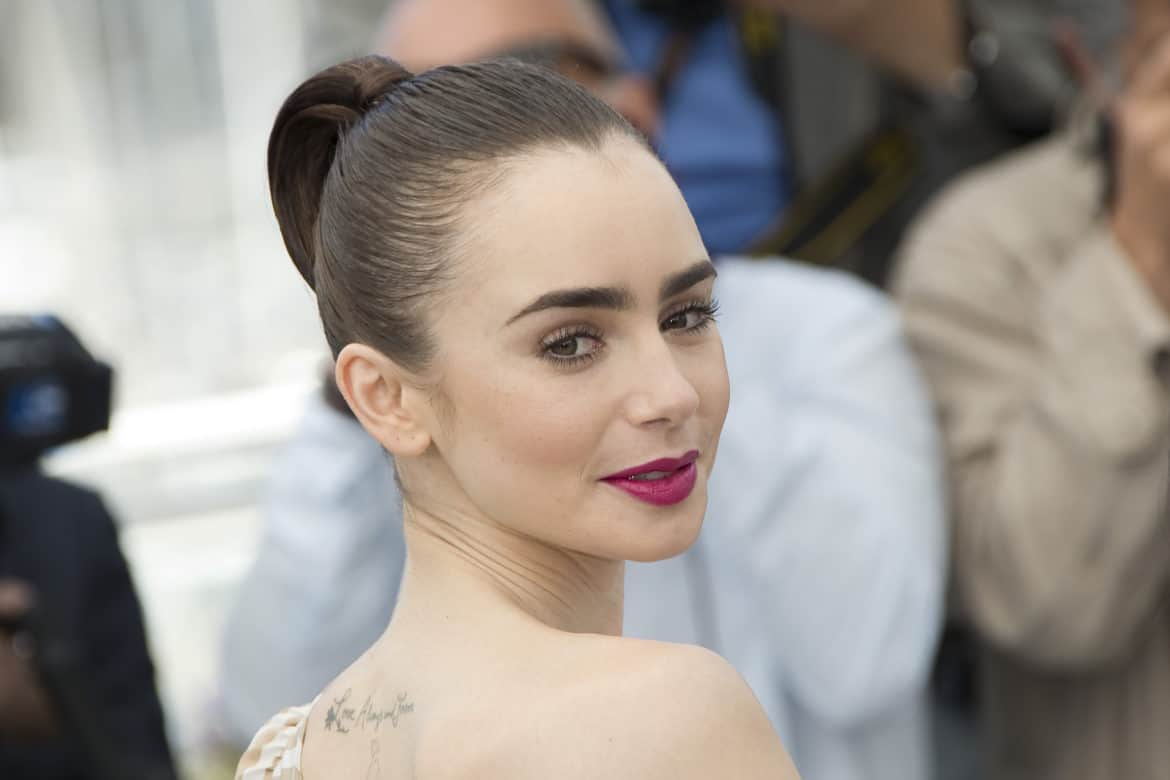 Lily Collins and now-husband and filmmaker Charlie McDowell wed this past weekend against the backdrop of a waterfall in Dunton, Colorado—and the pictures are even more beautiful than they sound. The actress tied the knot in a long-sleeved lace Ralph Lauren dress and, of course, her Internet-famous one-of-a-kind rose-cut diamond. The beautiful bridal look was styled by her longtime collaborators, Rob Zangardi and Mariel Haenn. After sharing the post to Instagram this afternoon, it immediately racked up more than 1.7 million likes in less than an hour. The couple, who became engaged last September, was first linked in 2019.

Anna Wintour has named new editrixes across the Atlantic: Eugénie Trochu and Francesca Regazzi will helm Vogue Paris and Vogue Italia, respectively. Replacing longtime Vogue veteran Emmanuelle Alt, as head of editorial content, Trochu will be in charge of redefining trends across French fashion. Regazzi, the Italian edition’s former fashion market director, will take on a similar role at Vogue Italia. Both women will work closely with Wintour and European editorial director and British Vogue editor in chief Edward Enniful. The appointments, announced simultaneously, confirm the publication’s global efforts to cut costs and streamline its operations by introducing more digitally-inclined editors to the masthead that will oversee shared content between editions.

On the occasion of the 1,600th anniversary of Venice, luxury label Alberta Ferretti took to the city’s esteemed Cà Rezzonico to celebrate with a glorious display of fashion. Held on Saturday in sync with the Venice Film Festival and at the historic palace, the anniversarial celebration included a cocktail hour and an offering dedicated solely to the crossroads of Venetian culture and fashion. Just think: embossed leather, blown glass jewels, silk damasks, cascading fringe, lace-tulle blends, phytomorphic embroidery, and more, made in collaboration with local artisans. The homage to Venice is nothing surprising, though, especially for namesake founder Ferretti, whose love for the locale has shone through in collections past—her 2017 offering in specific. Feast your eyes on the fashion below: 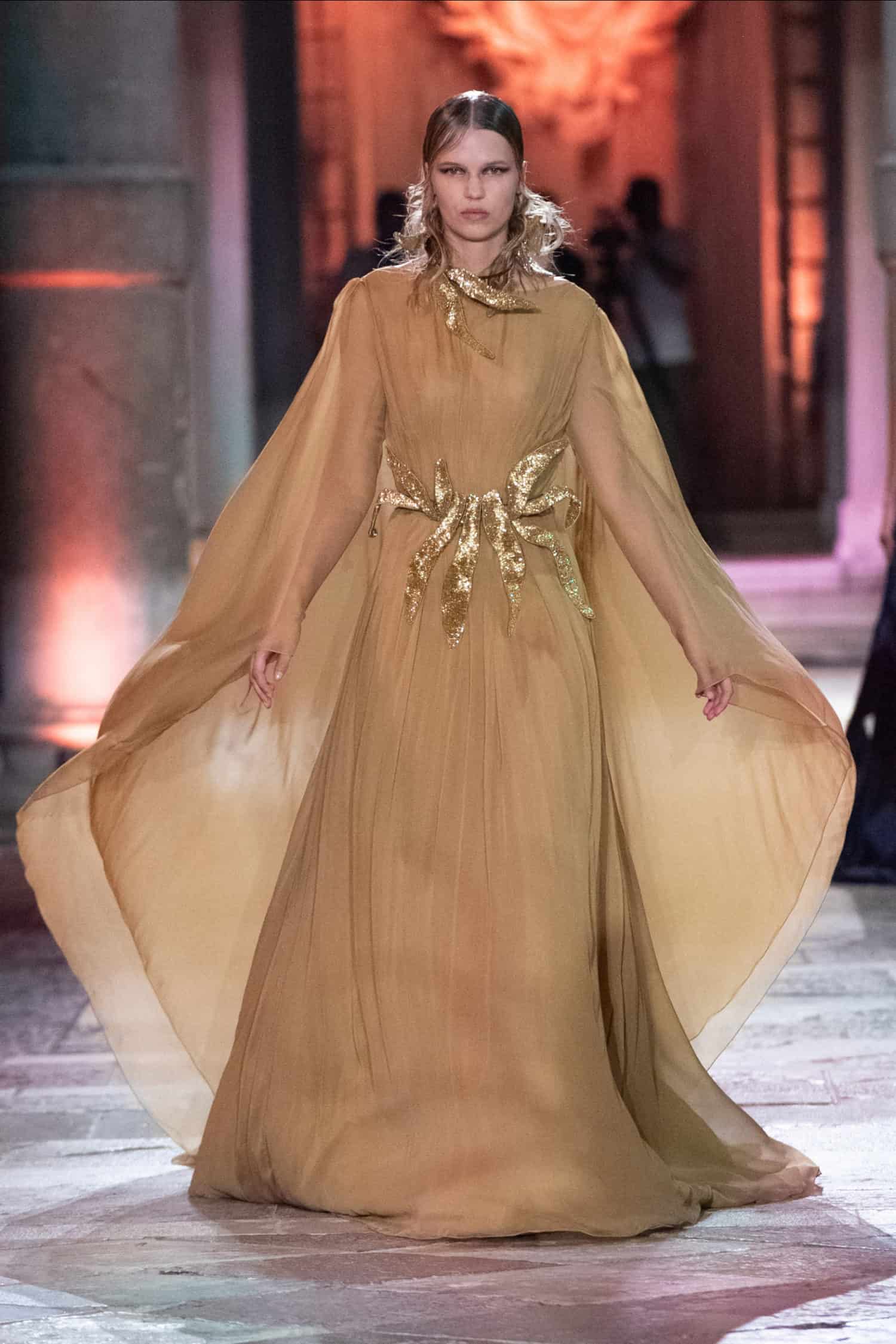 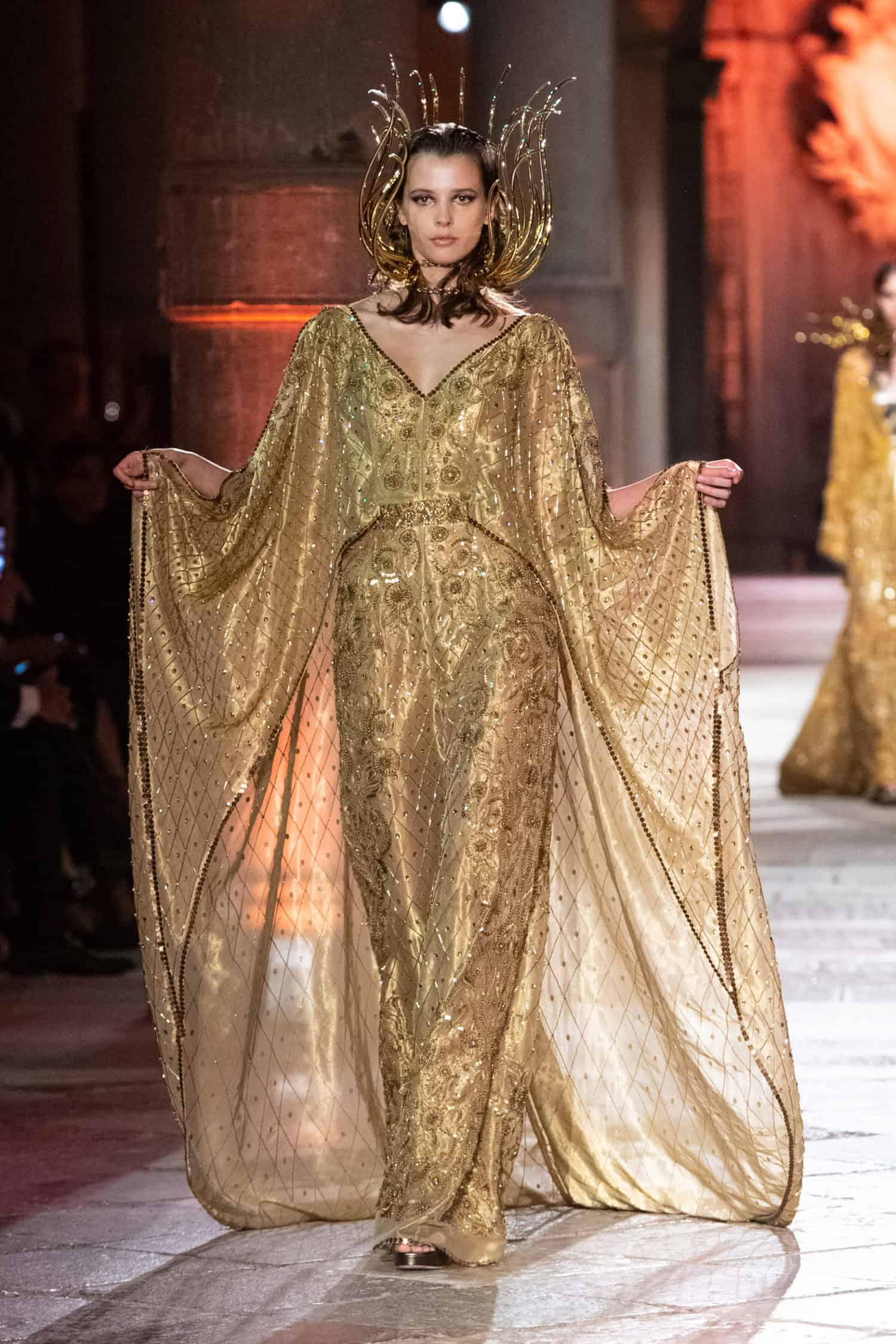 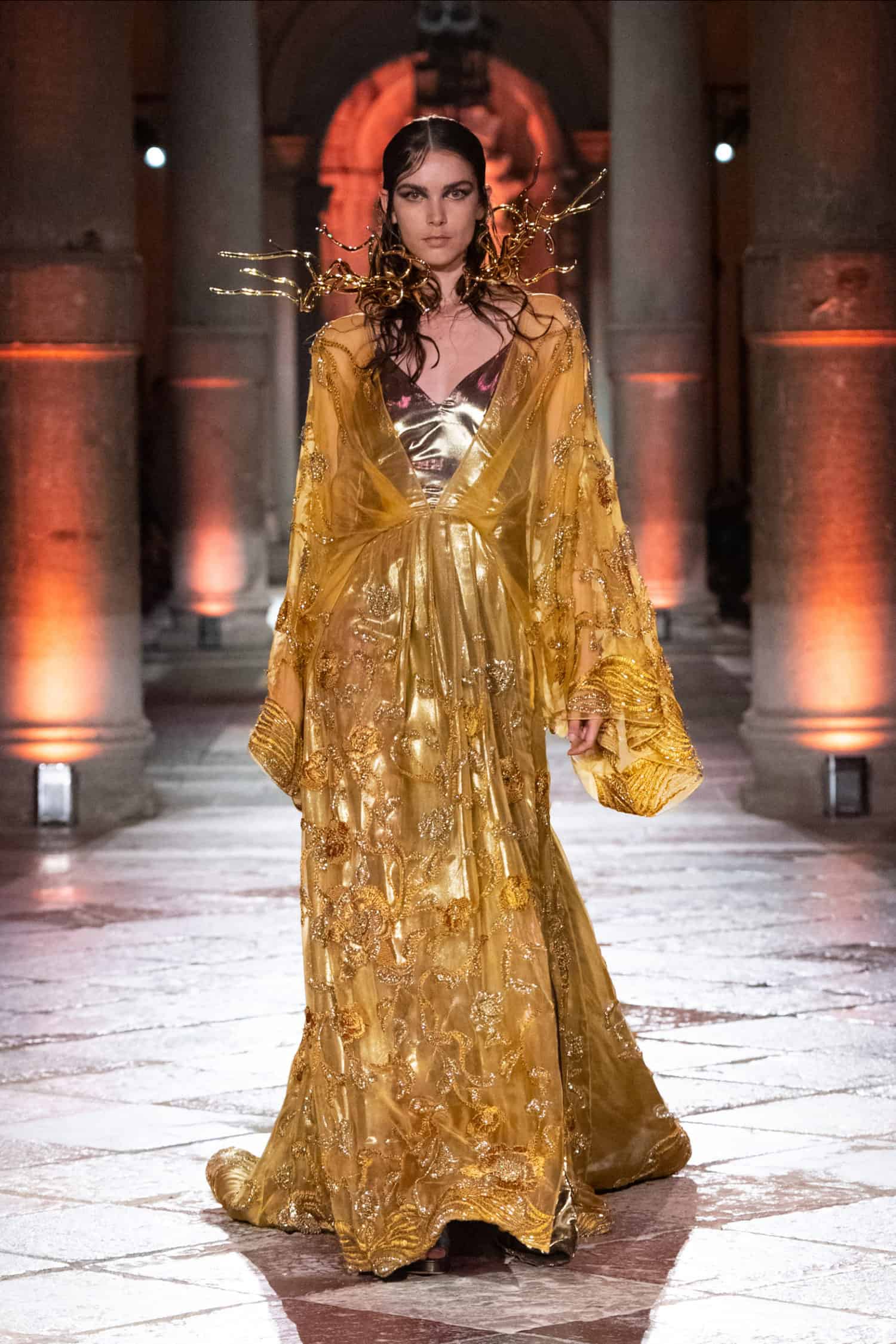 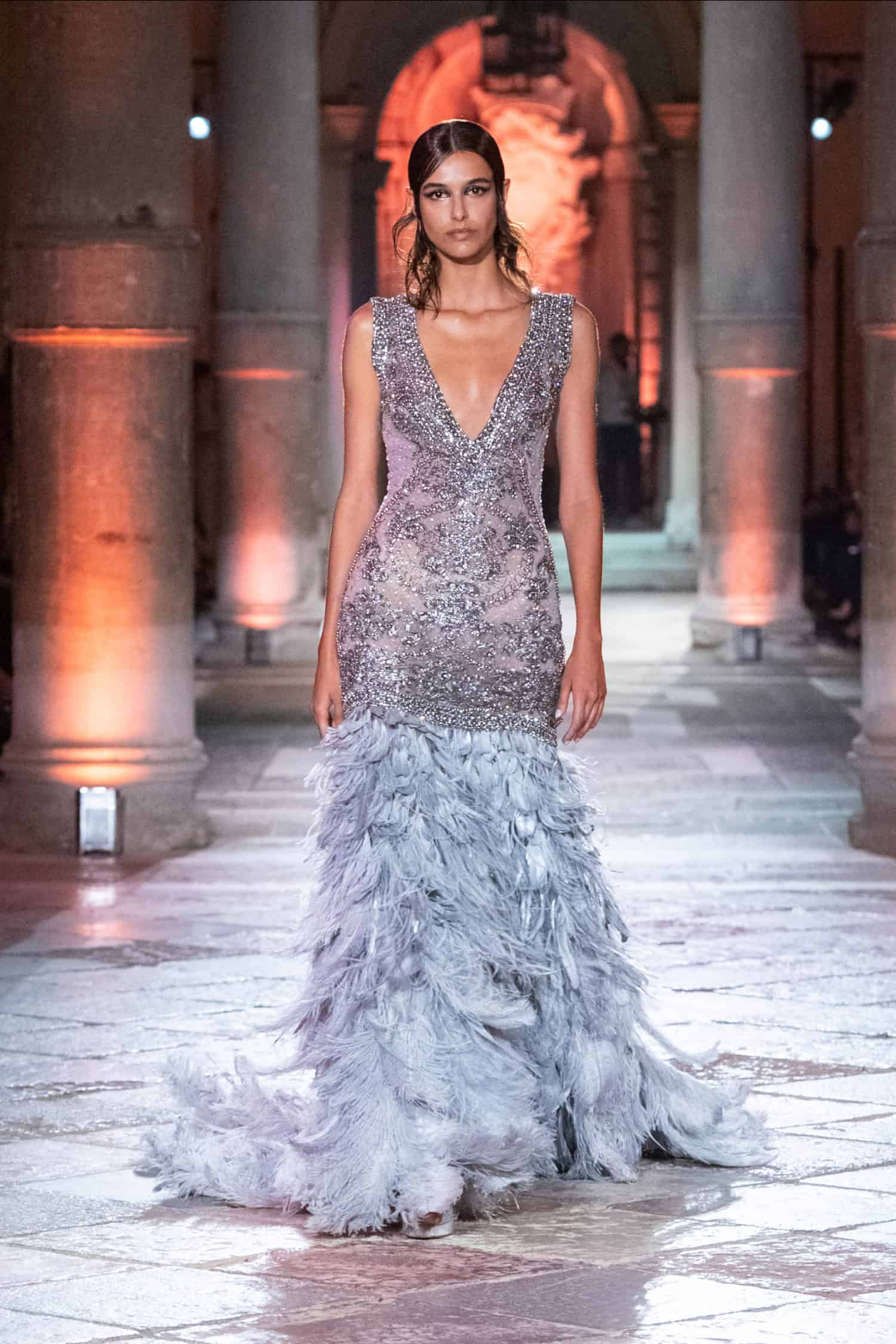 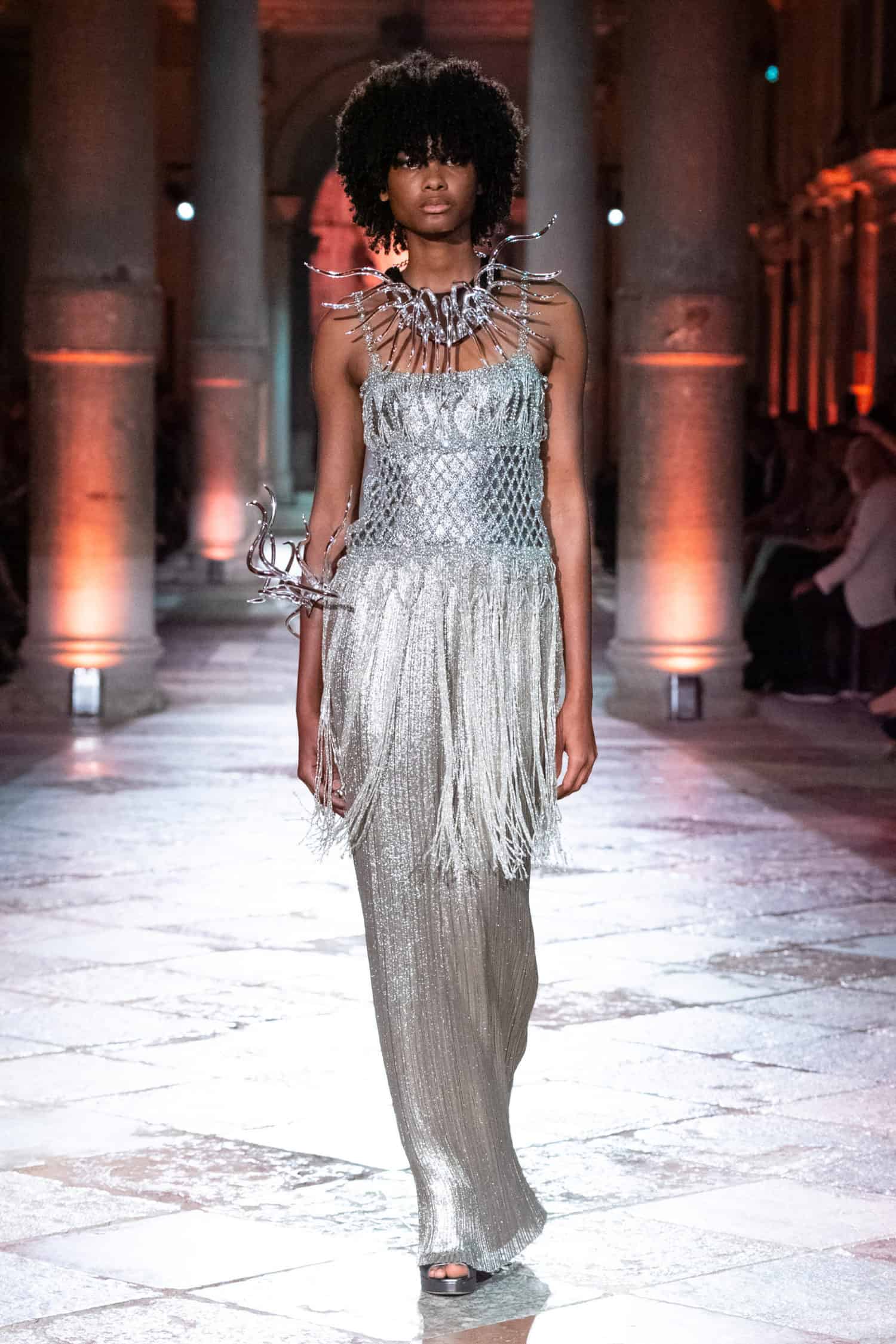 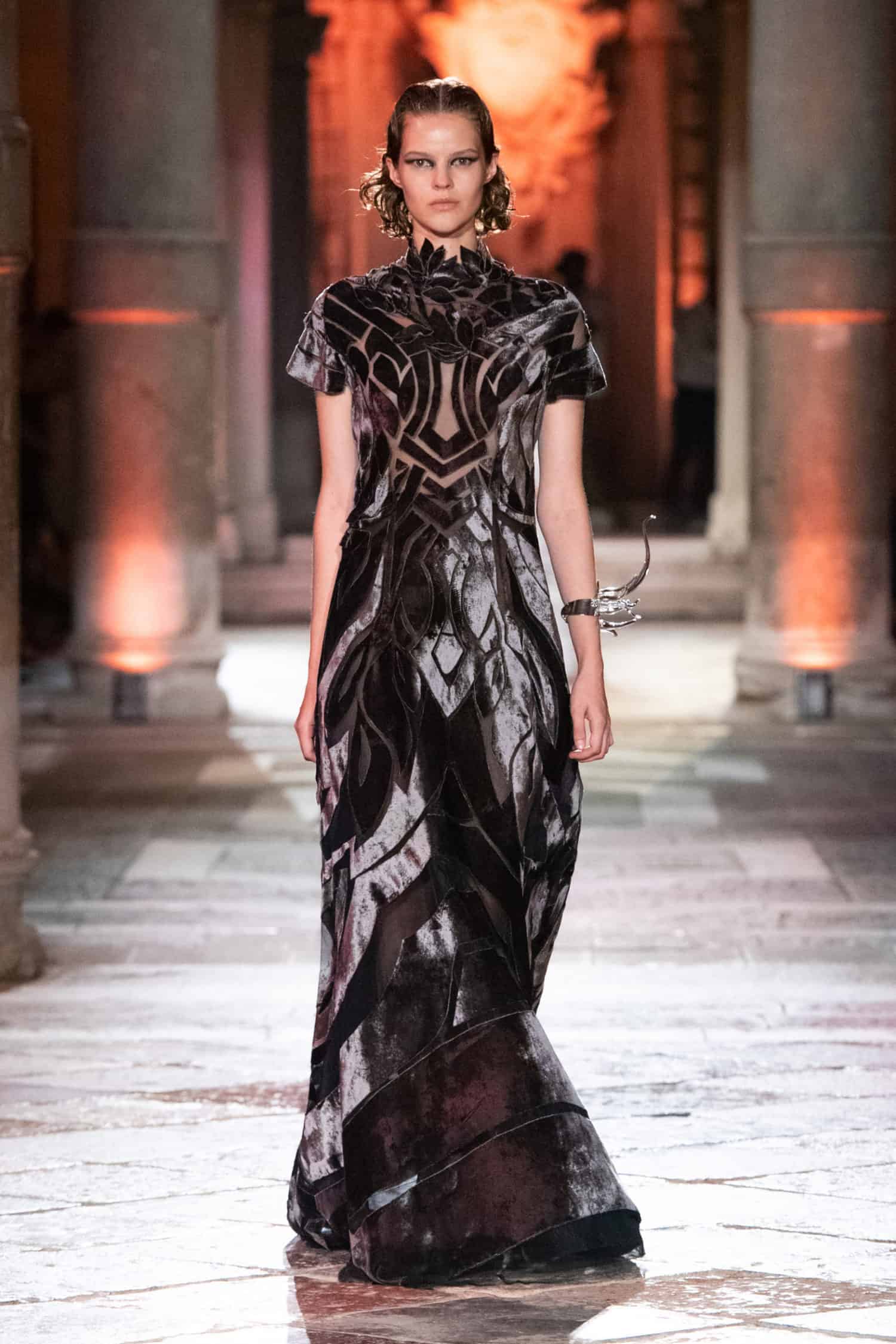 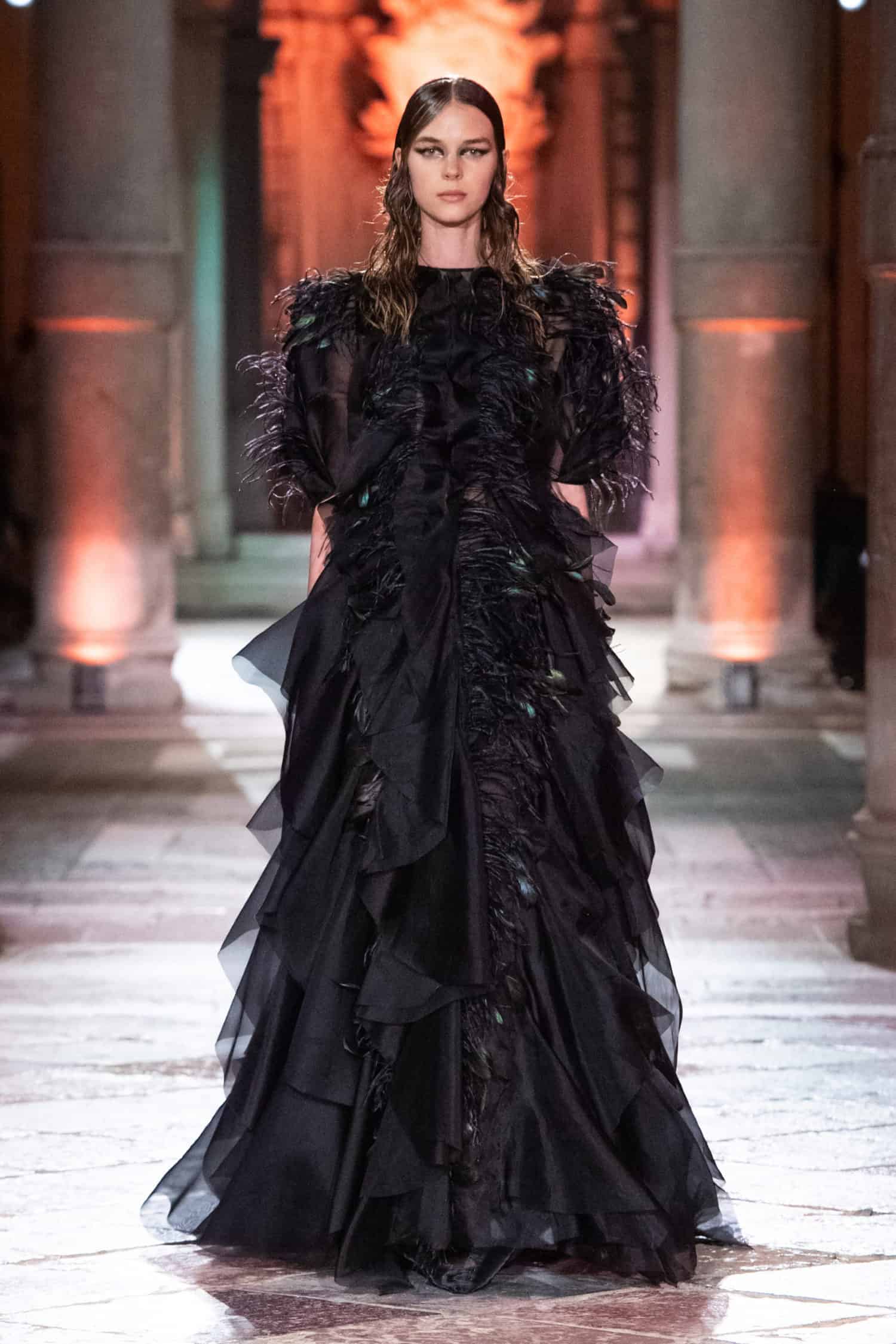 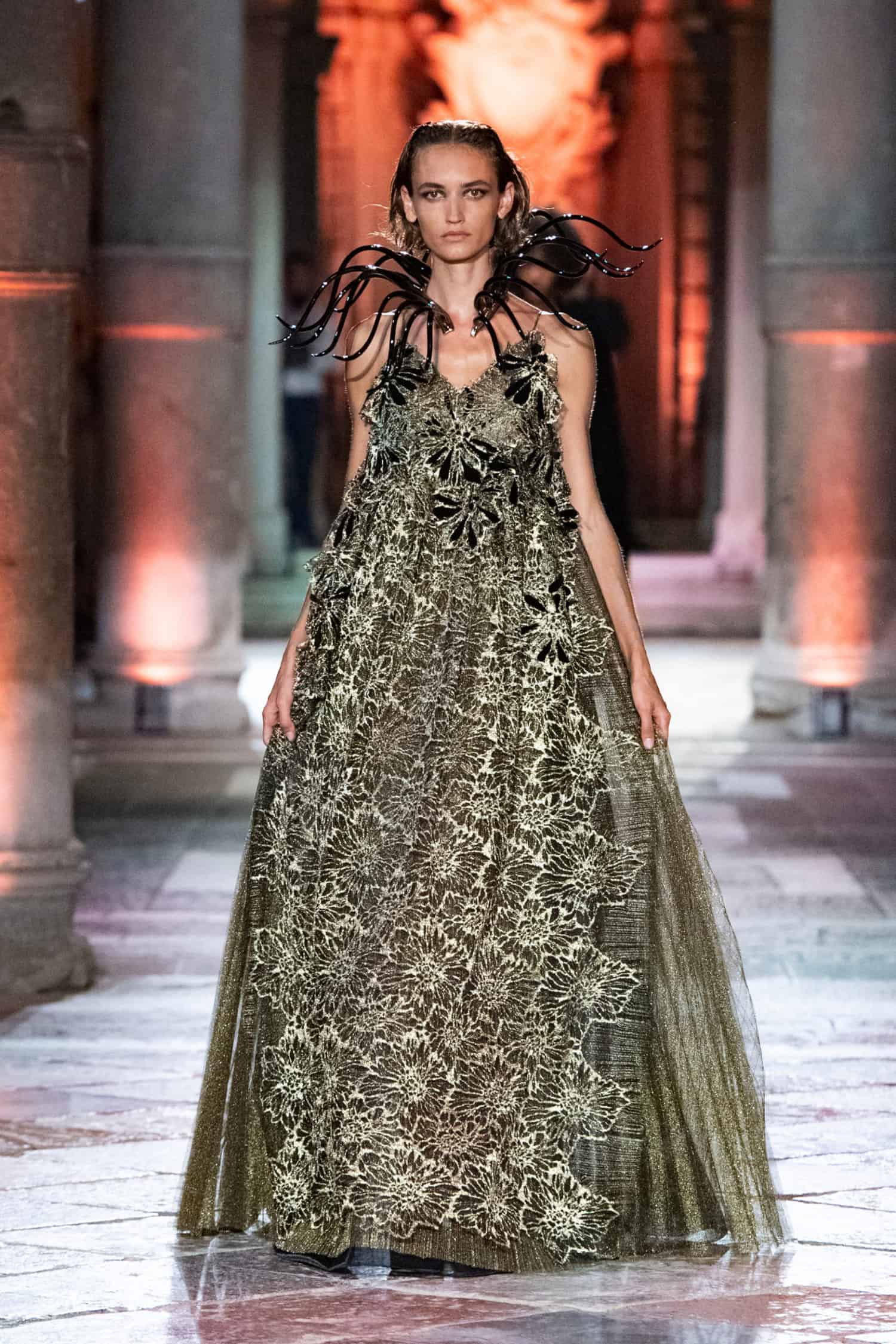 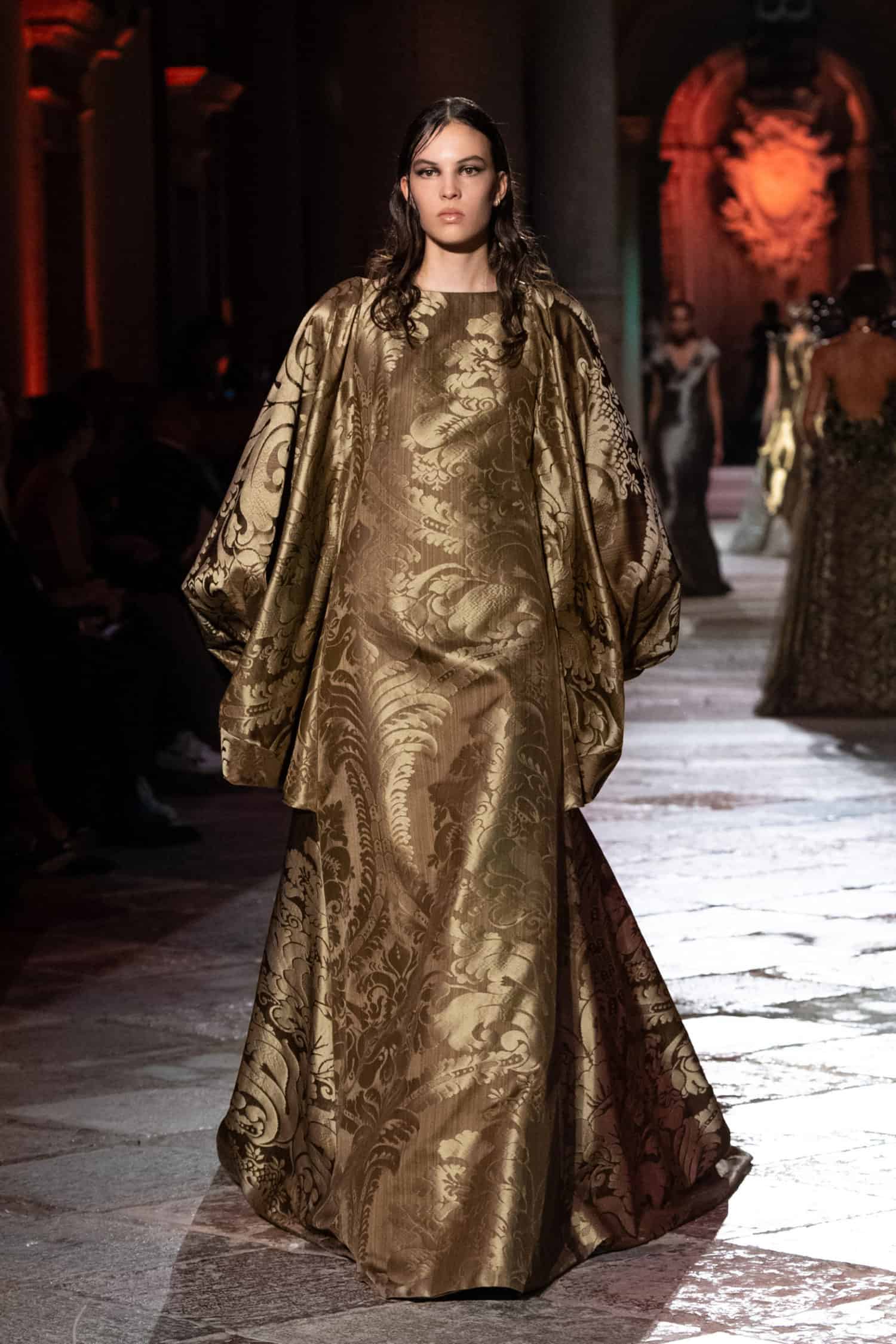 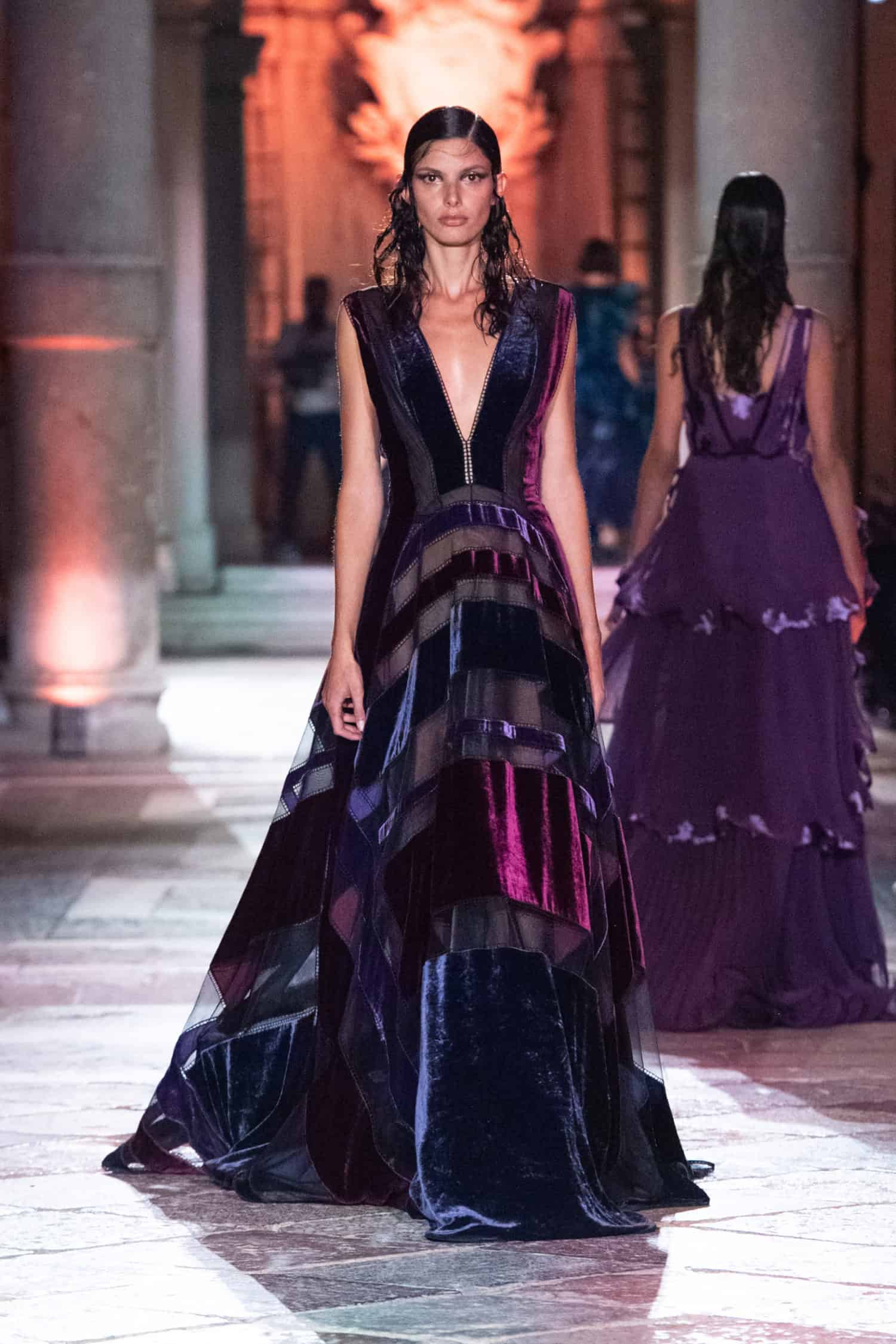 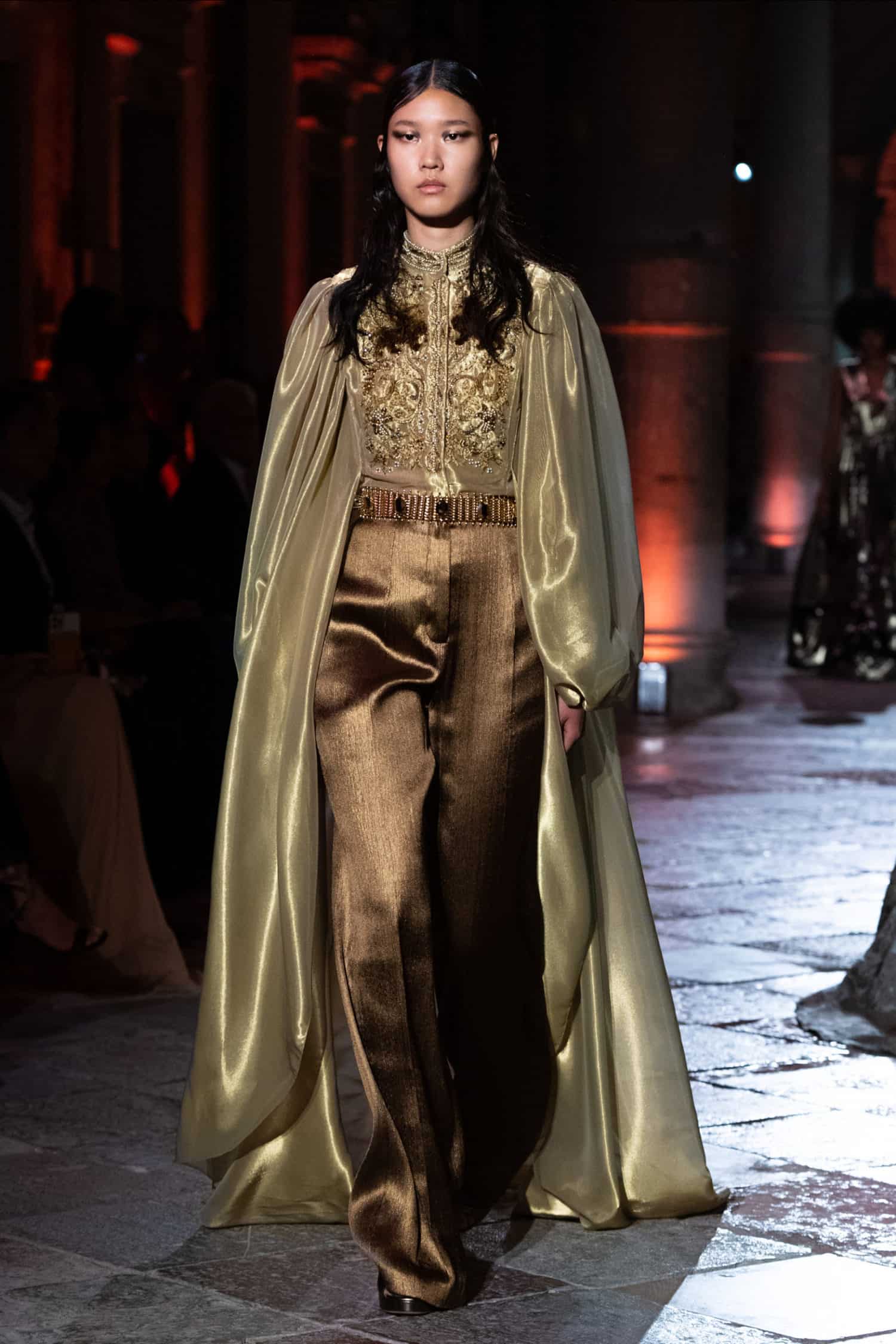 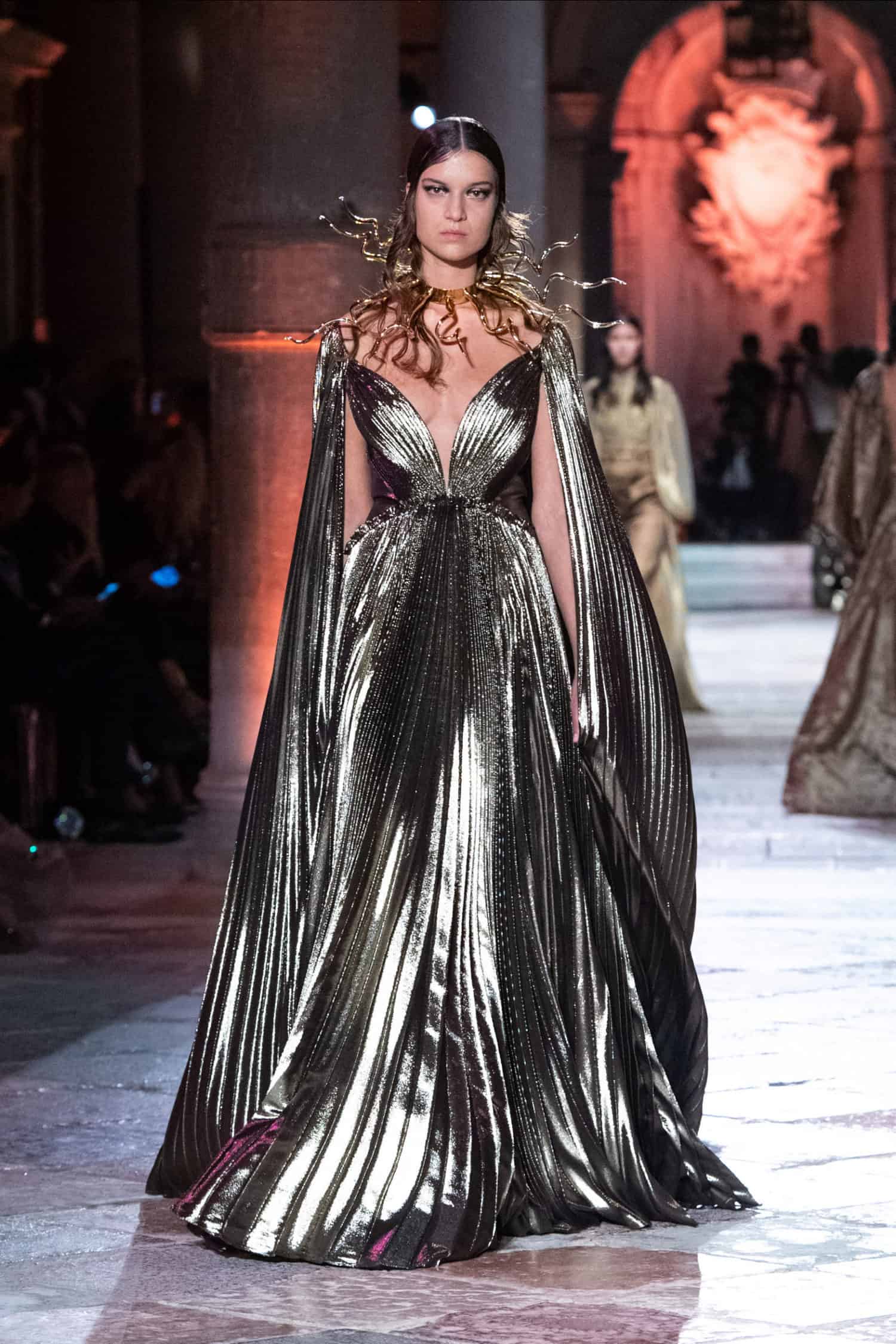 After a year without expansion, the Council of Fashion Designers of America is growing its membership base, with the announcement of 12 new members! Among the additions to this year’s membership list are Christopher John Rogers, Autumn Adeigbo, Abrima Erwiah, Claudia Li, Hillary Taymour, Jonathan Cohen, Kenneth Nicholson, LaQuan Smith, Marina Moscone, Mike Eckhaus and Zoe Latta, and Willy Chavarria. The appointments nod to the CFDA’s ongoing efforts to diversify its membership base and attract new talent to the industry. What’s more, the organization will offer an associate member tier for existing members who, in recent years, have been absent from the production line, as well as introduce an interim member tier—a means toward CFDA membership for promising emerging brands.

Cardi B took to Instagram yesterday to make an announcement—and it wasn’t your average Birkin boast! The rapper announced the birth of her second child with husband Offset. Dressed in blue (and Louis Vuitton!) to celebrate the arrival of their unnamed baby boy, the duo announced they are “overjoyed to finally meet” their son. Baby Bardi, as he’s been referred to as of now, is Offset’s fifth child—with three from previous marriages. The couple, who secretly married back in 2017 and temporarily split in 2020, are already parents to daughter Kulture (whose Birkin collection is already giving her mother’s a run for its money). We’re expecting the same haute wardrobe for little man, too. Congrats!

Molekule and Altuzarra are bringing a breath of fresh air to NYFW!

In honor of a grand return to the runways, official air purification partner of Madison Square Garden Molekule has teamed up with global luxury label Altuzarra to bring quality air to New York Fashion Week. The duo worked together to install a combination of Air Pro RX and Air Pro devices throughout show spaces, ridding them of viruses, bacteria, mold, and anything else you’d prefer your fashion week environment to be free from. Joseph Altuzarra, who is making his runway return this upcoming Sunday, said that keeping health and safety top of mind for a non-virtual NYFW was nonnegotiable. “Coming back to show in New York is extremely monumental for myself and my brand, however doing so while taking precautions was critically important for me to prioritize,” said Altuzarra. 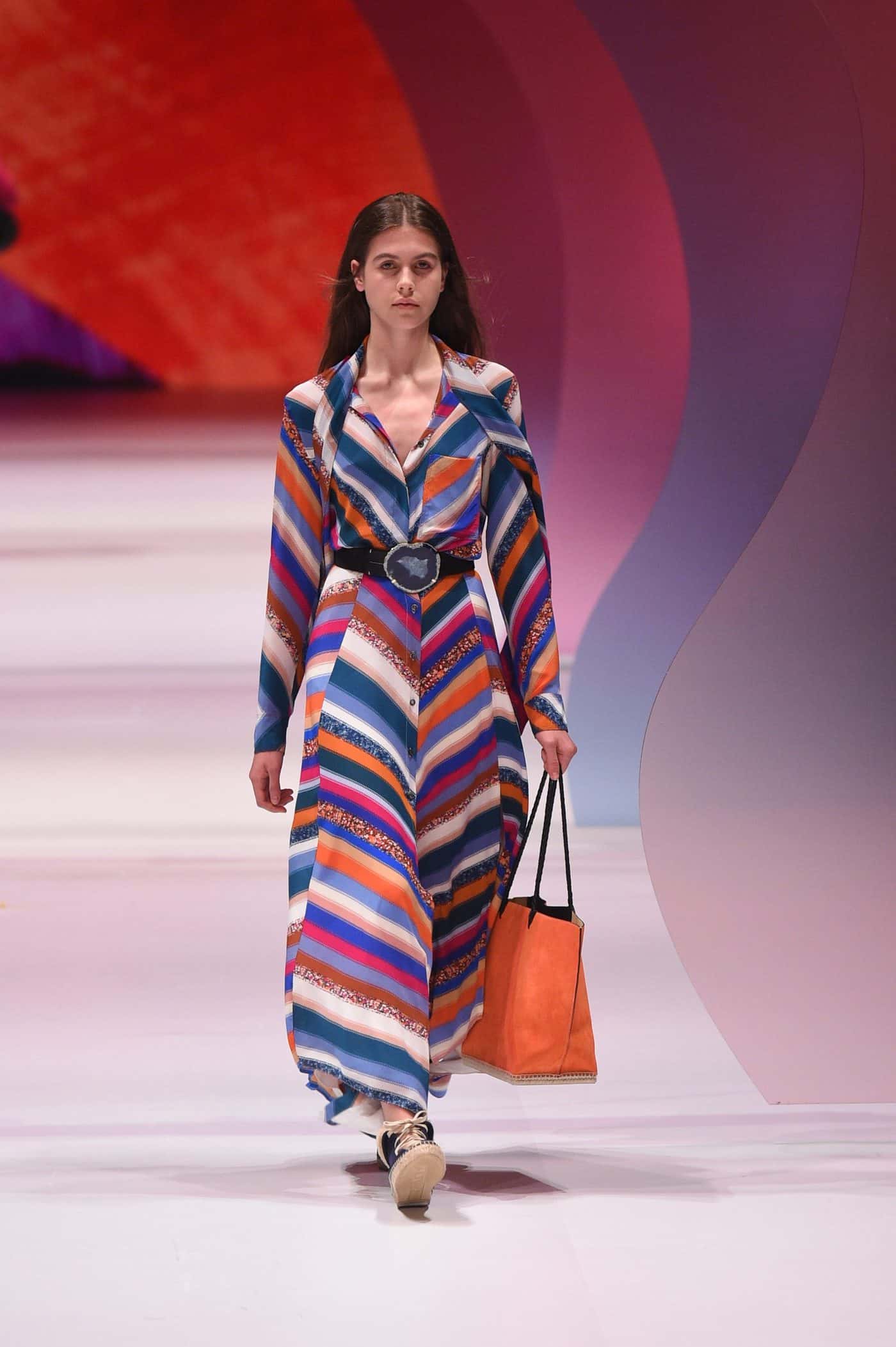 Our Secret To A Joie-full Fashion Week? Joy Bites Chocolate!

It’s T-2 Days Until The SUPIMA Contest! Here’s How To Watch The Show In Real Time