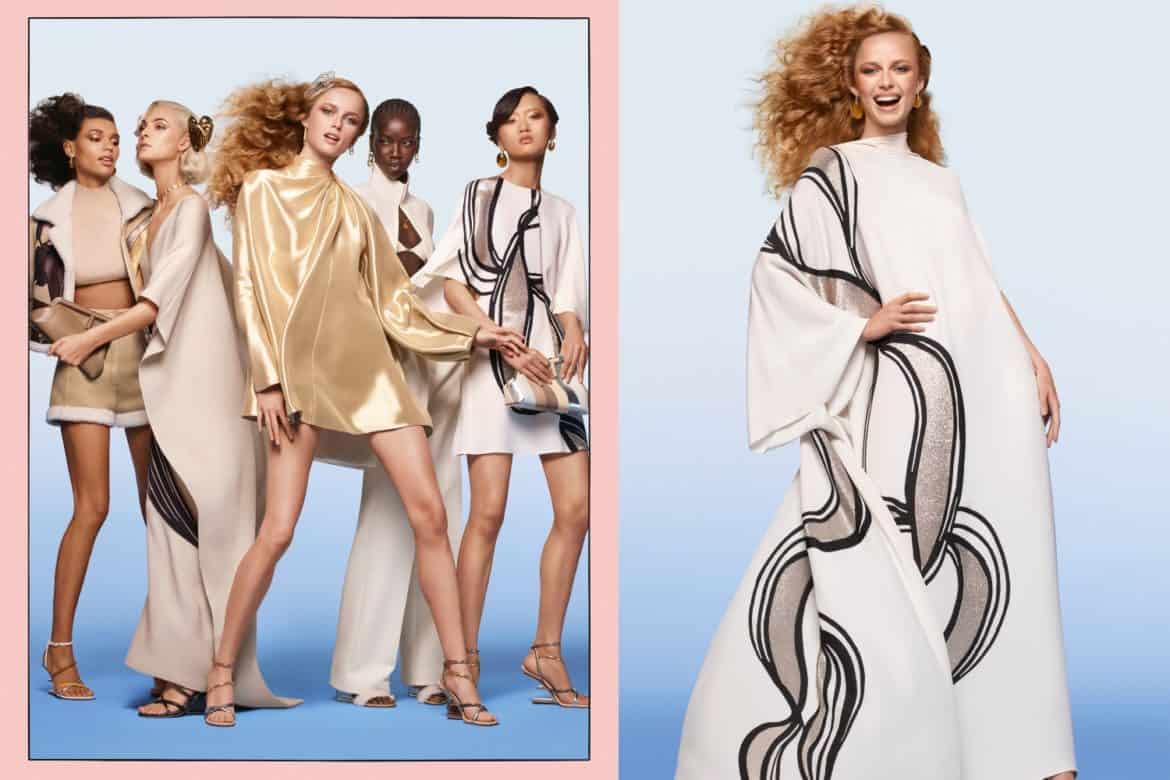 The Harper’s Bazaar team keeps growing! Marking the latest of exciting hires at the publication, household-name editorial voice Rachel Tashjian has been named fashion news director. Previously GQ’s fashion critic, Tashjian has an impressive professional career on her lengthy resume, including stints as deputy editor for Vice’s GARAGE and being the founder of cult-favorite newsletter Opulent Tips. At GQ, she became a trusted authority for runway reviews, designer profiles, long form industry-related think pieces, and more. As part of the role, the essayist will work directly with editor in chief Samira Nasr and executive editor Leah Chernikoff. “Rachel’s is one of the most distinctive and exciting voices in fashion and I’m ecstatic she will be lending it to the pages and platforms of Harper’s Bazaar,” Nasr said. Tashjian’s appointment follows the recent announcement of incoming deputy digital editor Izzy Grinspan, senior social media editor Mariah Morrison, and senior news editor Rosa Sanchez.

Announced today, Kerby Jean-Raymond is stepping down from his executive role at Reebok. The Pyer Moss founder, who was enlisted as the shoe label’s global creative director in early 2021, is scheduled to conclude his stint on March 1 and will be showing the last of his work (Collection 4) later in the month. The designer, who became the first Black designer to own a slot on the couture calendar last year, originally began his Reebok journey back in 2017 with a collaboration. Despite having grown up working in sneaker stores, Jean-Raymond said Reebok took a dangerous chance in hiring him, but while he didn’t have the professional expertise, he had the heart and passion to make up for it. “I enjoyed my time with Reebok and wish the company well in all of its future endeavors,” he said in a statement. 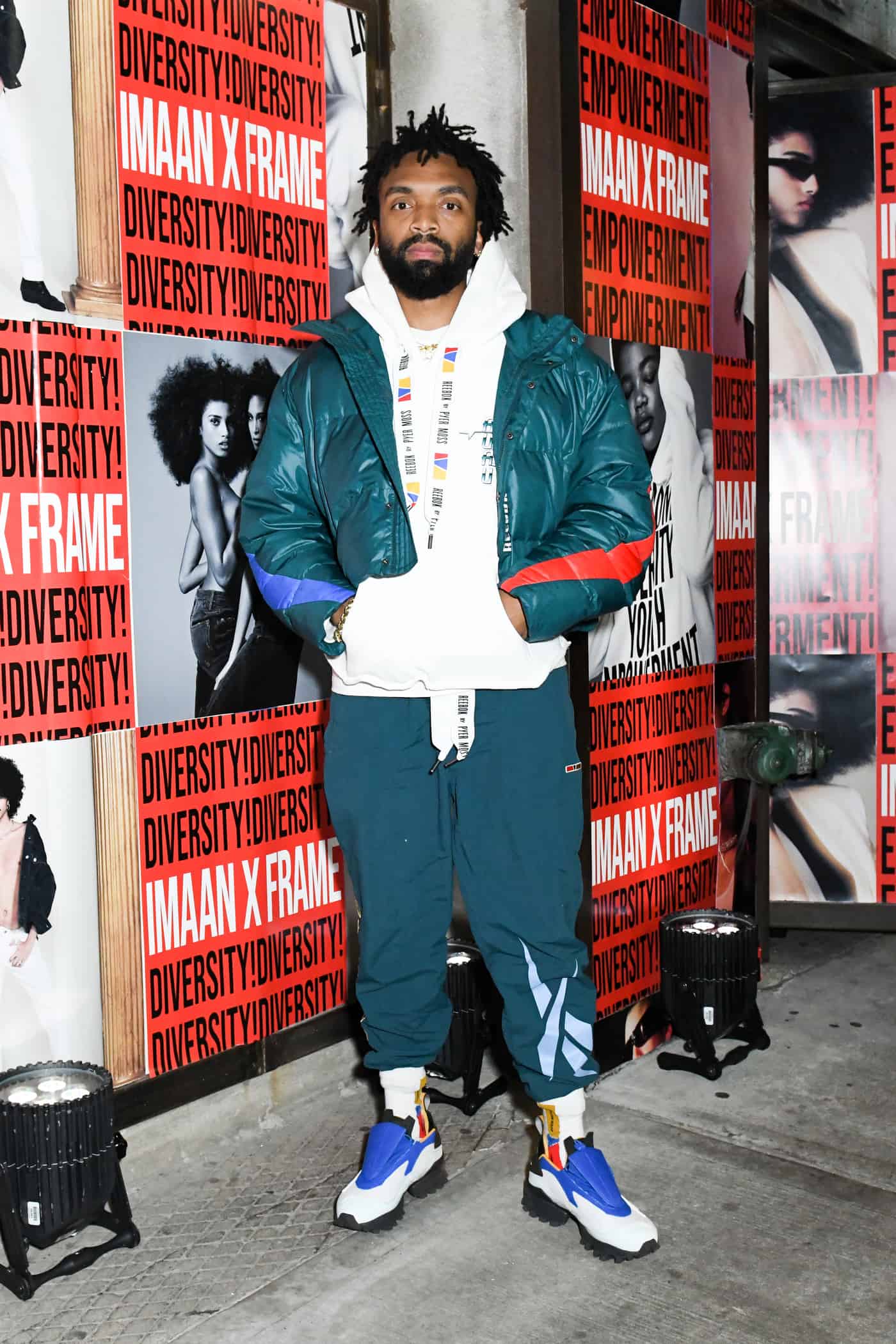 Kanye’s love language? Birkins for you and your friends! The rapper and his new love interest, Julia Fox, celebrated the actresses’ 32nd birthday at Nolita hotspot Lucien, surrounded by close friends. As far as party favors went, Ye took full charge, handing out five Hermès Birkin bags to Fox and her besties. Despite being freshly christened as a couple, the Birkin bash isn’t the first occasion for which West has made money moves for Fox—for their second date, the rapper infamously surprised Fox with a hotel suite fully stocked with designer wares, totaling somewhere between $85,000 and $100,000, followed by a dinner-interrupting photoshoot in the middle of Carbone. It isn’t a first for Fox either—sorry Ye, seemingly Drake did it first! What’ll be on the cards for Valentine’s Day?!

As of today, House of Gucci is available to watch on select streaming services. The crime drama flick, which stars Lady Gaga and Adam Driver as headliners, is now available to view on Amazon Prime, Vudu, and Apple TV—with physical DVD and Blu-Ray copies to be released later this month. As for the story itself, the Ridley Scott-directed motion picture is based on the novel, “The House of Gucci: A Sensational Story of Murder, Madness, Glamour, and Greed,” which charts the story of Maurizio Gucci (Driver) and his murder, ordered by first wife Patrizia Reggiani (Lady Gaga). While reviews were mixed (to say the least), the film has been given three BAFTA nominations—including best actress, best British film, and best makeup and hair. Snowday weekend plans: complete!

Fendi’s Spring Summer campaign is here, and it’s all about joyful irreverence and female confidence. Inspired by Studio 54-themed glamour and the hand-drawn works of artist Antonio Lopez found in the label’s decades-old archives, the campaign was brought to life by director Ronnie Cooke Newhouse and Karl Bolander, as well as photographer Craig McDean. As for those in front of the camera, models Vittoria Ceretti, Yilan Hua, Anok Yai, Rianne Van Rompaey, and Barbara Valente can be found in their elegant disco finery, flipping hair, striking poses, and serving looks in front of studio lights and the most opportune breeze. (Hey, Studio 54 is a state of mind, right?!) Key looks enjoying the draft include a totally-fringed mini dress, floor-length silk kaftans, gilded strappy stilettos, and some of the house’s signature hand and arm candy like the new Fendi First. Catch a peek below.

Lingerie giant Victoria’s Secret continues to further itself from its controversial past identity. Its latest launch stars transgender model Emira D’Spain, who’s known to many as a TikTok star and Paper’s beauty director. Debuted just in time to kick off Black History Month, D’Spain shows off the “Valentine’s Day Single Girl Edition” wardrobe, as she calls it. The label’s history has not always been geared toward inclusivity, with former chief marketing officer Ed Razek once quipping that the label was not interested in so-called atypical models—transgender, plus-size, pregnant women—in 2018. The brand has been making strides in the acceptance department ever since. In celebration, D’spain took to Instagram to flaunt her favorite new uniform (a hot-red corset!) and announce the long-awaited success. “Honored to be the first black trans girl working with @victoriassecret. As a kid I only DREAMED of being a part of Victoria’s Secret,” she wrote. The partnership marks the first of many scheduled to show this month from Victoria’s Secret, who’s devoted the entirety of February specifically to spotlight and celebrate Black women.

So Much To Do! So Much To See! Checking In With IMG’s Noah Kozlowski To Hear This Season’s NYFW Programing Highlights