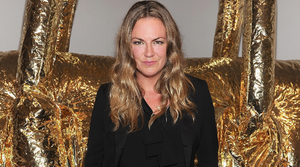 (NEW YORK) Since her first full collection on in September 2008, creative director Emma Hill has been known for her revitalization of the Brit-based brand, Mulberry. On the heels of rumored creative and operational disagreements with management, Hill has decided to depart the company. She started her stint with Mulberry in February of 2008 and was a veteran of such fashion labels as Gap, Marc Jacobs, and Chloé accessories. Hill took on the role after Stuart Vevers, her predecessor, left for Spanish luxury brand Loewe. Since her announcement, shares in Mulberry have dropped 8.6 percent and an agreement on her actual departure date is still pending. Speculation is now swirling that Hill might be the top candidate for Coach’s creative director role now that Reed Krakoff is leaving to focus on his own eponymous line. But for now, there’s no word on whether she’ll be moving stateside anytime soon.

Where The Boys Are