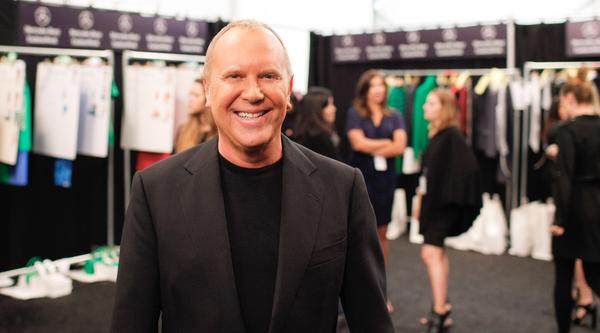 (NEW YORK) Michael Kors will be returning to his alma mater, FIT, this year to accept the esteemed Couture Council Award for Artistry of Fashion, presented by the Couture Council of The Museum at the Fashion Institute of Technology. The designer is slated to be honored during a benefit luncheon at the David H. Koch Theater in Lincoln Center to kick off New York Fashion Week on September 4. In previous years, Kors has been nominated for the award by a seasoned committee of industry heavyweights in fashion journalism, retail, and museum curation, but this marks his first win. And, as expected, he’s in good company. Past recipients of awards doled out by the Couture Council are Giorgio Armani, Karl Lagerfeld, Oscar de la Renta, Alber Elbaz, and Valentino to name a few.

In other FIT news, the designer established the Michael Kors Endowed Scholarship at the institute in December. The charitable fund includes free tuition, room and board, plus books for one fashion design student each year. The first lucky candidate will be named this summer.