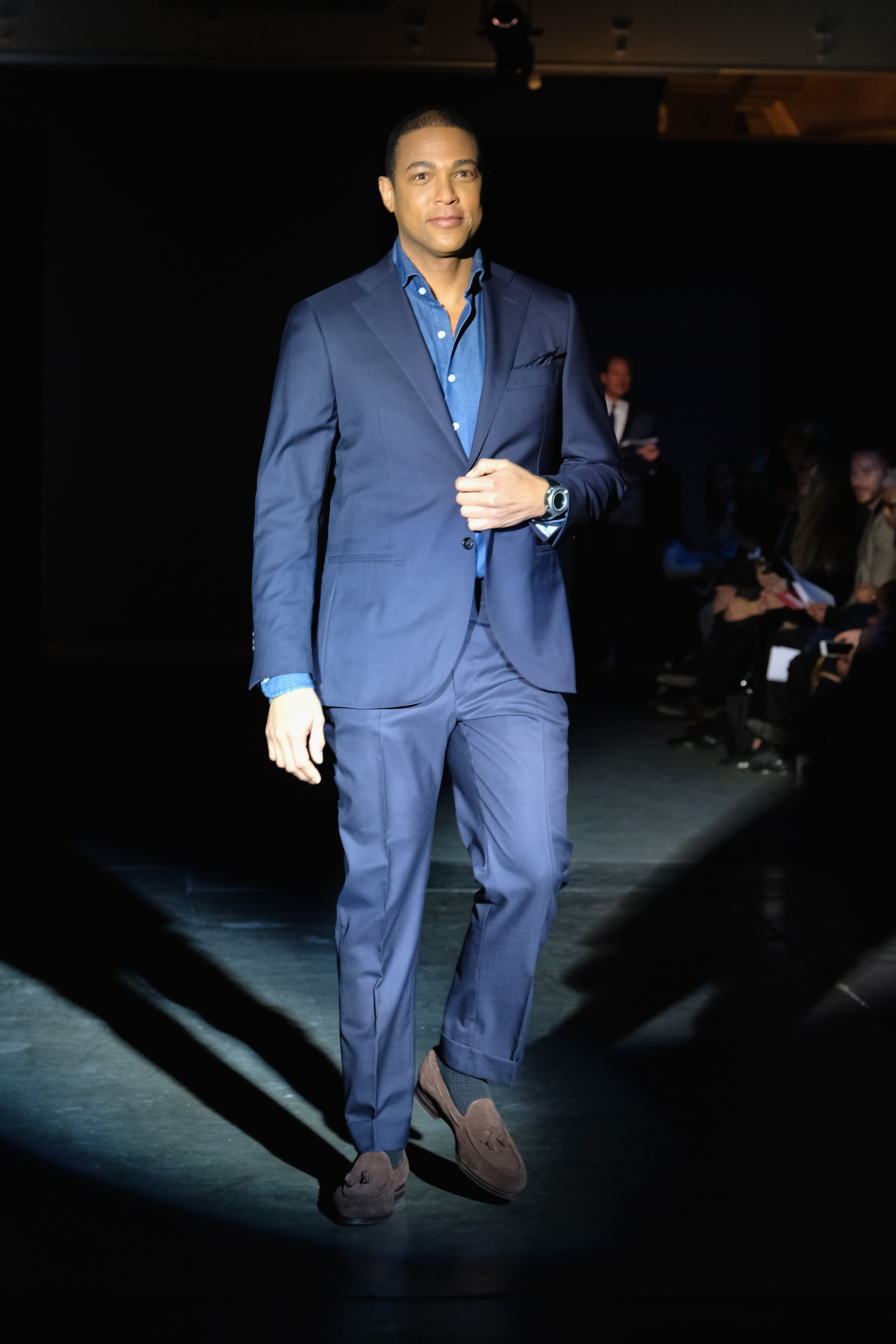 If you’re a fashion enthusiast by day and a political junkie by night, or if you’re simply just watching the news these days, you’ll understand why we were excited to meet CNN host Don Lemon last night. Lemon was walking the Blue Jacket Fashion Show to raise awareness for prostate cancer. We turned the tables on the TV personality—truly the nicest guy!—before he made his catwalk debut, and put him in the hot seat. Take it away, Don!

Have you ever walked in a fashion show before?
Not something this big. I’m going to do my best Derek Zoolander! It’s for a great cause, and where else would I be? Well, I guess work, which I’m going to later, but prostate cancer is a very important issue, so I thought it was a good way to lend my voice to raise awareness.
Do your CNN colleagues know what you’re up to tonight?
Yes! My bosses do because they approved it. They’re happy that I’m here—it’s something we didn’t really have to think about. Before we even opened the email, the answer was yes.
What did you do to prepare?
I didn’t eat much today! I’ve also tried to drink a lot of water, but I keep running back and forth [to the bathroom]. 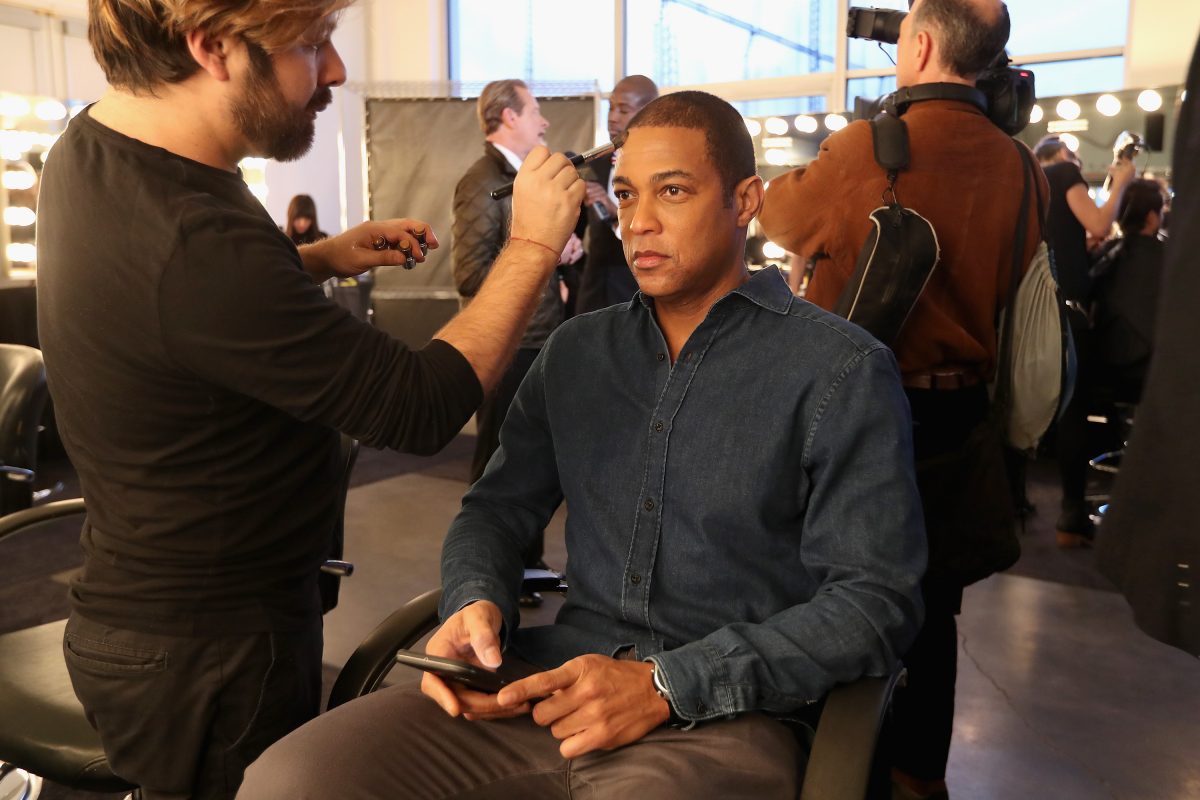 How do you describe your personal style?
Less is more. For me, it doesn’t have to be a big fashion designer. I get what those high-end fashion people do, but sometimes I just like going to H&M and wearing one of their shirts, or even just picking up shirts from Hanes or the local Duane Reade or Walgreens if I need it when I’m traveling. There’s nothing better than a white t-shirt and blue jeans. I like to look great on the air, but I don’t like going too high-fashion when I’m on. If I do wear a Dries Van Noten jacket, I’ll wear something very simple with it because it’s really not what news is about. You want people to listen to what you’re saying and not look at your clothes and go, ‘Oh my gosh, that’s so beautiful.’
Would you ever launch your own lifestyle brand?
I would like to—I’ve thought about it. I’m a homebody, which most people don’t realize. I love decorating. If I didn’t do what I did now, I’d be an interior designer. I’d love to have my own brand of dishes, wallpaper, drapes, and even fashion.
What are you doing to get your mind off all the craziness going on in the world these days?
One step at a time and one foot in front of the other. I just take a deep breath. A friend of mine will send me a text every couple of days and just say, ‘Breathe and thank the higher being that you’re here, and you’ll be fine.’ 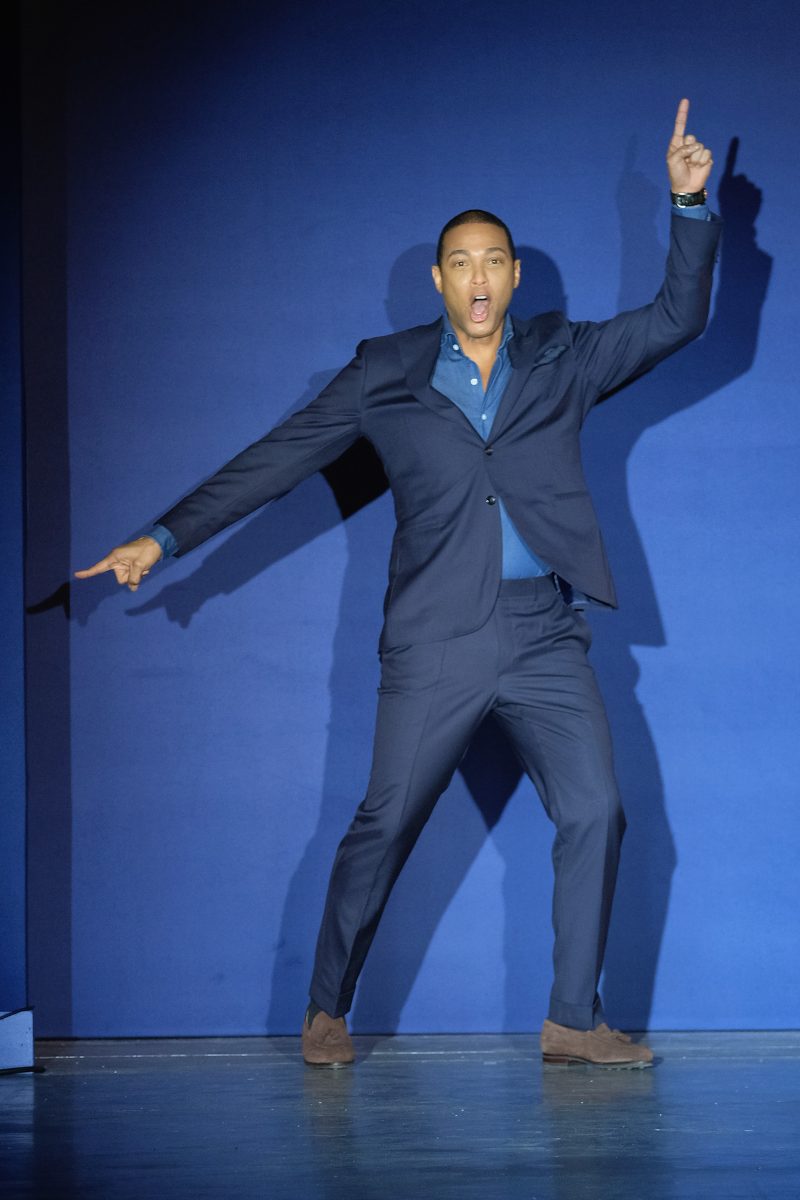