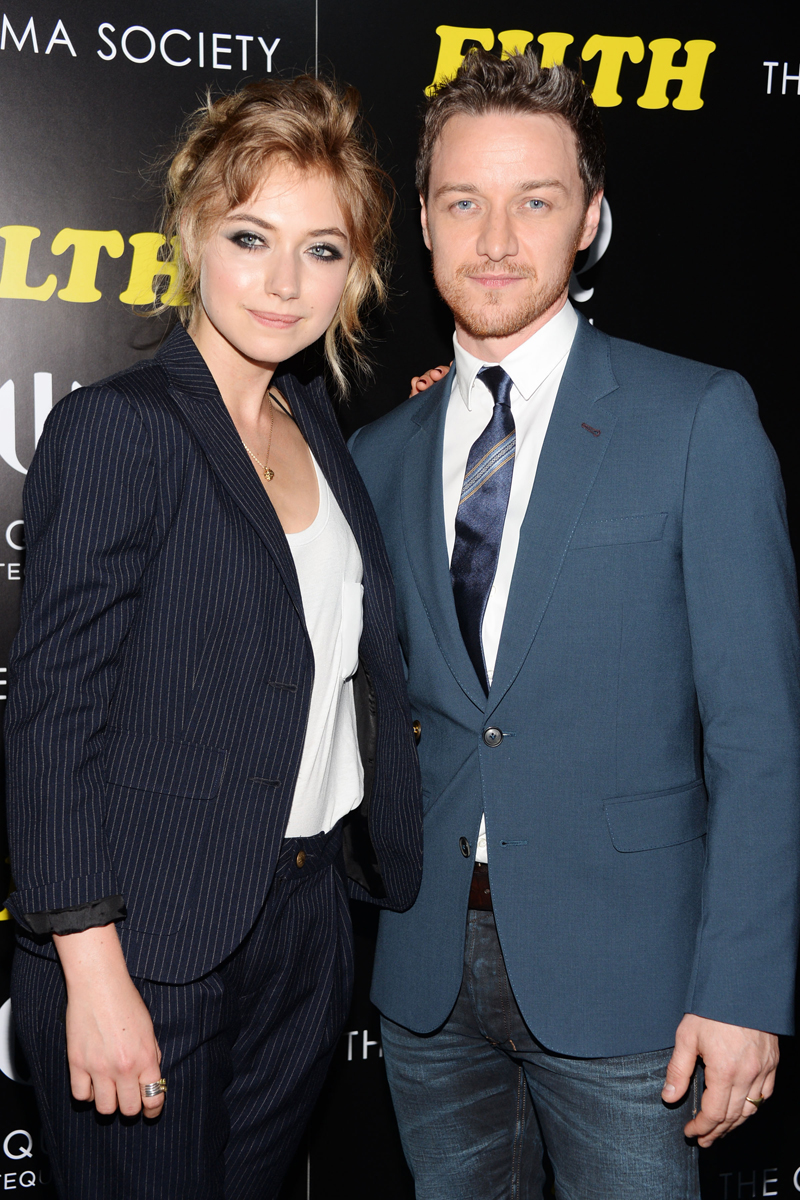 James McAvoy’s latest psychological thriller, Filth, comes with a parental advisory built right into the title. Director Jon S. Baird‘s latest film made it’s stateside debut on Monday night at a screening hosted by Magnolia Pictures and The Cinema Society at Landmark Sunshine Cinemas in the East Village. A slew of swanky Brits came out to support the fresh, yet provocative adaptation of Irvine Welsh’s novel including McAvoy and his co-star Imogen Poots, producers Trudie Styler, with husband Sting, Celine Rattray, and Ken Marshall.

Filth follows the hasty downward spiral of McAvoy’s Bruce Robertson, a corrupt, sociopathic cop with the intention to snag a promotion and win back his estranged wife and daughter. The film’s dark humor is soon met with eerie hallucinations and haunting psychological themes. “It was a very big hit in many countries around the world. In certain places, people find the shock value funny and they embrace it,” said Rattray of the second highest grossing R-rated film in the UK last year. Raunchy storyline aside, Filth garnered glittering reviews from the audience, who gathered downtown at the Jimmy rooftop above the James hotel post-screening. Here we overheard charming exchanges between generations and genres when one legendary model introduced herself to the film’s leading man. “I loved the film. My name is Pat Cleveland.” Other attendees up for the ascent were Vanessa Redgrave, Patrick Stewart, Nicole Miller, Ronald Perelman, Garrett Neff, Parker Posey, Zachary Quinto, Scout Willis, Monique Péan, and Alina Cho.

We imbibed on themed Qui Tequila cocktails dubbed “Filth” and “Detective’s Dream” and pontificated on Imogen Poots’ roster of hunky co-stars: she’s worked with Zac Efron, Aaron Paul, and, of course, McAvoy in the past year alone. Might any of them be her type? “One thing that they all have in common is that they are all very funny. They’re also three of the kindest creatures I can think of,” Poots tells the Daily. “I fall for dinosaurs, whatever that means!” Quel mystère!
JULIANNE ZIGOS