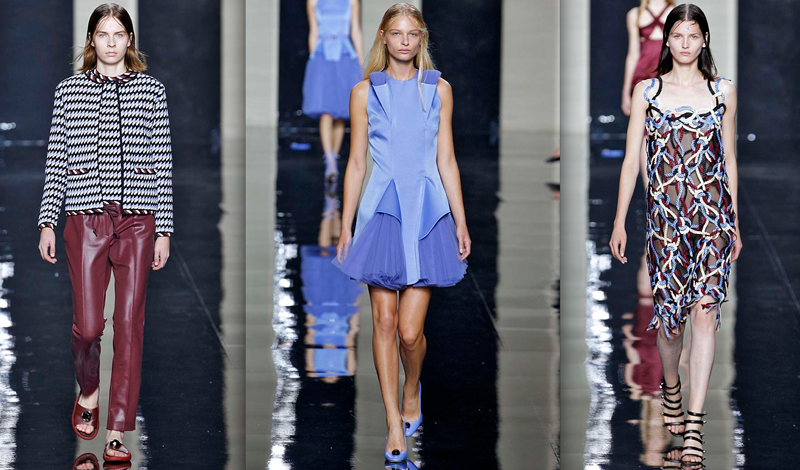 It was a much more subdued Christopher Kane this season. Maybe it’s that 51 percent stake Kering owns in the brand that’s guiding Kane into a more (dare we say) commercial realm. To wit: An easy pair of drawstring maroon leather pants were paired with a simple matching pale blue, maroon, and white houndstooth patterned top and cardigan. That look was followed by a sensible looking matching dress and cardigan of the same vein. There was a standard black pant suit or a grey pleated dress spaghetti strap dress in the mix as well.

But still, among the somewhat conservative pieces, there were classic Kane numbers, like a cocktail dress made from a rope pattern that wildly curled all over the dress. Then, there was a sexy black dress with a sheer black cut-out around the waist done with spiraled out black piping done on the midriff. Also on offer: a bunch of periwinkle dresses with unusual, somewhat futuristic takes on peplum. But the pieces splashed with rope motif were the strongest; that’s certainly an aesthetic worth holding onto.