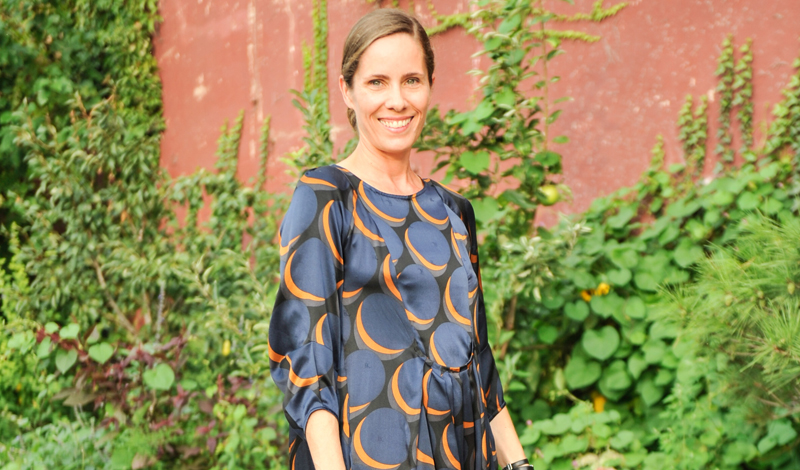 Christine Muhlke, a seasoned food editor and owner of what is likely to be the most-used meat slicer in the private sector, is hanging out her shingle. Bureau X, her new consultancy, aims to connect the food world with brands across sectors who are interested in engaging with chefs, producers, restauranteurs, and more. “After learning how to build and grow a great brand from Adam Rapoport and his team during the past five years, I thought it would be fun to help companies who want to create or understand good food,” she says. Her initial projects include working with an automotive manufacturer to identify restaurant partners for a new cultural center in Beijing and partnering with a hotel group who is reinventing their food and beverage program. Accordingly, Muhlke has transitioned to an editor-at-large role with Bon Appétit, where she has served as executive editor since January 2011. As for what she’ll miss most about her 9-to-5 at One World Trade Center? “The daily tastings,” she admits. As editor-at-large, Muhlke is contracted to produce a certain number of print and digital stories, and she will also lend her hand to Bon Appétit‘s branded events such as Feast or Fashion and BA Night Kitchen. Prior to joining the title, she spent over 7 years at The New York Times, serving as deputy editor at T and food editor of The New York Times Magazine. Dean, any chance we can convince you to bring back her farming column?

The Daily Roundup: Bella Hadid Is the Talk of Cannes, Gap Shutters 75 Stores

CHRISTINE MUHLKE should stick to Mortadella