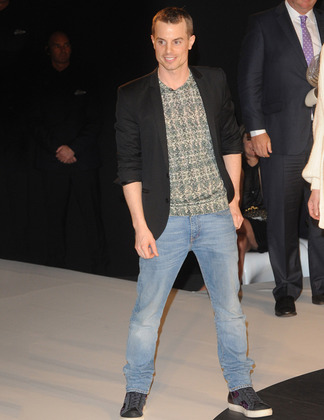 Handsome Belgian designer Christian Wijnants (where has he been all our life?) has been awarded the International Woolmark Prize, the only major fashion award dedicated to designers working with wool. The impressive judging panel included Donatella Versace, Victoria Beckham, Diane von Furstenberg, Tim Blanks, and Franca Sozzani. The 34-year-old designer beat out six finalists from around the world including Sophie Theallet, Dion Lee, and Ban Xiao Xue. Does anybody have his digits? #crushing