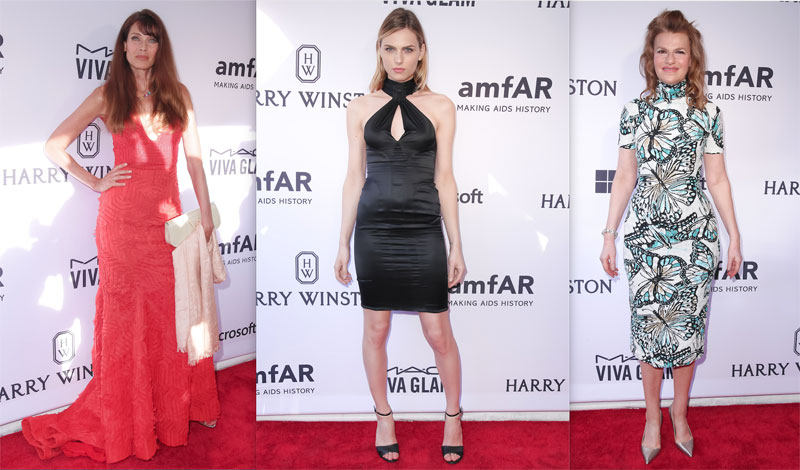 In case you didn’t get the memo, Donald  Trump, aka ‘The Donald,’ launched his presidential campaign yesterday after almost two decades of publicly contemplating the idea. So, what are the chances that the real estate mogul and television personality will become the next President? We asked a handful of mods, designers, and chic personalities at last night’s amfAR Inspiration Gala….

Andreja Pejic: “Well, it doesn’t really affect me because I’m not a citizen yet, so I can’t vote for him!”

Sandra Bernhard: “I think he’s going to win…the lottery, which he already won, apparently. No, he’s not going to become the next president.”

Luis Ortiz: “I don’t think he’ll win. It’d be interesting to see how someone runs a country like a business, but when it comes to politics, I’m biased. I’m keeping my opinions to myself!

Tyson Beckford: “I really don’t know. I’ll stay out of that one!”