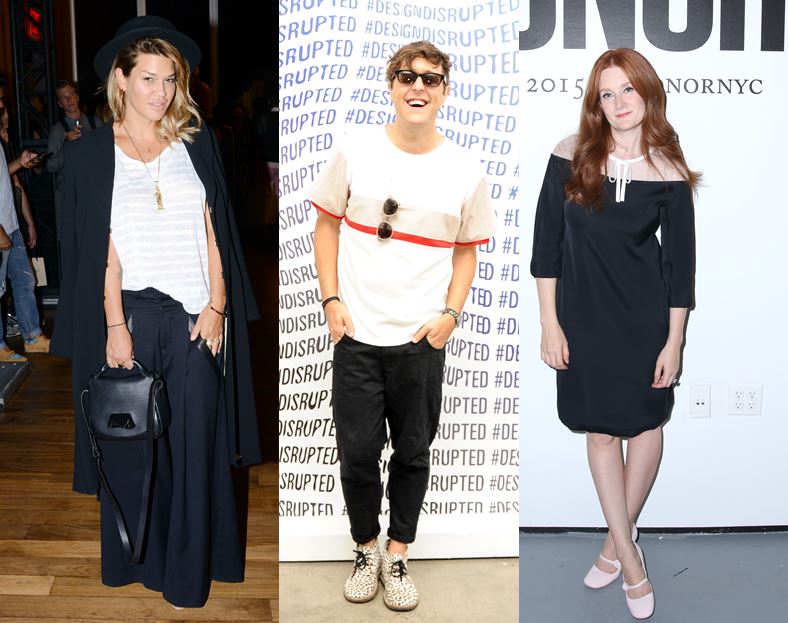 Now that Tavi’s made the jump from blogger prodigy to Broadway superstar, how would our favorite chicettes like to see their names in lights? Your Daily investigates…

Linda Fargo, Bergdorf Goodman: “I’d like to have a big singing part, especially considering I can’t actually sing at all. So, since this is a fantasy, I’d want to be the lead in Dreamgirls.”

Simon Doonan, Barneys New York: “Maybe I’d be one of the horrid little school children in Matilda. But only because I’m short.”

Jenne Lombardo: “I wouldn’t want to be on Broadway. Could I go to Dave & Buster’s instead?”

Giovanna Randall, Honor: “The woman in Kinky Boots who’s in love with the main guy would be really fun to play.”

Andrew Bevan, Teen Vogue: “I’d love to play the MC in Cabaret. It’s one of the ultimate theatrical roles ever; it’s a little risqué, and you’re on stage most of the time. But I feel like if you’re going to be in a Broadway show, you might as well milk it, right?”

Leandra Medine, The Man Repeller: “Annie, ’cause I’d love my hair to be red and curly. Plus, I’ve already got the freckles.”

Mickey Boardman, Paper: “Well, I can’t sing, but I’m a really good dancer. So I’d love to be the piano teacher in Billy Elliot. He was the only man in the ballet studio who was kind of chubby, freaky, and borderline homeless, but was still a fabulous dancer. When I saw that, I was like, ‘finally the role for me!’ I just need to audition.”

Micaela Erlanger, stylist: “Just because they’re my all-time favorites, I would want to be in Les Miserables or The Lion King.”

Naomie Harris: “Maybe Annie? I’d definitely have to go back a few decades and make myself younger to play her! But I’ve always identified with that story.”

Elettra Wiedemann: “I want to be in Singing in the Rain, but I’d want to be Gene Kelly’s character. I’ve dreamt the whole thing out already, and I practiced it as a kid.”

Tyson Beckford: “As a kid, I was a fan of The King and I. So, it would probably be something in that.”

Richard Chai: “That’s one thing I really don’t know much about. All my friends on Broadway will tell you that. But I guess when I was a kid I went to see Cats. So maybe I’d want to be a cat!”

Fiona Byrne: “Annie in Annie! Because I like the songs she sings.”

Anne Slowey, ELLE: “Auntie Mame. Absolutely. My mother always made me watch those classic movies, and between the clothes and the parties…that was all I wanted. It’s like working in the fashion world.”

Dani Stahl, NYLON: “I want to be the princess from Frozen when it comes to Broadway.”

Ken Downing, Neiman Marcus: I’d be better as a producer or director. I’m not good at being told what to do, I’m much better at telling people what to do. I realized that early in my career when I started modeling.”

Harley Viera Newton: A non singing part! When I was young, I was always cast as the thing that didn’t have too much responsibility like a Christmas tree or the sun.