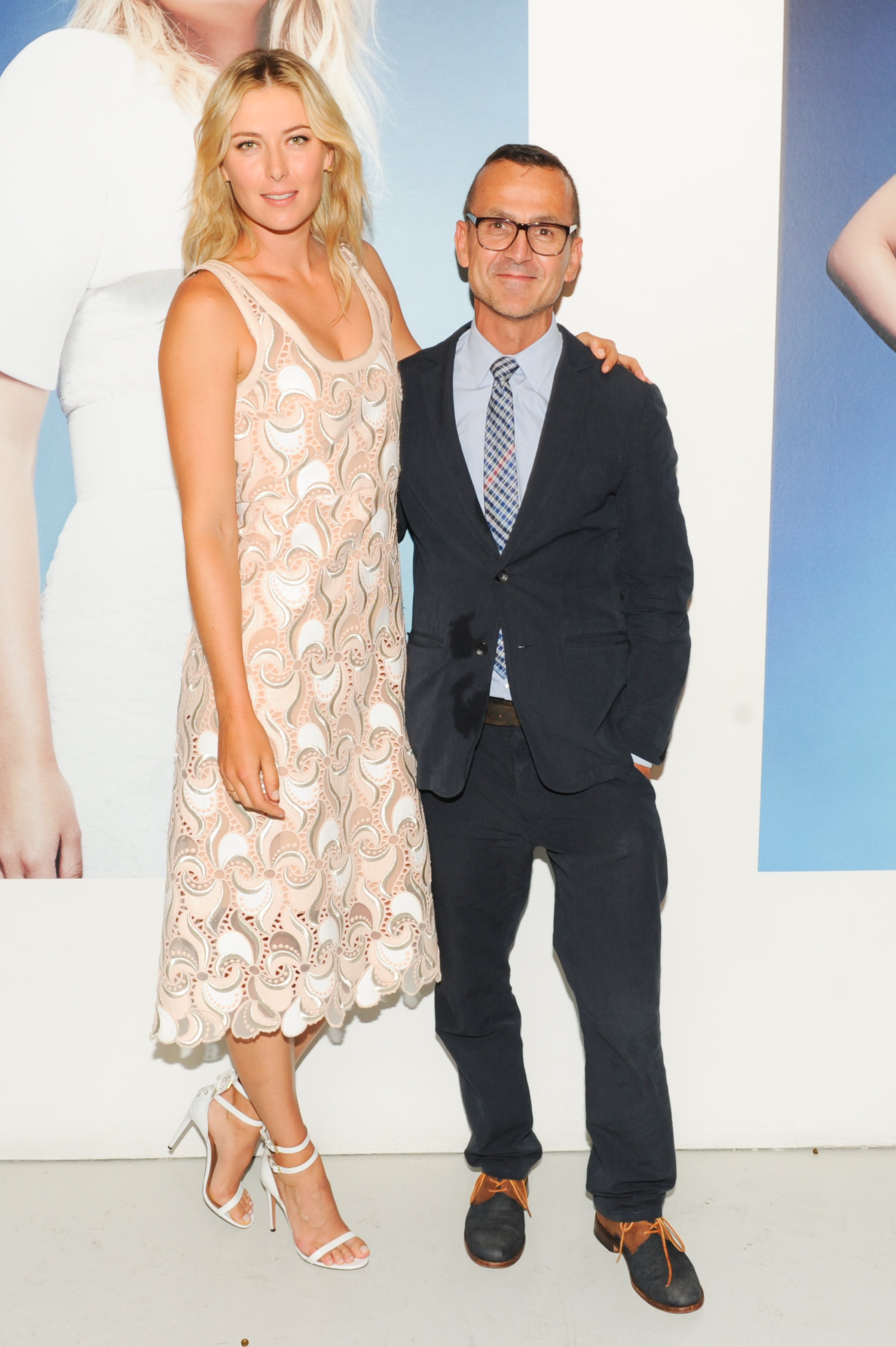 Last night, the CFDA and Maria Sharapova toasted the 20th anniversary of the Fashion Targets Breast Cancer initiative, which has raised $54 million to date worldwide. The poised princess of the courts aced the evening from the moment she slipped out of a Porsche wearing a nude and white cut out dress by Marc Jacobs. Party goers, including CFDA chief exec Steven Kolb, Betsey Johnson, and Hannah Bronfman perched in the Sky Room at The New Museum and took in stunning views of lower Manhattan. We chatted up Sharapova about fast cars, modeling vs. tennis, and a love for layering Rick Owen.
BY DREW HARRINGTON
Are there any similarities between modeling and tennis?
They’re very different. Tennis is about athleticism and power. I’m not a model, but I think modeling is more of an interpretation of a character. You get to be in this whole different world that I never get to be a part of in my daily routine! So it’s really nice to work with very creative people. It’s very playful, and to be the first athlete to do this after 20 years of the campaign, I’m very fortunate to be a part of it. Tennis is about strength, passion, and athleticism; modeling brings out a sensitive side.
Let’s talk clothes, when you’re not wearing your on-court uniform what is your guilty fashion pleasure?
It kind of depends, I live out of a suitcase so everything that I travel with has to work with each other. I do a lot of layering with Rick Owens. I love alexander McQueen and Chloe but they are dressy. I like really relaxed pieces that I can maximize in my wardrobe. And I’m wearing Marc Jacobs tonight; he was one of my first favorite designers, ever. His was actually the first fashion show I ever went to, which was so cool! It’s hard to beat that. I also really love Isabelle Marant, Chloe, and Jason Wu.
Porsche was involved with tonight’s event. Are you a fan of sports cars?
Everyone always says, “You’re tall, you probably never ride in sports cars”, but I drive one! Anytime I see a woman in a sports car, especially a Porsche, I think, “Oh, she’s pretty powerful.”

hellooo maria i love maria you love me?