Something Really Weird Happens When You Google “Charlotte York” 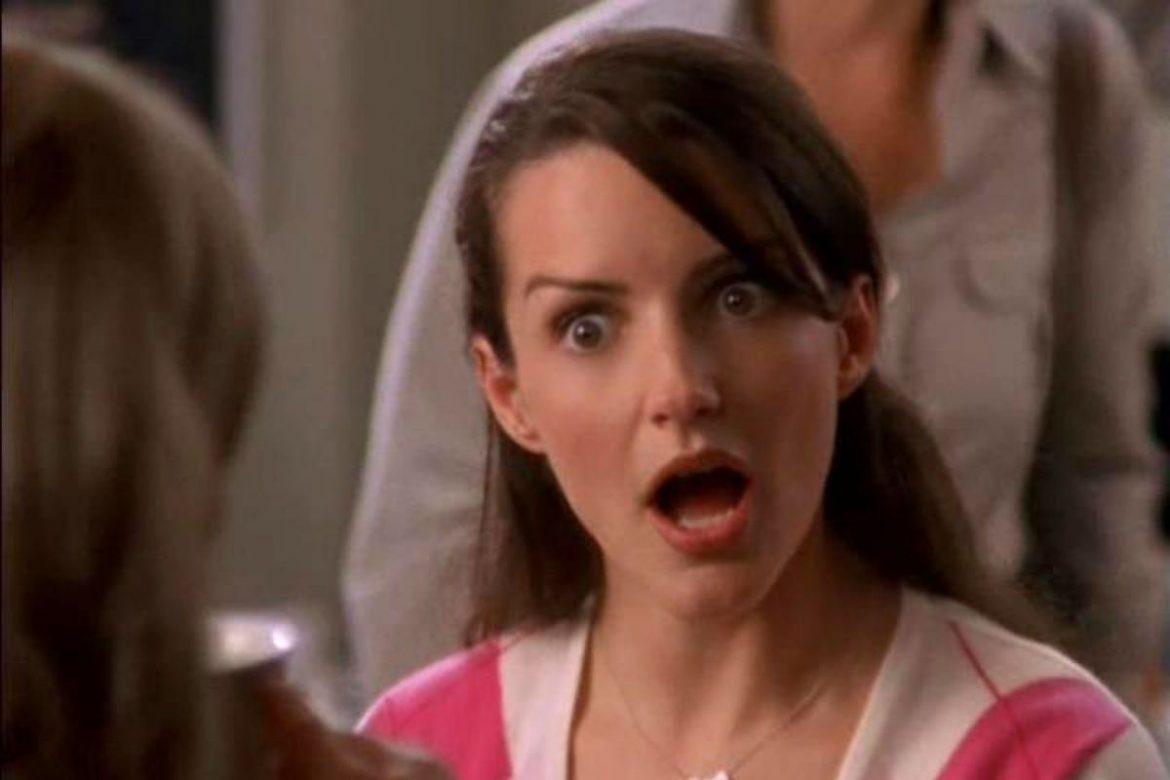 Sex and the City’s Charlotte York, played by Kristin Davis, is easily one of the most iconic and recognizable TV characters of the last 20 years. So you would think that a simple Google search of her name would yield some pretty predictable results, at least in terms of images. You would think that, but you would be wrong.

Google “Charlotte York” and a handy little character profile pops up on the right side of your screen, complete with a Wiki link and pictures of Carrie’s prim friend. But wait! Who is that? Not Charlotte York, but Catherine, Duchess of Cambridge (aka Kate Middleton)! 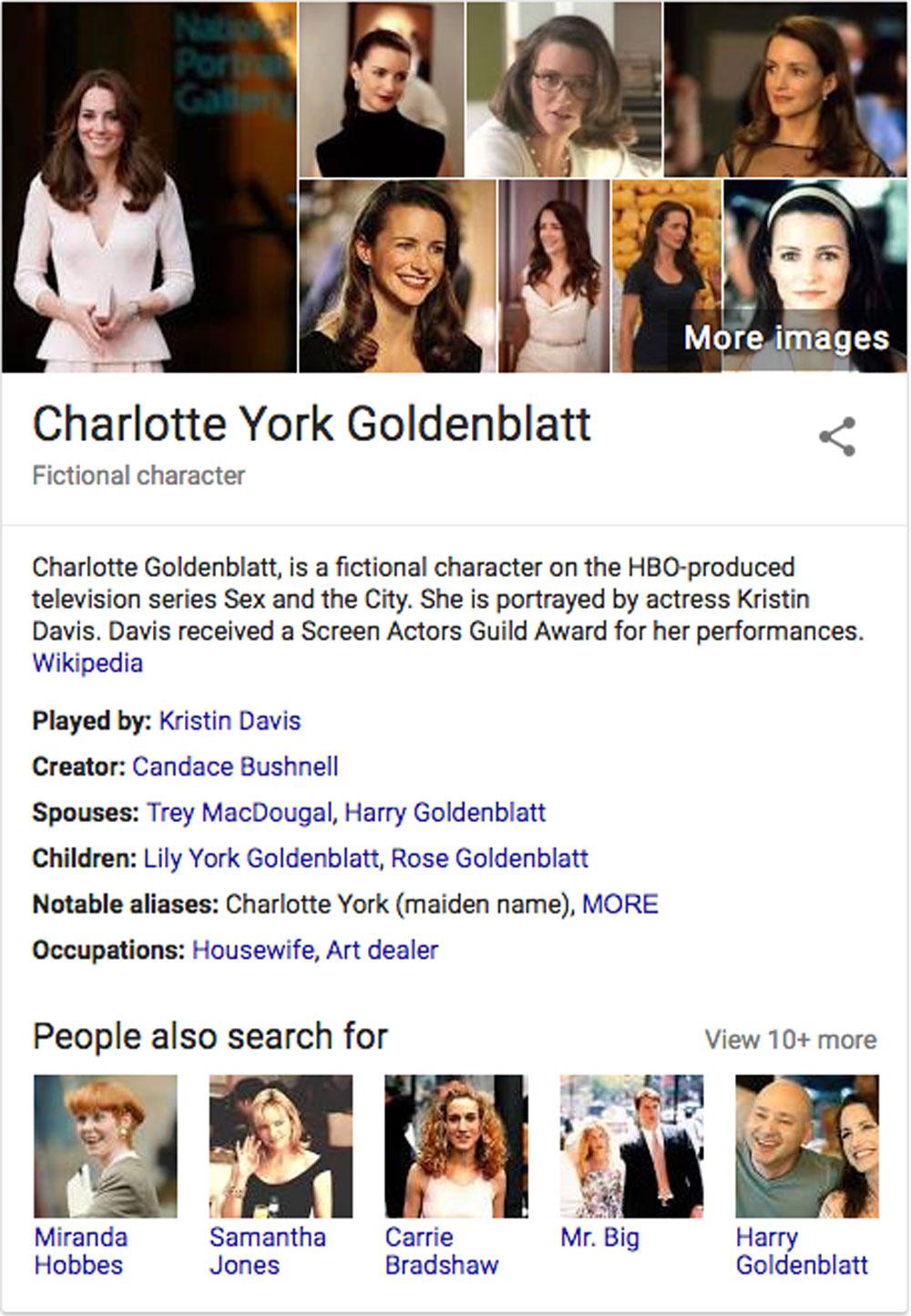 And it’s not like Kate is just one of the photos of the fictional Charlotte. She’s the first photo. The main photo. The largest one of the set. Of course, if you search anything on Google, especially images, you’re bound to come across some questionable results, but not usually in the primary spot! And OK, yeah, it’s not like there is an actual human programming all this stuff for Google. It’s an algorithm. Images get ranked for all sorts of reasons. If you’re skilled enough at manipulating meta data, you could probably make a a banana peel rank for Charlotte too. I mean, stuff happens. And if I or anyone else cared to fix this little issue, there is a tiny grey feedback button just below the character synopsis window, but what fun would that be?

Besides, you just know if Charlotte York was a real human she would be absolutely living for this little mix up.

Can you imagine? If the show was still on, they could probably build a whole season’s story arch for Charlotte out of this. That is, assuming she didn’t die in the first episode from the overstimulation and extreme joy she felt upon first realizing that Google was confusing her for a real life duchess. Because that could totally happen.

Rihanna Just Previewed Her New Lingerie Collection and It Is HOT