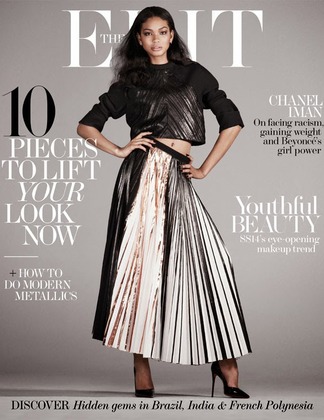 Instagram lover Chanel Iman covers the latest issue of The Edit and reveals what ticks her off to writer Celia Walden. “When models are criticized for being too thin, it’s just another form of bullying. It would make me feel so insecure when people used to say that about me, because you’re not allowed to go around telling people that they’re too fat and asking ‘Do you ever stop eating?’, are you?” The IMG mod also tells them that that she’s still in touch with Tyra Banks, a mentor since she first appeared on her talk show in 2007. “She understands me, which is important because other top models aren’t always like that with each other.”

Amazon Claims There’s Nothing They Can Do...