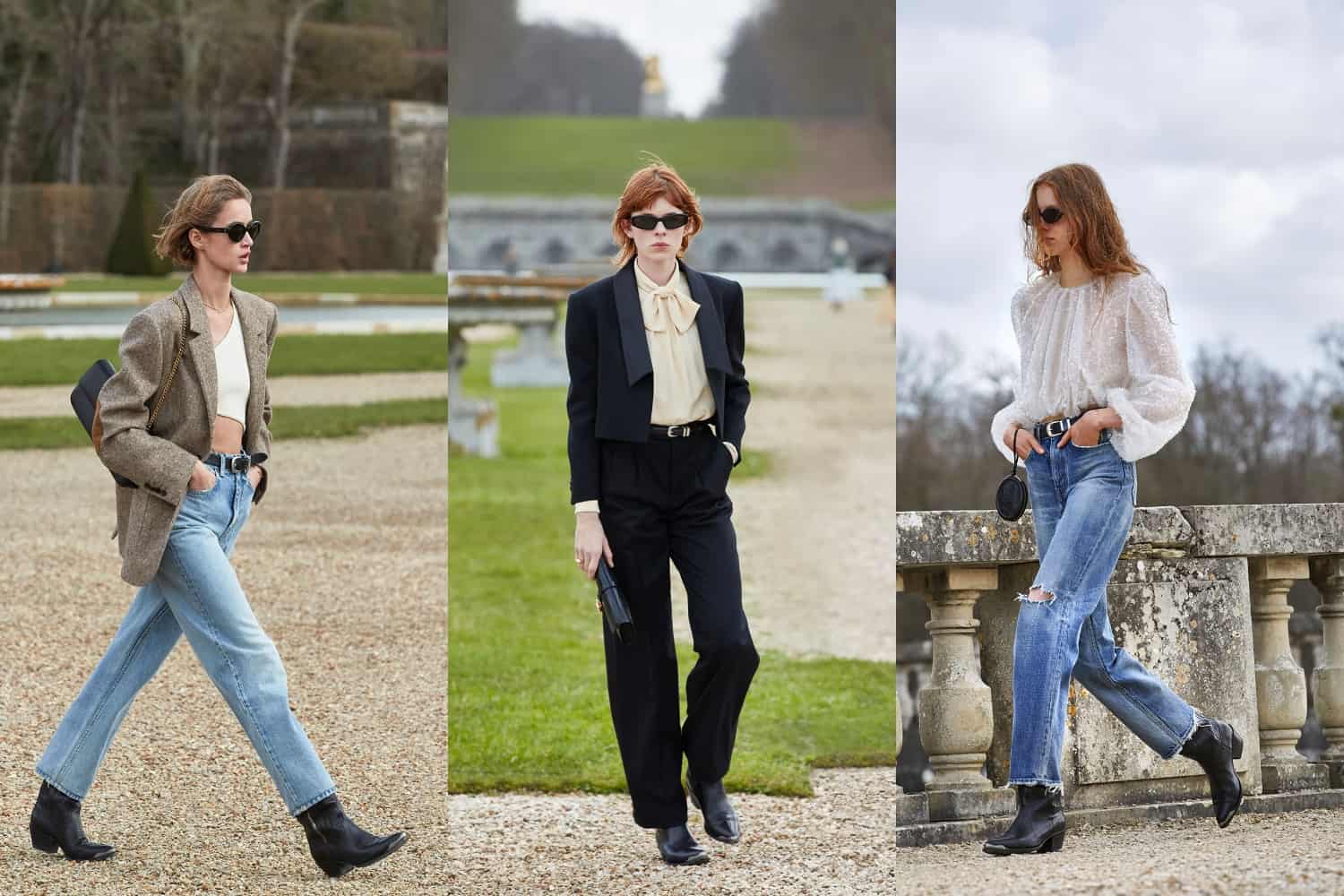 In the mood for some grandeur, courtesy of Celine? Ask, and ye shall receive. The French house’s Fall Winter ’21 collection, “Parade” premiered online this morning with an offering that merged aristocratic sights with the ever-evolving concept of the modern-day woman.

It’s the tenth collection designed by Hedi Slimane, who has been experimenting with the concept of the “Celine girl”—who she is, where she’s going, and, especially, what she’ll wear on her journey. We’ve received past hints of who this girl is thanks to recent campaigns starring muse Kaia Gerber and the Spring ’21 “Monaco” collection (this latest line is considered an extension of the aforementioned.) She’s effortless and relaxed, for sure, but her appearance still has some curation. She’s also strongly representative of today’s young women and the pieces in her wardrobe are reflective of Gen Z mindsets towards dressing up right now. The Gen Z generation values labels and aesthetics, of course, but what matters most is clothing quality and brand values. “Parade” simply affirmed that Celine girls will always be the coolest ones in the room, without even trying.

The key context for “Parade” was its setting: the gardens of southern Parisian estate Vaux-le-Vicomte. Officially debuting in 1661 when then-French minister Nicolas Fouquet threw a lavish soiree there for King Louis XVI and cemented the chateau as a top party destination. Over 300 years later, as the runway setting for Slimane’s latest, when models leisurely strolled through the gardens to an electronic beat by Regina Demina, they initially appeared as transplants. After all, who walks through aristocratic gardens in jeans and crop tops? However, upon closer inspection, the contrast in the clothing and the backdrop only adds to their allure—and confirmed that the casually-dressed girls in these ornate gardens are unapologetically at home.

“Parade” was a mix of mostly casual clothing, with dazzling party ensembles thrown in—think of it as iterations of the aforementioned Celine girl and the different occasions life presents to her. An oversized blazer with jeans, a crop top, and sunnies is her easygoing look for grabbing coffee, while a sweater, suede trucker jacket, and leather hobo bag is perfect for an afternoon stroll in autumn. A metallic midi underneath an anorak is what this girl will wear when returning to palace grounds after a night out, while a sparkling strapless dress paired with a chic white coat and miniature clutch is her outfit for the next invitation that comes her way. 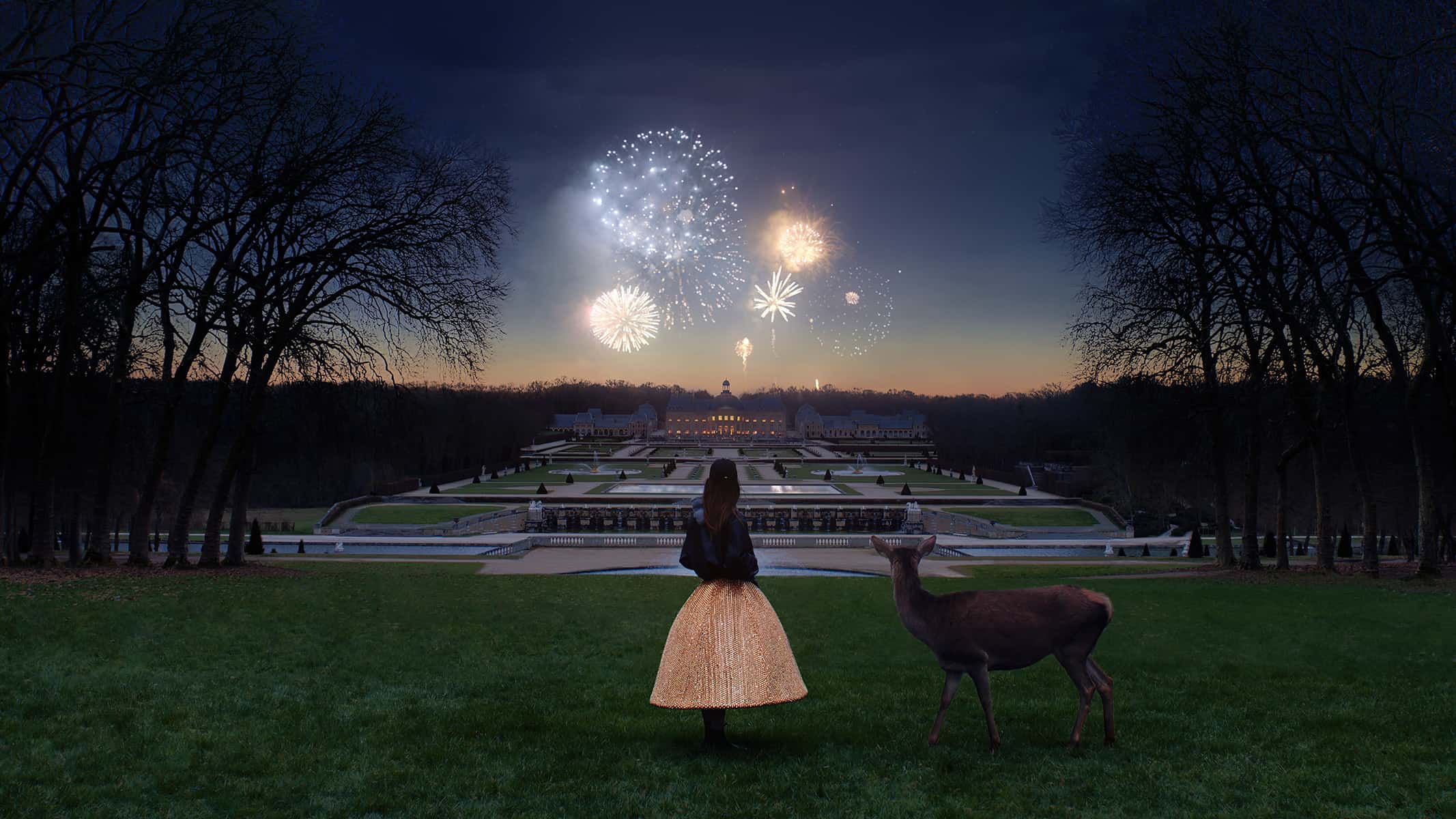 The collection’s aristocratic undertones cannot be overstated. This is Slimane’s second palace-set collection following Celine Homme’s “Teen Knight Poem,” which gave an edgy makeover to the brand’s male muses. The “Parade” girls complement them on a softer scale, and one can’t help but wonder about their power couple potential. An off-duty princess dating a rebellious prince? We can see the headlines now! But the collection also debuts during a time when royals have been front and center in the news. First, the late Princess Diana and her portrayal by Emma Corrin in the latest season of The Crown. Soon afterwards, Harry and Meghan Markle’s departure from the royal family and subsequent Oprah tell-all interview and the death of Prince Philip earlier this month, which has continued what’s been a lengthy period of international attention on the family. Though Slimane couldn’t have predicted these recent events—after all, the “Parade” video was filmed back in March and collections are planned and designed months in advance—it wouldn’t be surprising if aristocrats were on his inspiration board.

Many ensembles brought Princess Di to mind, particularly her effortless street style. It’s easy to see why: there hasn’t been a royal who dressed so casually on palace grounds since, embodying the notion of effortless luxe. However, being a French brand, the je ne sais quoi of Parisian girls everywhere was undoubtedly key for Celine. Most of the collection’s outerwear, suiting, and separates, as well as leather handbags, seemed ripped from the pages of a guide to French chic. As for the more glam ensembles? They wouldn’t look out of place in the upcoming Gossip Girl reboot, which has been spotted filming throughout New York this year. The pairing of less dressy jackets and coats with sparkling gowns immediately brings to mind the Gen Z approach to getting dressed: if the core ensemble is what matters, everything else can be quite practical.

The video’s parting shot finds a model staring out over the chateau’s grounds at nighttime, dressed in a glittering gold gown and black leather jacket (peak Slimane vibes, if you will). As a deer slowly approaches her, fireworks light up the sky in an elaborate display—similar to those that entertained royalty centuries before. For the viewer, it’s also a symbolic nod to Celine’s future being both bright and explosive.

See the collection below: 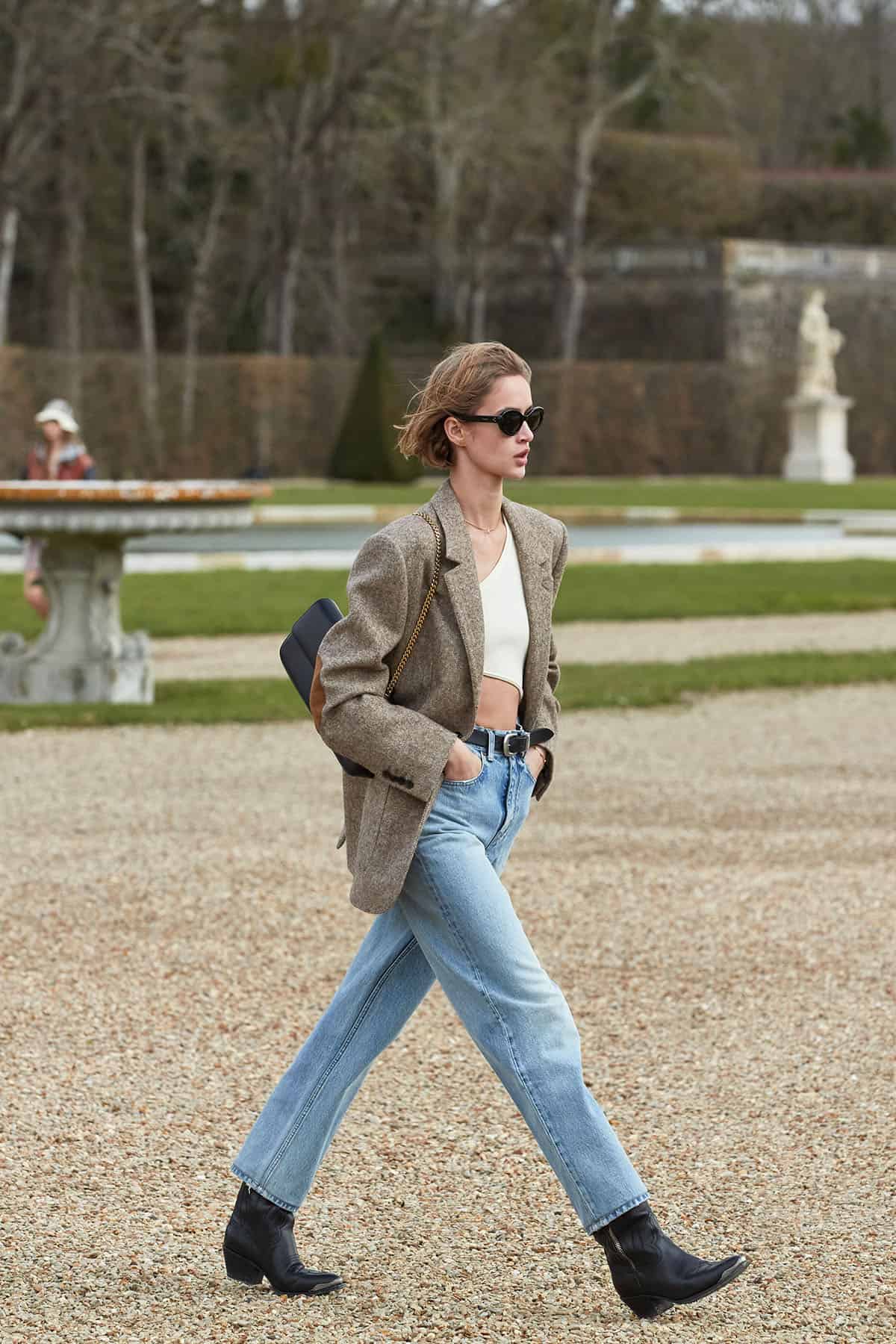 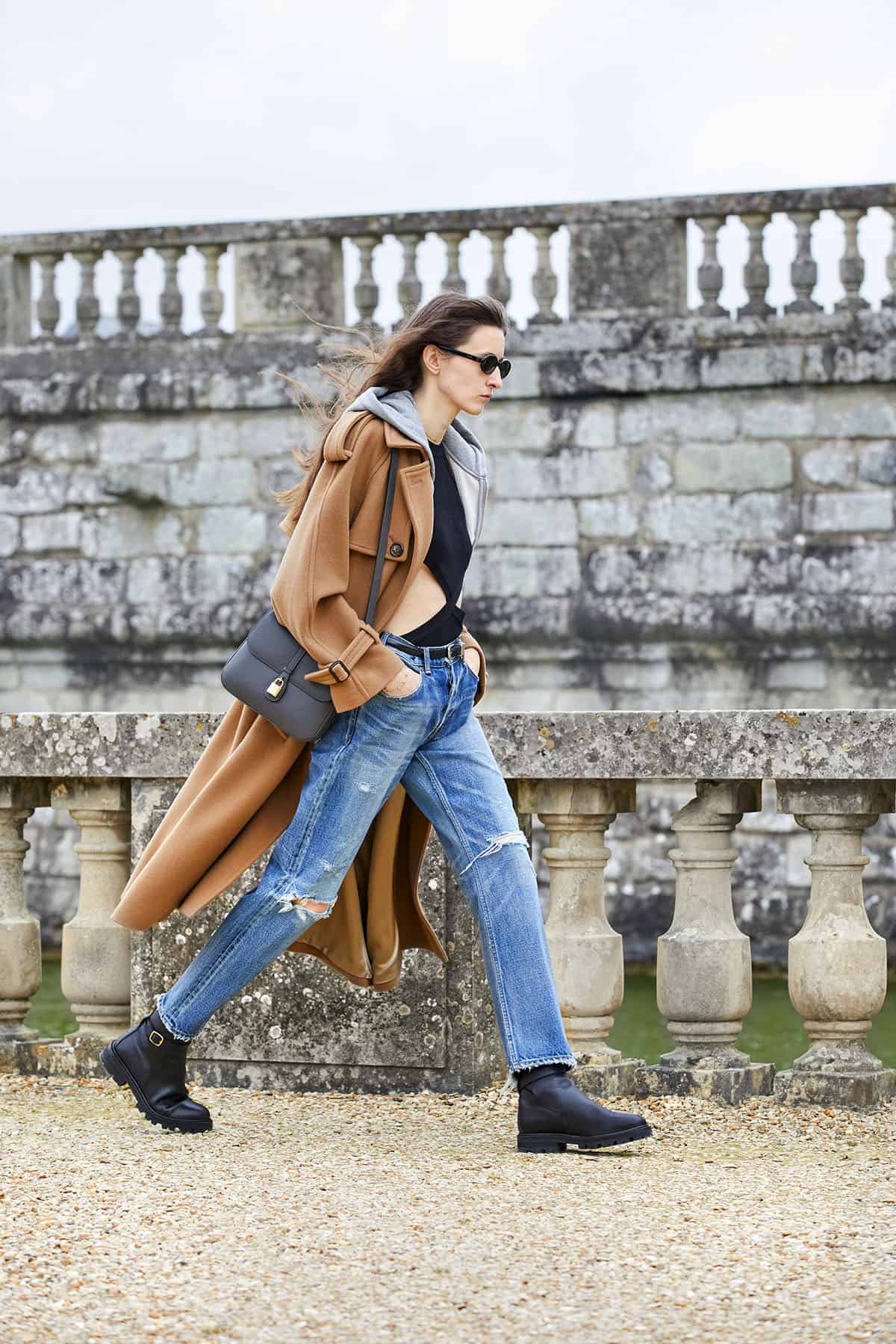 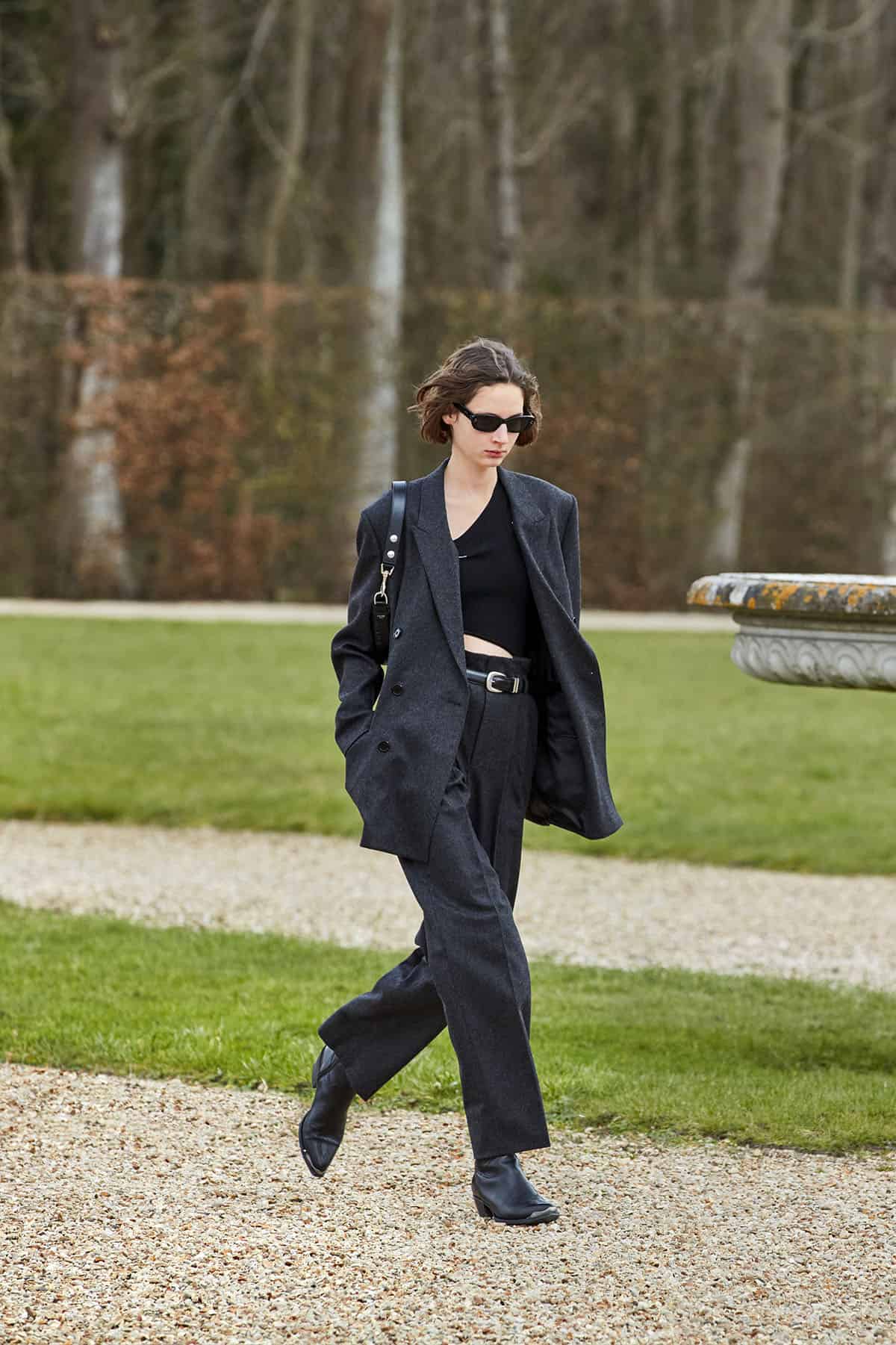 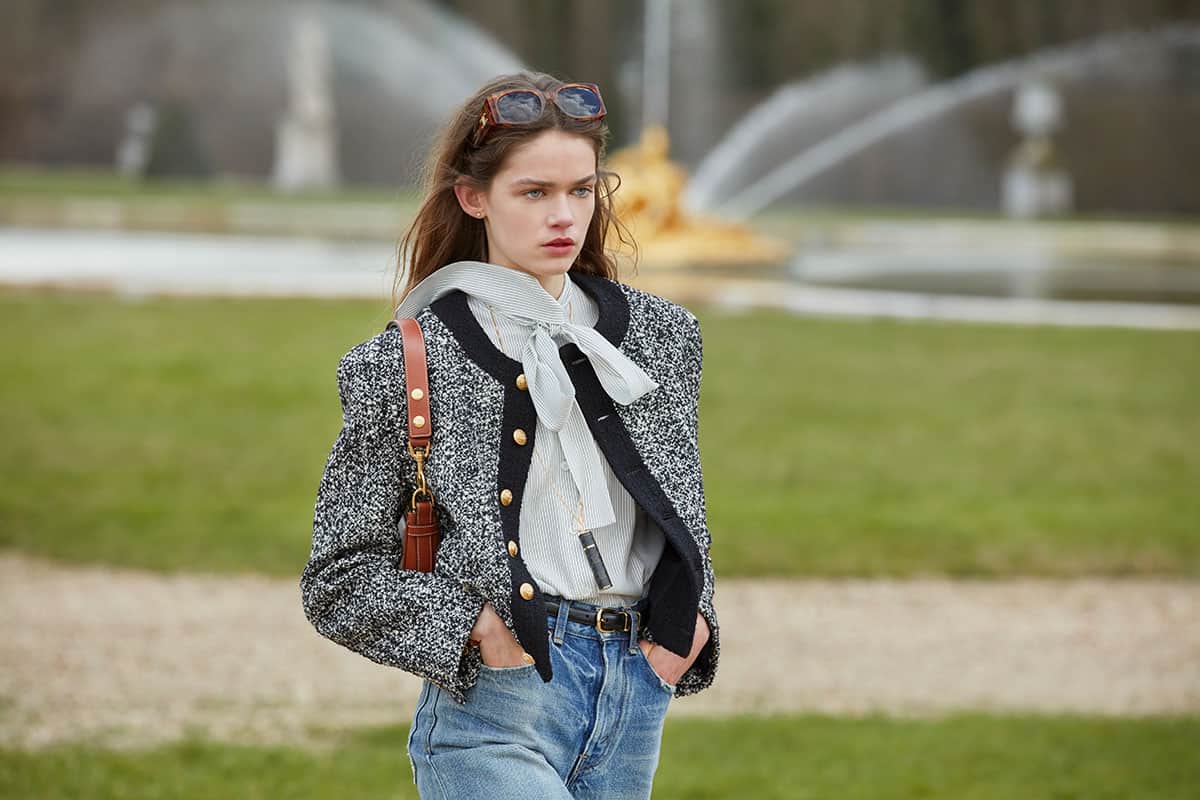 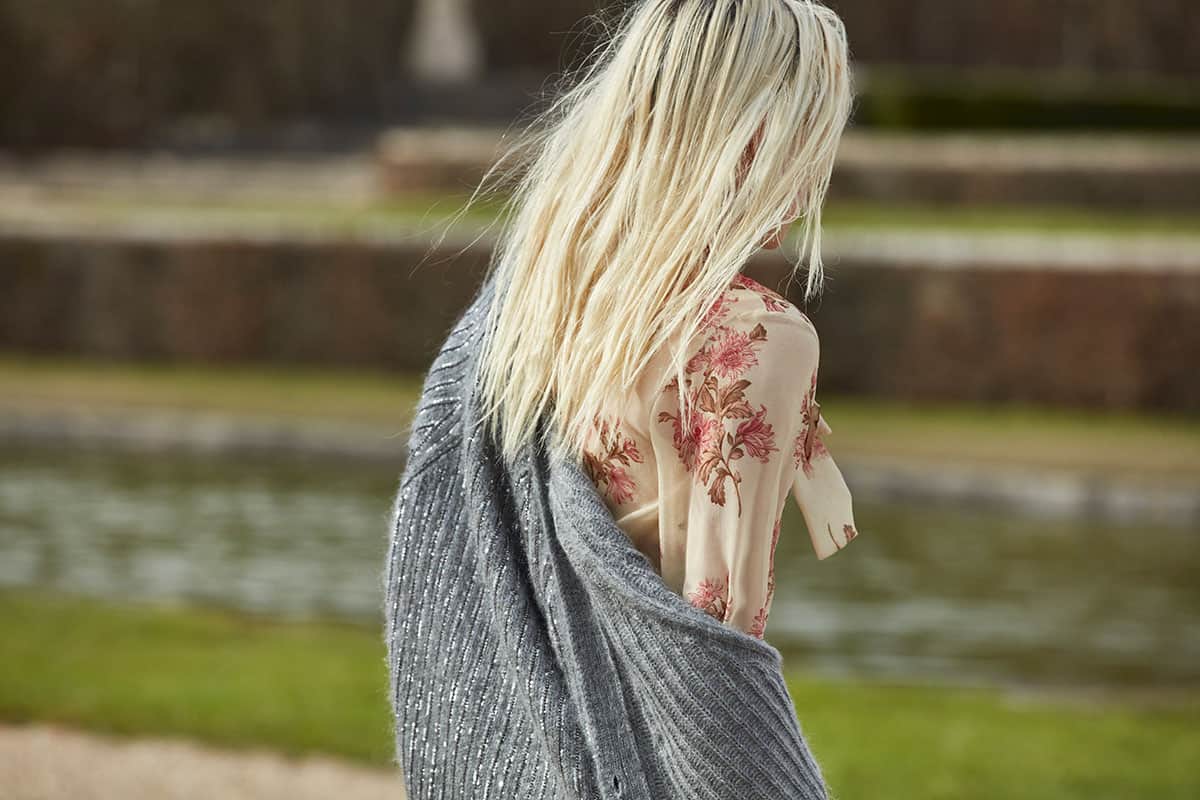 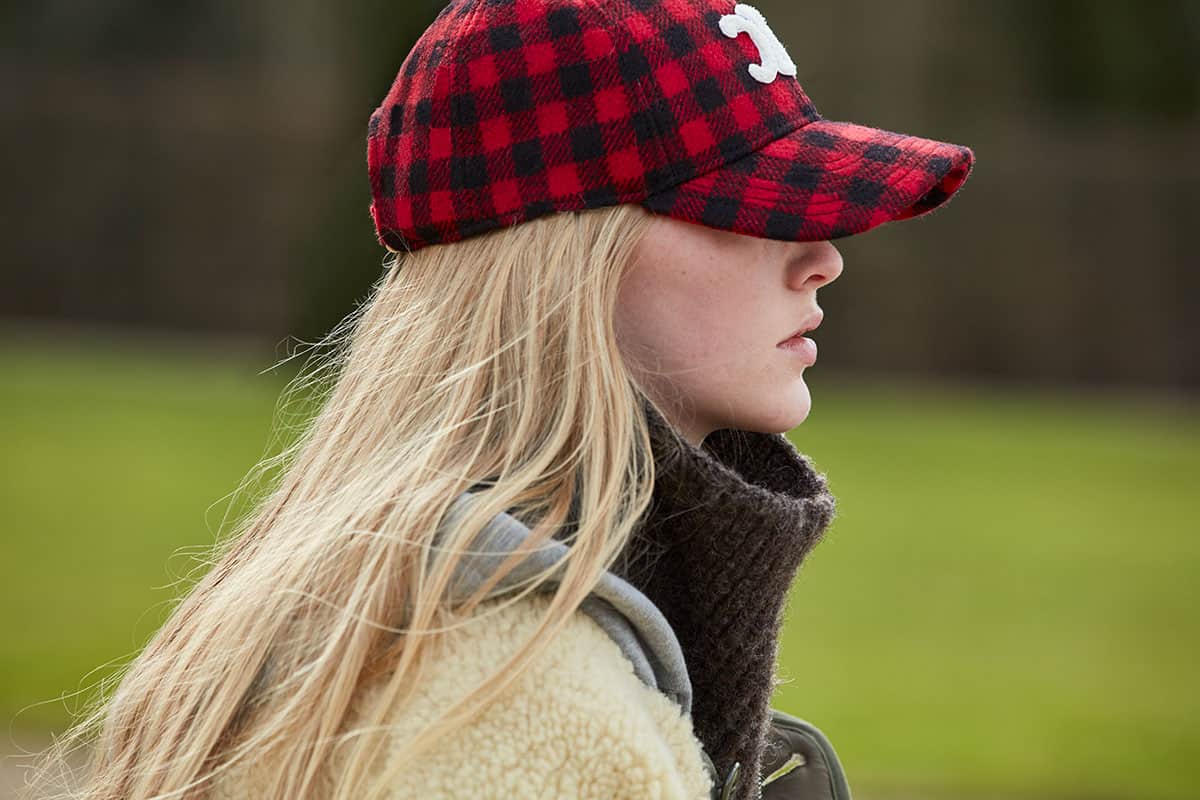 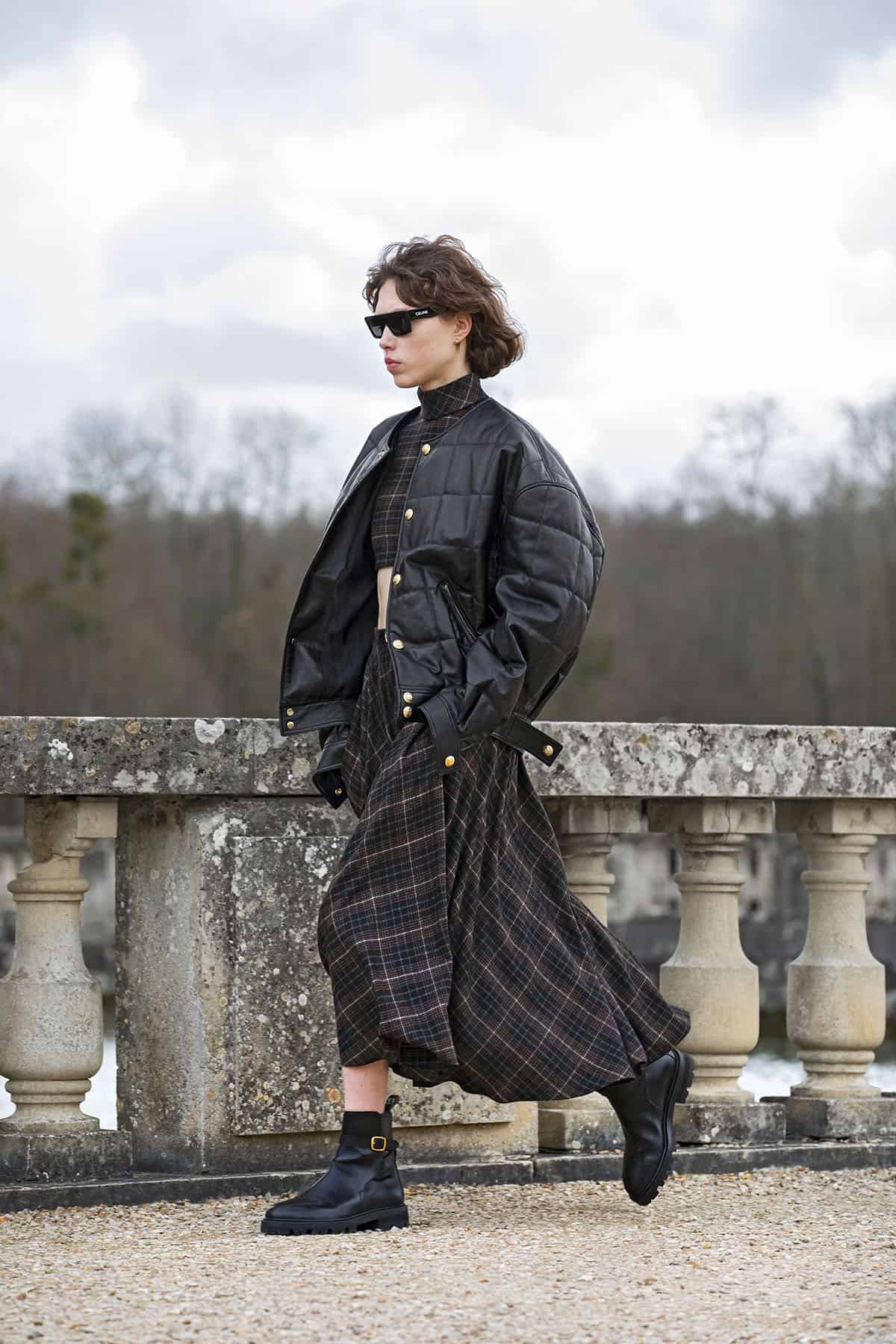 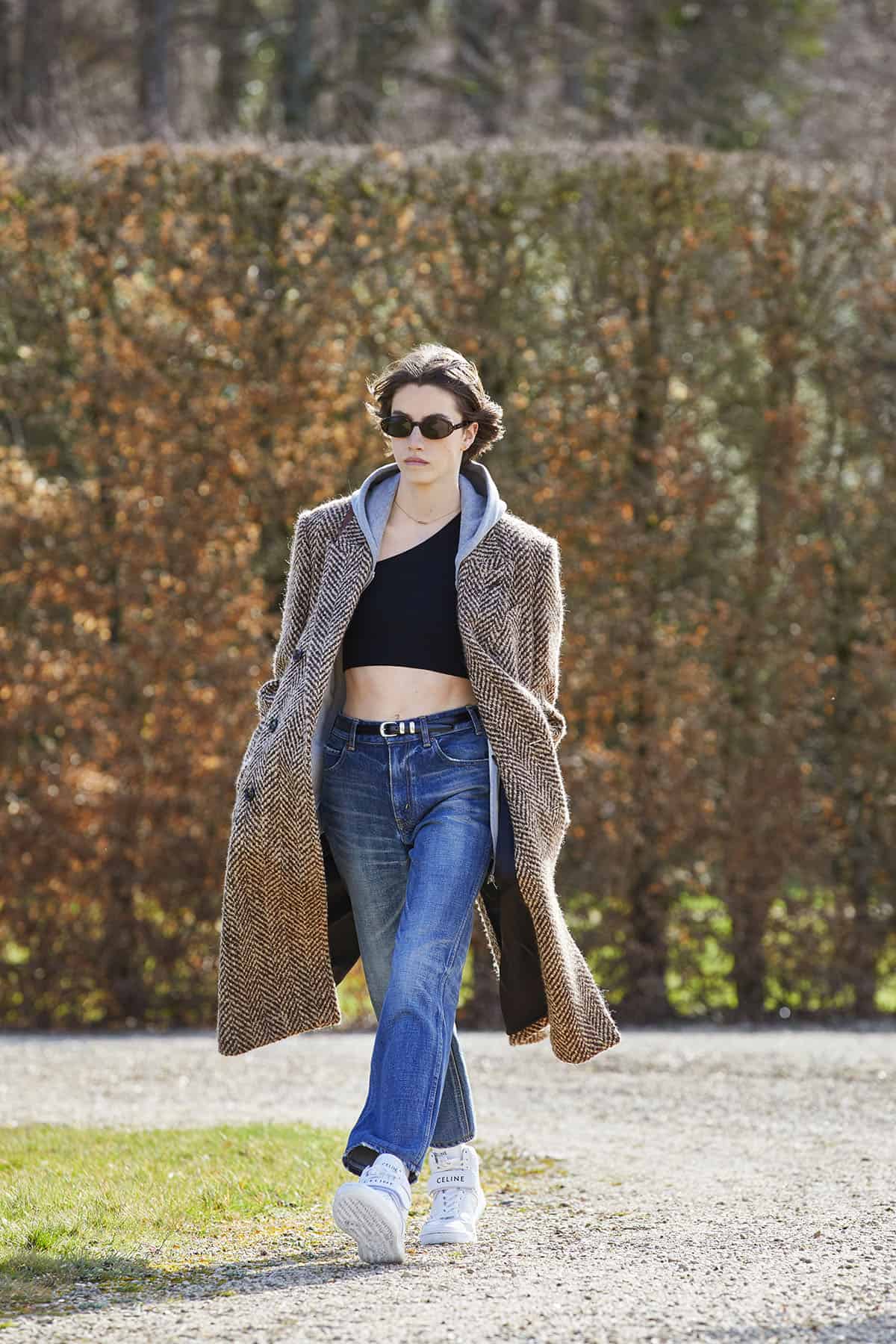 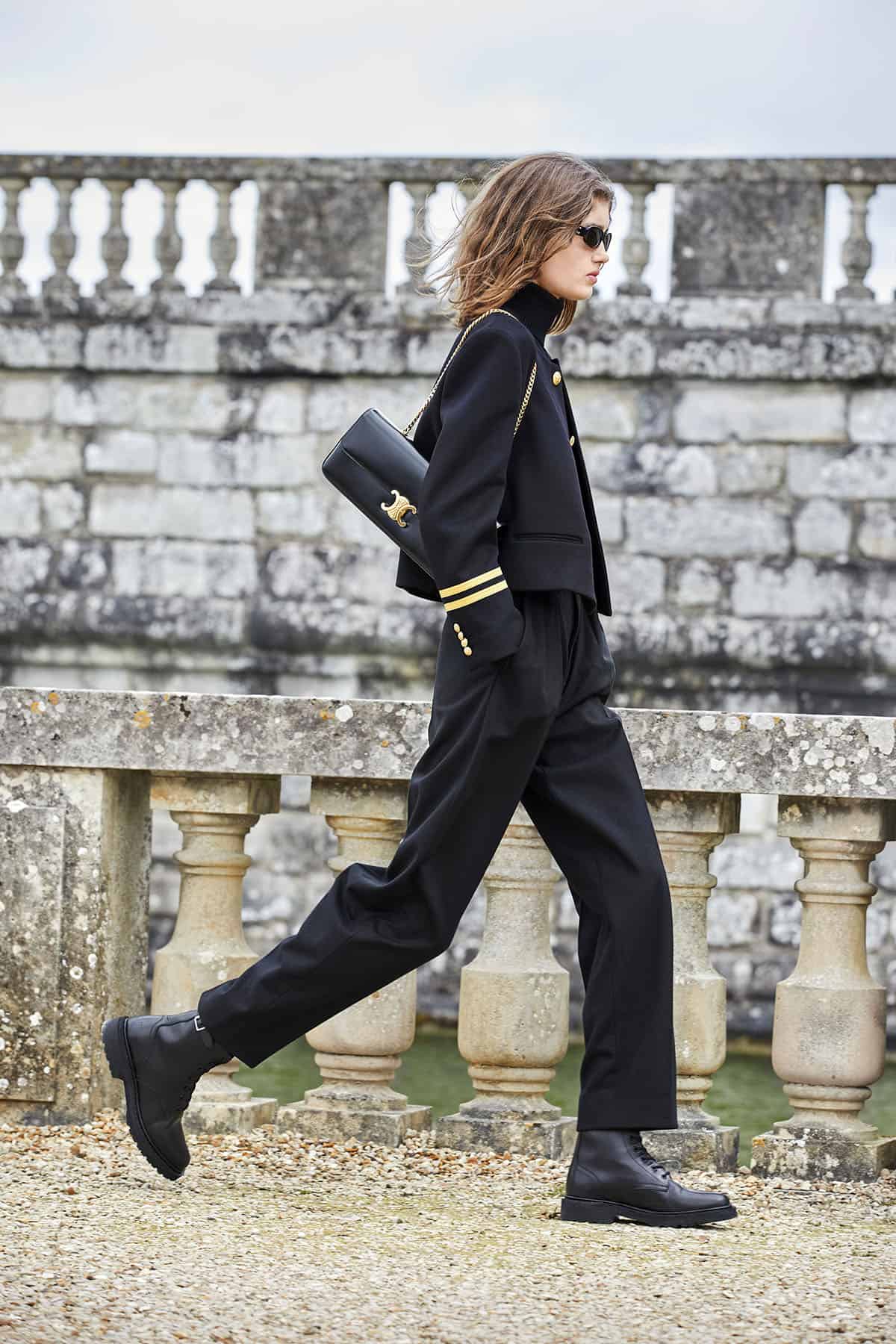 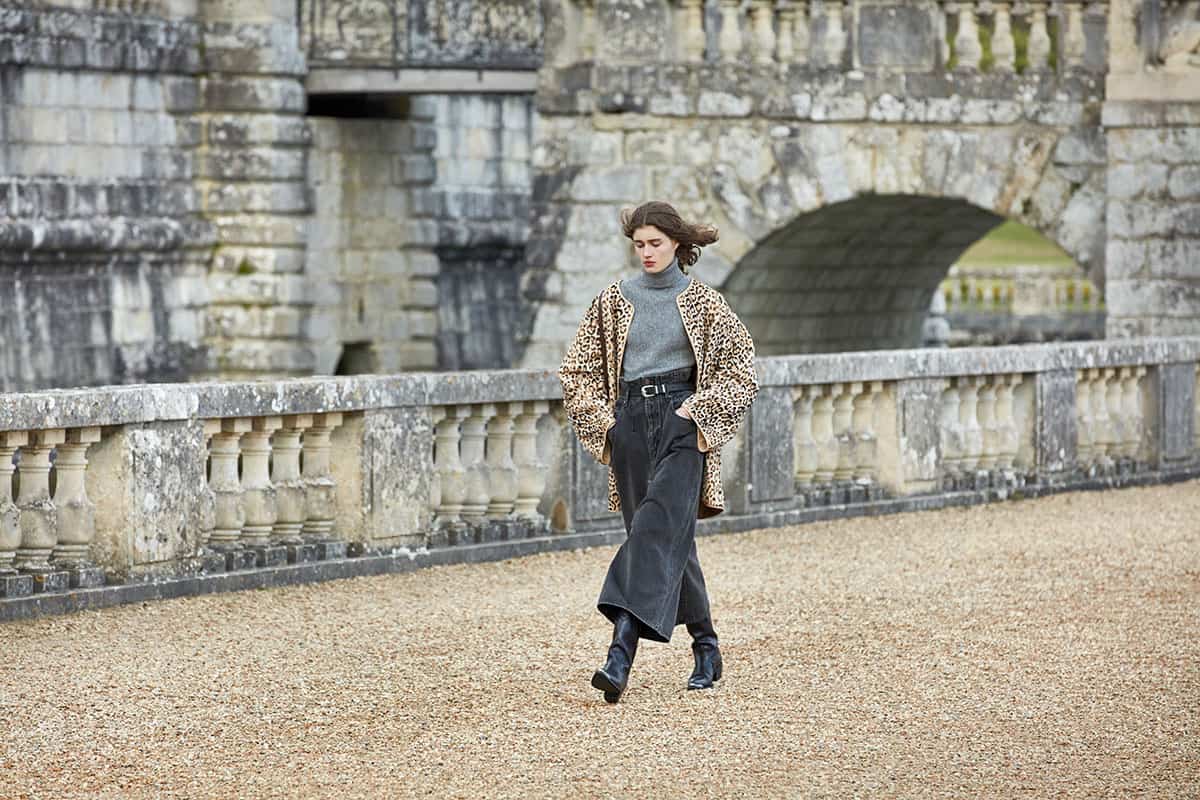 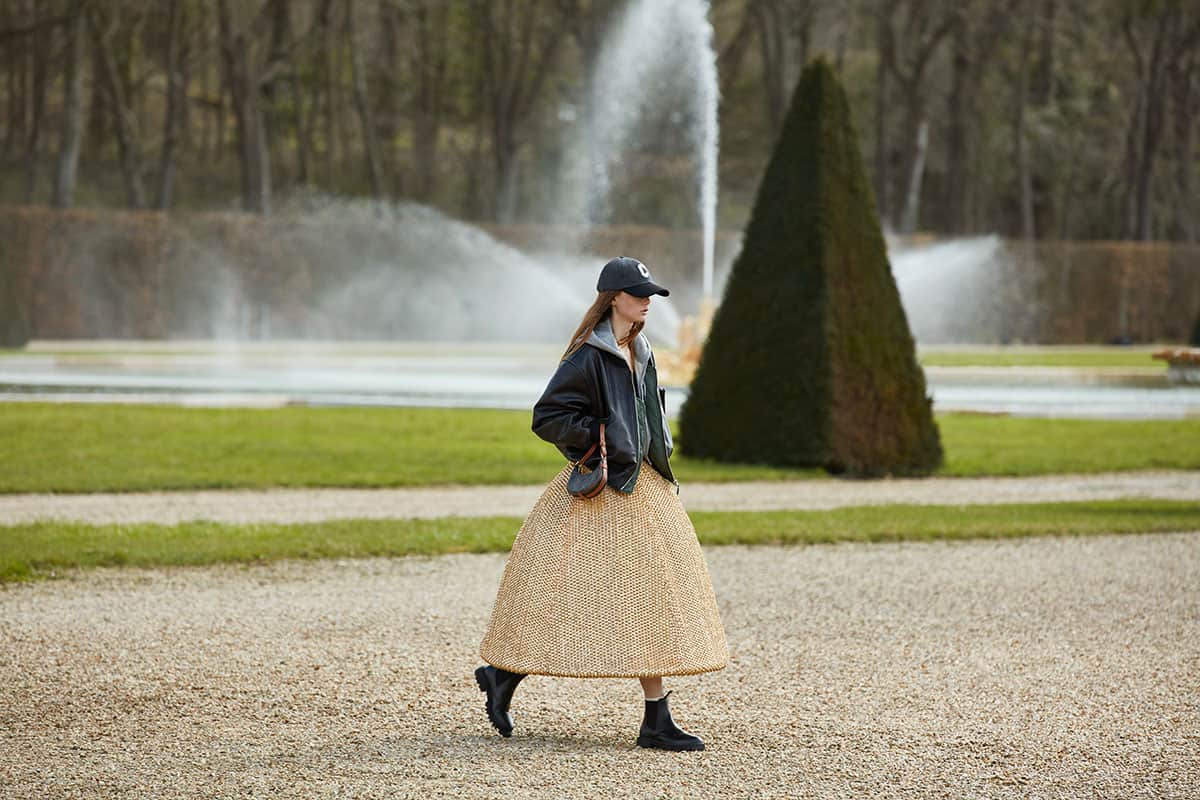 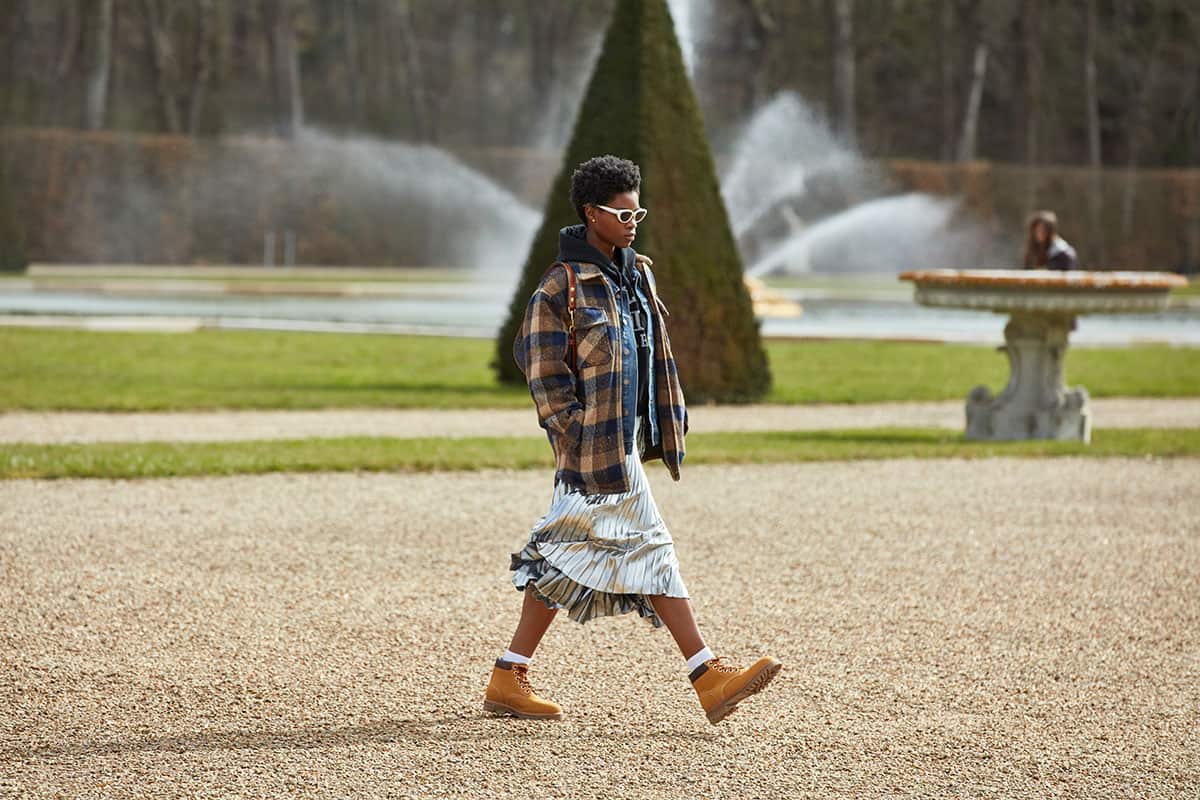 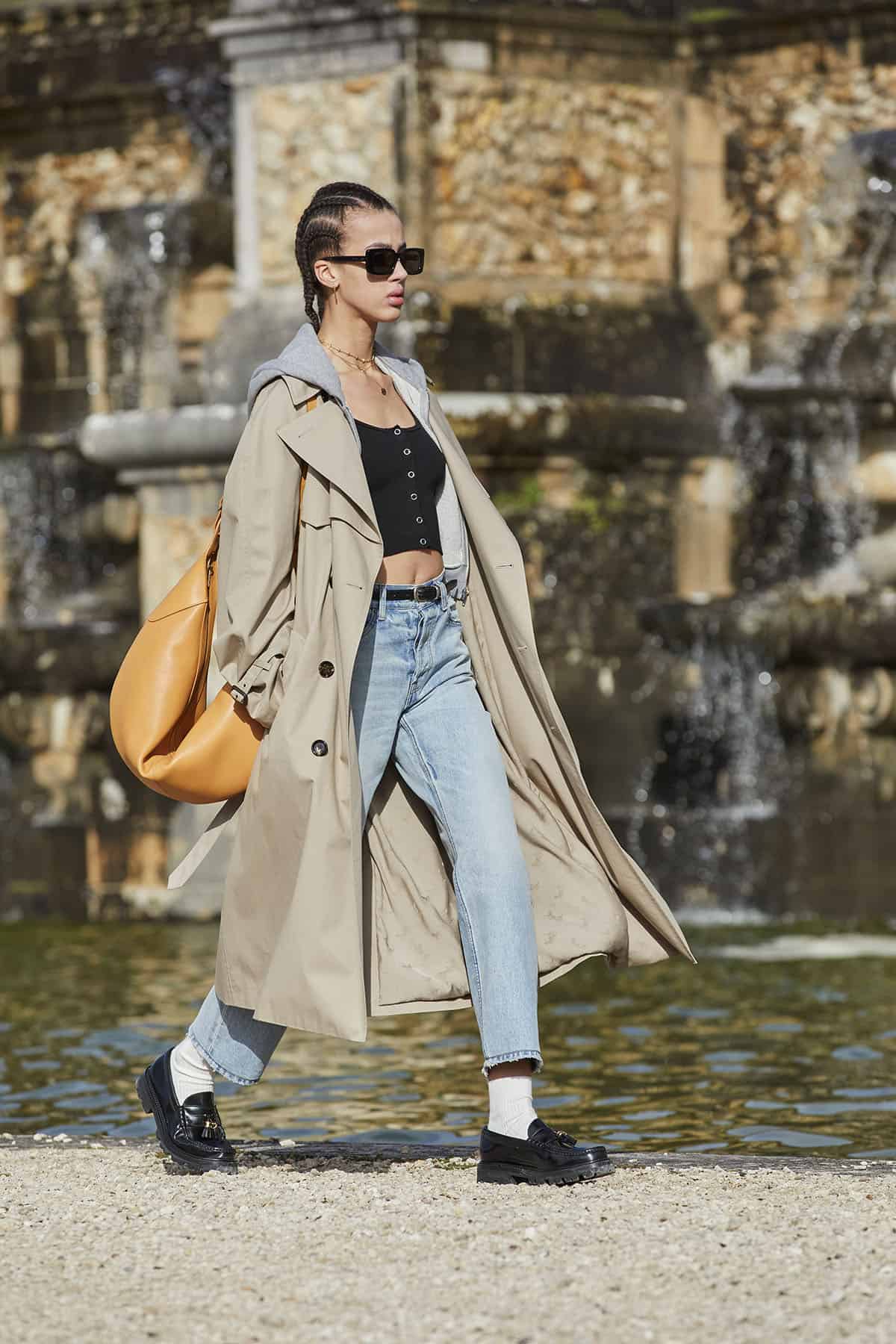 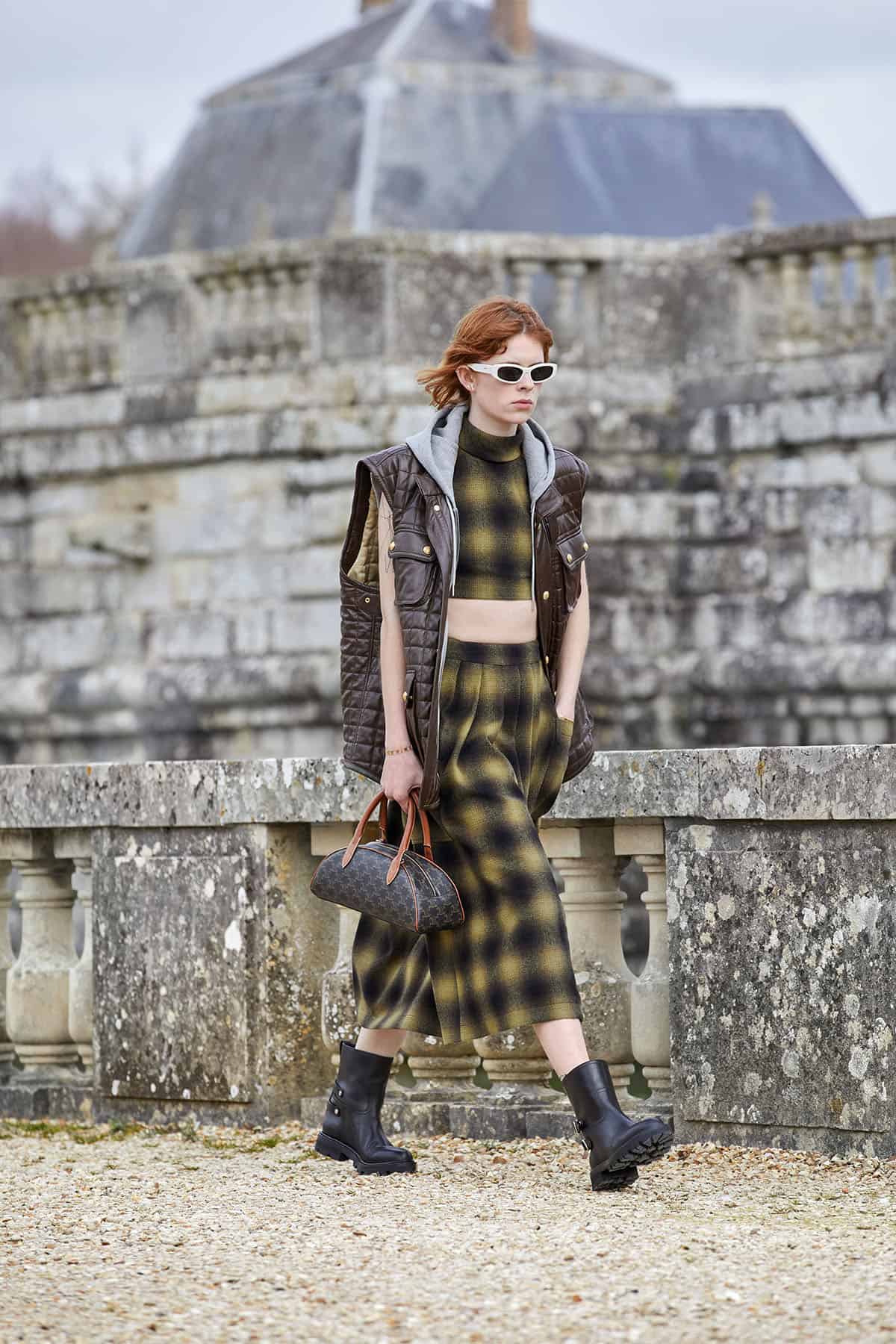 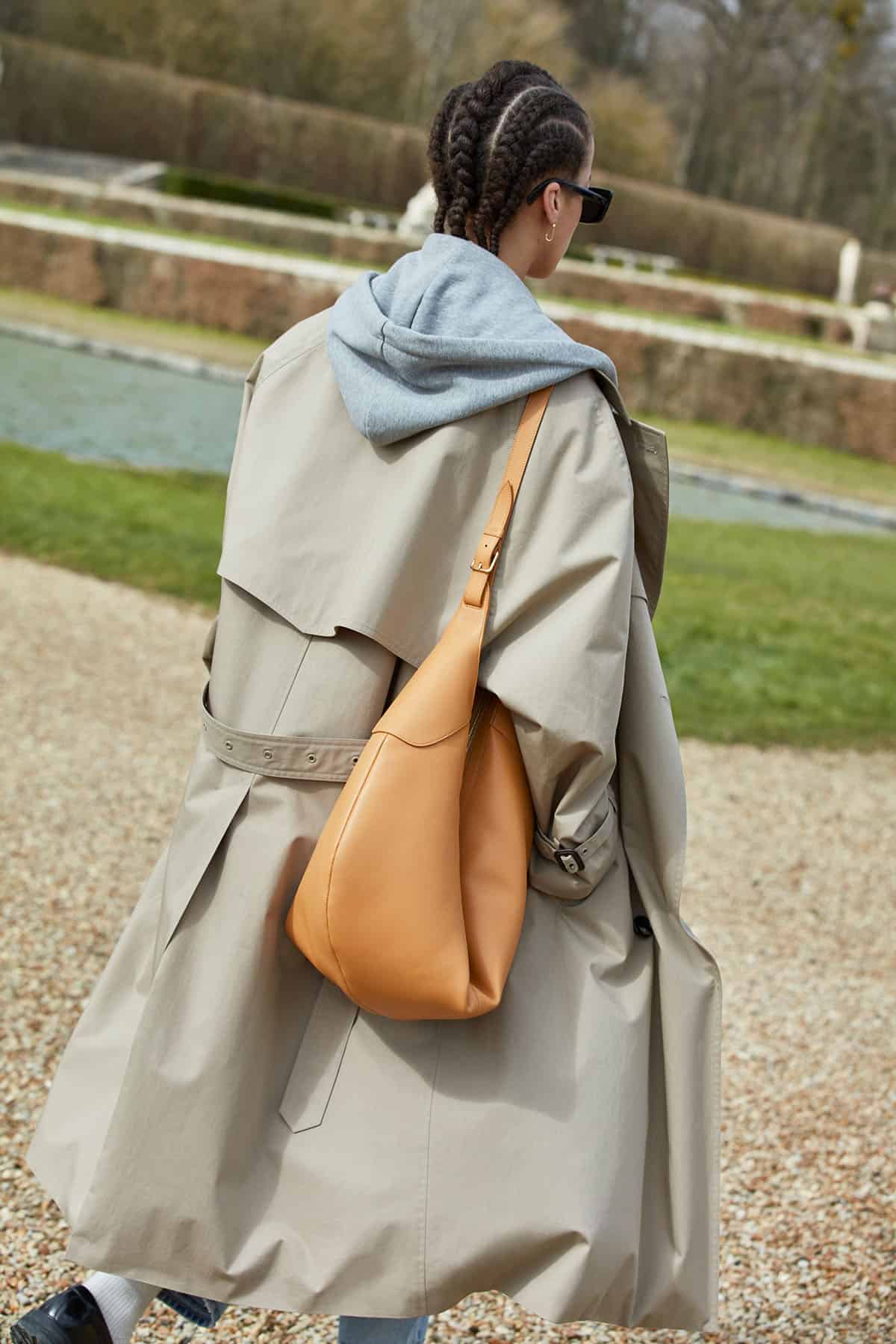 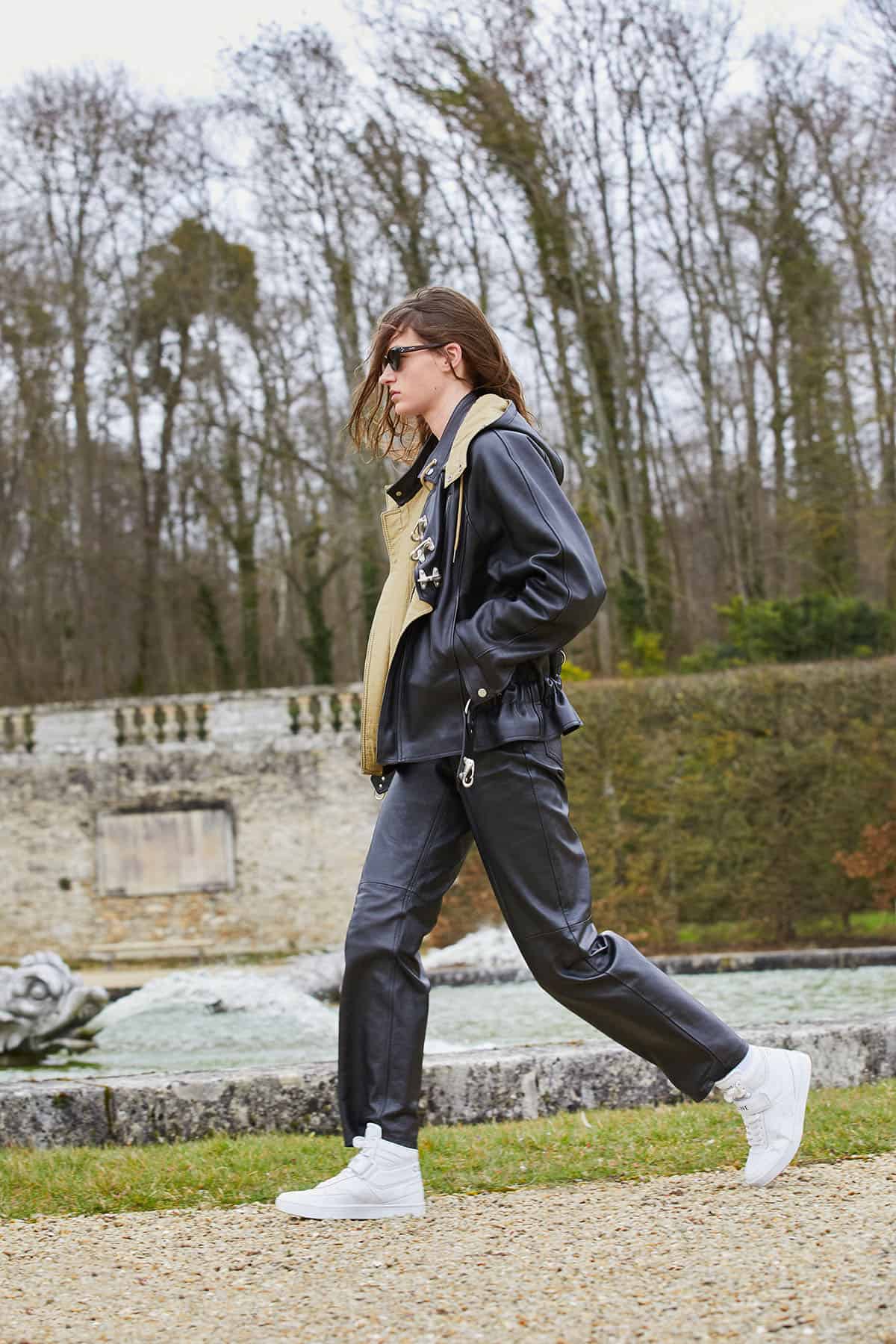 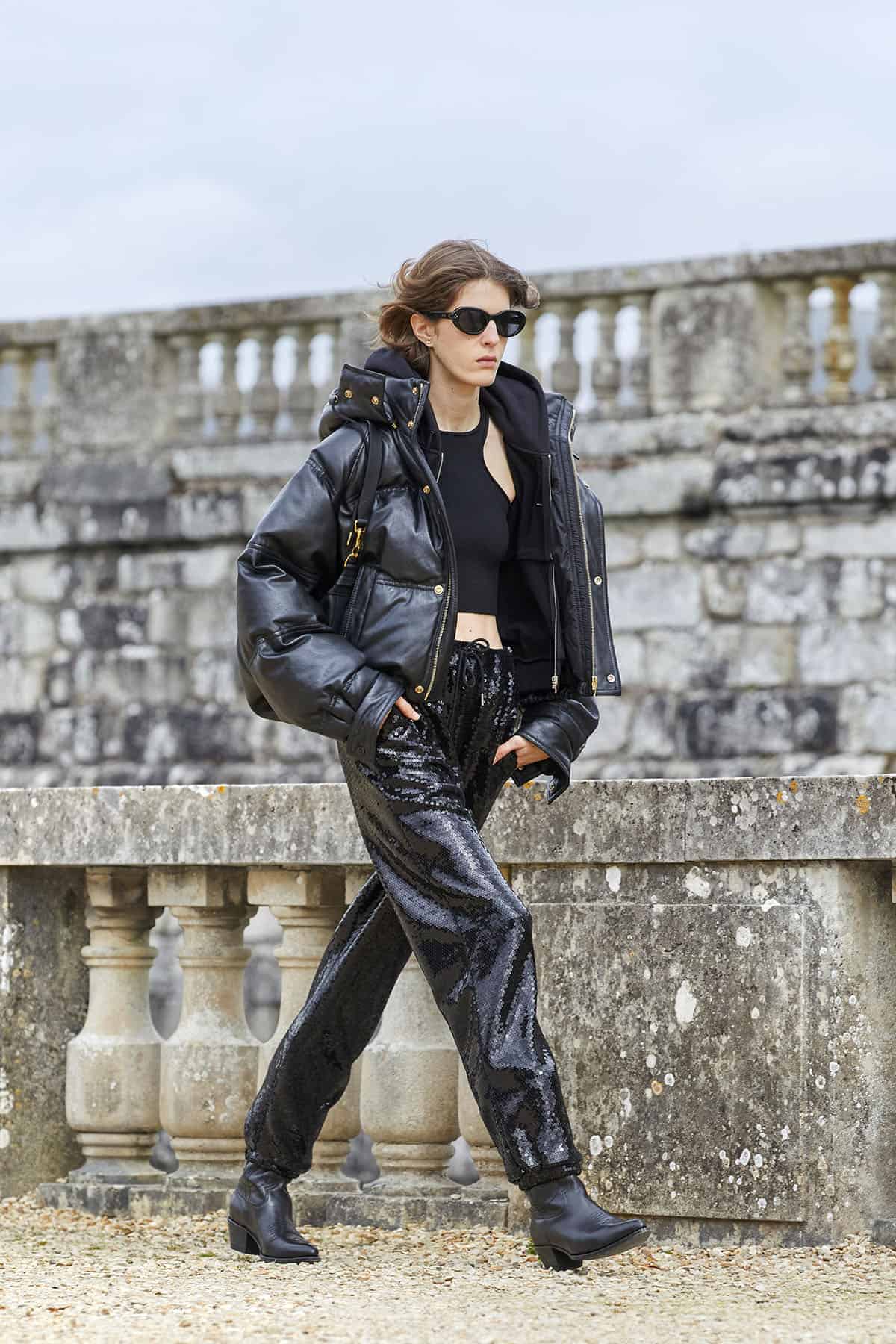 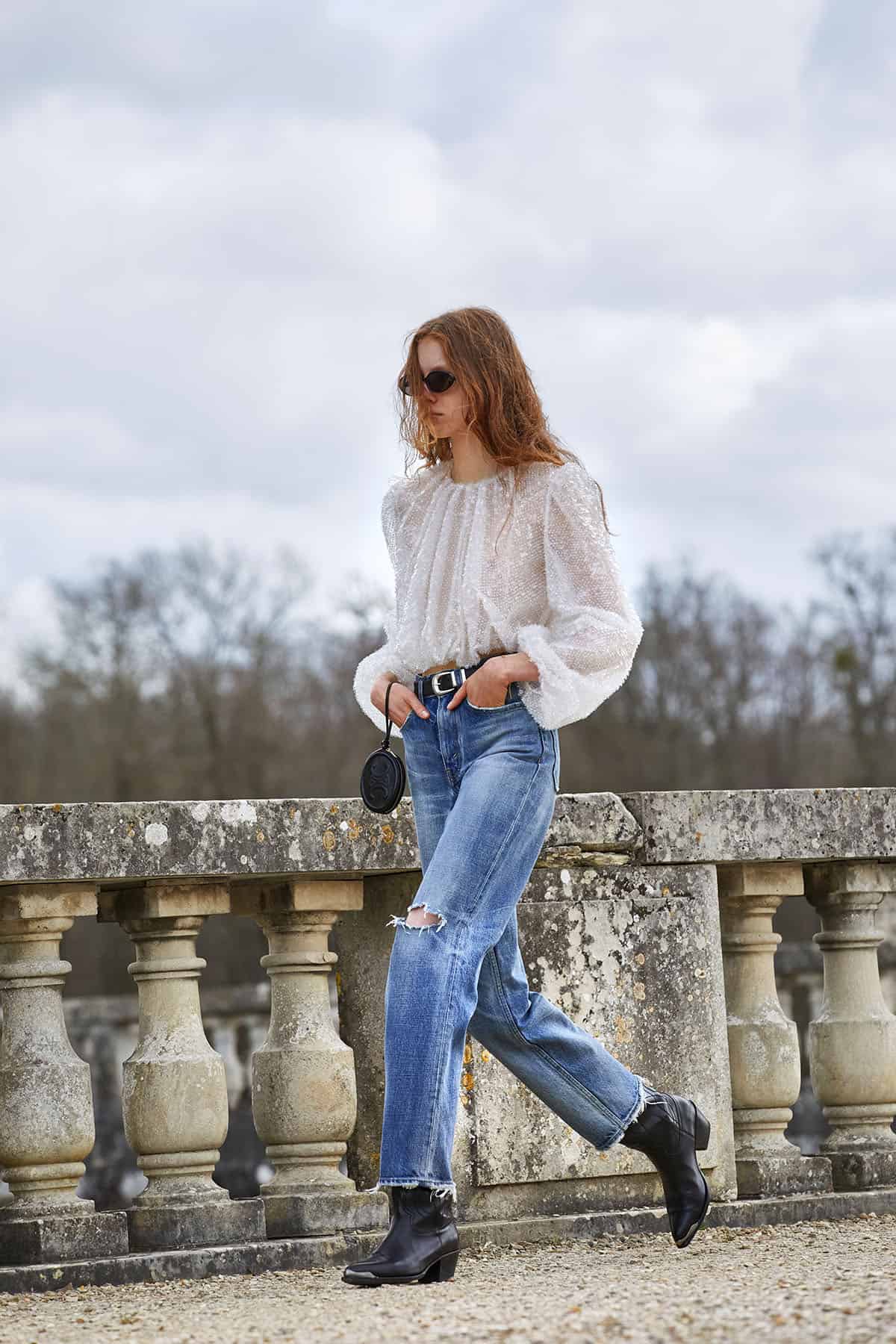 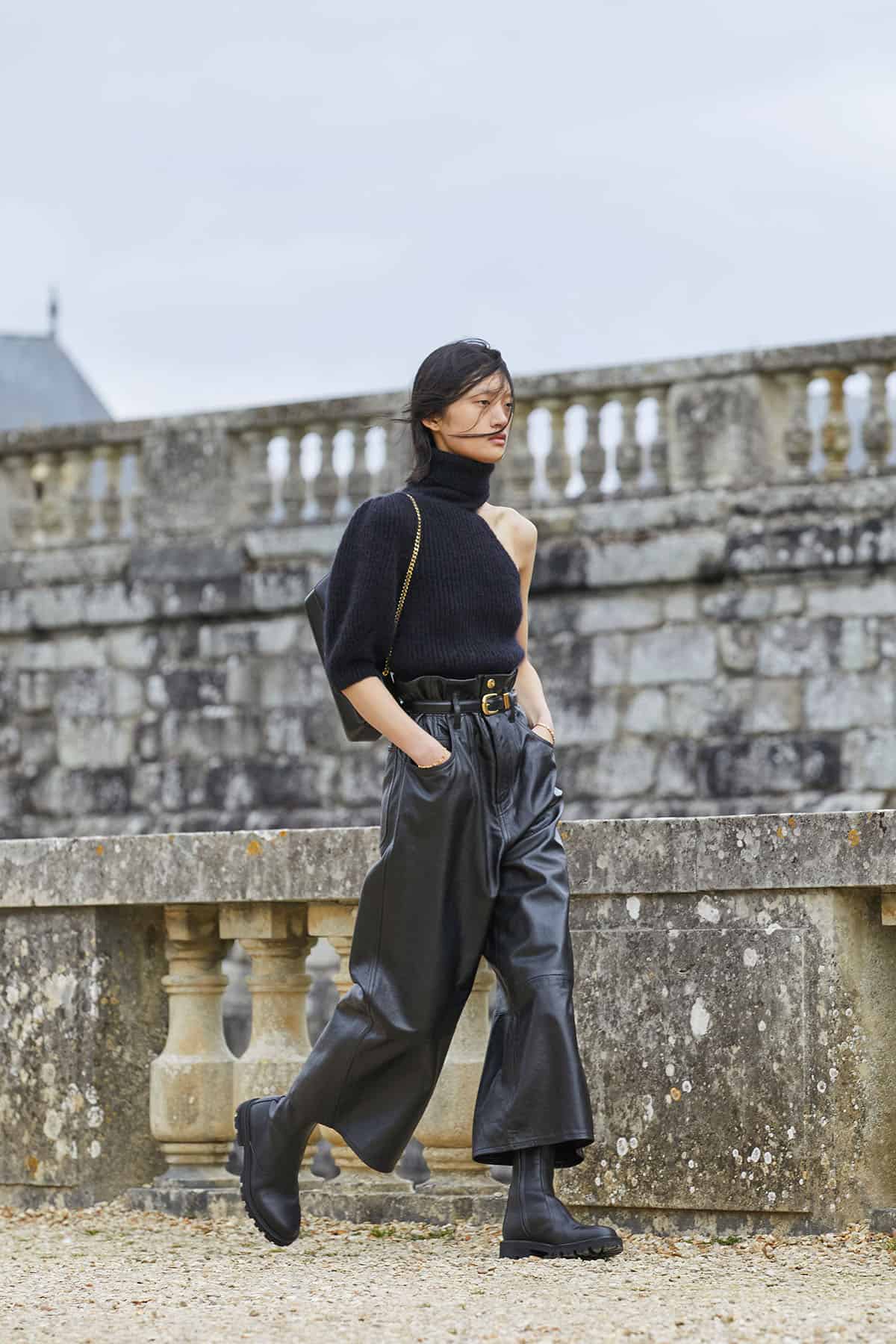 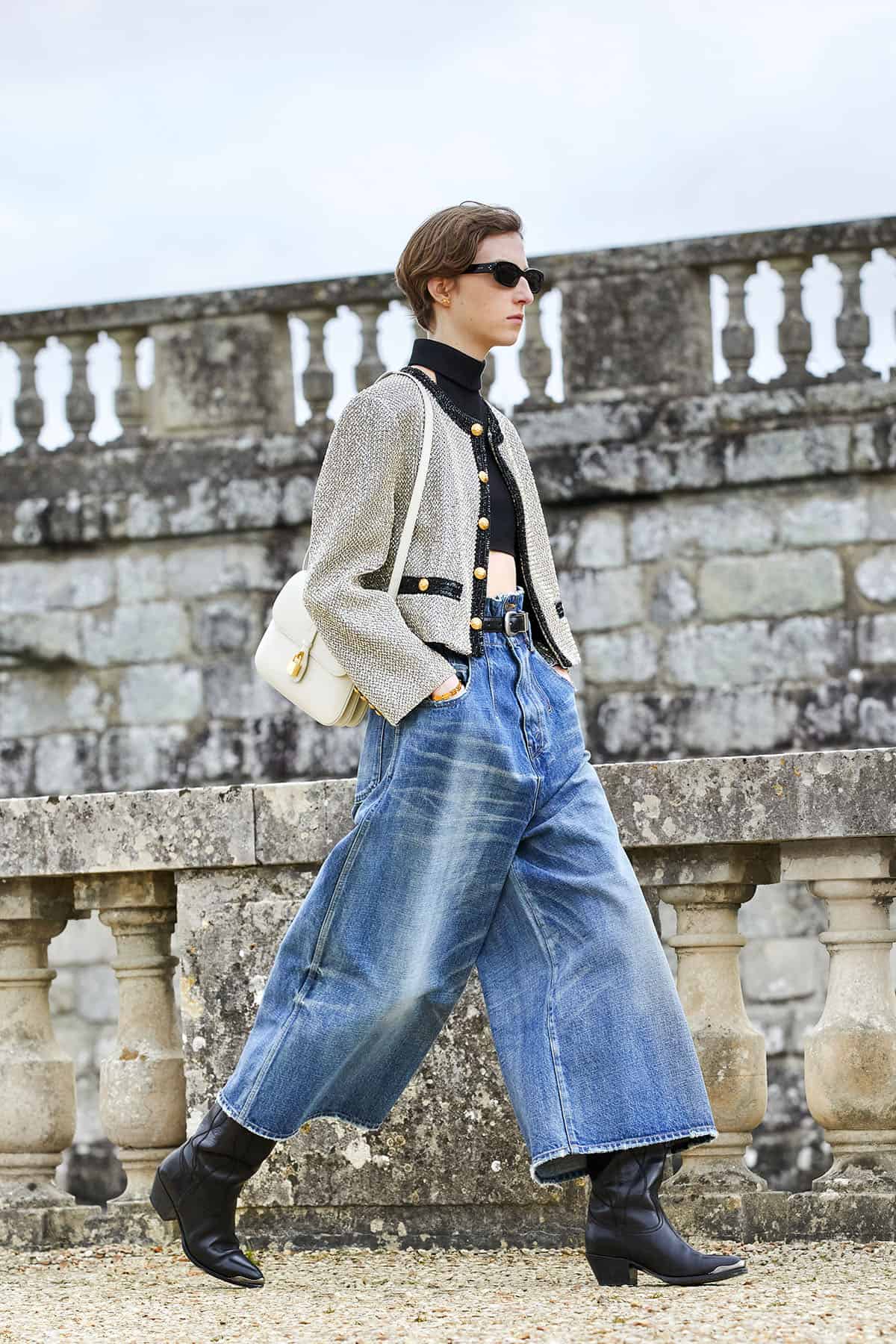 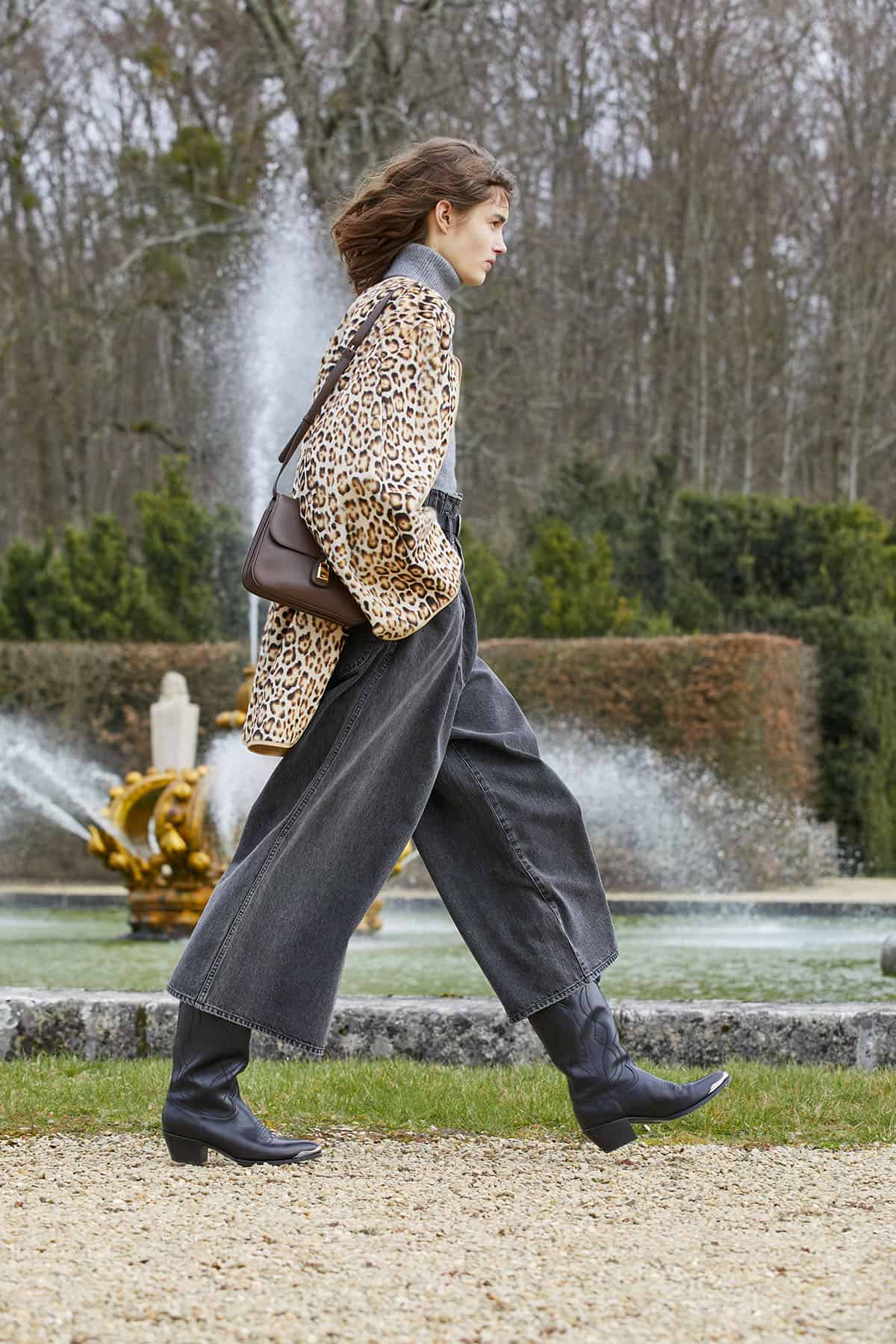 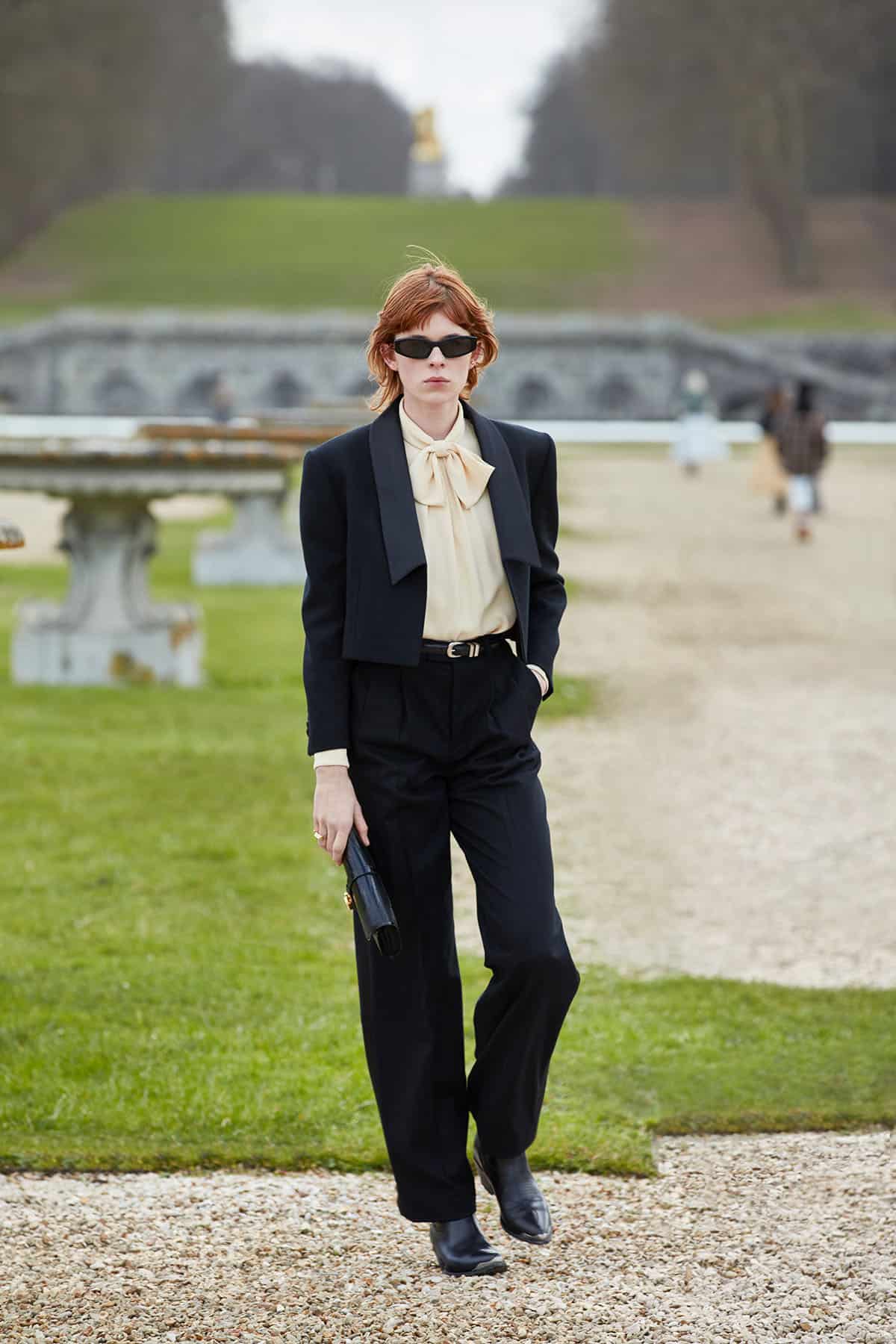 Amiri Brought Rock N’ Roll Back To DTLA For Fall 2021