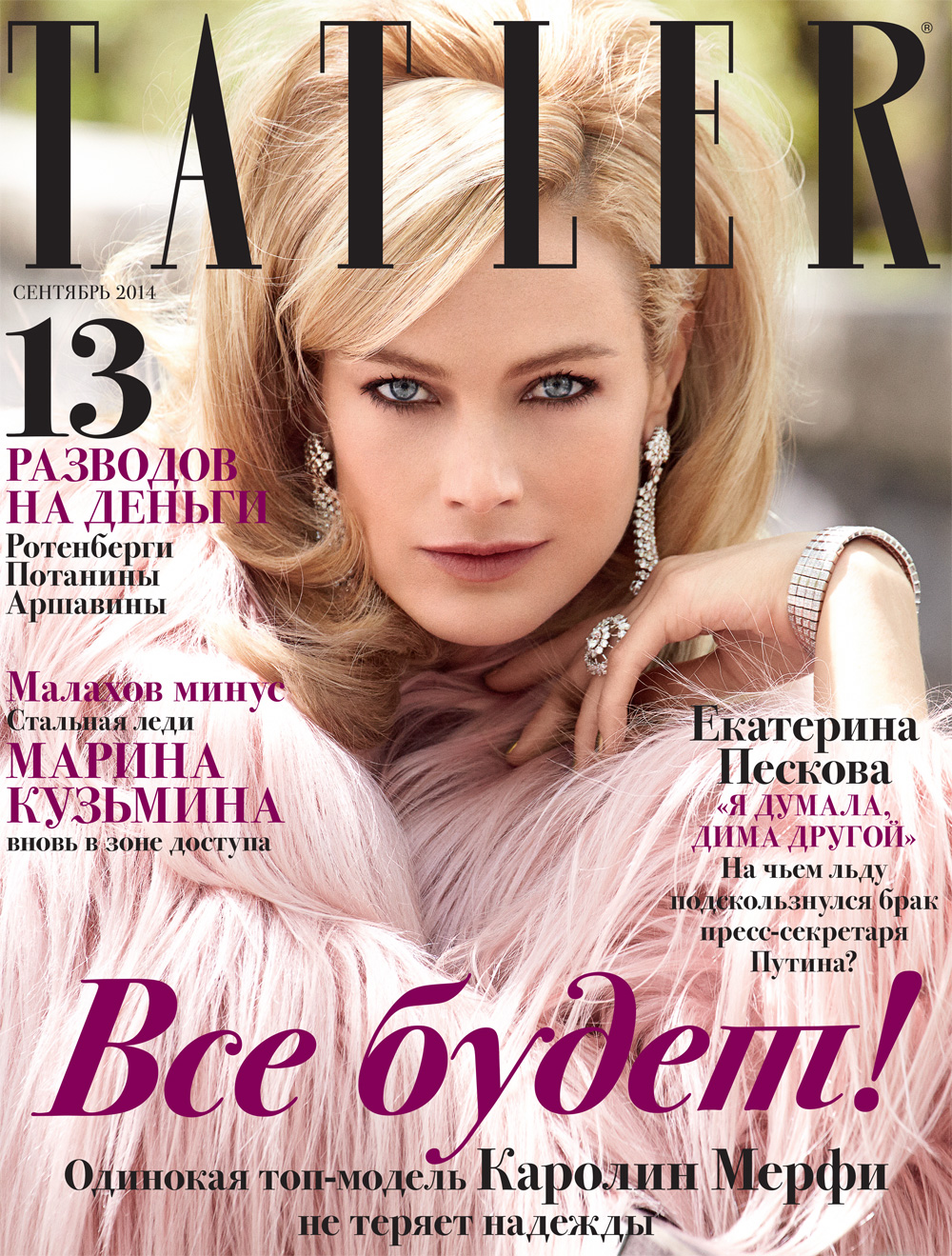 Carolyn Murphy got blinged out for the latest issue of Russian Tatler, which is giving us The Real Housewives of Moscow vibes. Patrick Demarchelier lensed the shoot of  the mod, who just turned 39. Murphy’s having quite a summer, thanks to a major story in the latest edition of ELLE, where she visits the streets of Detroit. She’s the newly appointed women’s design director of Shinola, a Motor City-based company dedicated to producing American-made products. (They aren’t messing around over there at Shinola: Bruce Weber shot for them earlier this year.) Jones New York has also enlisted Murphy to front their “7 Days, 7 Ways: Perfect Blazer” campaign for Fall shot by Norman Jean Roy. (Daily fave Cory Bond appears in Jones men’s campaign this Autumn.) But it’s not all work and no play for the mod, last weekend we spotted her at the MR PORTER and Net-A-Porter bash at boyfriend Lincoln Pilcher’s resto, Moby’s, in Amagansett. A well-deserved break. 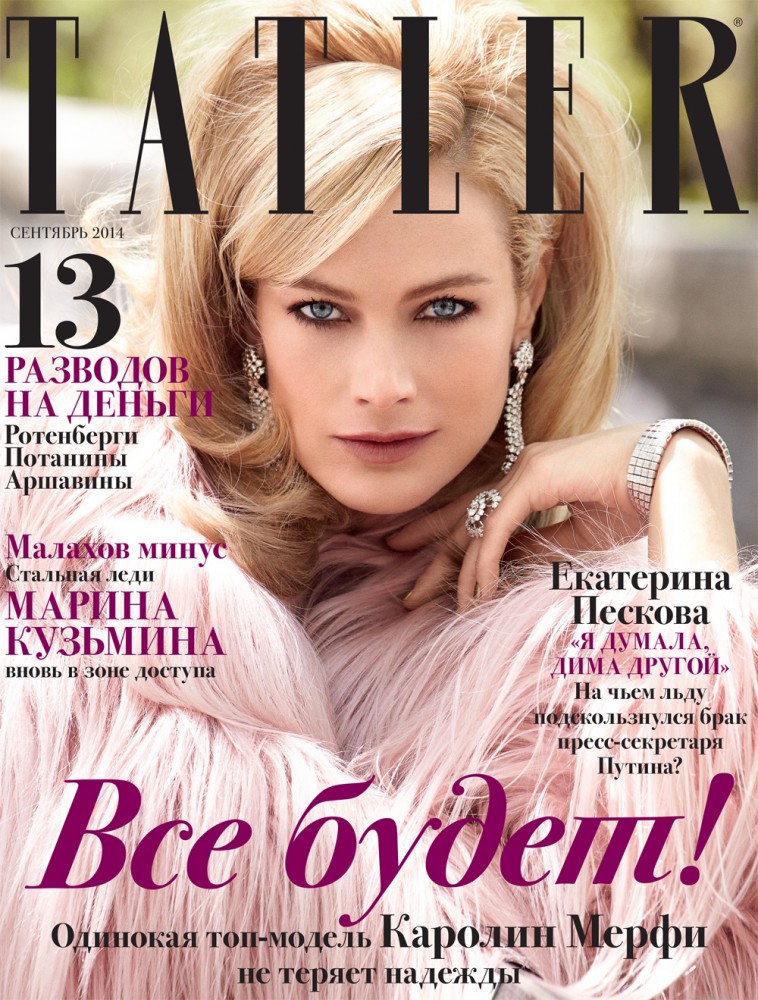