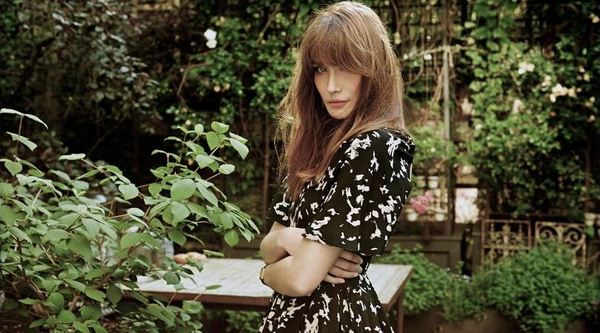 Fabulous singer and former First Lady of France seriously has it all. Good looks, a happy family, four albums under her belt, and…a best friend like Helena Christensen to capture it all on camera for DuJour mag. The model alums had time for a quick chat outside of Christensen’s West Village abode, where Bruni puffs on an e-cigarette, carefully describing it as “steam, with just a little mint.” Sounds like a beverage, non? Bruni talked about her musical pursuits during her husband Nicolas Sarkozy‘s time in office, explaining that “music is a shelter; it protects you. It was a nice, productive, pleasant time for me as a musician. It was a contrast with the rest of my public situation.” She even plans on taking her twee daughter on tour with her, since the 22-month-old was born with a love of music. However, it’s not all scandale-free in the Bruni family: ” I was all over the British press when I was going there to meet the Queen. I was naked everywhere. I just got to England with my man, and every single paper had me naked on the cover. But at least I was 24, and I had a good body!” There’s that silver lining!

Did You Miss Us? The Daily Summer Part Deux Is Here!

A Match Made In Heaven! Anine Bing...