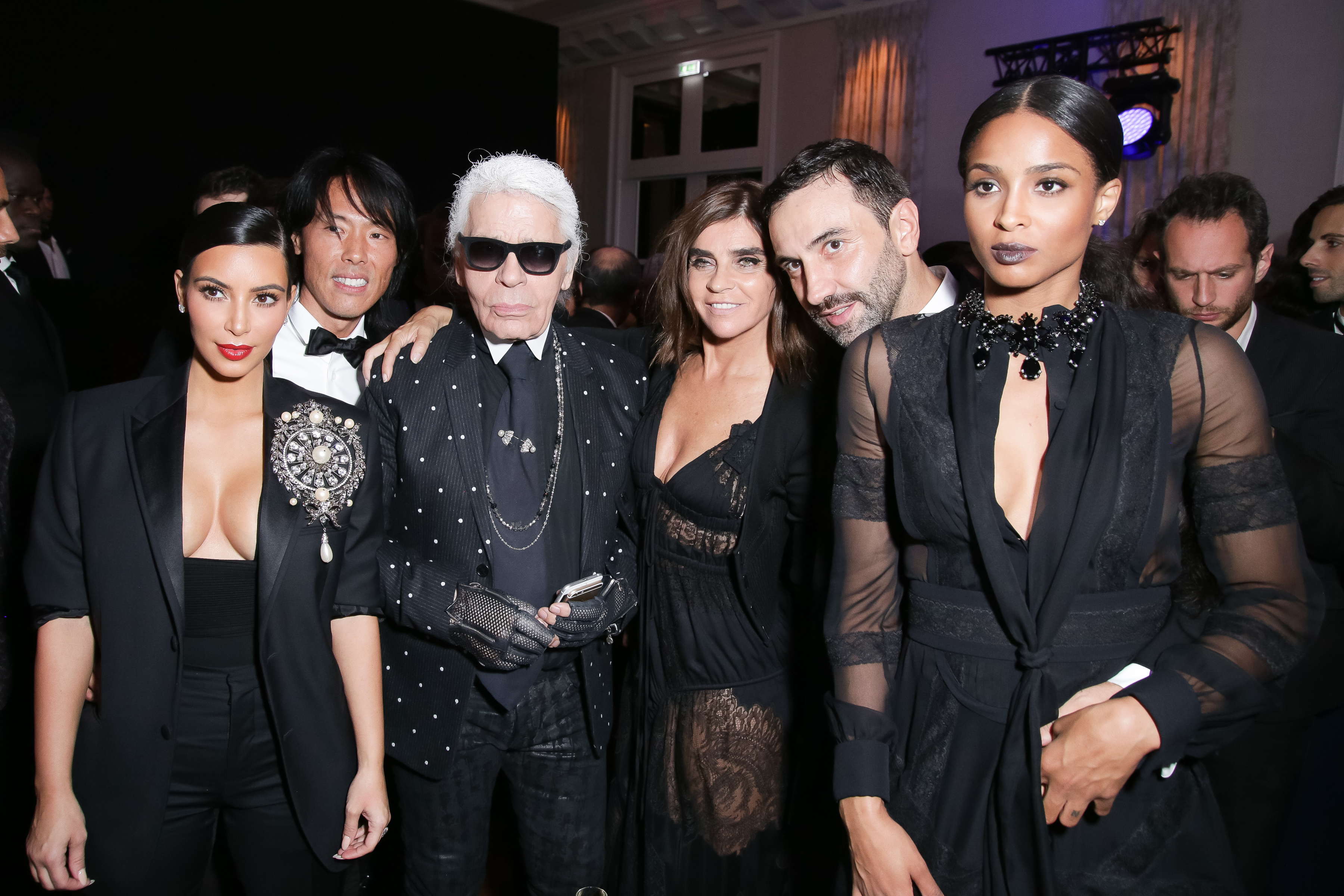 There are many uber stylish soirées in Paris during fashion week, but none held a candle to Carine Roitfeld‘s big bash for CR Fashion Book last night (which also belatedly celebrated her recent birthday). Mon dieu! Upon walking into The Peninsula Hotel on Avenue Kléber there was every fashion industry VIP you could imagine, shoulder to shoulder. There were models galore, like Rosie Huntington-Whiteley, who showed up on the arm of Balmain’s Olivier Rousteing, and Lindsey Wixson, Joan Smalls, Cara Delevingne, Jessica Stam, Kati Nescher, Jamie Bochert, Daria Strokous, Daphne Groeneveld, and Gigi Hadid (the list goes on!). The latter spent the party arm-in-arm with Kendall Jenner. Essentially, if you’re a mod and you were at PFW, you were probably at last night’s fête.

Speaking of Jenners, Kris Jenner was there with Kim Kardashian, who was of course making quite the stir (par for the course during the Paris shows). Riccardo Tisci was there to join in the fun with his favorite client. We also spotted Pucci designer Peter Dundas looking dapper with his blonde curls in a aqua blue tuxedo jacket. Then, there was Justin Bieber, Selena Gomez, and Miranda Kerr. Ooh la la! In case you’ve forgotten, there have long been rumors of a tryst between the Biebs and Kerr after the Victoria’s Secret runway show. However, Gomez and Kerr played nice, even stopping to chat to each other and pose for photos. Gomez was wearing a stunning pair of diamond De Grisogono earrings and a Louis Vuitton black silk jumpsuit, while Kerr was in a barely there black lacey floor-length number that oozed sex appeal. The list of bold faced names goes on and on, including Stephen Gan, Anna Dello Russo, Mario Testino, and Bianca Brandolini d’Adda.

But the real VIP of VIPs, other than Carine, of course, was Karl Lagerfeld. Never have we seen such a frenzy at a party and we’re talking about a bash that has a Kardashian in the room. (Love or hate her, the press is all over her, especially in Paris.) The Kaiser reigned supreme as he was escorted by a gaggle of handsome male bodyguards into a room to watch chanteuse Jessie Ware belt out her beautiful songs. Lagerfeld and Kardashian helped the hostess cut the cake. Did we mention this party was pretty VIP? And to think, this party almost didn’t happen: Insiders said it was pulled together as of last week. Judging from the guest list, that’s quite a feat. But as Huntington-Whiteley put it, “Carine is what’s fabulous about a Carine party. If her name is on the invitation, you’re there!”