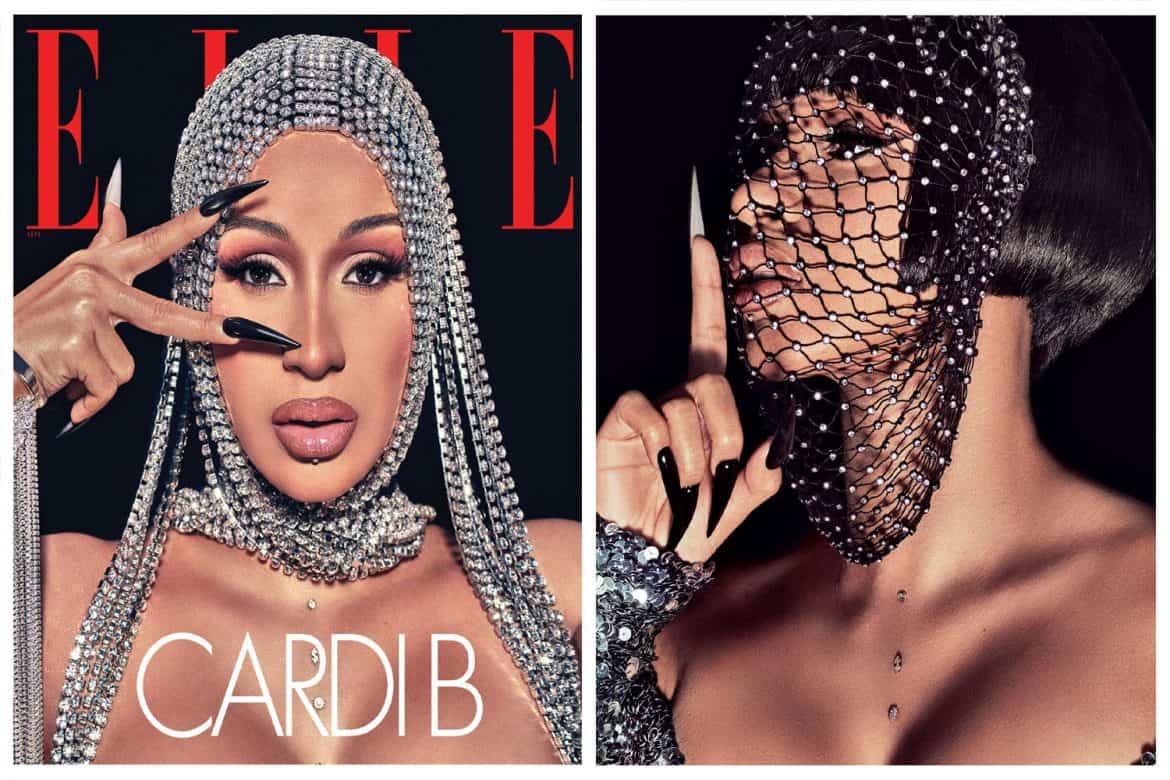 Just days after the viral music video for her new single WAP almost broke the internet, rapper Cardi B has been announced as the cover star for ELLE’s September issue.

The 27-year-old mom spoke candidly (as she is wont to do!) about everything from coronavirus to cancel culture. Not one to hold back, the New York-born star also shared her opinions on politics—both in terms of the government and within the music industry.

In recent weeks, @iamcardib has put out forceful statements about the wrongful death of #BreonnaTaylor, the 26 year-old Black EMT who was fatally shot by police in her home in Louisville, KY. The harrowing account reminded Cardi of when her own cousin was murdered: “I remember everybody waking up at 3 a.m. and driving all the way to New Jersey, to the hospital. And through all that driving, you’re crying and scared.” She's enraged that the officers who murdered Taylor—Jon Mattingly, Brett Hankison, and Myles Cosgrove—have not been arrested. "That is so insane to me,” she says. “What they did to her is really fucked up. What’s the excuse? Why is the cop not in jail? Wasn’t what he did a crime? It’s a crime! And no apology. Nothing. Unbelievable.” For the full interview—and ways to demand #justiceforbreonnataylor—see link in bio. ELLE September 2020:⁣⁣ Editor-in-chief: @ninagarcia⁣⁣ Creative Director: Stephen Gan Cover star: @iamcardib⁣⁣ Written by: @marjon_carlos⁣⁣ Photographer: @stevenkleinstudio⁣⁣ Stylist: @kollincarter⁣⁣ Fashion Director: @alexwhiteedits

The self-described “regular degular schmegular girl from the Bronx” delved into topics including Trump, Governor Andrew Cuomo (whom she previously endorsed on social media), and of course, her relationship with husband Offset.

“I don’t really like talking about love much,” she admitted. “But I feel like I have to do it, just because I want people to know a little bit. There’s always rumors about me and my husband, and I feel like people would rather start rumors because they want me to be heartbroken.

The Grammy Award-winning artist was photographed by Steven Klein and styled by her own stylist Kollin Carter.

The issue hits newsstands on 9/8.

Nicolas Brochet: A Curator Of Only The Best Experiences

14 Fashion Tips from the Hamptons’ Most Stylish