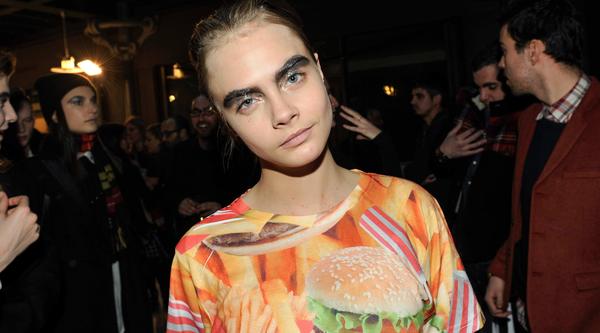 When they say bushy brows are in, they mean that buying tweezers is totally out. Could Cara Delevingne be put to blame for this phenomenon due to lack of grooming. According to Google, since November 2012 searches for “fuller eyebrows” and “Cara Delevingne” have been on the rise, while the opposite can be said for the term “eyebrow plucking.” The horror! In addition to the shift in search items, hair-growth serums for this particular feature and brow pencils have seen a spike in sales. Sorry Tweezerman, it may be time to embrace the fuzz.