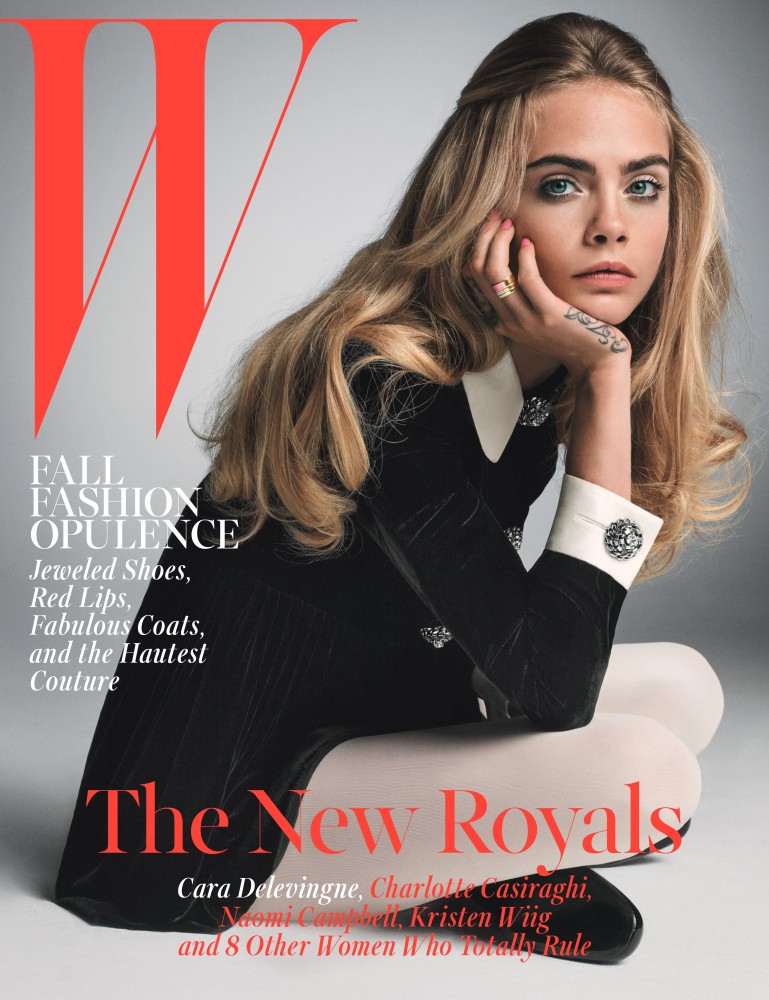 Cara Delevingne is one of W‘s October cover girls along with Naomi Campbell, Kristen Wiig, Ellen Page, and Charlotte Casiraghi, (who each have their own covers) as part of their special “The New Royals” issue. What’s the criteria for being crowned? “Twelve standout women from the worlds of society, fashion, and show business, and divided into new and classic royalty—a distinction based on time spent in the spotlight, more than anything else,” Lynn Hirschberg writes. The other women joining the royal ranks include Stella McCartney, Jaclyn Smith, Carolina Herrera, Kendra Spears, Anjelica Huston, Kiernan Shipka, and Joan Rivers, the latter of whom is featured in her final styled portrait. Delevingne, wearing Saint Laurent by Hedi Slimane on her cover, talks about her love of nudity in the issue. “As a child, I loved being naked,” she says. “My parents would have to force me to be dressed because otherwise I’d take my clothes off and run around the supermarket. Nudity was liberation to me. Freedom. My entire family is pretty nudist-y. We went to nude beaches a lot. I always wondered why the men on nude beaches had the smallest penises.” Riiiight?