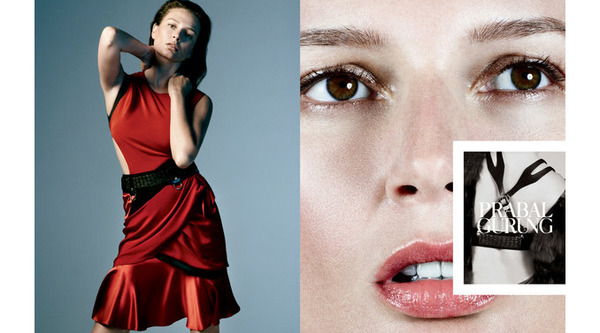 It’s not every day we write about Bridget Hall appearing in a new campaign, but the 35-year-old mod, who once upon a time was EVERYWHERE, appears in Prabal Gurung‘s new campaign for fall. “We’ve grown up with this fantasy about supermodels,” Gurung told The New York Times’ Eric Wilson. “I felt personally it was the right moment to celebrate women of that age.” No complaints here.

David Beckham Appears Shirtless In An Ad? You Don't Say…