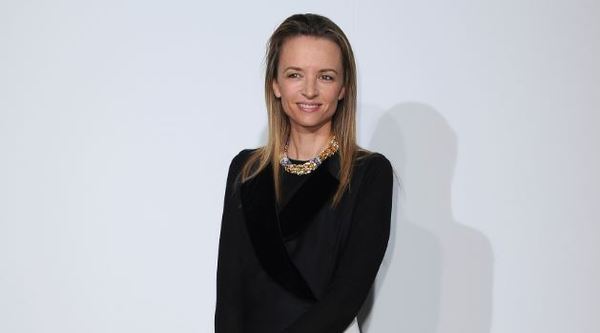 (NEW YORK) Calvin Klein’s spring 2011 global advertising campaign, announced this morning, brought news of Calvin Klein Collection’s first-ever television ad, filmed by Fabien Baron, and accompanying print ads shot by Mert Alas and Marcus Piggott. The 60-second TV spot will debut during the pre-show red carpet coverage of the Golden Globes this Sunday and features Lara Stone alongside Texan talent Tyson Ballou. Baron and Baron has produced some of the most controversial and successful Calvin Klein imagery for the last 15 years, making Baron an obvious choice for the ambitious project. “Our aim was to produce a luxury lifestyle commercial showcasing our Calvin Klein Collection products,” said Tom Murry, president and CEO of Calvin Klein, Inc. “It elegantly features men’s and women’s apparel and accessories, as well as items from our home collection.” The television ad, shot in La Jolla, Calif., will air in shorter formats on networks including NBC, CNN and FOX. It will also show on New York’s TaxiTV and vogue.com for four weeks. Mert & Marcus’ images for women’s Collection feature Stone alongside Liu Wen and were shot in Los Angeles. The men’s campaign for the line, featuring Nils Butler, was shot in New York by Steven Klein.
MARIA DENARDO

Mommy & Me with Stacey Bendet: Mommy Must Haves