Calvin Klein Turns To The Past For ETERNITY 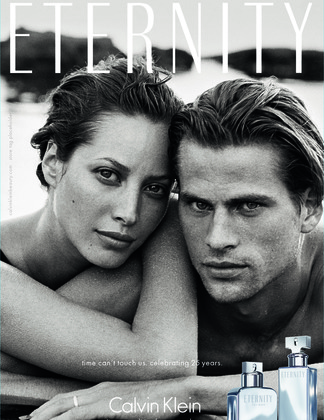 Calvin Klein announced today (the best news ever!!!!) that to celebrate the 25th birthday of their ETERNITY Calvin Klein fragrance, they’re reissuing their iconic 1995 campaign starring Christy Turlington and Mark Vanderloo. Peter Lindbergh shot the black and white image, which will return to print publications in May. Last month, the perfume got a slight makeover, thanks to a new bottle design that was released to celebrate fragrance’s silver anniversary. The original ETERNITY campaign video will also be reissued for digital and in-store marketing, and will complement the refreshed print ads with a retooled version of the 1995 tagline: “Time can’t touch us. Celebrating 25 years.” Genius idea! Now, a new generation of chicettes can cover their bedroom walls with this image.