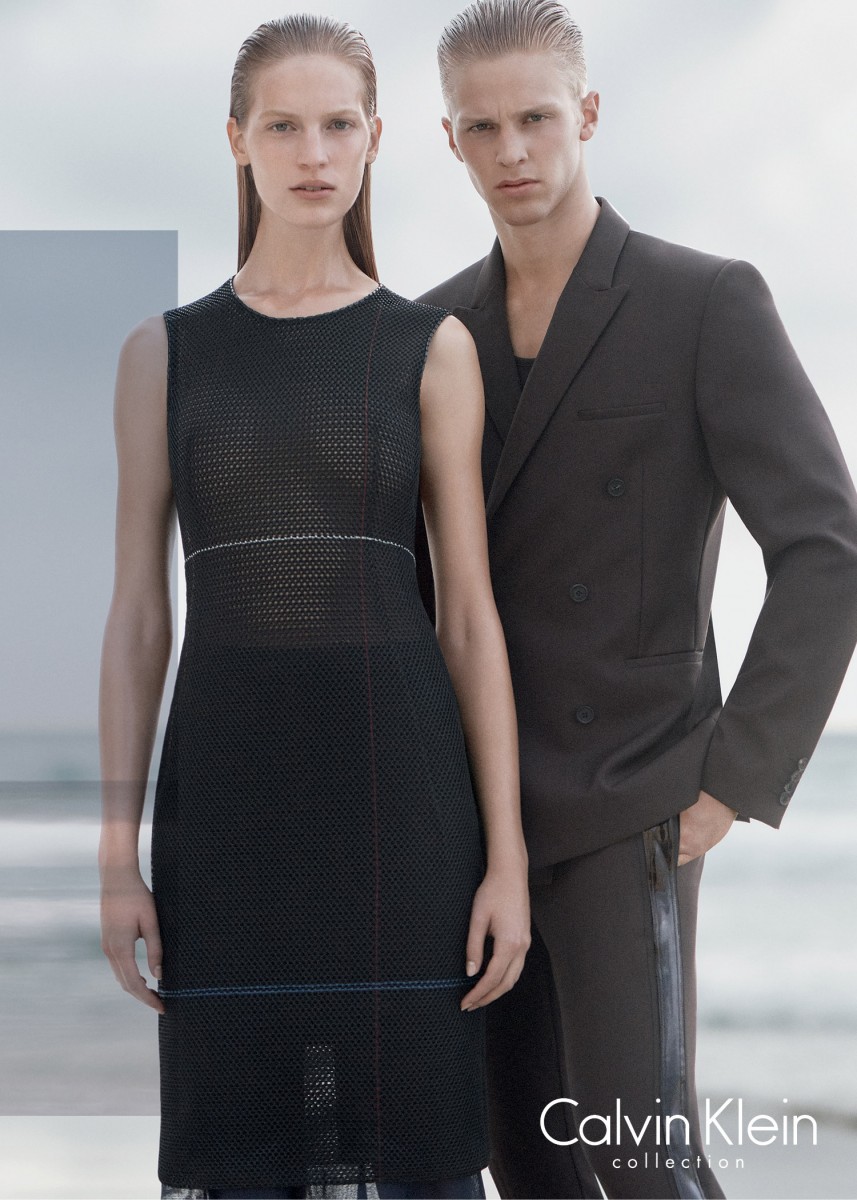 Calvin Klein Collection released images from their Spring 2015 campaign today, and it probably won’t be getting an SNL parody à la Bieber, but we definitely dig it. David Sims shot models Vanessa Axente and Clark Bockelman in La Jolla, California for the campaign, under the creative direction of Calvin Klein’s in-house ad agency and creative studio. Both mods go way back with the brand: Axente is currently the face of their endless euphoria Calvin Klein women’s fragrance, and she’s also been featured in the past three women’s Calvin Klein Collection campaigns. Bockelman has walked in the last four men’s shows for the brand; this marks his third campaign for them. Last month, Calvin’s creative director Italo Zucchelli explained the appeal of Bockleman. “He’s an all-American guy with a perfect body,” Zucchelli said. “You cannot take a bad picture of him, and he walks and wears clothes perfectly. When you see something like that, in pure Calvin Klein tradition, you have to book him for an exclusive.” Bockelman is currently nominated as  ‘Breakout Star of The Year’ by Models.com. Calvin Klein Collection will show their Fall 2015 collection on February 19th at Spring Studios.