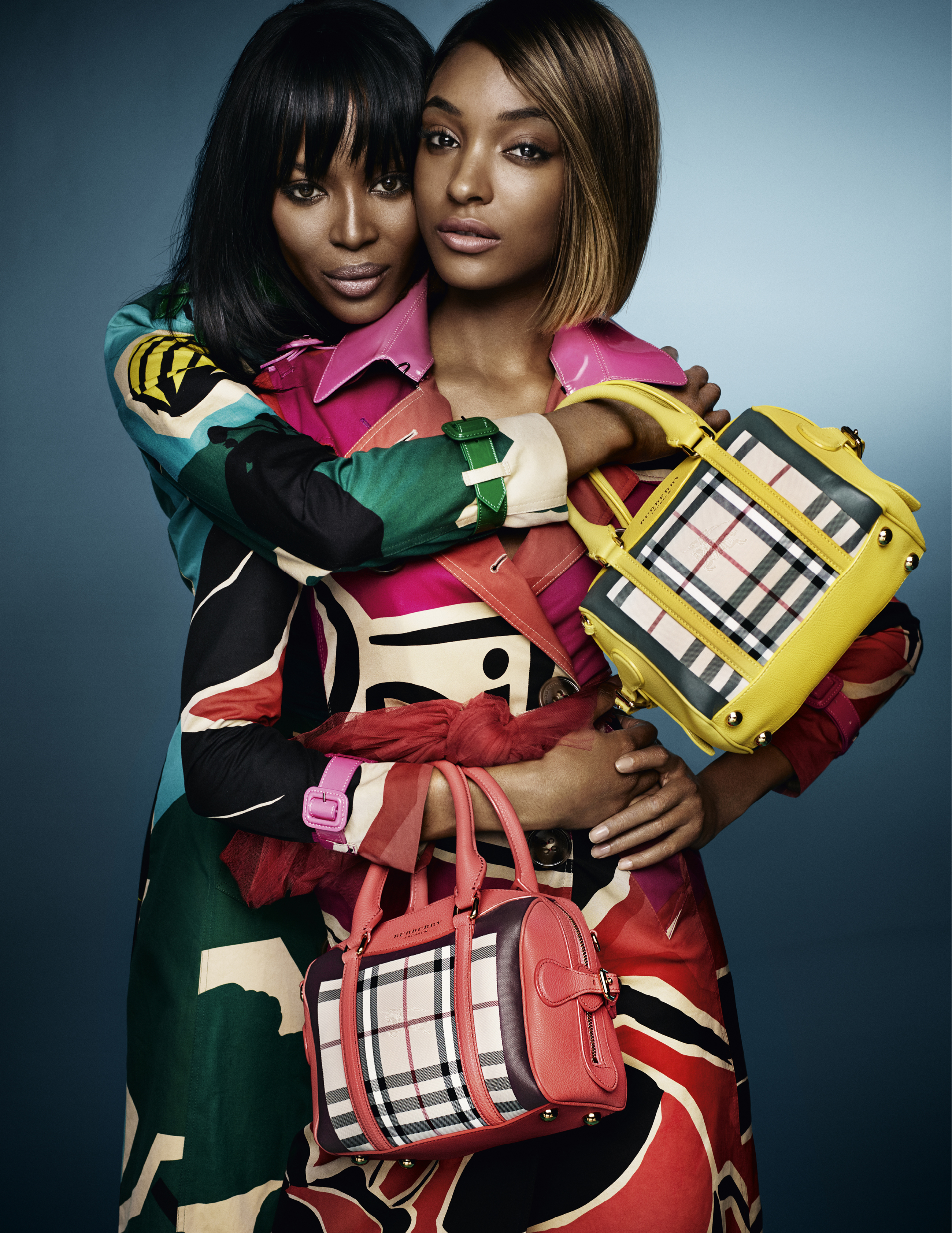 Burberry quietly unveiled their Spring/Summer 2015 campaign over the weekend, with Naomi Campbell and Jourdan Dunn posing for Mario Testino. It’s the first time that Campbell has appeared in a Burberry campaign since working with Kate Moss in 2001. It’s the fourth campaign with the brand for Dunn, who first appeared in their Spring/Summer campaign alongside Cara Delevingne in 2011. “Naomi and Jourdan – two great British icons, two strong, beautiful women and the two perfect faces for our new campaign. It is, as always, a real privilege to work with them,” Christopher Bailey, Burberry’s chief creative and chief executive officer, said in a statement. The girls are also joined by British musicians George Barnett and George Le Page in the Burberry cast for the season. Look for the S/S15 campaign to come your way in January.