Bulgari Unveils Renovation of the Spanish Steps in Rome 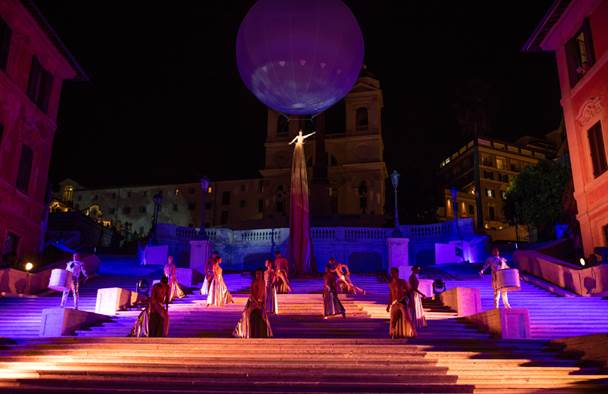 Bulgari has finally unveiled its $1.5 million renovation of Rome’s historic Spanish Steps, which climb a steep slope from the base of Piazza di Spagna to Piazza Trinità dei Monti. The 135 step-staircase was built between 1723 and 1725—thanks to the donations of French diplomat Étienne Gueffier—and was designed by Francesco de Sanctis and Alessandro Specchi. The stairs lead to the piazza where the Trinità dei Monti church is located, which was under the patronage of the Bourbon kings of France at the time.

The Spanish Steps are also part of Bulgari’s history, as they connected Via Sistina, where Sotirio Bulgari opened his first shop in 1884, and the present-day store in Via dei Condotti. The renovation also coincides with Bulgari’s 130th anniversary. “Today we are delighted to celebrate with the city the return of a monument which once again in its splendor represents the grandeur of Rome,” said Jean-Christophe Babin, CEO of Bulgari. “For Bulgari the Steps are indissolubly linked to the identity of the Maison and will always be associated with joy and glamour. We hope to be able to collaborate with the Municipality of Rome on other projects in the future, to continue to preserve and enhance the ineffable beauty that this unique city has to offer the world.”

Italy’s fashion and jewelry titans have all been working to revive the country’s historic monuments. Earlier this year, Tod’s unveiled its restoration of the Collosseum, which is reported to have cost roughly $35 million; Renzo Rosso has committed to restoring the 423-year-old Rialto Bridge in Venice; Fendi famously staged a runway show over Trevi Fountain for its couture show this summer, which celebrated the Italian maison’s 90th anniversary and cost the company $2.2 million to restore. For Bulgari, the celebrations took place in the Piazza di Spagna last night, where the Orchestra Nazionale di Santa Cecilia performed, conducted by Antonio Pappano. Thirty Roman citizens were chosen at random to attend the grand event through an electronic selection from the database of online services of Roma Capitale, and 10 inmates from Rebibbia prison, who had volunteered to work on the restoration as part of a rehabilitation program, were also invited.

“This is an important day for the citizens of Rome. And I am delighted to share these moments with my fellow Romans,” said the Mayor of Rome Virginia Raggi. “From today the Spanish Steps, one of the greatest artistic jewels in the world, can once again be enjoyed to their full. They have been returned to us in their immense splendor. We decided that the inauguration of the Spanish Steps should not be a celebration reserved to just a few. Instead we chose, because it was what we truly wanted, to make this splendid occasion a celebration for the people. Because nobody must be left behind”.

To celebrate the occasion, Bulgari created a one-of-a-kind necklace made of white gold, emeralds, sapphires, amethysts and rubellites, inspired by the majestic staircase. 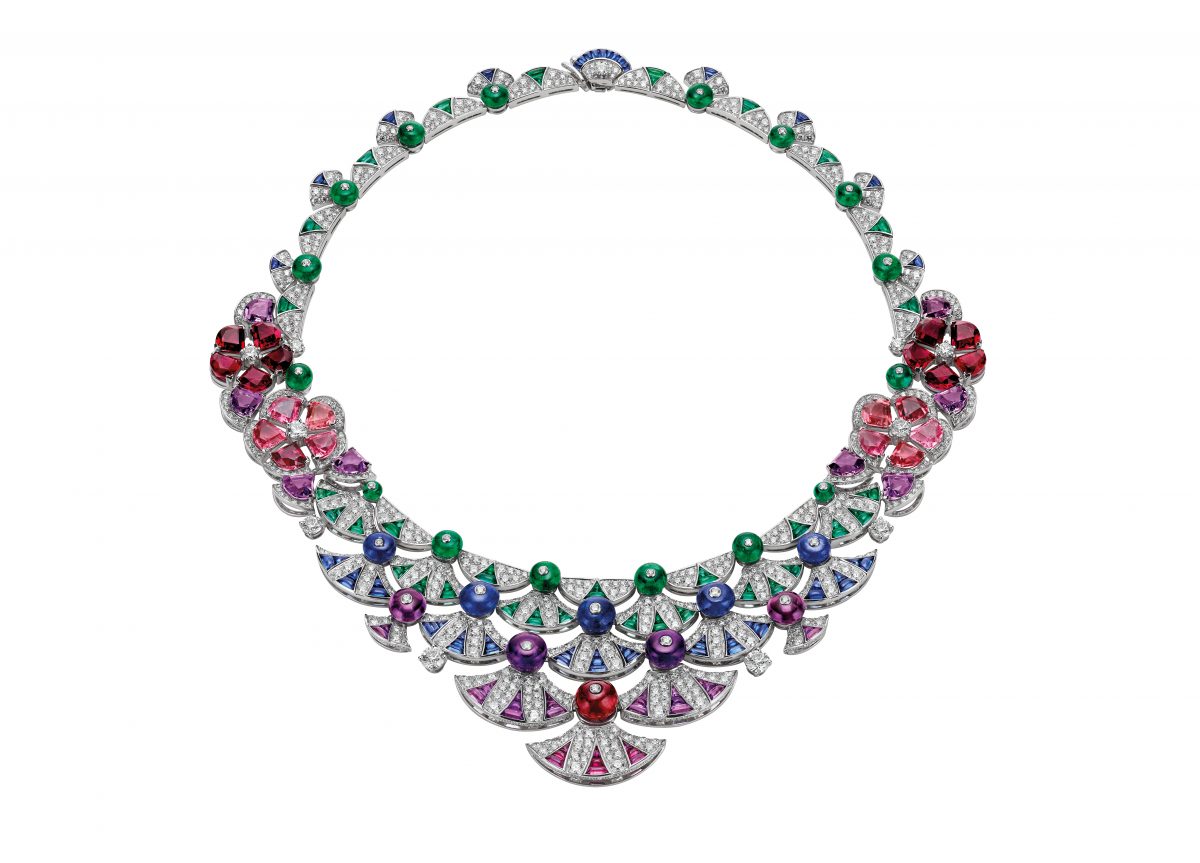 Jeremy Scott Reimagines Valley of the Dolls for Moschino Spring ’17