Bruno Mars, Lady Gaga, and The Weeknd to Perform at the Victoria’s Secret Fashion Show 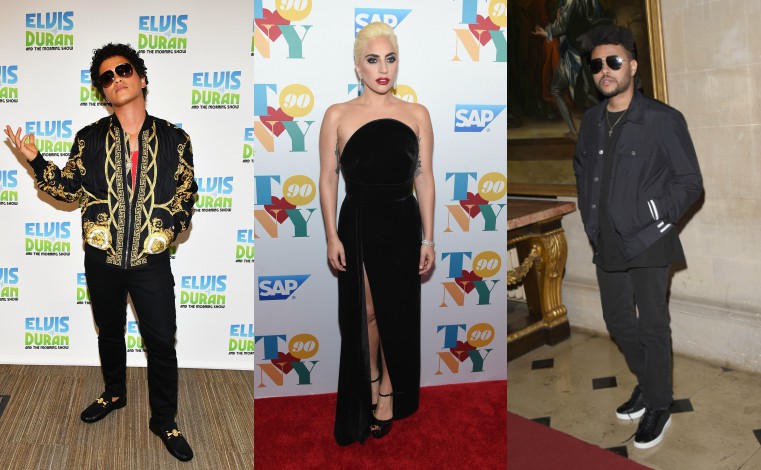 Victoria’s Secret just announced a slew of talent who will perform on the sexiest runway of the year, the Victoria’s Secret Fashion Show in Paris: Lady Gaga, Bruno Mars, and The Weeknd. The latter, who’s been linked to Bella Hadid, performed at the annual event last year. (In other news…he’ll star in the latest Selected By H&M campaign and is launching The Spring Icons Selected by The Weeknd collection.) Gaga and Bruno Mars are making their Victoria’s Secret debuts, filling the shoes of last year’s performers, Rihanna and Selena Gomez.

The show will broadcast on Monday, December 5 in more than 190 countries, where returning favorites Adriana Lima, Alessandra Ambrosio, Lily Aldridge, Elsa Hosk, Jasmine Tookes (who will wear the $3 million Bright Night Fantasy Bra), Josephine Skriver, Lais Ribeiro, Martha Hunt, Romee Strijd, Sara Sampaio, Stella Maxwell, and Taylor Hill, as well as 37 of the world’s best-known runway stars including Karlie Kloss and Bella and Gigi Hadid will command the catwalk. The show will include pink carpet interviews, model profiles, and a behind-the-scenes look at the making of the show, ultimately merging fashion and entertainment.