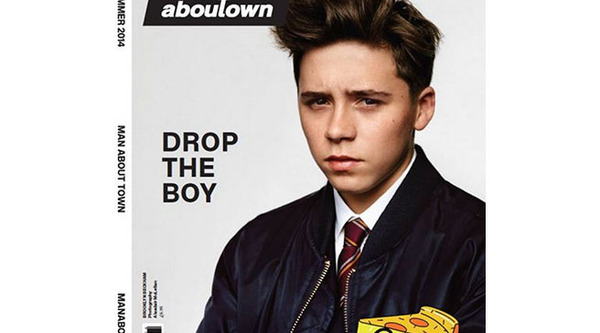 Brooklyn Beckham is following in his younger brother Romeo Beckham‘s footsteps and making his debut as a mod. The younger Beckham already made his modeling debut in Burberry’s Spring 2013 campaign. It seems like just yesterday they were in nappies! Brooklyn Beckham, now 15, appears on the cover of Man About Town magazine shot by Alasdair McLellan with a whopping 20-page editorial inside. We have a feeling this little cutie will be keeping the Beckham family’s collective good looks alive for quite some time.

Calvin Klein Turns To The Past For ETERNITY

[…] Brooklyn made his modeling debut in Man About Town magazine in March 2014. Brooklyn appeared on the cover, shot by Alasdair […]