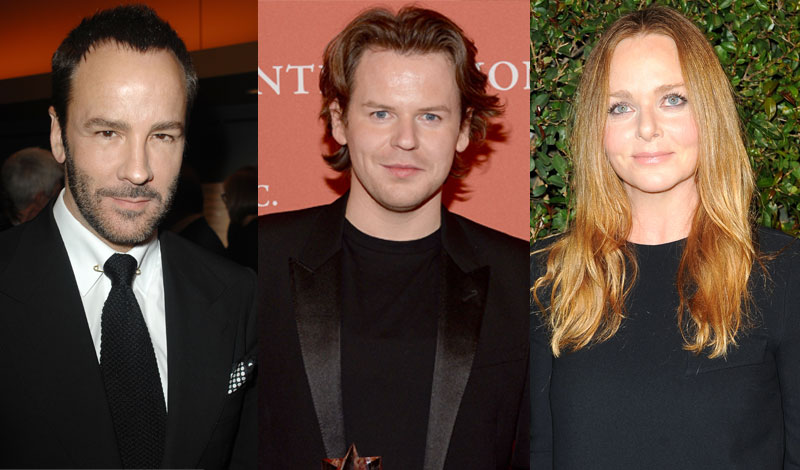 Who’s up for a British Fashion Council accolade this time around? This year’s spate of finalists have been announced for the BFC’s annual British Fashion Awards. In the womenswear designer category, Erdem, Christopher Kane, and J.W. Anderson are up for the top prize. For the women’s wear brand honor, Stella McCartney, Victoria Beckham, and Alexander McQueen are in the running. As for the hommes, Tom Ford is up against J.W. Anderson, Christopher Bailey for Burberry, and Paul Smith in the men’s wear designer category, while Craig Green, Lee Roach, and Astrid Andersen are vying for the title of emerging menswear designer. On the accoutrement front, Nicholas Kirkwood, Charlotte Olympia, and Anya Hindmarch are competing for the title of accessories designer.

In the international designer category, the trio of finalists are Nicolas Ghesquière for Louis Vuitton, Raf Simons for Dior, and Hedi Slimane for Saint Laurent. On the emerging womenswear front, Thomas Tait and Marques Almeida are the only two contenders. A new award in the mix this year is creative campaign, with Louis Vuitton, Lanvin, and Vivienne Westwood in the running. Additionally, a lucky photog or behind-the-scenes industry powerhouse will walk away with the Isabella Blow Award for Fashion Creator. The winners will be revealed at the event on December 1, to be held at the London Coliseum and hosted by British funnyman, TV personality, and writer Jack Whitehall. Bonne chance to the talented array of finalists.