Influencer Bretman Rock On His Upcoming TV Show: “This Is My Calling” 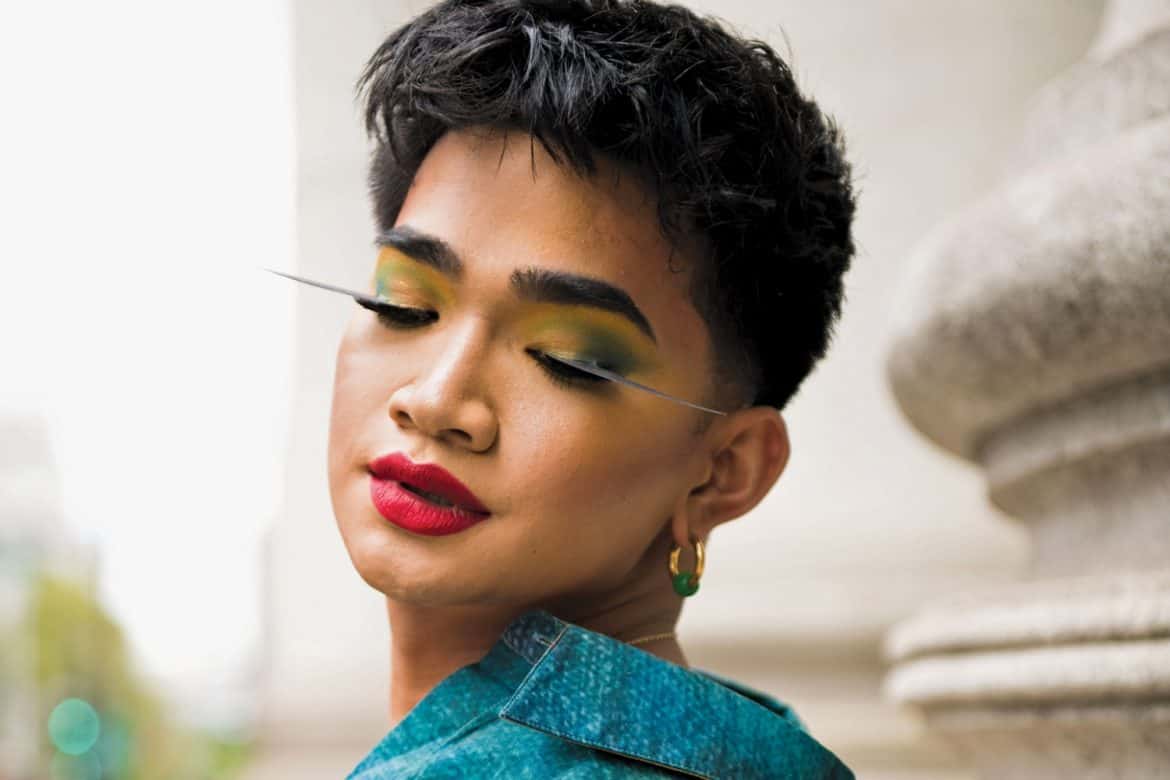 If you don’t know the name Bretman Rock, you will soon. The Hawaiian-based content creator burst onto the YouTube scene years ago and has picked up more than 35 million followers on social media along the way. Next up is his own reality show for MTV and his first fashion collaboration. The confident 22-year-old tells THE DAILY how he built his audience, where his passion for makeup developed, and why nobody will ever stand in his way.

YouTube launched your career. How did that all begin?
My first YouTube video came out when I was in eighth grade. This was before the word influencer or I knew you could make money from YouTube. I started making YouTube videos with my mom’s old iPod. I do wish they were still up, but my insecure ass deleted them when I went to high school. I regret deleting them because I want to go back and laugh at them!

What were they about?
That was back when I thought I was a fashion icon. It was before beauty, so I would make outfits of the day or OOTD we would call them. I would teach people how to make tie-dye shirts or flower crowns. I was a very DIY fashion girl. That’s how I started.

What was the video that really took off, or was it gradual?
I wish I had a gradual progression, because I literally blew up one day and it was full throttle. The video that started my career was when I was dancing to a Beyoncé song and my sister walked past and I slapped her across the head. It got me from 800,000 followers to 2 million in two weeks. It felt like a dream.

Makeup is a passion and a love for you. When did you start putting on makeup?
It dates back to when I was living in the Philippines with my dad while my brother, sister, and mother moved to America. I grew up very Catholic and would run to my grandma’s room and that’s where I would watch her put on her makeup for church. I would literally just sit on her bed in full awe watching her. That’s when I fell in love with vanity, women, and the art of getting ready. Makeup can make you feel a certain way. My grandma would put blush on me and we’d head to church, and I felt like the baddest bitch there. Ready to pray my sins away! 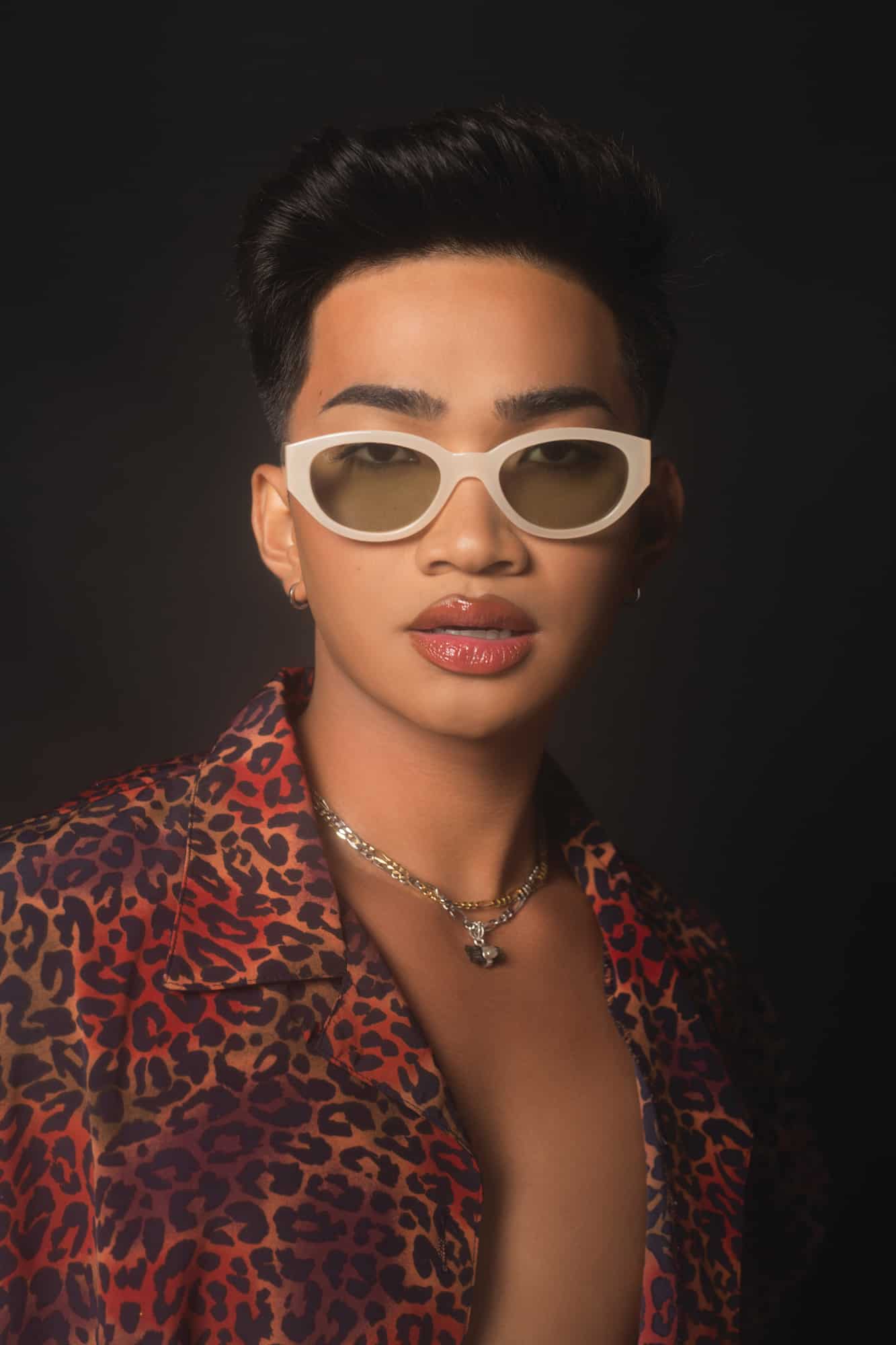 Did kids ever make fun of you?
I really do think it’s the power that my parents and my family gave me. My parents have always known I was gay. My whole life I was always encouraged to be myself. When I did go to school and kids would make fun of me, my personality was too strong to take s**t from other people. My weapons are my words.

Beauty is one of your verticals, but we heard you’re also filming an MTV reality show about your life.
I’m filming it as we speak. Everything is happening so fast. I go to work every day and realize this was just something I’d think about as a kid. I’m living my dream. It’s so surreal. I go to set every day and I’m in awe. I just know I’m made for the camera. This is my calling.

Is there a camera crew following you around?
It’s MTV capturing the content creator life and how it is in the islands. We can watch only so many reality shows filmed in L.A. It gets boring and repetitive. I don’t think anyone really knows what a content creator’s life is like when they’re away from all the L.A. bulls**t and mainland stuff. I wanted to bring in more of who I really am and the business side of Bretman Rock onto the show.

When people ask you what you do for a living, what do you say?
It depends on who’s asking. It’s hard to explain to older people what I do—especially my mom. I don’t even think my mom knows what I’m doing. My mom still thinks I have a lot of best friends and that’s why people ask me for pictures. I honestly tell people that I work online and let their imaginations run wild. If you think I do porn, then girl, run with it. If you think I’m an influencer, maybe I am. I say I work online when people who don’t know me ask.

Why do you think you’ve resonated with 35 million people?
I’m in the same industry as a lot of content creators. I don’t want to sound too cocky, but I think I’m better than most people. Honestly. It’s not because I’m more talented than them. It’s because I’m a real f**king person. I can’t say that about my colleagues. Some of them are so much about likes and followers and numbers. That’s not who I am. I’ve never let numbers control me. I can’t say that about other people. 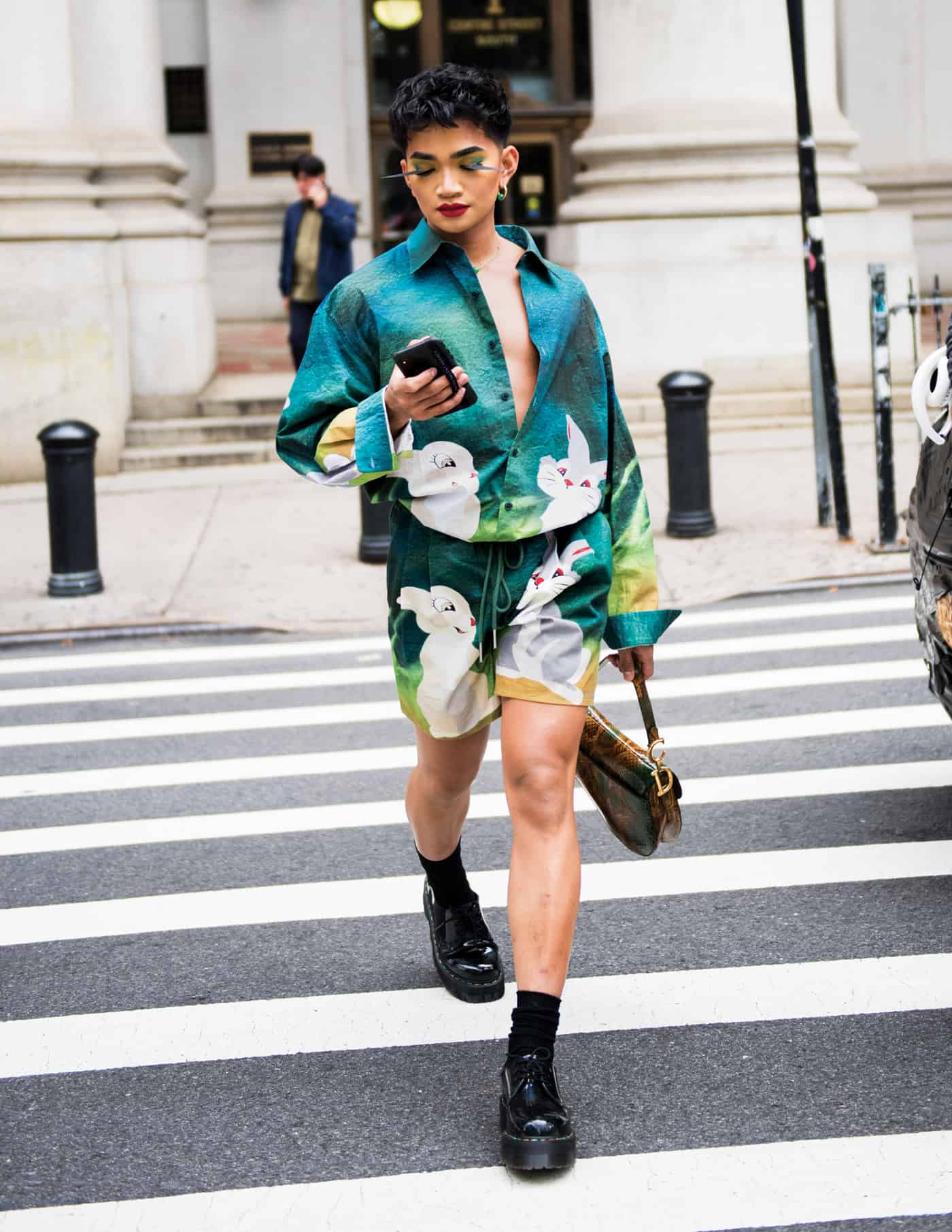 You’ve been to New York Fashion Week! What did  you think?
It was so surreal. I hated the flight [there], let’s not get that twisted. New York to me is such an inspirational city. I do miss the little things when I’m in New York, like grass.

We know you have collaborations with Dime Optics and Revolve out. Tell us about them.
It was an organic thing. Dime sent me a pair of sunglasses a few years ago that I wore once. I fell in love with the brand. I was like, let me do my first fashion piece with a new brand so I could grow with this brand. Then I met the Revolve team at Coachella and they came up to me and one thing led to another. The rest is history! (NOTE: The collection has already sold out, but will be restocked.)