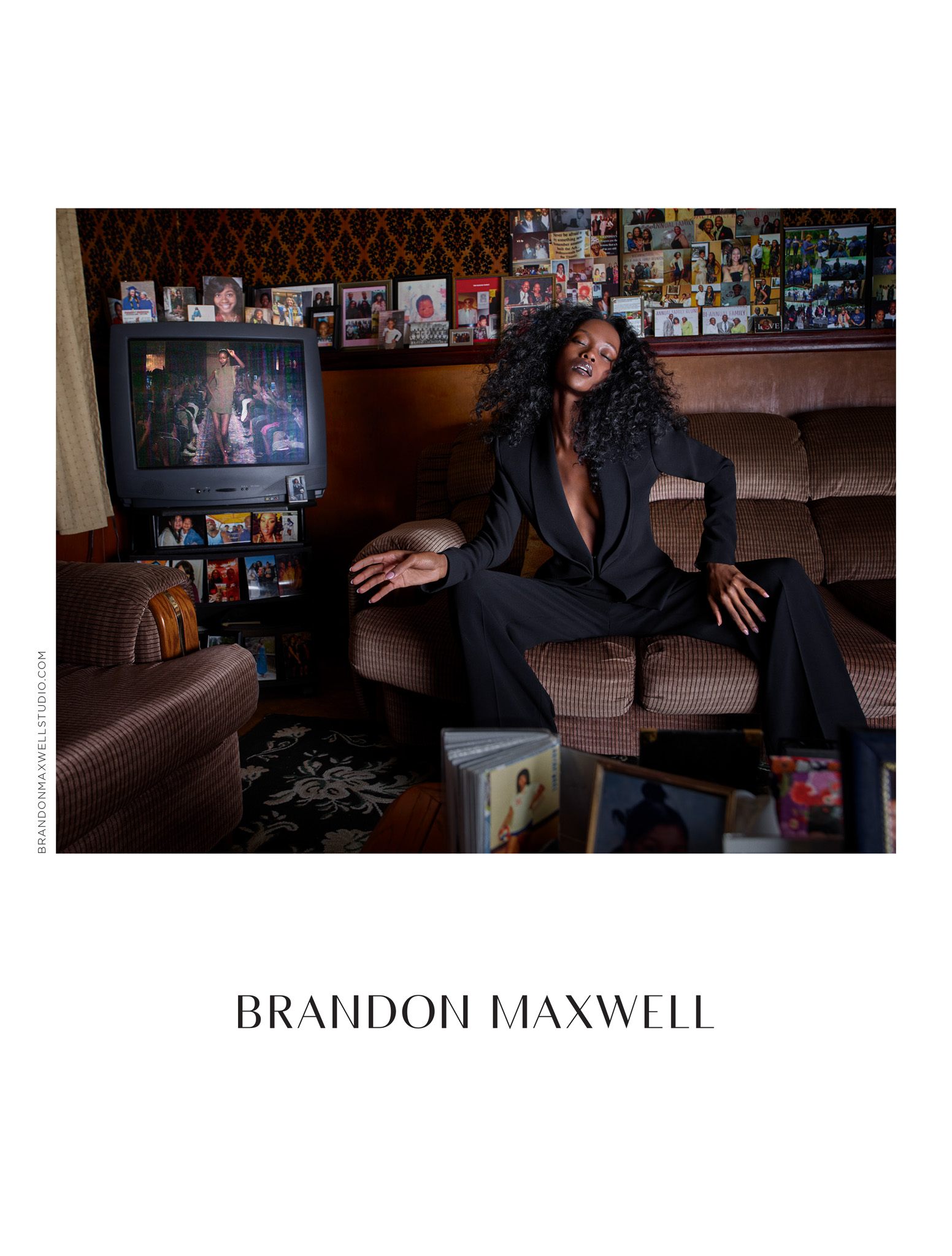 Riley Montana is the star of Brandon Maxwell’s second campaign, and it is just as touching as his first. For his premiere campaign, Maxwell collaborated with Jessy Price on a very personal film that let fans in on his emotional rise to the top. It featured voicemails his family had left him throughout his first year creating his label.

Following up on that emotional campaign video, Maxwell tapped model Montana—who stole the show with her twirls on his Spring 2017 runway—to tell her own story about rising to new heights.

The film follows Montana (née Ebony Riley) as she visits her family in her hometown of Detroit. Clad in designs by Brandon Maxwell, Montana shows us her past and her journey to becoming a high-fashion model.

“I remember hearing in school that each time we see a star’s light, we’re seeing its past and if you were able to actually travel to where that star is, you get to see its evolution from the moment its energy was released until the moment it reached our sight,” Montana said in the film. “When I was a little girl, I wished on countless stars not realizing I carried that same energy. I’ve been taken away, disappointed, and thrown into a new atmosphere that asks me to distance myself from my past and be a new star. One that was more relatable and one that didn’t offend.”

While Montana’s life in Detroit is a far cry from the runway, the film shows her surrounded by love from her mother, sister, niece, and extended family. One scene shows the family gathered around a TV as they watch Montana strut down the runway at Brandon Maxwell’s show and another as she walks down the aisle at her local church.