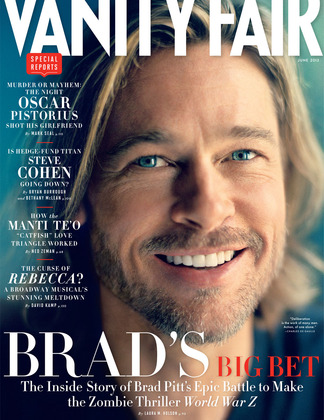 A mature looking Brad Pitt covers the June issue of Vanity Fair with a tell-all of his “epic battle” to make the zombie thrilled World War Z. (Ironic title with all that on-set drama!) Our friends over at Vanityfair.com have also put together a photo gallery of all of Brad’s numerous covers including his first Annie Leibovitz appearance in February 1995. Fun fact: Cathy Horyn interviewed him for the November 1998 issue where he told her that he mourned his breakup with Gwyneth Paltow explaining: “I believed.” Ancient history.

Vogue and Wired Are CondÃ© Nast Entertainment's Next Vid Pursuits