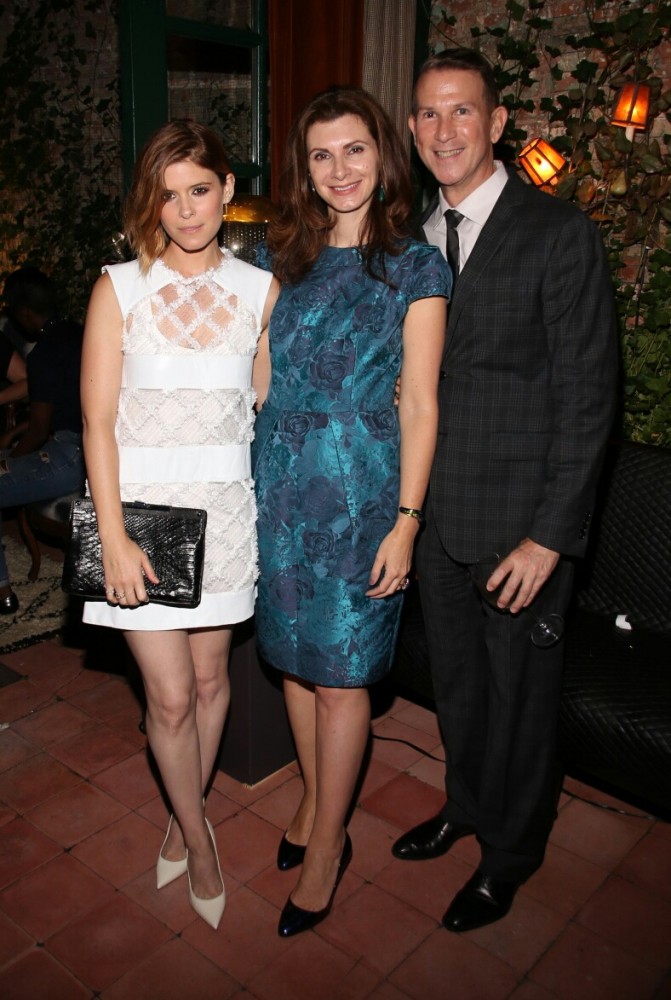 In 2013, Monica Botkier found a business partner in Tony Cheng, who invested in her company after Botkier had been running it on her own for a decade. In August, Botkier New York unveiled the label’s first-ever multi-channel advertising campaign, a major design update, and new headquarters on 37th street in Midtown. To celebrate, the brand threw a bash last night at The Waverly Inn with guest of honor Kate Mara, who looked chic in a white mini dress as she discussed over dinner her upcoming plans to move to New Orleans’ Garden District to shoot an upcoming film. Also on hand to celebrate: Botkier and her new CEO, Gene Berkowitz. We caught up with Botkier to find out when she started planning all of the big changes. Plus! We heard from Berkowitz that the brand eventually plans to roll out shoes as well as a ready-to-wear line.

When did you decide to take Botkier to the next level?
When I first started, I was so excited by the momentum and having done something new in the marketplace and I was truly the customer, it was all about keeping up with it. About five or six years in, around 2008, I realized there was strategy, business planning, and building that needs to happen, so I started to look at it then. But then, of course, the economy collapsed at the end of 2008, so I put that on pause and just refocused on doing what we do best.

What did you learn about brand building during that time?
I learned a little bit about price points and how to adjust myself to the new market. At that point, the idea of what kind of partnership I would need also kind of came to me. So in 2010 or 2011, I started to “date”, as they say in M&A, and we really did this deal in 2013. It took a while. We were quietly integrating into Botkier New York behind the scenes, so that’s why we started launching a year more or less after we closed the deal.

Was it scary to bring someone else into the fold?
It was! My independence was something I was so proud of. Botkier had more of a reputation, meaning it was known more than just being a tiny brand, so it was a real point of pride for me. The market had become very black and white. It was giant brands and us, and then a lot of really cool smaller indie brands. I was really proud of it, but I realized that we couldn’t just stay the same. Once people see you as somewhat of a player, it requires strategy, funding, expertise, a bigger team, advertising dollars, all of that stuff.

How did you find Gene?
He had a great reputation and was well known by Tony Chang. They go back a while. The moment I met him, I was like, “Oh, he’s amazing!” He comes from bigger businesses, but he really has the sensibility to really appreciate Botkier, because we’re always going to be more special. Even though we are growing, we are not going to be mass.