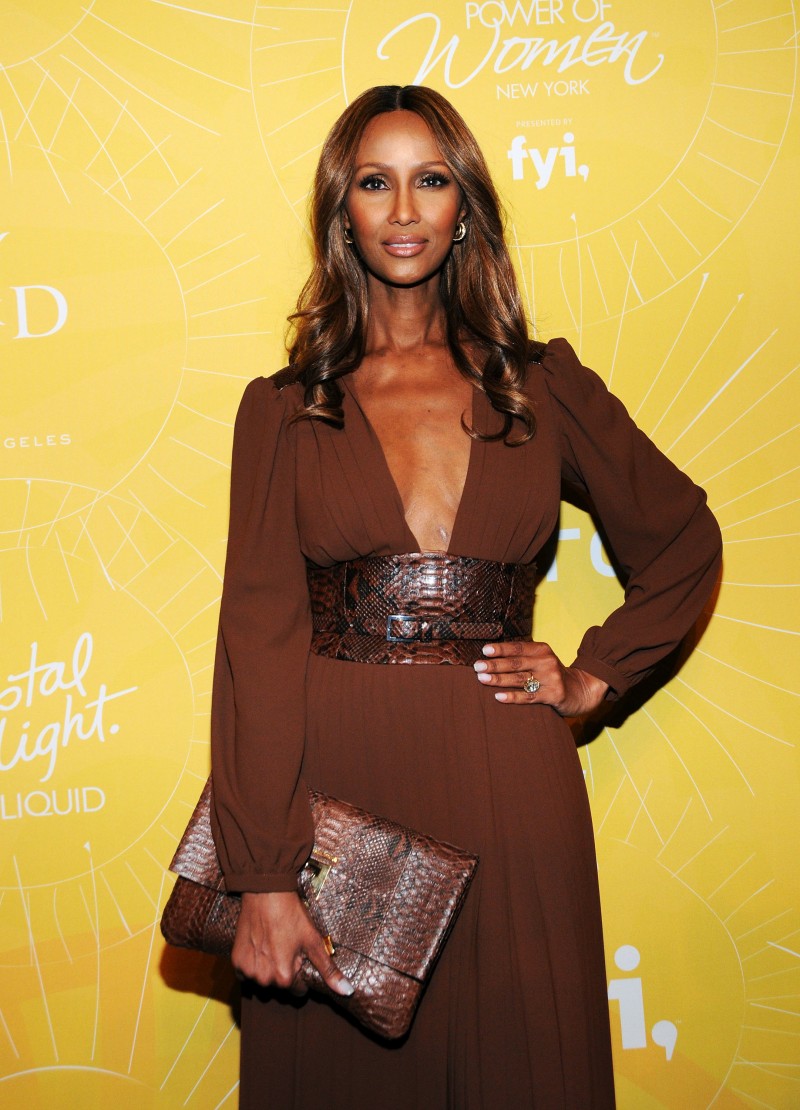 Iman, legendary model and founder/CEO of the namesake beauty company, turns 60 tomorrow, so get out your Iman Red lipstick and pucker up to celebrate the ageless beauty!

Undeniably one of the first top models, Iman began her career in 1975 and quickly shot to the top, booking her first assignment with none other than Vogue the following year. She rapidly became a muse for many, like Yves Saint Laurent, Versace, Calvin Klein, and Donna Karan, posing before the lenses of Helmut Newton, Richard Avedon, Irving Penn, and Annie Leibovitz.

In 1994, she launched Iman Cosmetics, the first cosmetics and skincare collection specifically for all “Women with Skin of Color,” the official tagline. Not only an entrepreneur, Iman also dabbles in charity work (Save the Children, UNICEF, Dr. Hawa Abdi Foundation, and Hope for Congo); publishing (I Am Iman was released in 2001 and The Beauty of Color in 2005); handbag and accessory design; and home décor (Iman Home). And let us not forget, she’s wed to the one and only David Bowie.

Follow @ImanCosmetics to check out the brand’s birthday-related giveaways throughout the week.