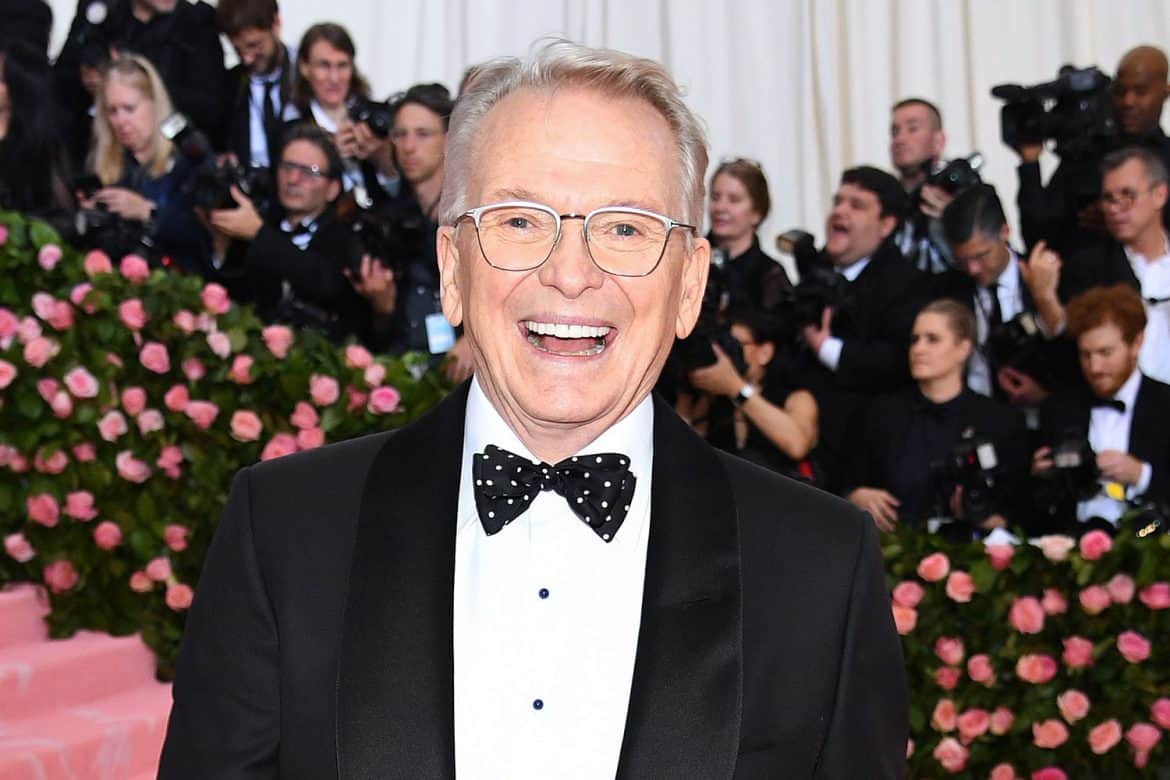 Several fashion designer’s whose work is featured in the Met’s new show, Camp: Notes on Fashion, got a sneak peek of the exhibit yesterday. The legendary Bob Mackie was among them. The Daily caught up with the costume and fashion designer, discussing the CFDA, his famous clients like Cher and Carol Burnett, and why he doesn’t care for Project Runway. 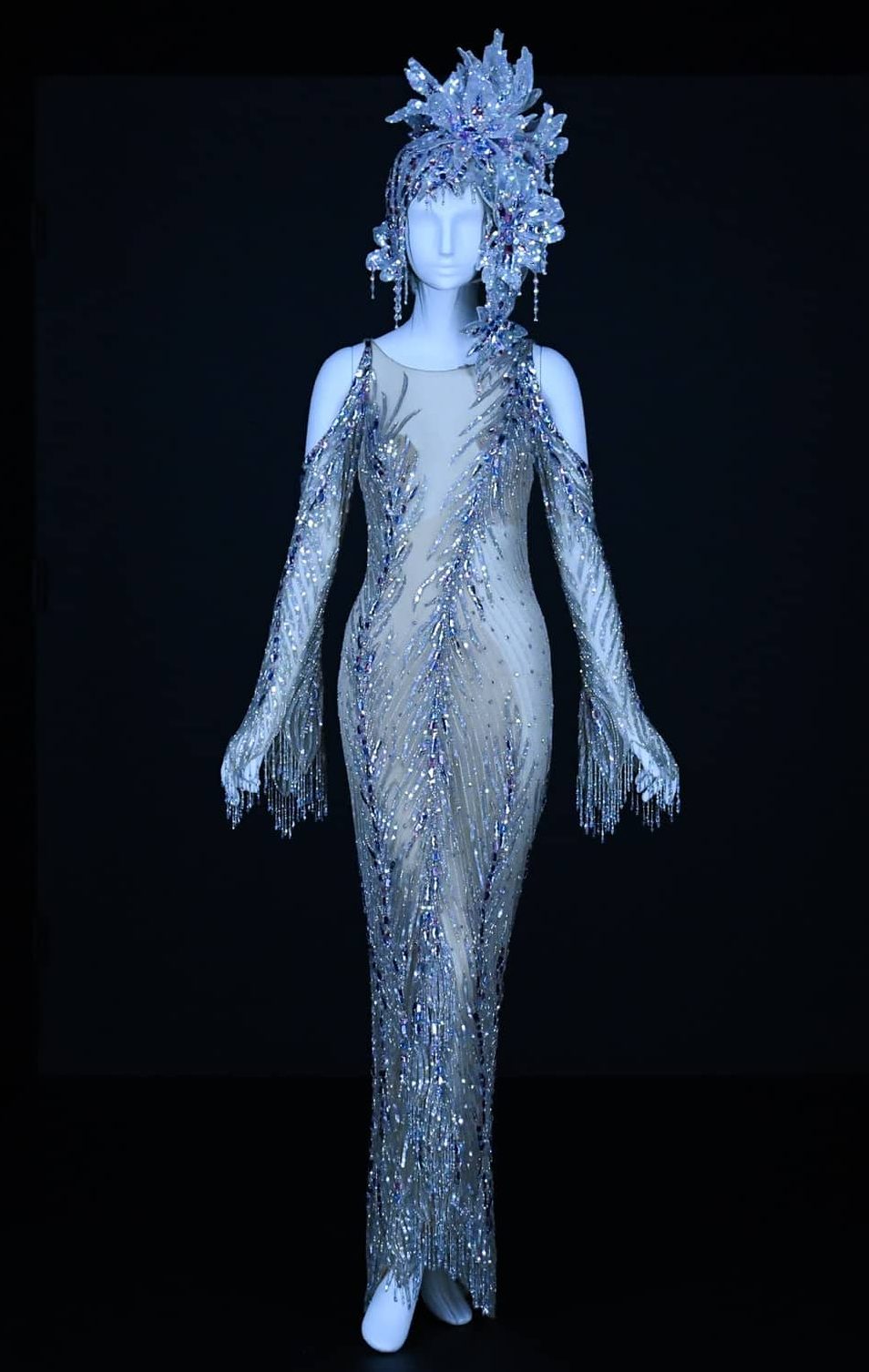 You’re getting the Geoffrey Beene Lifetime Achievement Award from the CFDA next month!
I am, isn’t that crazy? I feel like I’m old enough. They gave me an award for “exuberance” [in 2001]. I kind of stopped doing ready-to-wear. I got really sick of it. So I was thinking, that’s nice, they gave me an award. I’m through with that. So all of a sudden this came up, which I’m delighted. It’s fun! I’m like, Oh, they’re finally appreciating me! [Laughs]

Speaking of exuberance, what do you think of the Camp: Notes on Fashion exhibit?
Some things I adore and love. Some things I look at and go, ok. It’s coming from so many different designers and approaches of what camp is. It’s such a hard thing to [define]. When I started in the business in the early ‘60s, all these people were saying “Oh darling, it’s so campy.” I was a sketch artist for other designers and I had no idea what that meant. As I talked to many people I’d hear it again and again, I figured out what it meant. And then I thought to myself, I can do that. It’s like doing fashion that’s a little bit of a wink and a nod. A little tongue in cheek, and a little humorous. It makes you smile.

Speaking of humor, you worked with Carol Burnett. What was that like to do costumes for her?
Fabulous because she played characters, all kinds of different characters. She could play any level of society. She would play funny, or very normal — normal women who just got in to all kinds of trouble in a sketch. And she welcomed my opinions about things and how she should look. Sometimes [the script] would only say “woman walks in to a bar.” And then you’d have to try to figure out, well who is this woman? What do I put her in? Where is she from? I had to sort of figure those things out, because it was never clear in the scripts most of the time.

Today I was looking at everybody’s shoes. Carol has the best legs and feet. She knows how to be funny with her legs. I always looked for shoes that would make her legs look horrible. And I’ve seen a lot today. You know how fashion people…they love those funny shoes. And it is camp day.

Who was creatively your most demanding client? Who pushed you the most?
Nobody really. I kind of went for it. When I met Cher she was a young girl. She didn’t know half the periods or the cultures that I was dressing her up in. But I would bring in books and show it to her. One time I brought a book in of beautiful movie stars of the ‘20s and ‘30s. Just a whole huge book of it. I showed her the makeups and everything. And I came in the next day and her eyebrows were one line! She couldn’t help herself. Thank god they grew back in and she still has beautiful eyebrows. In the ‘70s all of a sudden everybody had these [skinny eyebrows]. A lot of them don’t grow back.

Did you expect her Oscar outfit with the giant headdress to become iconic?
No. I was saying, “Are you sure you want to wear this? I mean, you’re giving an award, aren’t you pulling focus?” She said, “No, they’ll like it.” They still print that damn thing. In The Cher Show which is running [on Broadway] now she walks out in the same outfit, the audience applauds. They know it so well! Every year they go red carpet fashion, and they either think it’s the worst thing ever done, or the best thing ever done. Depends on who they are. 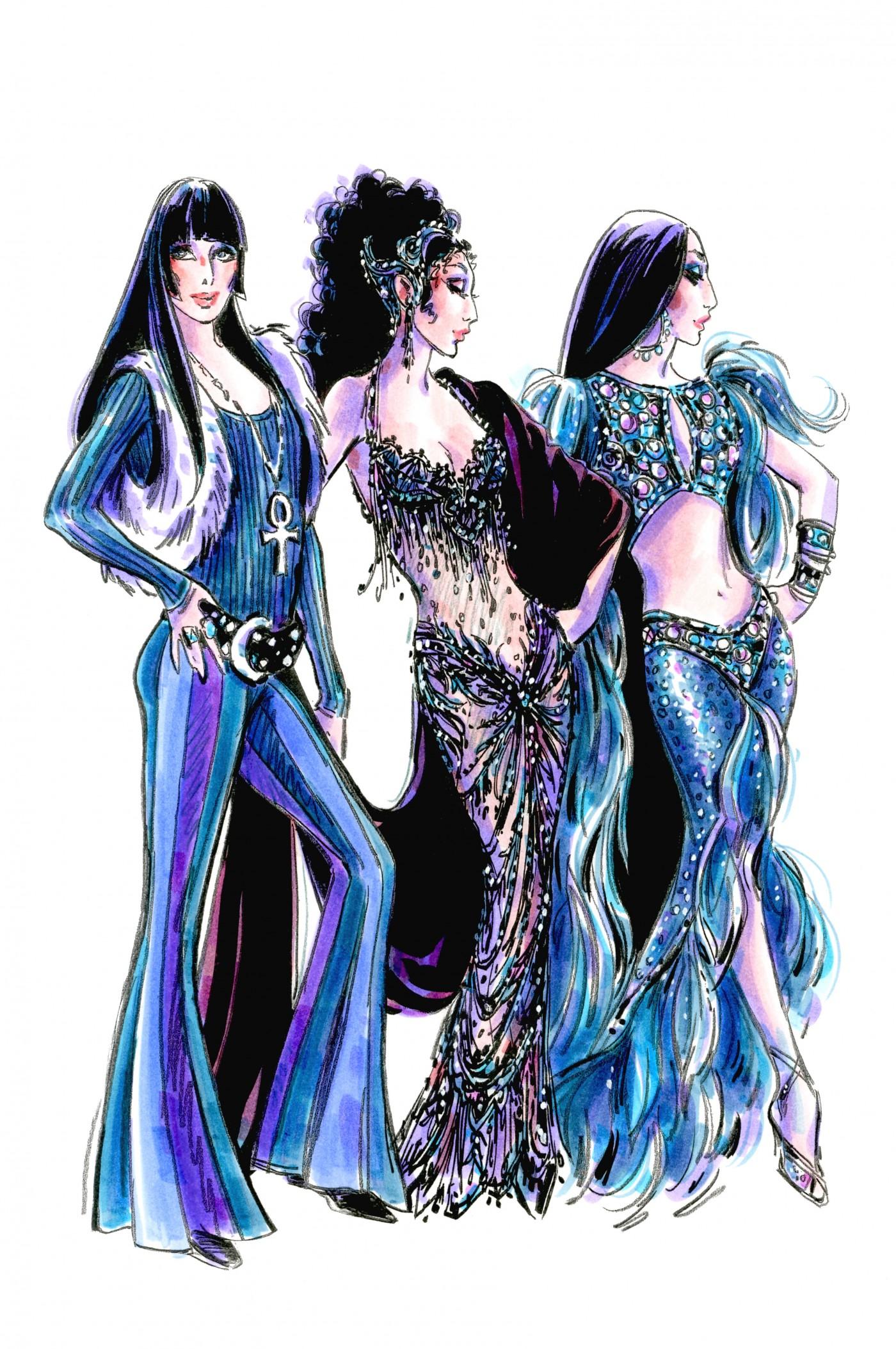 Bob Mackie designs for Cher over the years

What young designers excite you today?
I don’t think of him as a young designer because he’s been around for a while [but] Christian Siriano. When he was doing Project Runway, he was the only one on that show that ever knew how to do anything. Really fine, fine craftsman, and got it done before anyone else. It was a silly show, it became a sewing contest and that’s not what it should be. I could never make some of the stuff that I’ve designed. But I knew what to tell [atelier workers] to do and how to work with them.

Do you think the technical side limits people’s abilities to create?
Well when I was in design school and I had to do fashion shows, I never did anything with sleeves because I just couldn’t get them in right. And finally the sewing teacher took mercy on me and helped me. I could [design] it beautiful, but to fit that tight sleeve it was hard for me. I didn’t start sewing until I was past college really.

What are you wearing to the Met Gala?
Mr. Tom Ford decided to gift me a tuxedo. I’ve never in my life been given anything like that!