Birdcage Lands At Lord & Taylor With A Swanky Soirée 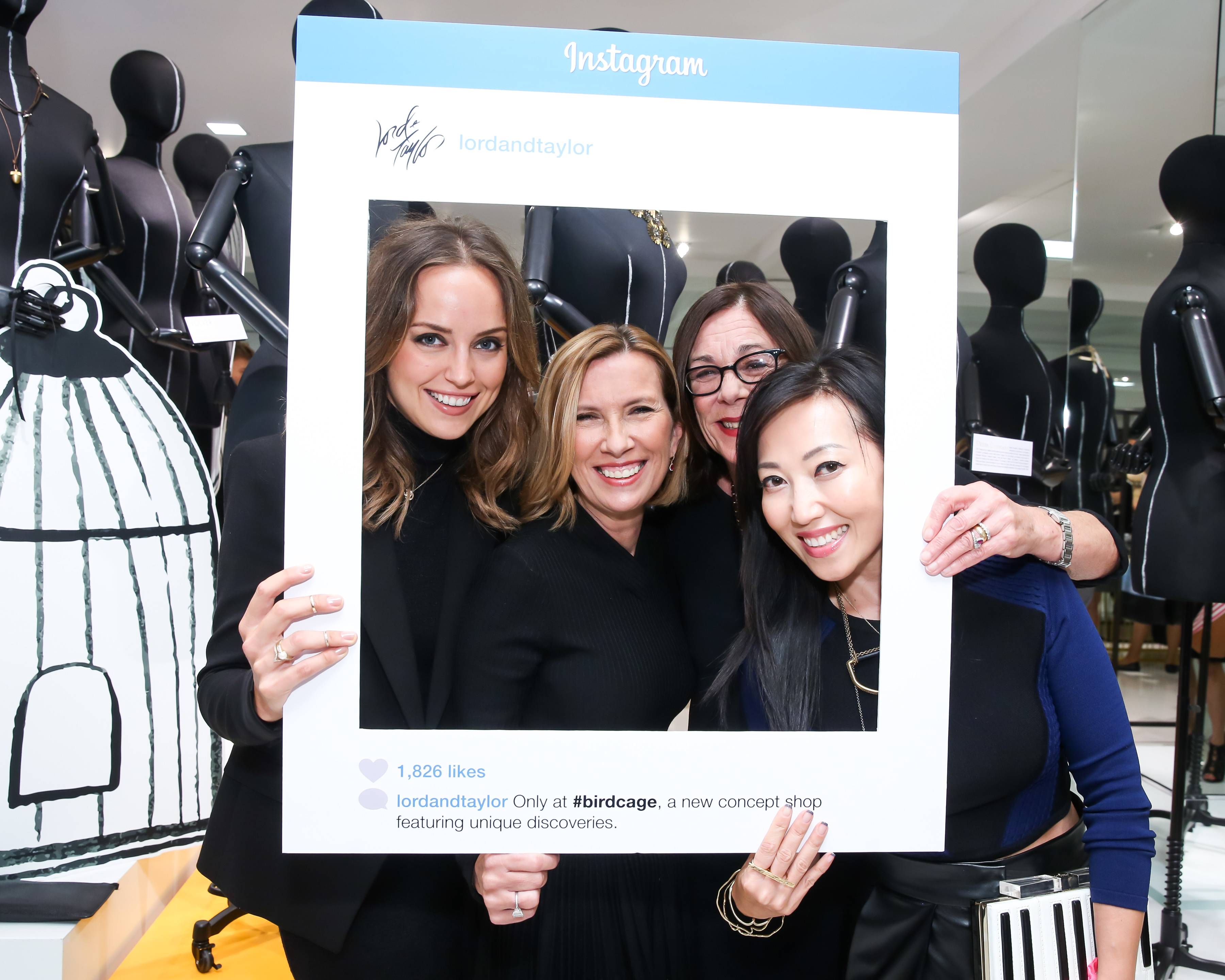 Lord & Taylor’s latest endeavor, revealed! Last night, the department store launched their Birdcage concept shop. “Birdcage is a nice harkening back to the past, but it is also bringing new fashion forward,” said L&T’s president, Liz Rodbell. “Part of why I really wanted to launch Birdcage this year is that this is the 100th anniversary of Lord & Taylor in this location.” There’s a very local spin to the Birdcage conceit, as it’s stocked to the brim with many New York designers, including sparkling baubles from Alex Woo, rustic home accoutrements from Joya Candles, and cushy bags from Marie Turnor Accessories. On hand to celebrate all this shopping with Rodbell? The store’s VP and fashion director, Stephanie Solomon, mingled with O, The Oprah Magazine‘s Adam Glassman and People StyleWatch‘s Susan Kaufman, plus The Glamourai’s Kelly Framel and Bag Snob’s Tina Craig. As it turns out, Craig has been a Lord & Taylor fan for quite some time. “My first memory of Lord & Taylor was coming here to do some back-to-school shopping. I always wanted a tartan skirt, a sweater and a nice plaid jacket too,” Craig recalled.

There’s some history behind the Birdcage name: it was formerly the tea salon housed on the fifth floor of the New York flagship. And while the original Birdcage closed 30 years ago, Solomon still has fond memories of the iconic resto. “My grandmother used to lunch at the Birdcage,” Solomon said. “I remember they used trolleys inspired by Italian race cars to deliver the food, and on every seat in the restaurant was a tray with a complimentary cigarette. How controversial is that?” While the cigarette concept might be stuck in the past, it’s clear to see that the new Birdcage is as modern as can be.