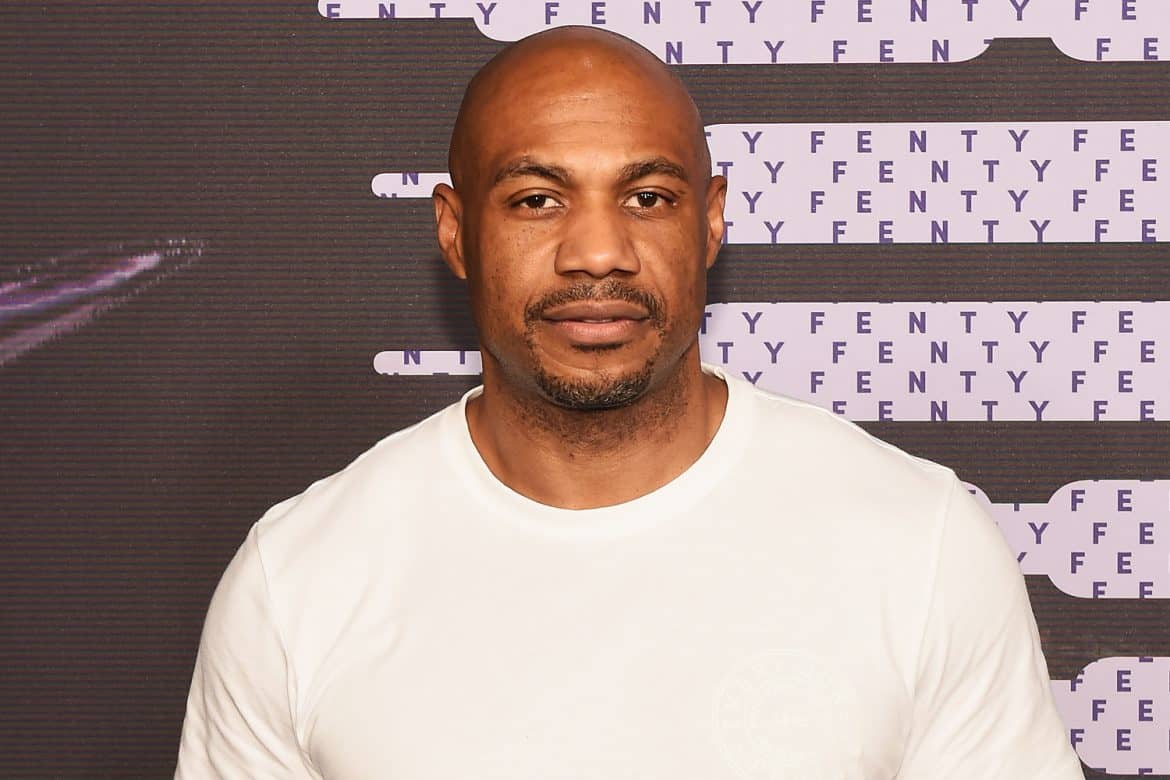 Having signed Brooklyn singer, songwriter, rapper SAINt JHN and returning to the music industry, Kareem “Biggs” Burke talks about how relationships matter and paying it forward to change lives, all while being the “Coat G.O.A.T.”

Your full name is Kareem “Biggs” Burke. Where did the nickname “Biggs” come from?
I got that when I was probably 12 or 13, just doing the things that all the older guys were doing.  Being from Harlem, it’s probably nothing that you should be doing [laughs]. So, they used to say, “You’re too grown, too BIG for your age.”, and then Biggs kinda stuck.

You’re a pioneer in the music industry and a co-founder of Roc-A-Fella Records with Jay-Z and Damon Dash. How did this music mogul triumvirate operate?
It was a three-pronged approach. We all played our roles really well. As far as titles, I was Chief Consulting Officer. Jay was the COO. Damon Dash was the CEO. But we came collectively to make all decisions together. Early on, I probably brought the lifestyle to it. The fashion, the drinks, the cars, the jewelry — the type of things that made us ‘ Roca Fella’, and what Jay rapped about. At the same time, the honor, loyalty, and brotherhood are the things we wore on our sleeves and our hearts. So that’s what Roc-A-Fella encompassed.

I read that you believed in Kanye West before anyone else. Is that true? What about him grabbed your attention?
When you say “anyone else,” that would probably mean Dame and Jay, not Hip-Hop. I lived in the studio a little more than Dame, and probably as much as Jay. The difference was that I was in there with other artists. I’d spend time with Kanye and got to really hear the music. He would tell me his vision and where he wanted to take it, what the next two album and singles were as well as the names of the albums. I just thought it was something so different and far left, that it was attractive because the music was still quality. And he was just being true to himself, which we always encourage everybody at Roc-A-Fella to do.

Was it a similar feeling meeting your new artist SAINt JHN?
It was exactly the same thing! It’s almost identical. When I met SAINt JHN and got to hear his music, he was telling me his vision. He also had the names for his next two albums. He had the singles. And he actually doesn’t know these stories and what happened with me and Kanye. So, I’m just listening. I’m just looking at him, smiling, like this proud big brother. I’m thinking, Wow. This guy doesn’t even know. He’s on the same trajectory of where Kanye was. And I do believe that he’s just as talented as a creator. Whether its fashion or music, and also just having that visual identity to step out the box and not afraid to be himself. 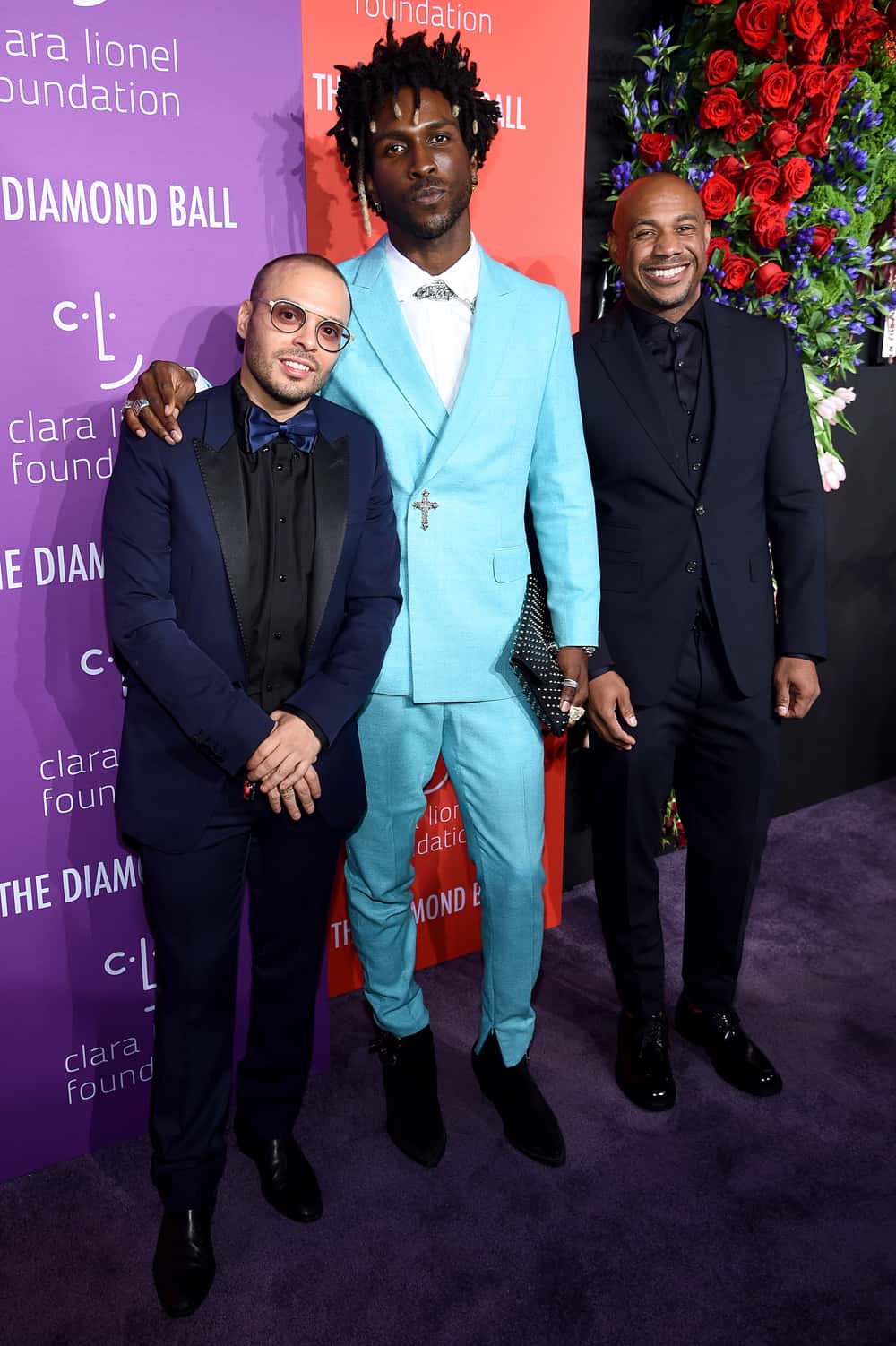 In 2017 you said in a Breakfast Club interview that you “didn’t have the passion to do music anymore.” What changed your mind?
I probably had done 15 interviews and was really adamant about never, ever touching music again. If they would ask me that question again, “If you found Kendrick [Lamar], or Drake, or Jay Cole, would you step back in music?” The answer might have been different. You don’t run into a superstar every day. It’s very rare. That’s why there is only one Michael Jordan, and one LeBron [James]. We always look up to these greats.

I truly think SAINt JHN is going to be one of these greats, and it just kinda fell into my lap. On top of that, I’m big on relationships. He and I building a genuine relationship before we did business was something that really made me feel comfortable about doing something long term with him. It’s important to have people around you that you want to be with, want to work with.

You always sport the hottest outerwear. I’ve heard people call you the “Coat GOAT.” Why are coats your statement piece?
Everybody has something that’s a statement piece. I love outerwear, and I just love that you can dress it up or down. You can wear a coat with sweatpants or a suit. I just look for pieces that stand out. Coats are my stand out piece. It got coined and people online started calling me the “Coat GOAT.” Which is flattering and, humbling. I love it though.

What is the most coveted coat in your closet?
Anything Margiela!

You have had an incredible career across entertainment, fashion, film, and TV. What are you most proud of?
When I see people that worked for me and they got something out of it — some form of success. Whether it’s a message that helped them change their lives, that’s a snowball effect in terms of them changing other lives, or them succeeding in business. I love to see people with me succeed, become bosses, and become moguls and own their thing. That puts a huge smile on my face.

What is the lasting impact that you want to have?
I want to have a snowball effect that actually changes lives. Even with some of the films and TV projects that I hope to be getting into, I want them to create a dialogue that changes the things happening in our communities. A lot of times you don’t really look at, or reflect on, how you grew up, the things you had, and what that can do to change other people’s lives so they never fall victim to their circumstances. That’s what’s important to me.