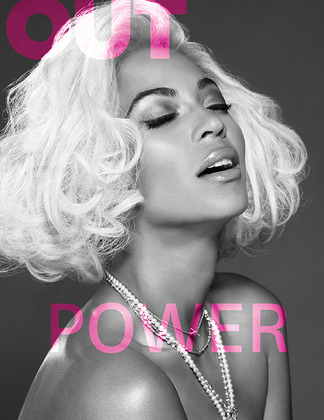 A blonde Beyoncé covers the latest issue of Out magazine shot by Santiago and Mauricio. Inside she reveals her fears about releasing her secret album, BEYONCÉ, in December. “I was recording, shooting videos, and performing on the tour every night, all at the same time,” she tells Aaron Hicklin. “At some point I felt like, What am I doing? Is this too ambitious? Even the day the record was to be released I was scared to death. But I also knew if I was that scared, something big was about to happen.” The new issue hit stands on April 22nd and you can head over to Out.com for two exclusive remixes of “XO” and “Blow.”

Who's Out? Meet Aaron Hicklin