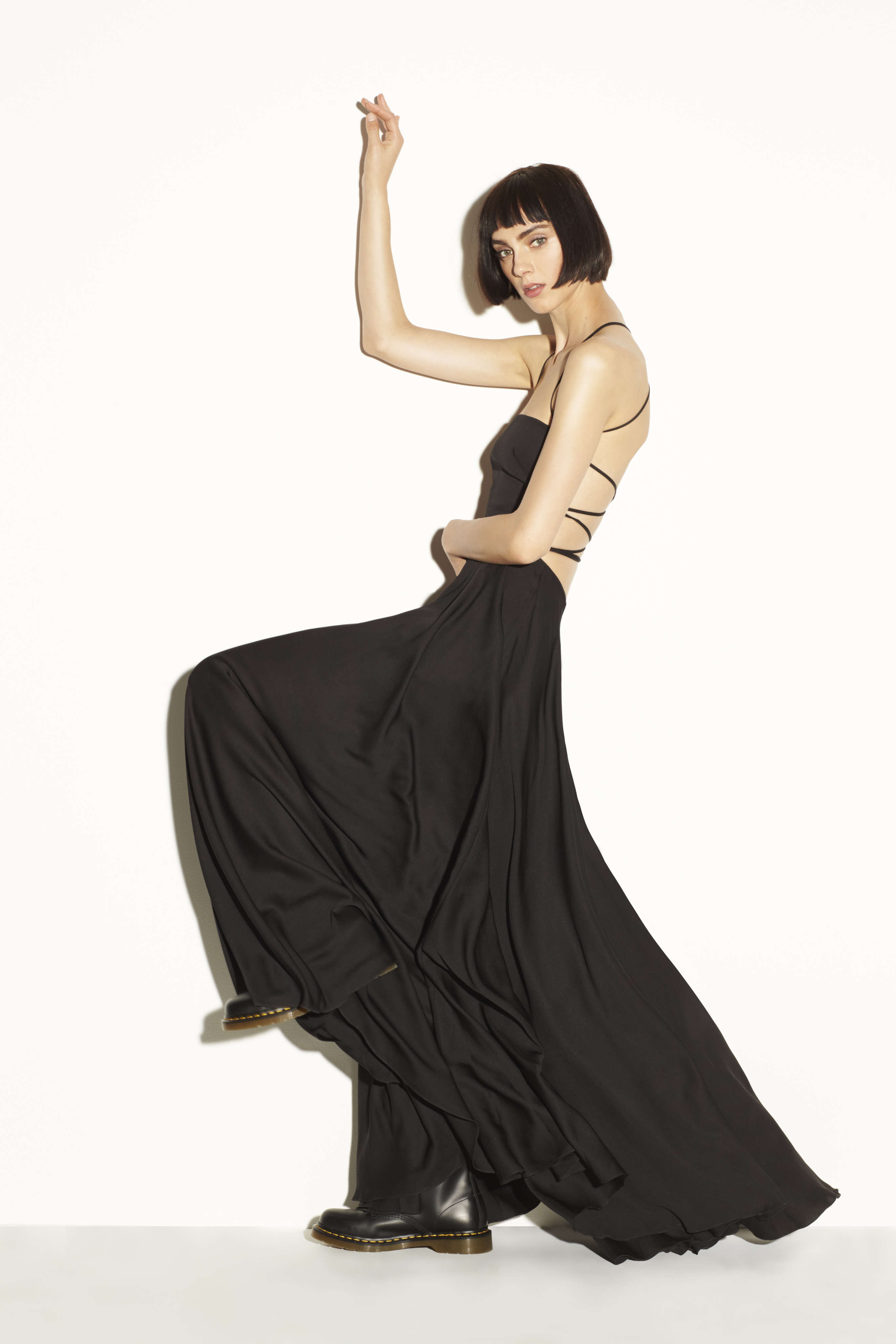 Many designers this season have been citing “power women” as inspiration. And while there’s nothing new to that notion, each designer has interpreted it with different meaning. For Michelle Smith’s Milly woman, she’s tough on the outside but still likes to add those soft feminine touches. Rebecca Taylor’s woman is quite the opposite: She’s secretly fierce; while she might look like she’s sacharine, she maintains that underlying cool girl appeal. As for Nicole Miller? Her clientele is decidedly younger, and is probably just beginning to figure out what being a power woman entails, but has the kind of edge that makes florals look retro-cool instead of cute.

Label: Milly
Inspiration: “It’s about raw femininity and there’s a sexy androgyny to the collection. I love that there’s a certain fluidity to the fabrics I’ve chosen, but there’s also precision in the cut. This woman is beautiful, but be careful…she might cut you! I really enjoyed designing this collection. As a female designer, I’m always trying on my own clothes and test driving everything myself so it’s always a very personal expression.” —Michelle Smith
Highlights: Oversized sweaters to be lived in, menswear tailoring mixed with flowy dresses and skirts, slouchy trousers, and versatile vests that double as dresses.

Label: Rebecca Taylor
Inspiration: The ’40s influenced this collection. The designer told Vogue.com that she recently read Kristin Hannah’s The Nightingale, a book based on the women involved in the French resistance during WWII.
Highlights: Lace details that look particularly cool when paired with cropped patchwork jeans, Taylor’s requisite floral prints worn with palazzo pants, and cut-out shoulders with ribbon detail, making for a fresh new take on the trend.

Nicole Miller Wants You to Shop With...