Kate Betts On Her New Memoir ‘My Paris Dream’ 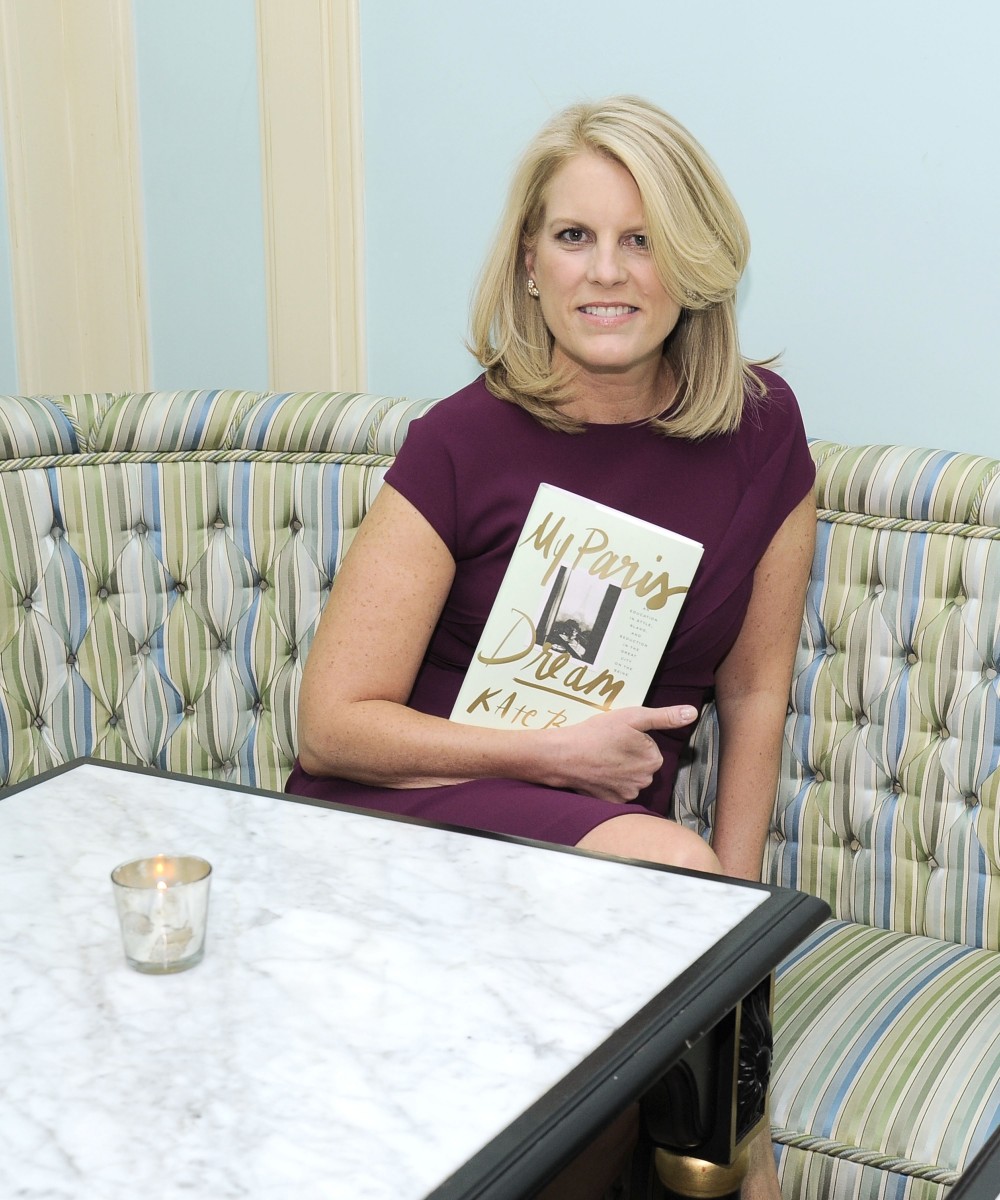 Before Kate Betts spent years as Anna Wintour’s protégé or served as the youngest EIC in Harper’s Bazaar’s history, she was a young reporter making her way in Paris at John Fairchild’s Women’s Wear Daily. In her new memoir, My Paris Dream, Betts reminisces about her salade days abroad.

What was the biggest challenge of penning a memoir?
Learning to write in a different voice. I never thought that I could write about myself as a third person character or describe secondary characters, who are people I know so well, in a way that would make sense to strangers. Then there was the emotional part—I had to find myself at that age again. I had to think about who I was then, how I thought, and how I approached the world. I read every memoir—and book about memoir writing—I could get my hands on.

Was it hard to remember the scenes from your early twenties?
I have an amazing trove of memorabilia from that time—a journal, letters, photos, invitations to parties, menus from dinners, and my Fairchild archives. I also went back to Paris three times and retraced my steps quite literally. I reconnected with a lot of old friends. Some of them I see pretty frequently, and others I hadn’t seen in a long time.

What did the book make you miss most about Paris?
First of all, it made me realize that I can never fully recapture that time in my life. It made me nostalgic for that period of wandering, and that freedom. But what I miss most about Paris is the city itself. Even its grittiest part seems so civilized compared to New York.

You address the difficulties of assimilating into French society. What made you stay?
I felt like I had to make it work. I had taken a big risk, and I had really talked it up a lot at home. I really wanted to be successful. It’s a totally irrational thing, but when you’re young and trying to figure out who you are, there is a lot of peer pressure from competitive friends.

Was John Fairchild an intimidating figure to work for?
I was never afraid of him, but we had to be on our best behavior around him. He was very much in the scrum with everyone else at the office. But when he would get mad, everybody would freak out, mostly because it meant they had to reshoot a story.

Has WWD changed a lot since Fairchild’s reign?
What made it powerful at the time was the voice of John Fairchild. Even after he retired, a lot of the people working there retained their training from him and understood that voice, and in a way, Condé Nast preserved that, but now it’s changing, so I don’t know.

He made Karl Lagerfeld pose for a photo eating a Big Mac!
Karl wanted to do it, because first of all, Karl has a sense of humor. He played along with it instead of fighting it, which was smart.

You once reviewed a fashion show without Fairchild’s approval. Were you scared you might get fired?
I thought I didn’t care until I got in trouble for it! I don’t know why I thought that I ever had the chance to sit at the proverbial table with [Fairchild and bureau chief Dennis Thim], but I was naive. I thought hard work meant there was a payoff, but there was only a ceiling.

You claim to have lost your personal life in Paris, but when you moved back to New York, you went straight to Vogue.
Yes, but I was willing to lose my personal life for that. New York had a different pace and intensity, and yet it was not as intense as Paris, because I wasn’t working for a trade publication, so the coverage was a lot more focused. I didn’t know I was going to be in fashion forever—I still harbored dreams about something else working out. But at Vogue, I was like, “Okay, this is it.”

You’ve worked for two of the toughest bosses in the business. How has that shaped your career?
They were relatively good to me and taught me a lot. In a way, Fairchild and Anna are similar in terms of their expectations of others and themselves. They are two of the best people in the business. I really learned how to report from Fairchild, and Anna gave me the gift of freedom.

When you first got to Vogue, you cried in your office. Did you want to return to Paris?
Every day for like three or four months I thought, “Oh, my God—why did I give that up for this?” It was a huge cultural shift to move from WWD to Vogue. Vogue was such a different place—I had gone from managing people to writing captions. I had to work my way up at Vogue and I did.

Can we expect another memoir about the second half of your career?
Never say never, but I doubt it.