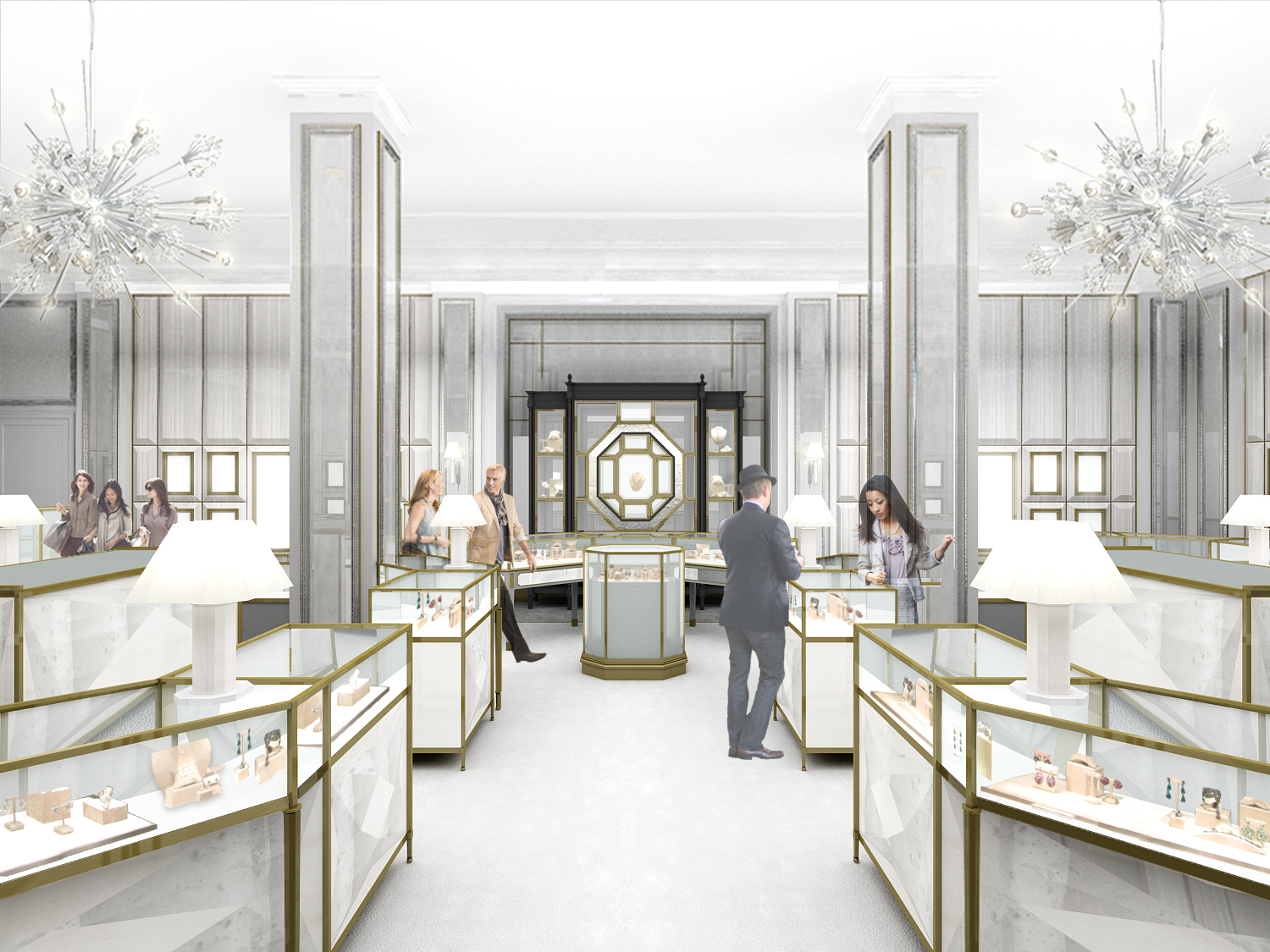 In 2013, Bergdorf Goodman announced that it would undergo major changes and renovations under president Joshua Schulman. Finally, some of those plans are coming to life. With SVP, women’s fashion director and store presentation Linda Fargo, Bergdorf unveils its renovated jewelry salon on December 12. It’s the most significant makeover for the retailer since the 1990s, according to a press release.

Fargo conceptualized the salon’s design with architect Michael Neumann. Historical architectural details have been refurbished and new touches inspired by 1930s French Moderne elevate the space. Plus, a specially created private room lets clients view special pieces from designers in an exclusive and intimate setting. “Both quiet and glamorous, the new Bergdorf Goodman Jewelry Salon will house exceptional designs in some of the most precious materials in the world, from some of the most talented names in the business,” said Fargo. “Yeprem, David Webb, Sylva & Cie, Loree Rodkin and Nikos Koulis are just a few of the exclusive offerings in our new glimmering salon.”

The space, which was created to enhance the 57th street corridor, will also carry designers like Lorraine Schwartz, Buccellati, Kimberly McDonald, Stephen Webster, Jamie Wolf, and Federica Rettore, to name a few, as well as watches from Piaget and Bulgari. New designers available at Bergdorf include Yannis Sergakis and Daniela Villegas.

Recently, the luxury retailer announced that its women’s department will also see major renovations. Plans include expanding the department by 25,000 square feet, taking over the 8th and 9th floors. Those renos will wrap up come 2018, with ongoing touchups carrying into 2020.