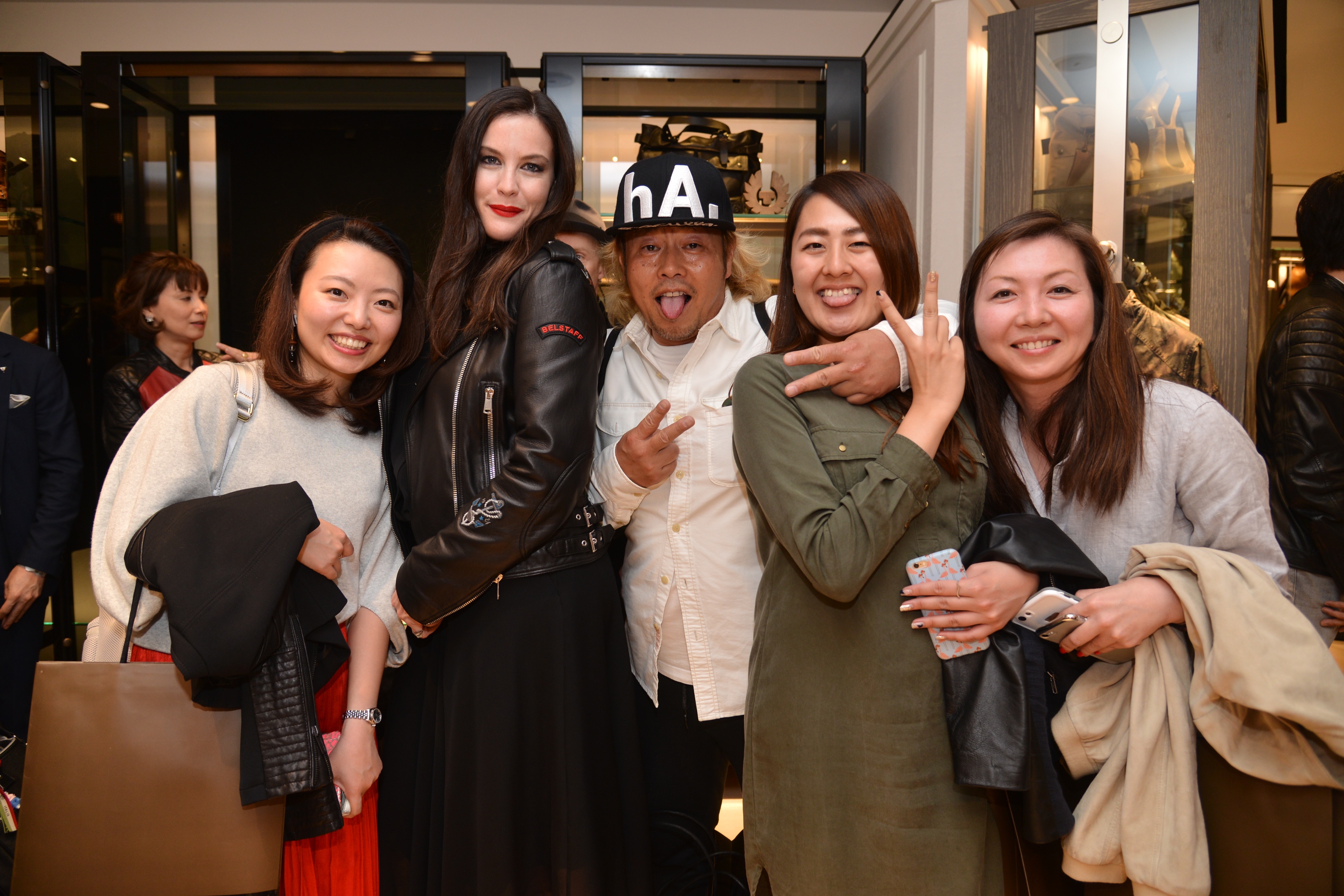 Belstaff opened its first flagship in Tokyo’s Ginza district in what is known as the Ginza Six, which includes 4,700-square-feet of retail space. The Belstaff store will be the second largest retail space in Asia for the brand, second to Macau, and will be the largest retail launch since its flagship on New Bond Street in London. The store features black chrome, limestone, and lightwood throughout and a new LED lighting system that highlights the brand’s fabrics. A capsule collection of lighter weight pieces called the Ginza Capsule and an exclusive Ginza leather jacket will be sold only in the new Tokyo boutique alongside a unisex eyewear collection made from the finest materials in Japan, which is known for its exceptional artisanal eyewear. A motorbike glass table greets guests in the entrance of the boutique to tie in with the brand’s moto heritage.

The flagship opens in time for Belstaff’s exhibition of its archival collection called “Hollywood Legends” in the iconic Daikanyama Tsutaya bookstore. The exhibition celebrates Belstaff in iconic films from The Aviator, Ironman, and Dark Knight to I Am Legend and Twilight. An original Steve McQueen jacket will also be on display.

Highlighting Belstaff’s ties to Tinseltown, global brand ambassador and creative contributor Liv Tyler flew in to celebrate the new flagship. Tyler first worked with Belstaff as an executive producer for the brand’s film Outlaws starring David Beckham and later she starred in Falling Up, a Belstaff film chronicling the journey of Amelia Earhart. She has also co-designed two collections with creative director Delphine Ninous. Her Spring 2017 collection inspired by female rock ‘n’ roll icons of the ’70s will be available in the new Tokyo boutique.

“Having spent the greater part of my latter career in Asia, specifically in Japan, I am delighted to be bringing some of my experience and knowledge to our expanding business in this part of the world,” said Belstaff CEO Gavin Haig. “Ginza Six, our fifth opening in Japan, with a sixth planned by end 2017, shows our fast and strategic expansion in this important market. The Japanese influence on fashion and style can be felt globally, which is why we selected this great country as a key pillar market for Belstaff. The Japanese appreciation and appetite for modern heritage is key to our success here.”

NBD! Harper’s Bazaar Took Over The Empire State Building for a Night