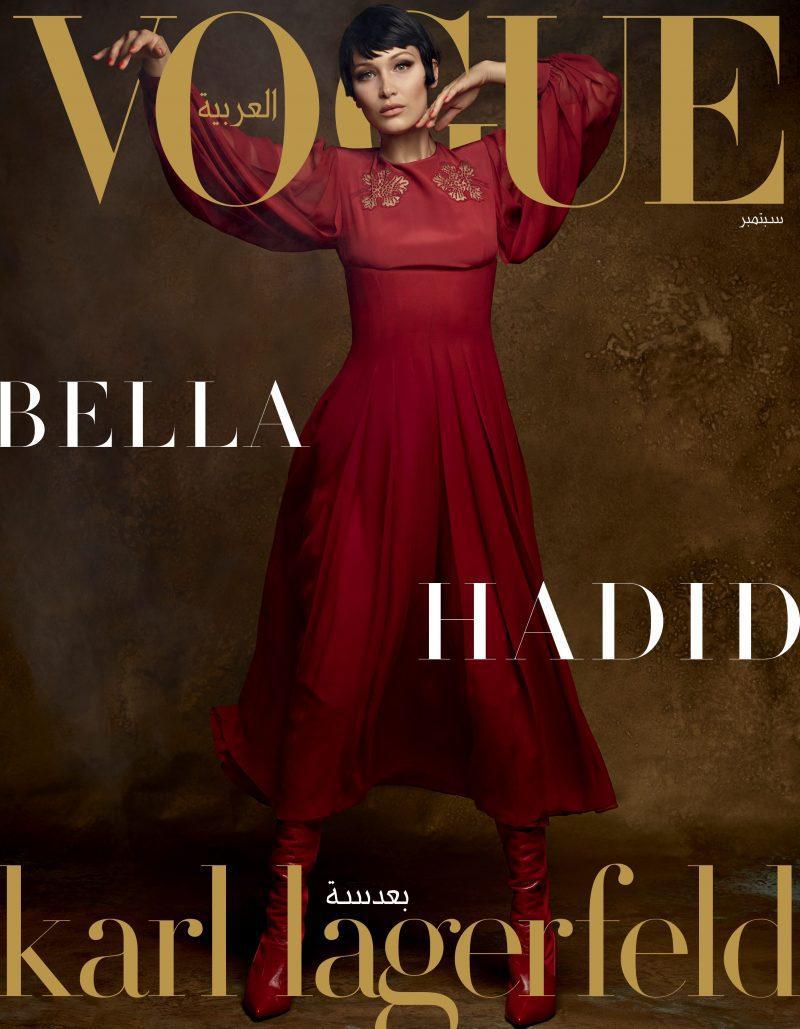 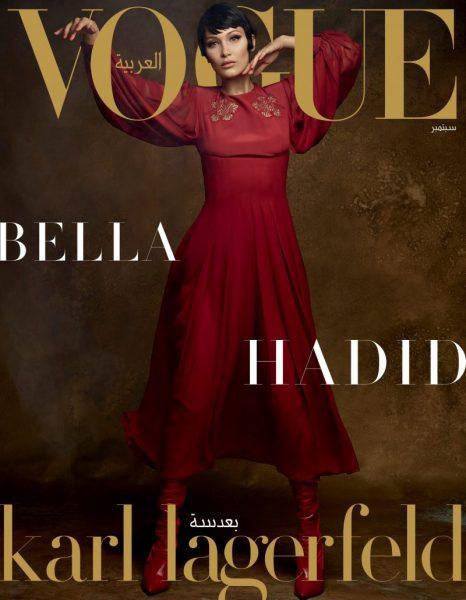 After a successful inaugural March issue with Gigi Hadid on its cover, Vogue Arabia tapped Bella Hadid to grace its first September issue, shot by designer Karl Lagerfeld. Naturally, the supermodel dons a series of head-to-toe looks from Lagerfeld’s designs, all from Fendi. On the cover, she wears a scarlet red silk dress with matching pointed-toe leather boots. In another image, she dons a black jacket with a PVC collar and fur-trimmed sleeves. The book’s original editor Deena Aljuhani Abdulaziz abruptly departed in April after just two issues, leading to the appointment of new editor-in-chief Manuel Arnaut.

“This issue is just the start of what we have in store for the remainder of 2017 and 2018. We have some incredible personalities confirmed and I can’t wait to share the covers with our broader audience in the region and abroad,” said Arnaut in a press release. “We are proud to produce a more than 300-page issue representing the best of Arabia, highlighting regional tastemakers and our most celebrated fashion designers. This issue was produced with passion and commitment by a dedicated team ranking as the largest and most highly qualified in the region.”

Inside, Lagerfeld participates in an open discussion about his creative process, work ethos, and discipline, as well as the importance of trusting your instinct. “It is very pretentious when I say that I am that creative. I don’t just decide to be creative, but it is like breathing to me,” Lagerfeld said in a press statement. “Most of the things I do, I see them when I am sleeping. The best ideas are the quickest. No brain. The idea must be like a flash. I can draw faster than I can talk. I never follow my second instinct. I don’t believe that you can do anything if it comes in second place. There are some people who are afraid of the white page, afraid of starting a new project, but not me.”

In a release, Vogue Arabia hinted that it has “a few surprises still up its sleeves” as well as a retail operation that’s launching in mid-September in Dubai, and looks forward to a “momentous final quarter of 2017.”

Grace Coddington to Be Honored at Clio Awards